Ahead of the visit of Bradford City on Saturday, we profile the man at the helm, Stuart McCall.

McCall is currently in his third stint as Bantams boss, having been Caretaker Manager in 2000 and then permanently in charge from 2007 to 2010 before returning once again in June 2016, where he has been ever since.

His latest spell in charge at the club has so far been his most successful, guiding the side to the League One play-off final last year, where they narrowly lost out 1-0 to Millwall at Wembley.

City and McCall look on course for another promotion bid this campaign too, currently sat 5th in the table having already played 27 games so far.

The ex-midfielder has a wealth of playing experience and a remarkable 830 senior appearances to his name shared across four different clubs, including Bradford and also boasts 40 caps for Scotland.

McCall's career began where he is right now, at Valley Parade, graduating from the youth system in 1982 where he would be a mainstay in their second divison side for six straight seasons.

After missing out in the 1987/88 season, McCall moved to first division side Everton where he stayed for three seaons, during which time he claimed a runners-up medal in the 1989 FA Cup Final after losing out to bitter rivals Liverpool, 3-2 after extra time in a thrilling game.

Despite not lifting any silverware whilst at Goodison Park, he did earn his first Scotland cap, playing in a 1-0 friendly win over Argentina in 1990.

A year after scoring that goal, McCall moved to Scottish giants Rangers, which would mark his most illustrious chapter at club level.

His seven-year stay at Ibrox was ladened with trophies and success as he lifted six league titles, three Scottish Cups and two Scottish League Cups and played European football for the first time in career, racking up 28 European appearances, many of which were in the Champions League.

As testament to McCall's contribution to the Gers, he was officially inducted into the Rangers hall of fame in February 2008.

In 1998, he returned to Bradford City where he was immediately appointed club captain and in his first season of his return, led the side to promotion to the top flight; a first for 77 years.

City spent much of the following Premier League season in the bottom four, and were tipped to be relegated, but a shock 1-0 victory over Liverpool on the final was enough to keep the Bantams afloat; however the following campaign would prove a bridge too far for McCall and the side, as they dropped out of the Premier League.

The Scotland international remained at Valley Parade for a further season, before being released in May 2002, a month after playing his testimonial against Rangers in front of a crowd of 21,000.

His final club was Sheffield United, where he combined a playing role whilst also coaching the club's reserves side.

He made 71 league appearances for the Blades, including the 2003 Division One play-off final, which United lost 3-0 to Wolverhampton Wanderers. 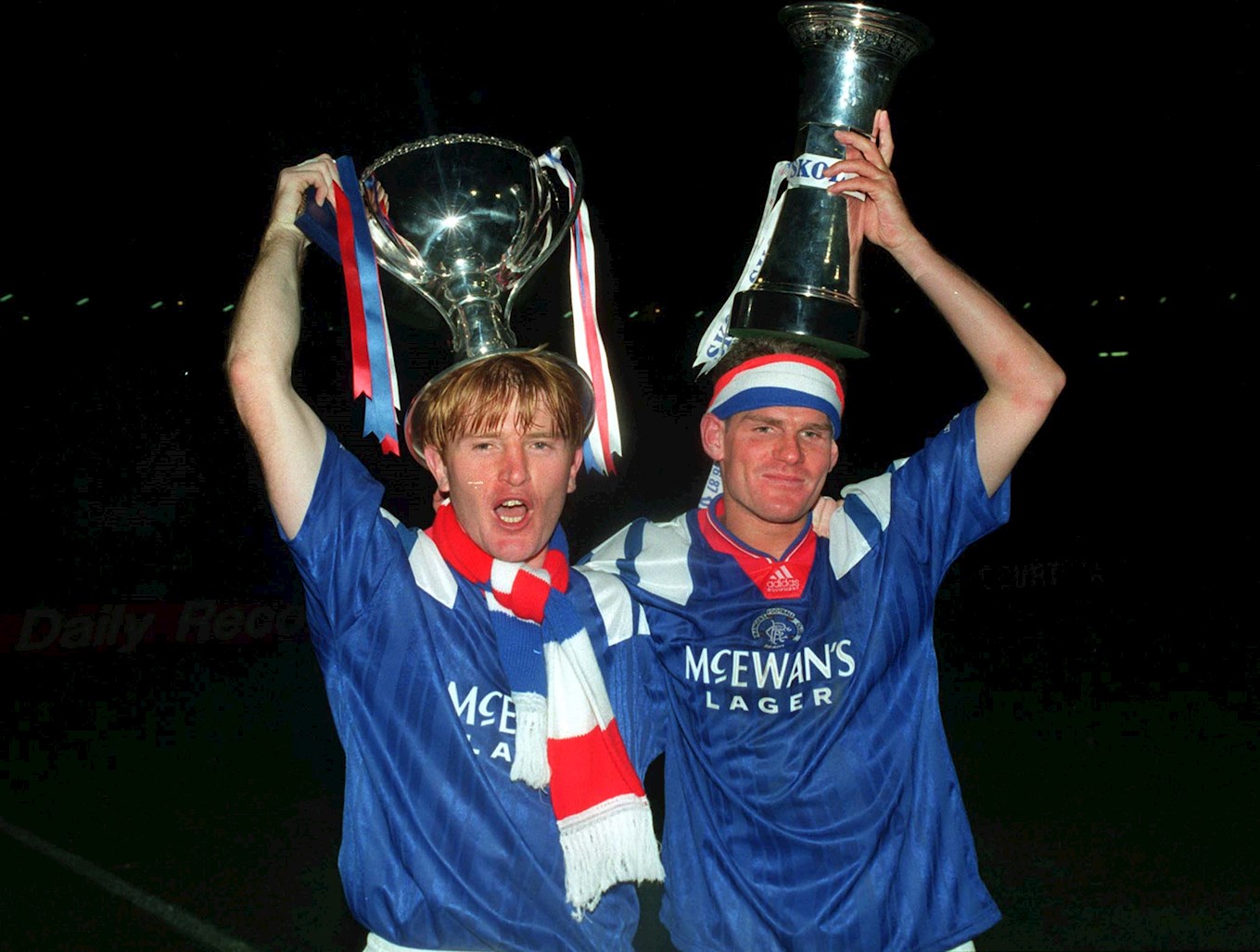 McCall stood in as caretaker boss at Bradford City in 2000 for two games following the sacking of Chris Hutchings, whilst still in his playing career and acted very much as a stand in appointment.

Following his retirement from playing, he took up a number of coaching roles before being given his first proper management job in June 2007, again at Bradford.

He remained in the Parader's hotseat for two and half seasons and his main objective was the restore the club to League One, something he failed to manage and left on mutual consent at the beginning of 2010.

The 53-year old would return to Scotland and management and the end of 2010, taking the reins at Motherwell.

His stay at the Scottish Premier League side was to be a lot more successful, as he guided the team to two second place finishes in four seasons.

He also managed the club in their first ever Champions League tie, a 5-0 aggregate defeat to Panathinaikos in the qualifying rounds in 2012.

Four months later, the former midfielder returned to Rangers to take up their vacant managerial post, signing a short-term deal until the end of the season.

His stay at Ibrox didn't extend beyond the current season, taking charge of just 17 games as the Gers finished 3rd in the league.

That summer he returned to Bradford City once again, replacing Phil Parkinson and has been in the position ever since. McCall has faced Rovers as a manager a total of three times in his career, all during his current job at Bradford.

The first was on 17th September 2016, and finished 1-1 at Valley Parade with Charlie Colkett scoring a late equaliser for Rovers to secure a point.

The reverse fixture birthed the same result, again with the hosts taking the lead through Chris Lines in the 15th minute, only for the scores to be levelled 10 minutes later.

McCall then claimed victory over the Gas in September last year, as his side came out 3-1 winners in Bradford, with Billy Bodin scoring a late consolation for Darrell Clarke's men. 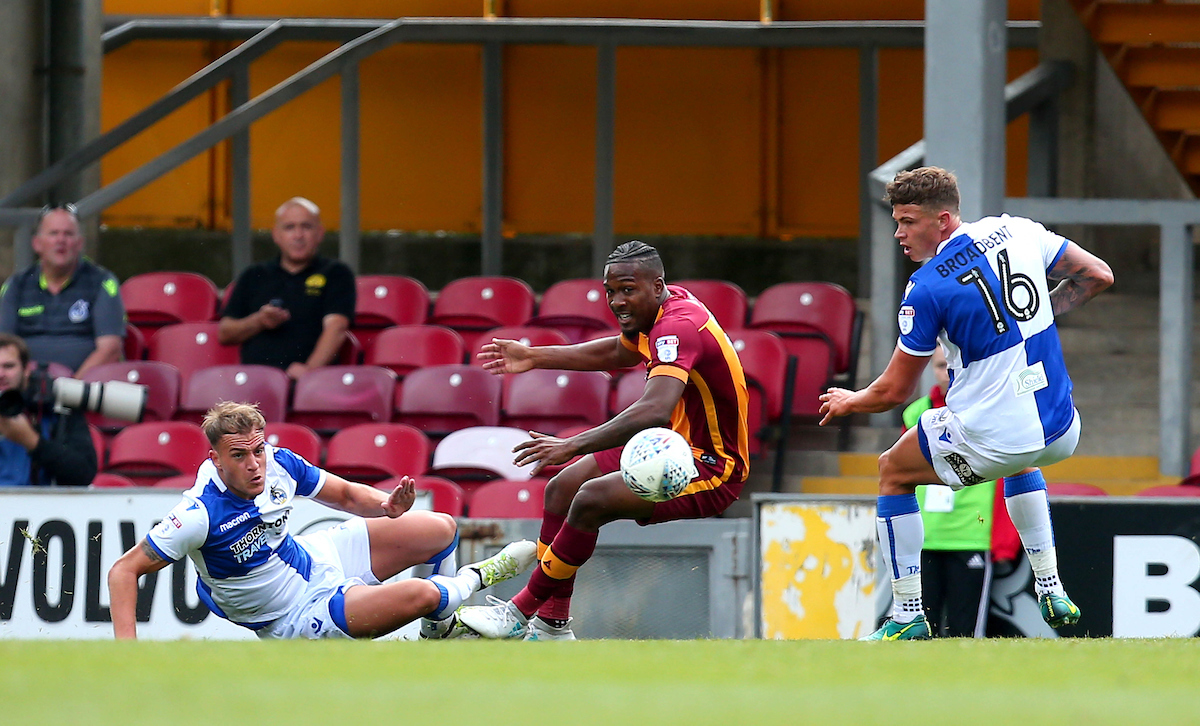