Rory Gaffney says the side will be looking to put things right against Bradford City on Saturday, having lost 3-1 to the Bantams in the reverse fixture last year.

Stuart McCall's side raced into a 3-0 lead at Valley Parade earlier in the season, with Billy Bodin scoring a late consolation for Rovers.

Frontman Rory is keen to set the record straight.

"We got turned over away from home in this fixture and the game was on TV so we'll be hoping to make amends for it." Rory told the club.

"It's more than just revenge though, it's also a chance to get more points on the board, we're only four off the bottom clubs with a game in hand so if we can get a few wins under our belts we can hopefully push away from them." 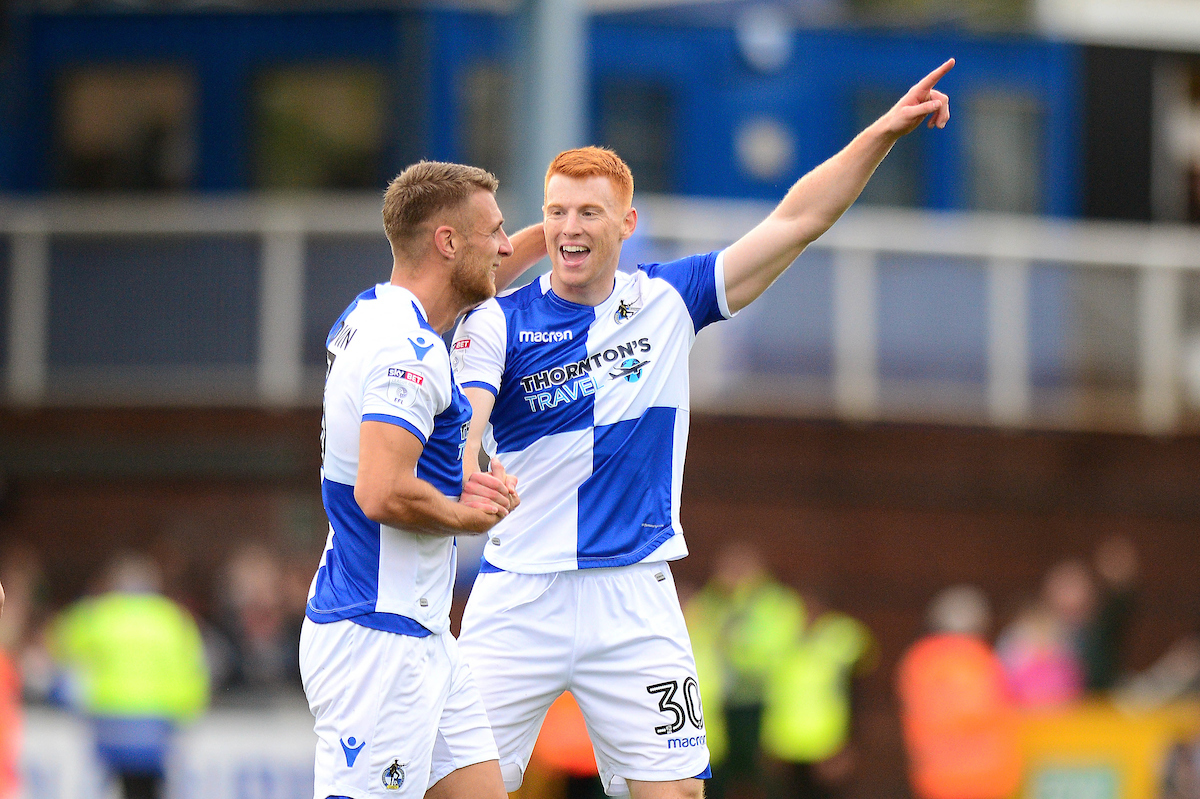 Following a clean sheet and away point as a result of the gritty 0-0 at Blackpool on the weekend, Darrell Clarke's men are now unbeaten in their last four games.

Despite representing value as a decent point on the road, Rory believes Rovers could've claimed all three.

"Yeah I think we had the better of the chances but Blackpool were probably disappointed they didn't manage to get the win themselves but looking back on the game I thought we definitely had more opportunities to score."

1,112 Rovers fans made the gruelling 400+ miles round trip up the M6 to Bloomfield Road on Saturday, and offered fantastic support to the side.

Rory also harked back to the support the last time out at the Mem, when the side scored two lates goals to triumph over Portsmouth.

"The fans always make noise and with the winner against Portsmouth the atmosphere was great and reminded me of the League Two days when we got a few late winners.

"I expect they'll be in good voice again on Saturday to help spur the boys on for a positive result."