Take a look back at two notable past encounters with Saturday's opponents Blackpool.

Rovers have taken on the Seasiders a total of 33 times since 1974, winning 12, drawing eight and losing 13.

We start with the most recent clash, which was the first time the two sides had met for 17 years and was a day to remember for the Gas.

Darrell Clarke's men went into this League One fixture with just three wins in eight and were keen to bolster their points tally.

The afternoon didn't exactly start off as planned, when Kyle Vassell put the visitors in front after just 12 minutes.

However, Rovers managed to go into the break level when the recently departed Billy Bodin struck home a left-footed drive five minutes prior to the interval.

The game looked to be heading for a draw, before Ryan Sweeney found himself forward in the 84th minute and rose highest to nod home before wheeling off in jubliation and lifting the roof on the Mem.

Gloss was then added to the result deep into stoppage time, when Ellis Harrison fired home after an impressive run into the box.

Watch highlights of that match below.

A significant result in the outcome of Rovers' season that year, as this victory crowned us 1989/90 Third Division champions ahead of rivals City, who finished runners-up.

Paul Nixon (pictured), David Mehew and Phil Purnell all netted in that win, as they and the rest of the team were mobbed by pitch-invading Gasheads at full-time!

The club gained a record 93 points that season and remained unbeaten at home during the season. 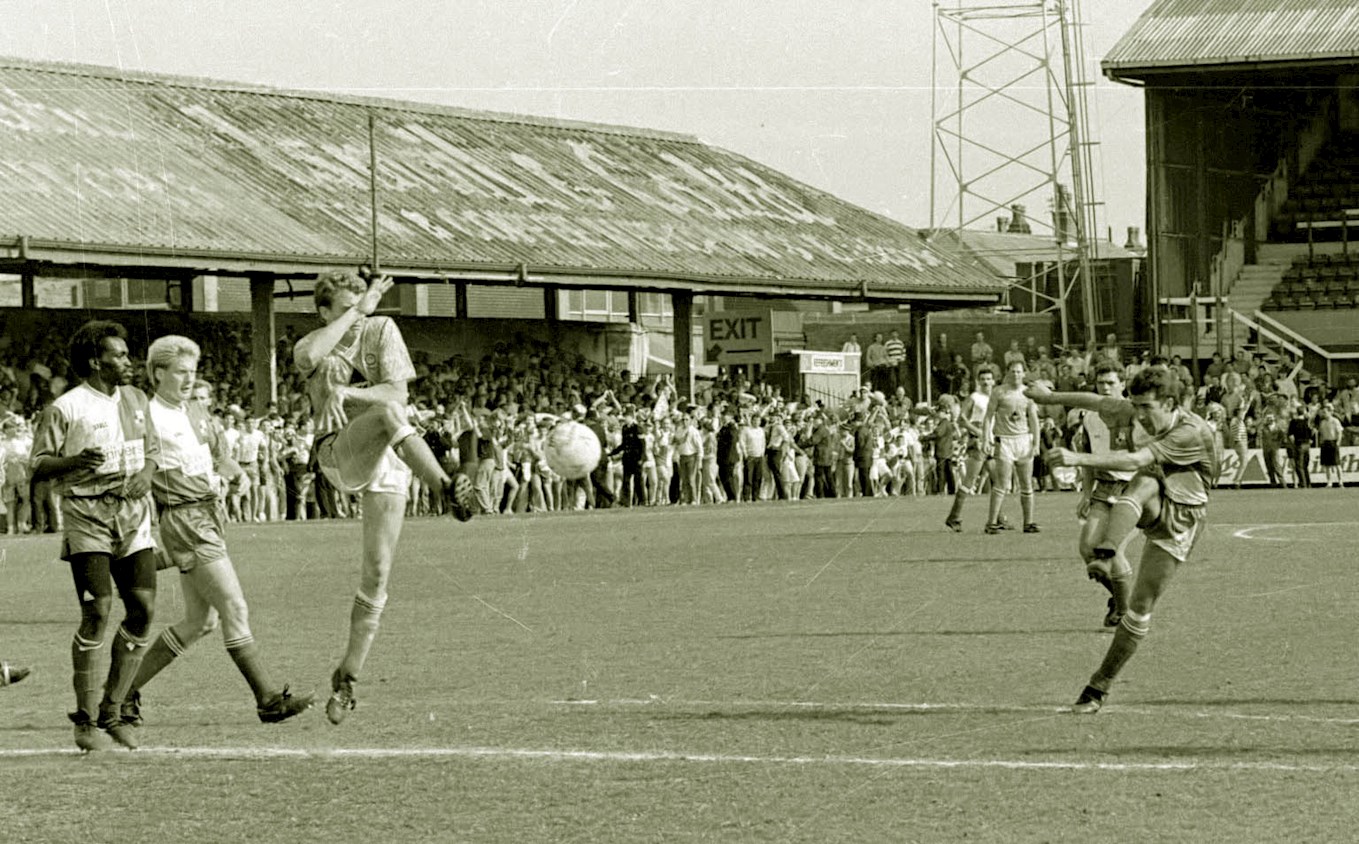