The shoe was on the other foot at the Mem on Saturday afternoon, as Shrewsbury Town scored late to secure victory and end Rovers' unbeaten run.

A largely uneventful game took over an hour to produce the first goal which was scored by the visitors and Omar Beckles, prompting Rovers into an immediate reply, with the unlikely Joe Partington bagging his second goal in two home games.

It was set up for a grand stand finish, with the Gas pressing for a winner, but were dealt a sucker punch two minutes from normal time when Aristote Nsiala scored to pinched the points for the Shrews and inflict Rovers first defeat for over a month. 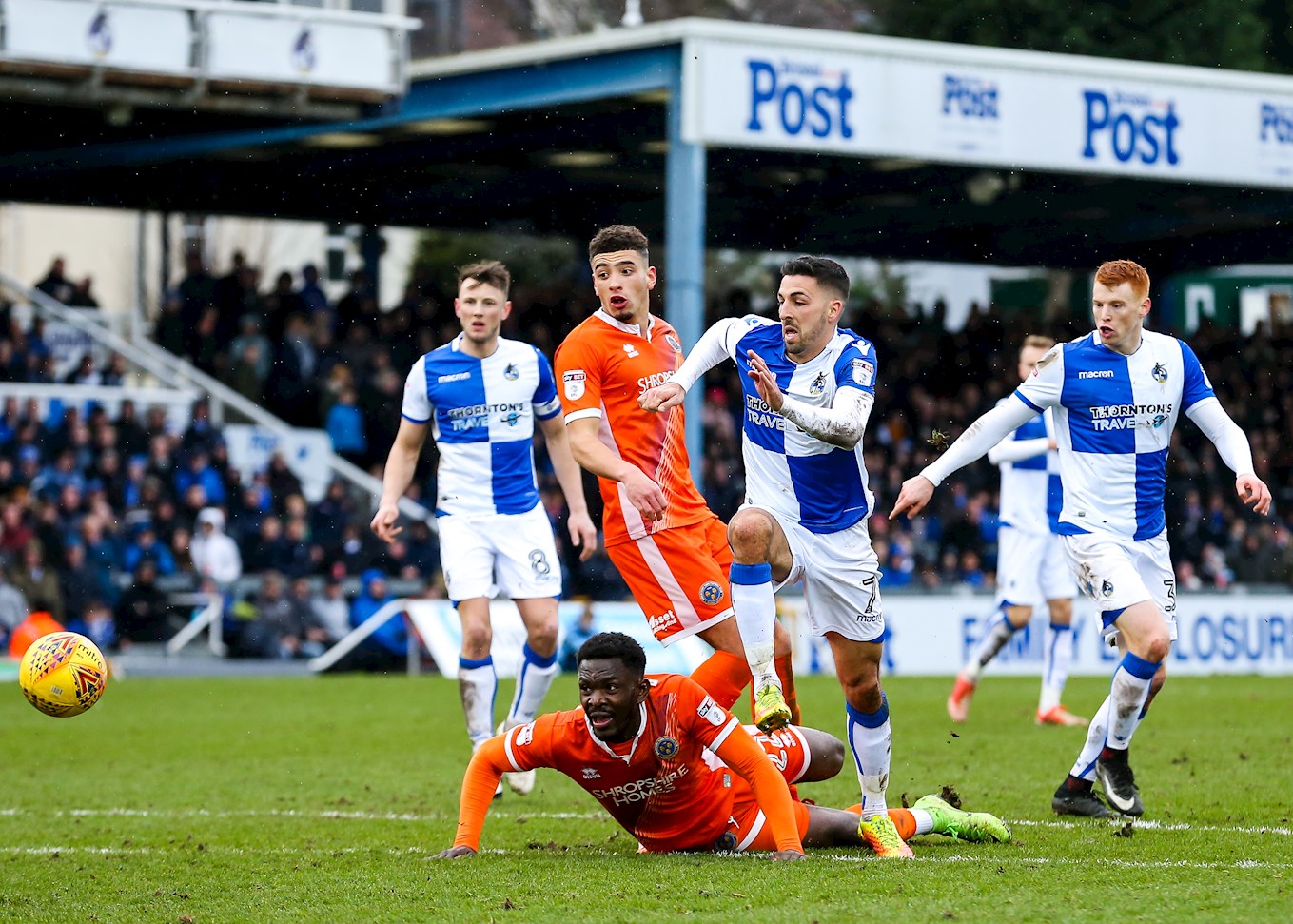 Darrell Clarke made just the one change from the side that won 3-1 at Doncaster Rovers, with new man Tony Craig making his debut in the centre of defence, meaning last week's goalscorer Ryan Sweeney took a place on the bench alongside deadline day signing Kyle Bennett. 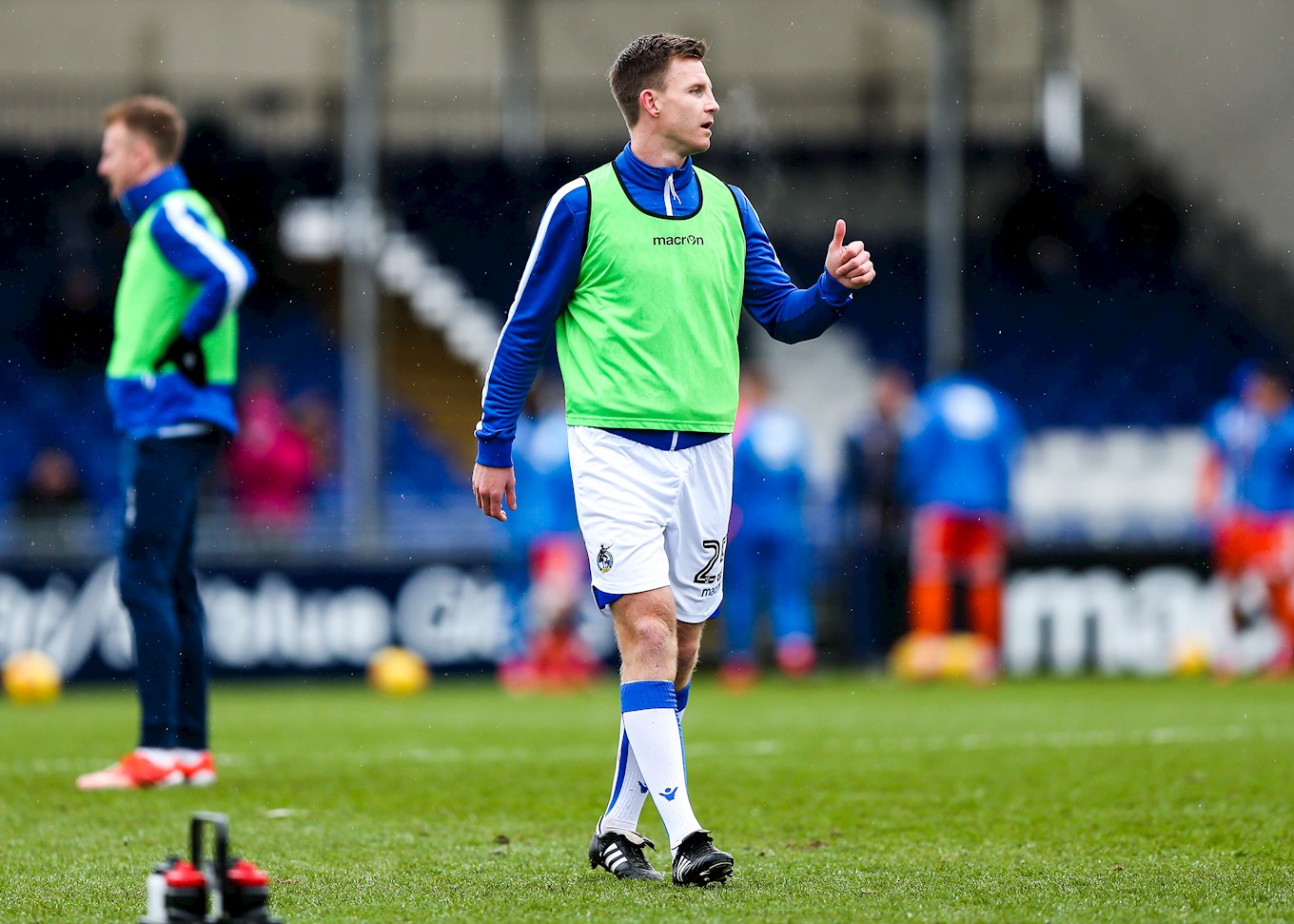 The opening 15 minutes were fairly quiet from both sides, Rovers' closest sights to goal coming from Ellis Harrison who twice was close to latching onto a cross but both times couldn't quite connect.

Shrewsbury probably had the Lion's share of possession at this point, but were unable to create much of note as Clarke's men kept a disciplined shape.

The game was still in need of invigoration and Tom Broadbent and Rory Gaffney teased Gasheads off their seats with a promising link up, but the latter dragged his shot wide.

With only a third left of the first half and very little to report, there was a penalty shout for Rovers as Gaffney appeared to be barged when chasing down a long ball, resulting in the forward staying down for some time; the referee waved away protests.

Three minutes later along came the game's biggest opportunity and it fell to the visitors, with Carlton Morris somehow missing the target from inside the six-yard box after he'd got on the end of a knock-down from a free kick. 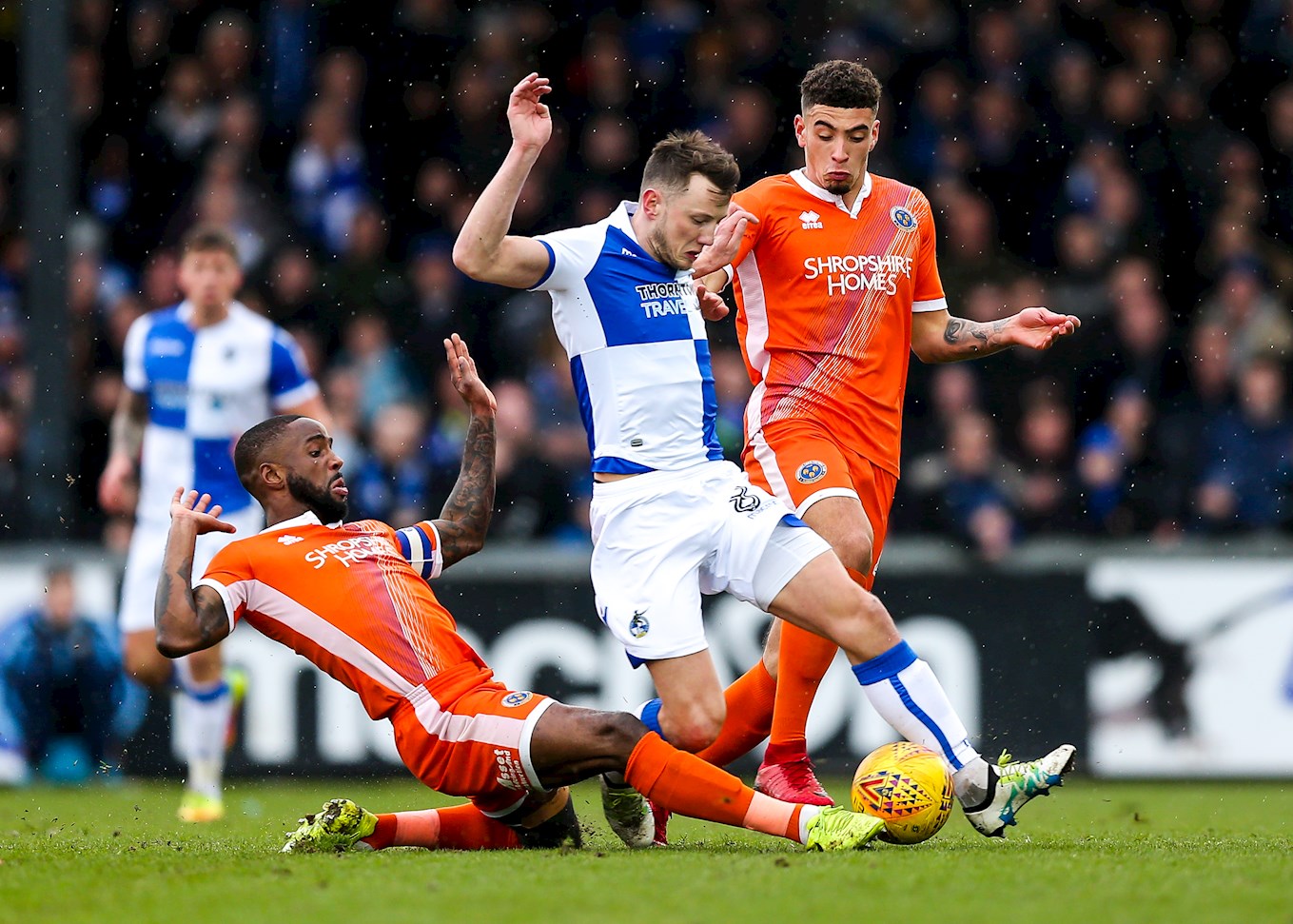 The second half began in similar fashion to the first, although Rovers were perhaps on the front foot more so than their opponents.

Whilst proceeding on the pitch weren't too enthralling at this point, there was some excitement to be had around the Mem, as Clarke handed new man Bennett a full 40 minutes to make an impression on his debut, coming off the bench to replace Clarke.

It had the feel of a game that needed a set piece to produce a goal, and that's exactly what happened on 62 minutes, but was sadly in the Shrews' favour as Beckles nodded home at the back post from a free kick.

However, no less than three minutes later the Gas were level with Partington making it two goals in two home games.

The ball popped out of the box and presented itself kindly to right-back, who rifled a low shot goalwards that took a slight nick off a defender before flying through the keeper's legs.

The equaliser buoyed the home contingency and substitute Bennett had the keeper at full stretch when his mishit effort flew up in the air and had MacGllivray scrambling to tip it over the bar.

As the game creeped towards the final 10 minutes, Rovers made their second change, with Bernard Mensah on at the expense of Gaffney.

Bennett then moved out to the left wing following Mensah's introduction, and got at his marker and beat him before squaring Harrison, but the forward couldn't get his feet sorted as a chance went begging.

If recent games were anything to go by, it should've been Rovers to go on to take a late lead, but instead it was the Shrews.

Substitute Alex Rodman went on a winding run down the left flank and managed to find a way into the box, before finding an angle past Adam Smith and the waiting Nsiala, who headed home on the line.

Just as four minutes of added time were indicated, Tom Nichols came on in place of Marc Bola in order to bolster a late surge for an equaliser, but it wasn't to be for the boys in blue and white. 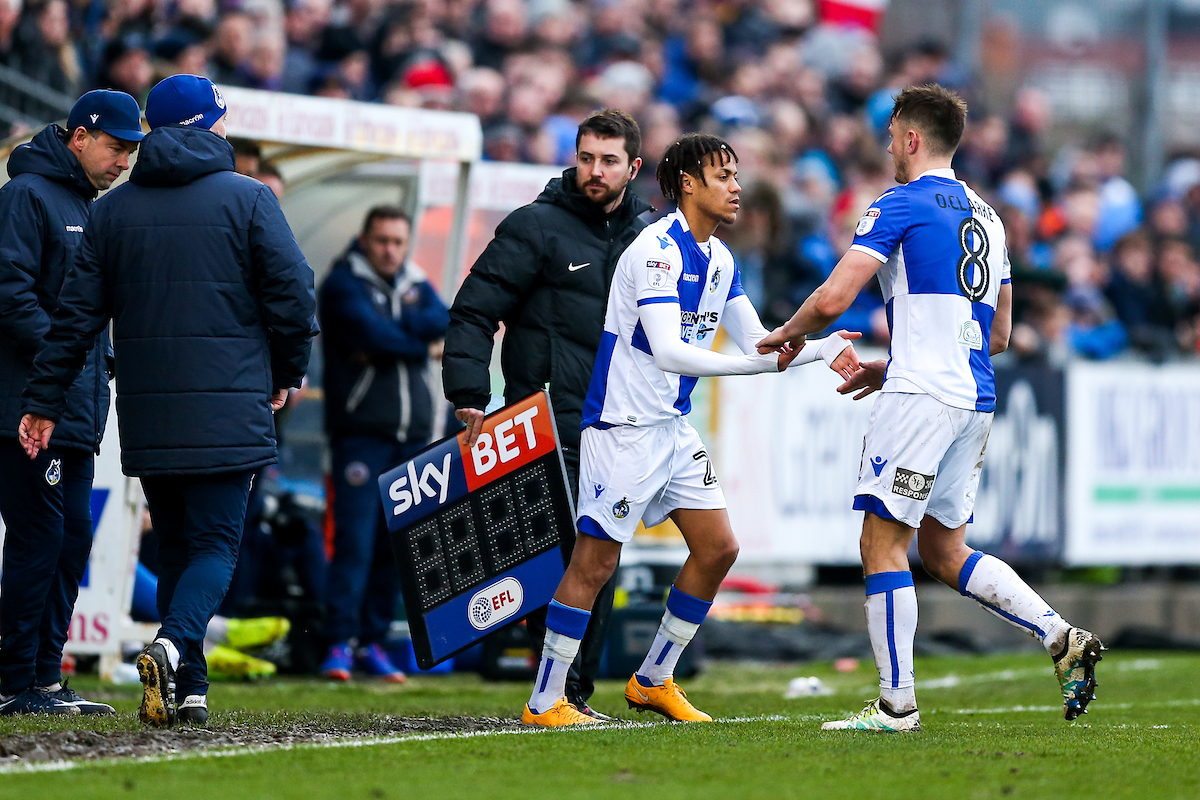