Bristol Rovers Football Club made sure no food from the club’s postponed clash with Wigan Athletic went to waste – by donating it all to Wild Goose Café, a local drop in centre that provides hot meals for those facing homelessness or extreme need.

Rovers were forced to call off their home game yesterday because of a frozen pitch.

Community Trust CEO Adam Tutton, Community Manager Matt Bennett and Commercial Director Tom Gorringe were adamant that the large amount of food prepared for the match did not go to waste and they quickly got in their car to take it to the centre on Stapleton Road.

Club staff said they have been preparing for a situation like this for some time and wanted to make sure the food went to a good cause. Bristol Rovers FC regularly work with the local community and this was a great opportunity to help those in most need during what will be the coldest few nights of the year. 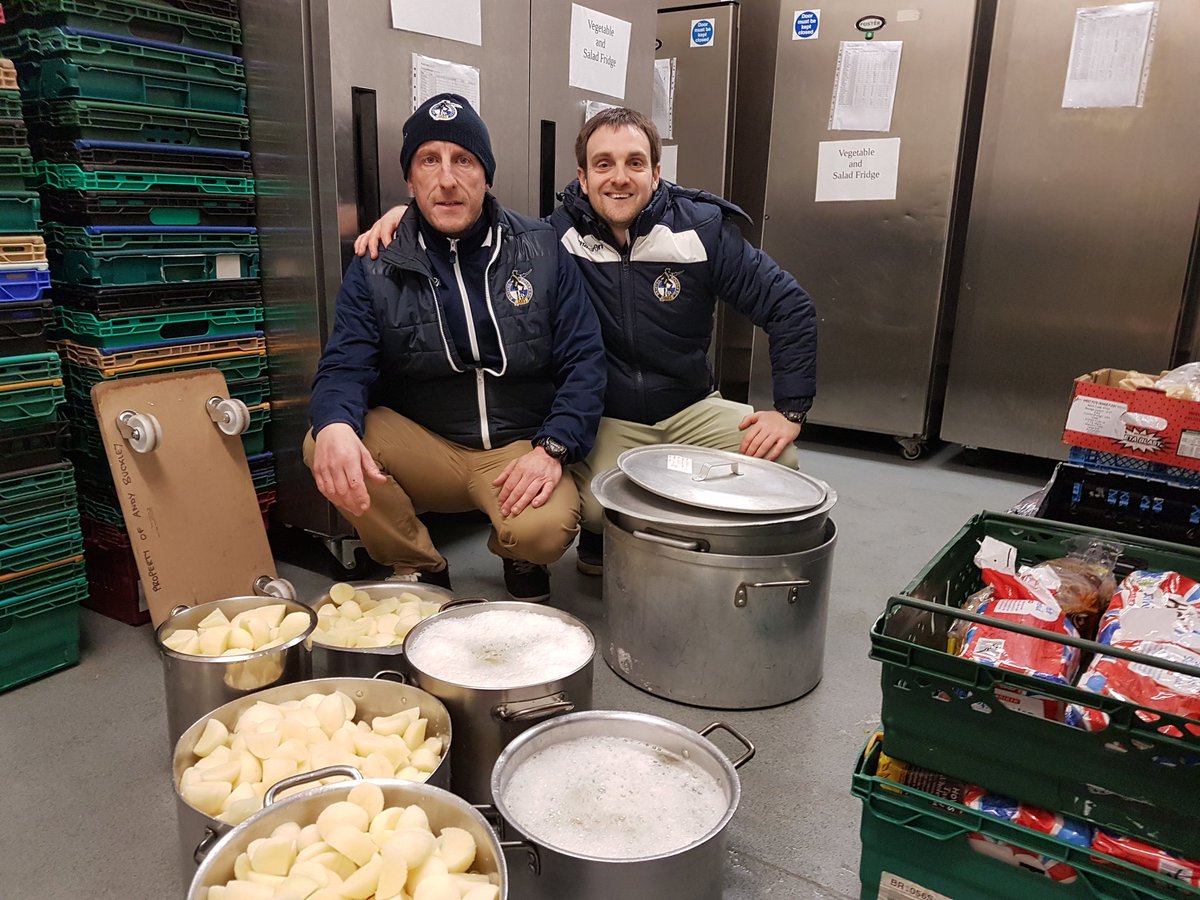 Adam Tutton, Trust CEO said, "We have been speaking to a few homeless charities and have a list of them in case something like this happens and we have left over food. This is the first time we have actually been able to do it and the club is delighted to be able to help feed those in need during this incredibly cold spell of weather. Wild Goose Café and Crisis Centre Ministries provide free hot meals, shower facilities, clothing and toiletries four days a week and six nights a week for the homeless and those in extreme poverty and Bristol Rovers Football Club are pleased to be able to help some of the most vulnerable people across Bristol".

Andy, deputy manager at the centre said, "Overwhelmed by the generosity of the boys, blown away. UTG!"

Due to another postponed event at The Memorial Stadium, there will be another large batch of food which is being planned to be delivered tomorrow.