With chances few and far between in the opening forty-five minutes, Liam Sercombe came closest to breaking the deadlock, as the midfielder's driven effort from outside the Dons area was deflected off target by a crucial block from Deji Oshilaja.

As the game progressed into the second half, opportunities on goal were still at a premium. A free-kick from Chris Lines picked out the run of Ellis Harrison inside the Dons area, but the striker could only direct his headed attempt wide of goal.

Inside the closing twenty minutes, a powerfully struck shot from Joe Partington tested George Long, with the Dons 'keeper able to push Partington's attempt wide of the target, while Adam Smith made a comfortable stop to deny Harry Forrester from range.

The game looked set to end goalless, but a late header from Joe Pigott broke the deadlock deep into injury time to deny Rovers a point. 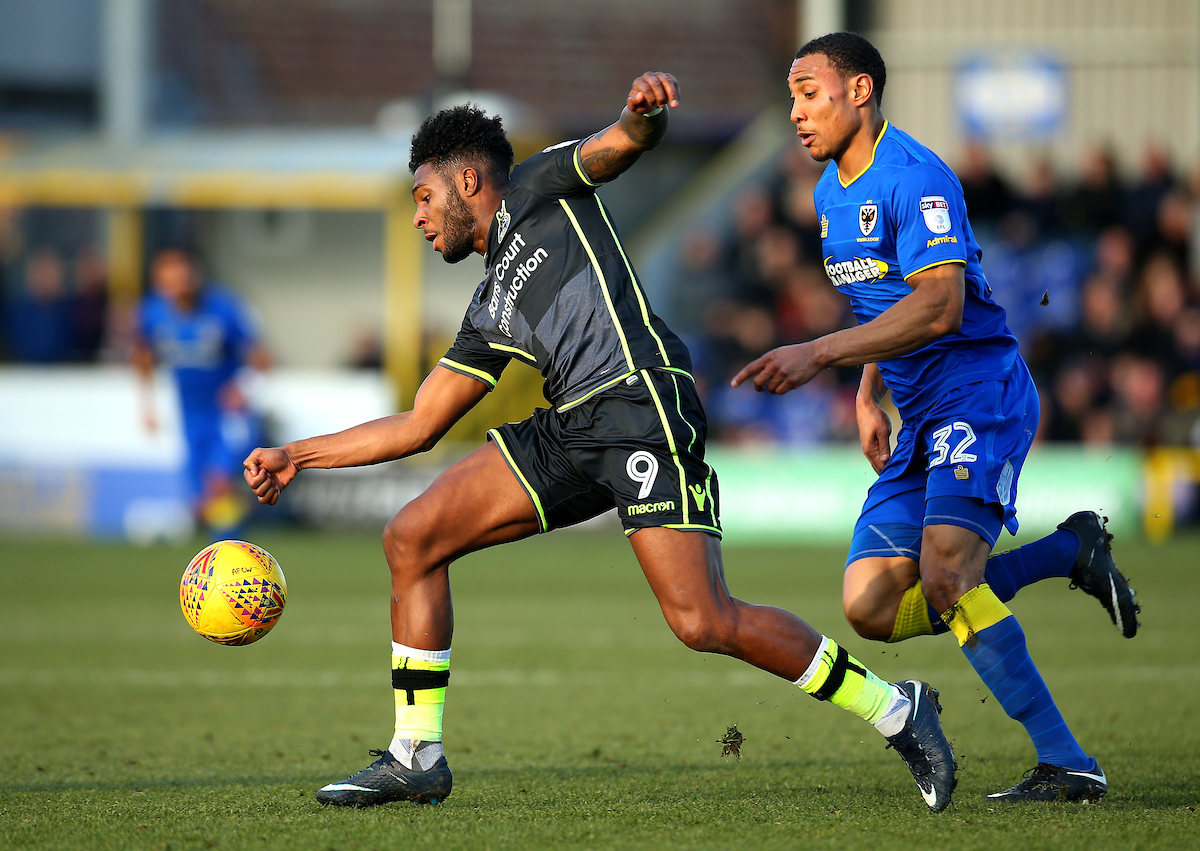 In the build-up to the game, Manager Darrell Clarke opted to made four changes to the side that started Tuesday's victory over Rochdale.

Captain Tom Lockyer made a welcome return to the starting eleven, featuring for the first time since January's fixture against Bradford, while Marc Bola, Kyle Bennett and Ellis Harrison were all included on the teamsheet to face to the Dons.

On the bench, James Clarke returned to the matchday squad, as the defender continued to edge towards a return from a long-term injury that has sidelined him since the opening day of the season. 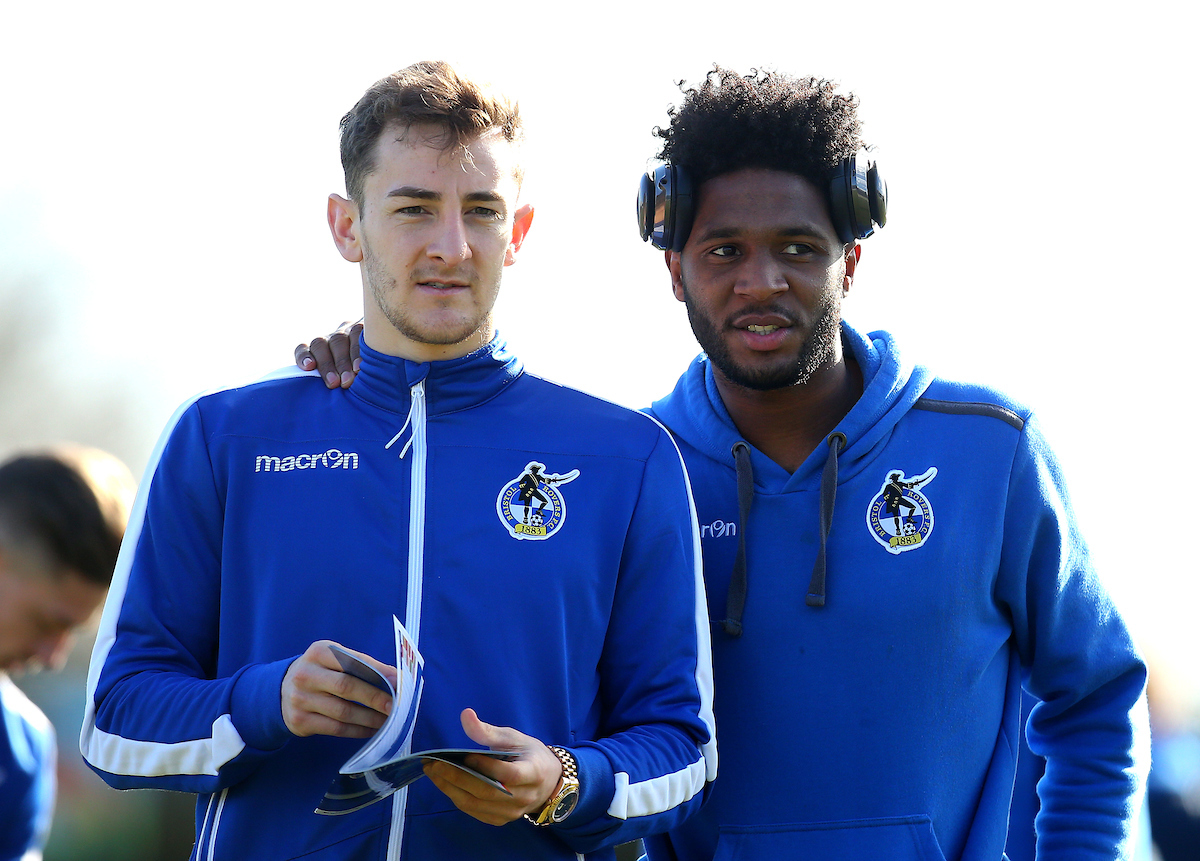 During the opening phases of the encounter, Rovers enjoyed the majority of the possession on the narrow surface at Kingsmeadow. A heavy challenge on Stuart Sinclair inside the final third lead to Kyle Bennett working a disguised quick free-kick to the open Ollie Clarke, but the midfielder couldn't quite force a shot on target from outside the area and had to settle for a chipped ball into the box that was cleared away by the Dons defence.

Ellis Harrison looked to keep the AFC Wimbledon defence occupied with his movement, with the striker pulling Darius Charles out of position to meet a Chris Lines cross into the area, but the striker's glancing header flashed wide of the target.

It was the hosts who registered the first shot on target, as Cody McDonald controlled a bouncing ball on the edge of the Rovers area and was able to evade the challenge of Tom Lockyer. The striker managed to hit a powerful volley towards the target, but for fortunately for Rovers McDonald's attempt nestled straight into the arms of Adam Smith, who had burst of the goalmouth to narrow the angle.

McDonald was involved again moments later inside the Rovers penalty area, as the forward cushioned a far-post header towards Liam Trotter, who slightly off-balance blasted a volley over the crossbar from a threatening position.

A flowing move down the left that involved the combination of Chris Lines, Kyle Bennett and Marc Bola carved out an opportunity on goal for Darrell Clarke's side midway through the first-half. Bola managed to find space deep in the final-third to deliver a cross into the area that found Liam Sercombe. The midfielder was able to take control of the cross and lay-off a pass to Ollie Clarke, who saw his right-footed effort flash narrowly past the upright.

Rovers enjoyed success down both flanks, as both Chris Lines and Joe Partington fired dangerous driven crosses from the right that required Dons 'keeper George Long to take action, with the shot-stopper almost spilling Lines' delivery into the path of Ellis Harrison, who was made a darting run to attack the ball at the near post.

In ten minutes before half-time Rovers looked to impose themselves on the game and almost went ahead as Ellis Harrison made a forceful run in behind the host's defence. As Ellis arrived at the edge of the area, he looked to switch the ball to his right-foot but saw a stray boot deflect the play into the path of the onrushing Liam Sercombe. The midfielder had the opportunity to look up at goal to direct a low effort towards the target, but a block from the backtracking Deji Oshilaja prevent Sercombe's effort from finding the target. 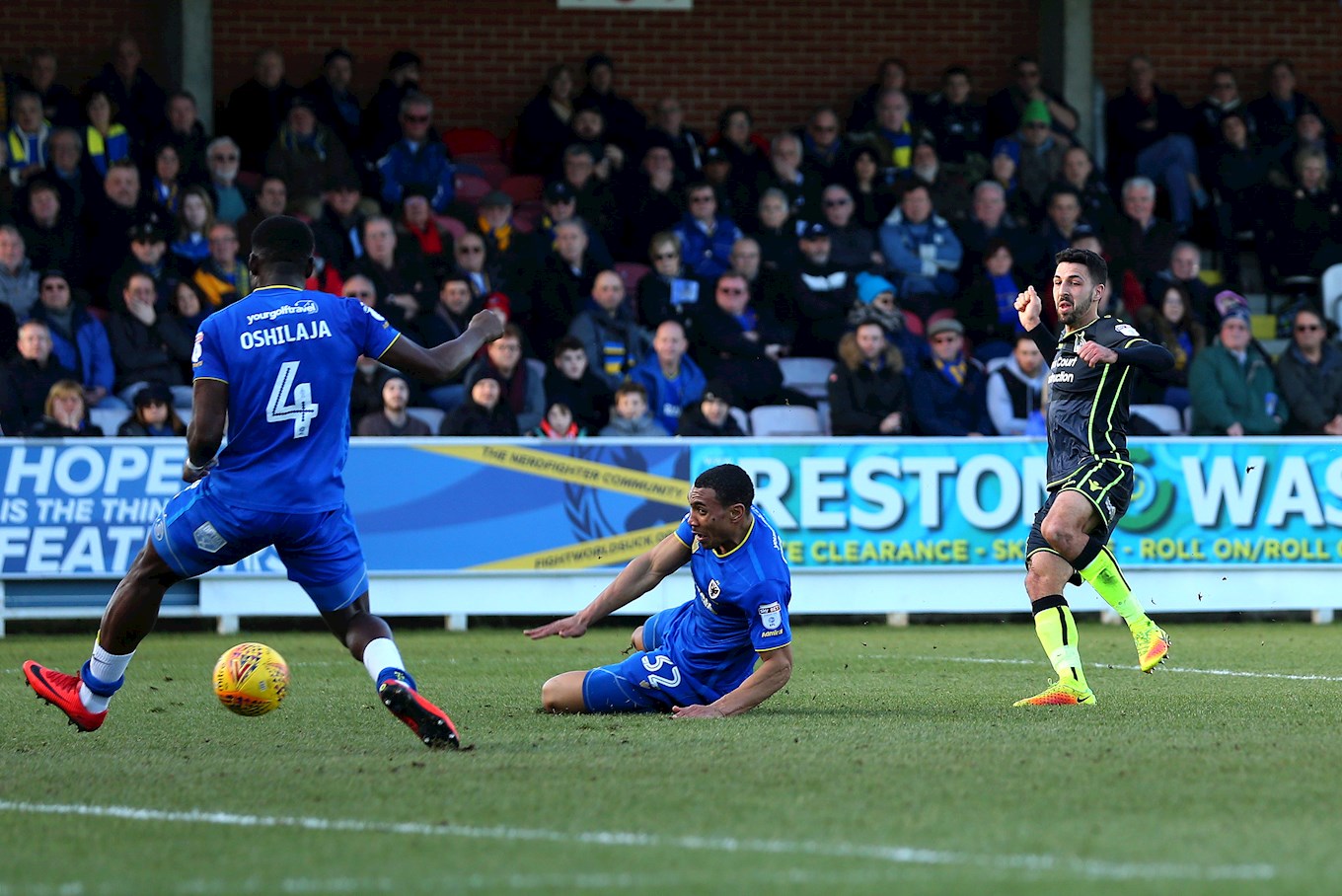 In first-half stoppage time, Rovers lost Ollie Clarke to injury, as the midfielder was forced off with just minutes of the half remaining and was replaced by Byron Moore, as the sides went into the half-time interval with the scoreline level.

Substitute Byron Moore started the second half in a bright manner, embarking on a winding run forward that saw the winger break to the fringe of the Dons penalty area. With his path to goal congested, Moore attempted to slot a pass through to Ellis Harrison, but George Long was quick off his line to claim the ball ahead of the Rovers striker.

Moore continued to be a threat down the right and adventure into the final third from the winger won Rovers the first corner of the game inside the opening minutes of the second half. Chris Lines was tasked with taking the set-piece and whipped a threatening delivery into a congested six-yard box that was cleared over the Dons crossbar by Cody McDonald.

It was another Chris Lines set-piece that created an opportunity for Ellis Harrison. Lines' floated free-kick was played into the path of Harrison's run, but meeting the ball unmarked, the striker could only direct his header back across goal and wide of the target. 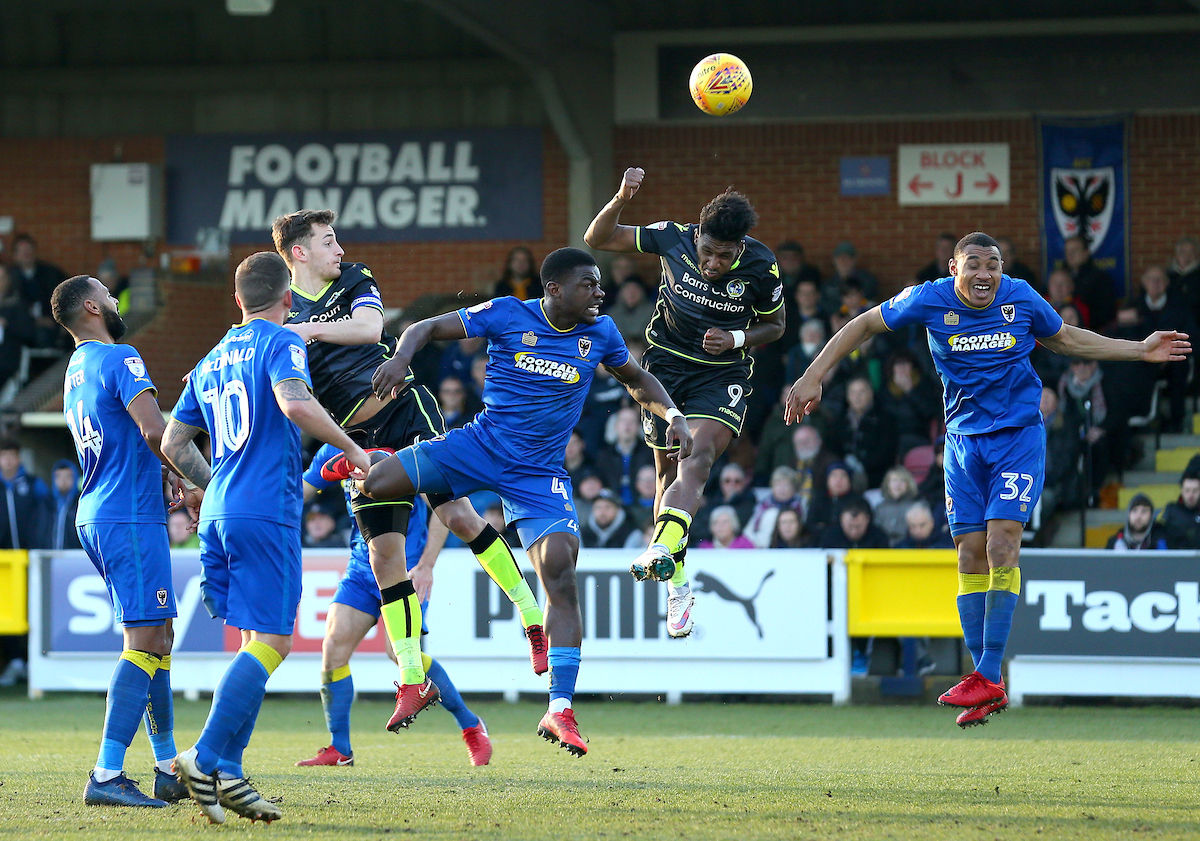 The Rovers back four had to be alert from advances from the home side. Tony Craig was able to read the play to make an important header from a dangerous cross from the left, as Tom Lockyer showed good strength from the resulting corner to deny Deji Oshilaja a header at the far-post.

Following his recent form in front of goal at the Mem, Joe Partington almost added an away goal to his collection, as the defender saw his forcefully struck effort from outside the area test George Long, who could only push Partington's effort wide before collecting the loose ball at his second attempt.

With limited time remaining in the encounter, both sides upped the urgency to create chances. Rory Gaffney couldn't take advantage of the ball breaking to him inside the AFC Wimbledon area, with the Dons defence quick to block the striker's sight of goal, while Harry Forrester saw his long-range attempt easily gathered by Adam Smith.

With seconds remaining on the clock, Rovers failed to clear the ball which allowed Harry Forrester to launch a cross from the left that was glanced home by substitute Joe Pigott, with the close-range header giving Adam Smith little chance to make a save.