Our Matchday programme, The Pirate, has been voted joint runner- up in Programme Monthly’s quest to determine the best programme in league One.

Top of the pile were Rochdale and we offer them our congratulations on winning the top prize and also say well done to Oxford United, the other joint runner-up.

This is what Programme Monthly had to say about our publication; ‘The Pirate is a one-off in terms of its approach to content.

‘Just a Thought is a good general football column and Pirate Sounds is an unusual page on music played over the PA at home matches.

‘Bull’s Eye is another personal column, increasing the feeling that Rovers’ issue goes well beyond the often formulaic template of the average matchday issue.

‘The visitors’ section runs for five pages and is strong on both past and present.

‘It’s back to the fan-written columns with back to the 70’s, which recalls some aspect of that decade in football and Double Bubble is another, in which a former player with links to Rovers and the opposition is interviewed.

‘It happened in…(whatever the month is) recalls the events of that month in a previous year, over two pages, before Rovers’ Miscellany looks at some club trivia in depth.

‘There are two short features on memorabilia and past programmes and more columns such as Ruth of the Rovers, Eclectic Blue and One 2 Watch. There is an isolated page on the visitors entitled The Four Quarters which looks at the history of the club colours, its ground, a notable cup run and a collectable.

As well as Dr. Scumbrum’s Pirate Poetry page there are a number of good one-off articles and interviews with current squad players dispersed throughout the issue.

‘With a relatively low ad page count for a programme of this thickness, it’s safe to say there is plenty of varied, opinionated reading for Rovers fans, much of it written by their fellow supporters.’

Everyone at the club would like to thank all contributors, sellers, photographers, designer Ann Walter and printers Pensord for helping us achieve such a high standard this season.

Programme Monthly & Football Collectables available from 11 Tannington Terrace, London, N5 1LE and a three-month subscription costs £12.90. Well worth it – try it and see! 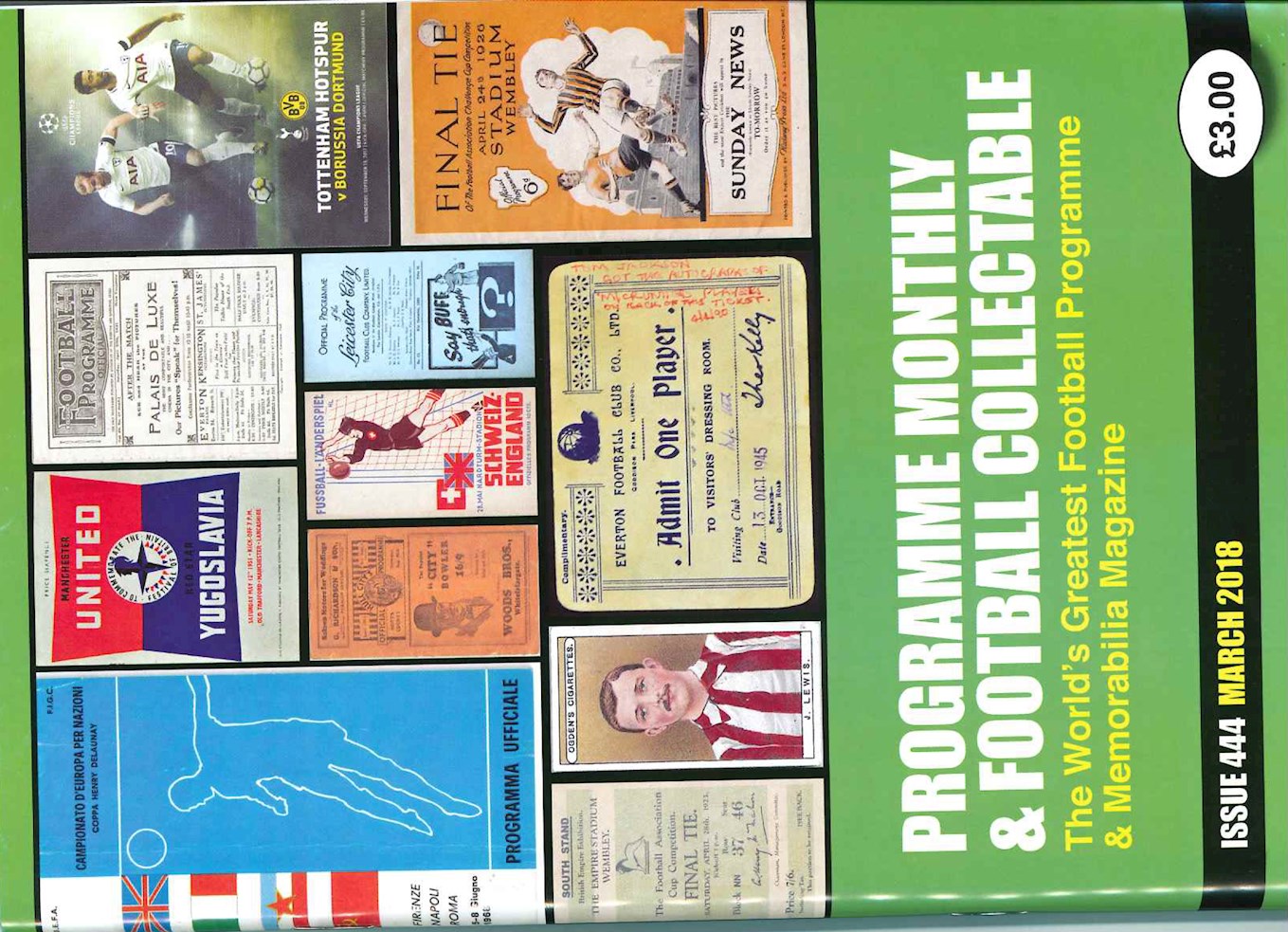