Ellis Harrison believes a point was the least Rovers deserved against Scunthorpe United on Saturday afternoon.

Rovers looked to be heading for defeat after the Iron had taken the lead against the run of play with half an hour left, until Ellis netted an equaliser in stoppage time.

The striker believes the side got what they deserved in the end.

"We deserved to get a point at least, we could've gone on to nick it at the end but it just wasn't to be," Ellis told the club.

"We've gone a goal down loads of time this season but most the time we react well to come back and get something from the game.

"To maintain the levels of energy we did on this pitch is difficult and by the 75th minute you're usually drained, so for us to keep going and get late goals and points is a testament to the lads."

It's safe to say the game wasn't a classic, with the pitch in a difficult condition despite the club's ground staff's best efforts to rectify the issue which was beyond their control.

As a result, Rovers had to adapt their playing style despite a desire to play attractive football.

"Every week the pitch here is a grind and we're a good footballing team but you can't play football on a pitch like this and you've got to find other ways to win and get results.

"We've got to adapt, we've conceded another poor goal and we had to pull each other out of it.

"It's better to play on the deck if you can and hopefully starting next season the pitch will be a lot better so we can play how we want to play." 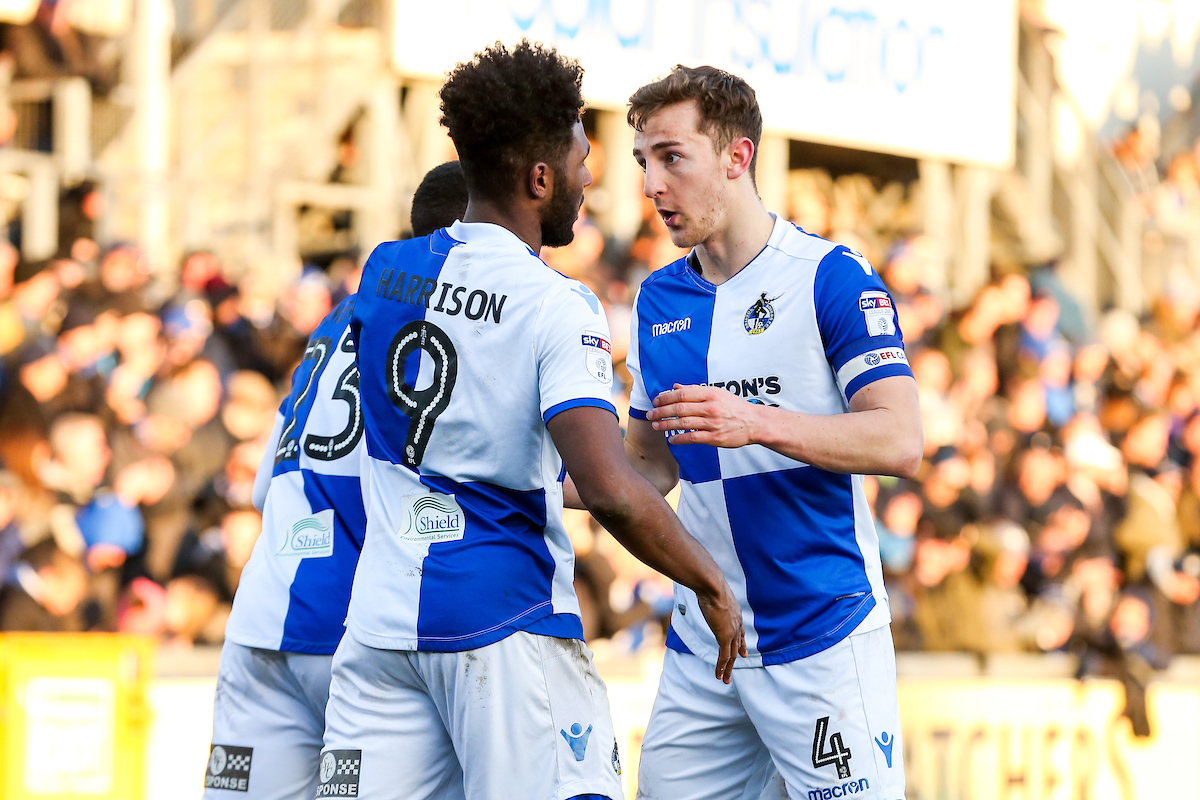 Ellis worked his socks off despite the conditions and was able to clinch a goal and point late in the game, no less than he or the team deserved.

"It was good build-up play from Partington, Mensah and Sercombe before that, a few one-twos around the box and then Sercombe has driven the ball front post and the defender just messed up his clearance and it fell to me and I've just finished it.

"I should've got the first contact on it but a bit of luck, which I felt I deserved, meant it fell to me a yard out and I just stuck it home.

"Last Saturday at Wimbledon our defenders defended well all game and we as strikers couldn't get them out of trouble but today we have."

Tom Lockyer continued at centre half in the game following his return from injury and his teammate, friend and compatriot had nothing but praise for the skipper.

"Locks was unbelievable and that's why he's in the Welsh set-up, he's been class, he had a slight dip to be fair but since he's signed his new contract he's back to his best and there's only more to come."