Kyle Bennett and Ellis Harrison were both on the scoresheet as Rovers came from behind to defeat Oxford at the Kassam.

The home side marked the first goal of the game inside the opening two-minutes, as Joe Rothwell took advantage of a one-one-situation with goalkeeper Adam Smith, lifting a finish out of the reach of the Rovers shot-stopper to put Oxford ahead.

Rovers responded well with Chris Lines and Tom Broadbent coming close to testing Simon Eastwood, but Oxford were able to preserve their lead heading into the interval.

In the second-half Rovers had chances to level the game, as Liam Sercombe had two opportunities to find the net against his former club, but although Rovers played the majority of the game inside the Oxford half, they couldn't force home an equaliser, until Kyle Bennett marked his full Rovers debut with an instinctive close-range finish.

Rovers weren't finished with scoring and went ahead with just ten minutes remaining, as Ellis Harrison converted from an Ollie Clarke delivery to seal the three points for Rovers, to pick up back-to-back victories on the road. For the encounter as the Kassam Stadium, Manager Darrell Clarke opted for three changes to his starting XI. There was space in the starting line-up eleven for Daniel Leadbitter, Lee Brown and Bennett, with our new signing making his full debut after featuring as a second-half substitute last weekend against Shrewsbury.

It was the hosts who were able to put an early stamp on the game, scoring the opening goal inside two minutes. Adam Smtih was rushed into making a clearance on the edge of the Rovers penalty area and wasn't able to get the distance required to clear the danger. Smith's clearance fell to the feet of Issac Buckley-Rickets, who edged closer to goal before picking out the run of Joe Rothwell, who made no mistake in firing his finish into the roof of the net, out of the reach of Adam Smith to put Oxford ahead.

Rovers were forced into making an early change on the ten-minute mark. Leadbitter, who was featuring in his first game since Boxing Day, signalled for a substitution and was replaced in a like for like switch with Joe Partington.

Substitute Partington was immediately involved in the action, as the right-back burst into the final third to deliver a low cross into the area. Partington's cross wasn't cleared at the near post and ran across goal to Harrison, but the striker couldn't adjust his balance to direct an effort towards goal.

The chance signalled a good spell for Rovers were registered numerous chances in quick succession. Chris Lines saw his powerful volley from outside the box rebound back to him, as the midfielder reacted quickly with a looping header towards goal that had to be tipped over the crossbar by Simon Eastwood. From the resulting corner, Tom Broadbent managed to break free from his marker and attack the ball at the near post, but his bullet header flashed narrowly wide of the upright.

In the final stages of the first half, Lines made a vital interception inside the Rovers penalty area to prevent a cross from Todd Kane causing problems inside the six-yard area. Straight after Lines' defensive duties were carried out, Rovers broke upfield and Stuart Sinclair took advantage of a sight on goal to fire a powerfully struck attempt wide of the target, as Oxford held onto their lead heading into the interval.

After the break, Rovers looked to set implement an attacking outlook and started the remaining forty-five minutes brightly. Lee Brown did well to shield possession down the left and was able to shape a cross into the box that took a heavy deflection, which resulted in the ball reaching Simon Eastwood at an awkward height. The half chance was quickly followed by a well-weighted ball into the box by Kyle Bennett, which was met by the towering Liam Sercombe, was sent a close-range header narrowly wide of the target. 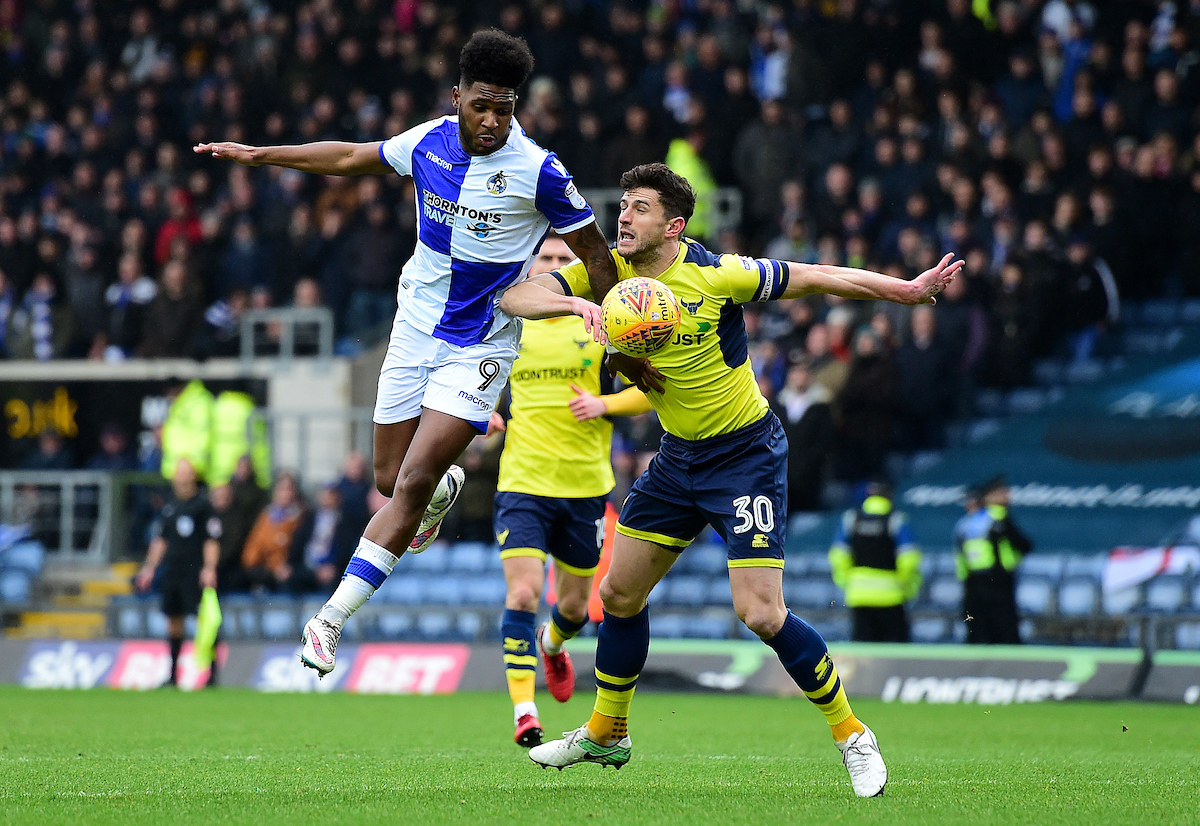 Spurred on by the vocal travelling fans, Rovers looked to up the tempo. Lines managed to run with the ball unopposed towards the Oxford area and looked to slot a pass through to Stuart Sinclair, but the ran slightly behind the run of the industrious midfielder. Liam Secombe then had a clear view of the target after Ollie Clarke had cushioned a header into his path, but looking to send the ball back across goal the midfielder saw his attempt deflected behind for a corner.

As the hour mark passed, Rovers continued to spend prolonged periods of the game inside the Oxford half. Following a flowing move that saw both Bennett and Sercombe have chances deflected clear, the ball broke to Partington, who produced a driven effort towards the target that was blocked by an outstretched leg inside the Oxford penalty area. Partington's chance saw the ball break to Lines, as the midfielder shaped a dangerous cross into the congested area in front of goalkeeper Simon Eastwood, but attacking the ball off-balance, Harrison could only glance a header wide.

After asking questions of the Oxford defence Rovers were rewarded with the equaliser with just over twenty minutes remaining. Lines started the move, with a quick free-kick that allowed Lee Brown to cross from the left-wing. Brown's cross was headed towards goal by Harrison, but a deflection saw the ball arrive at the feet of Bennett, who was able to slot home a close-range finish to restore balance to the scoreline. 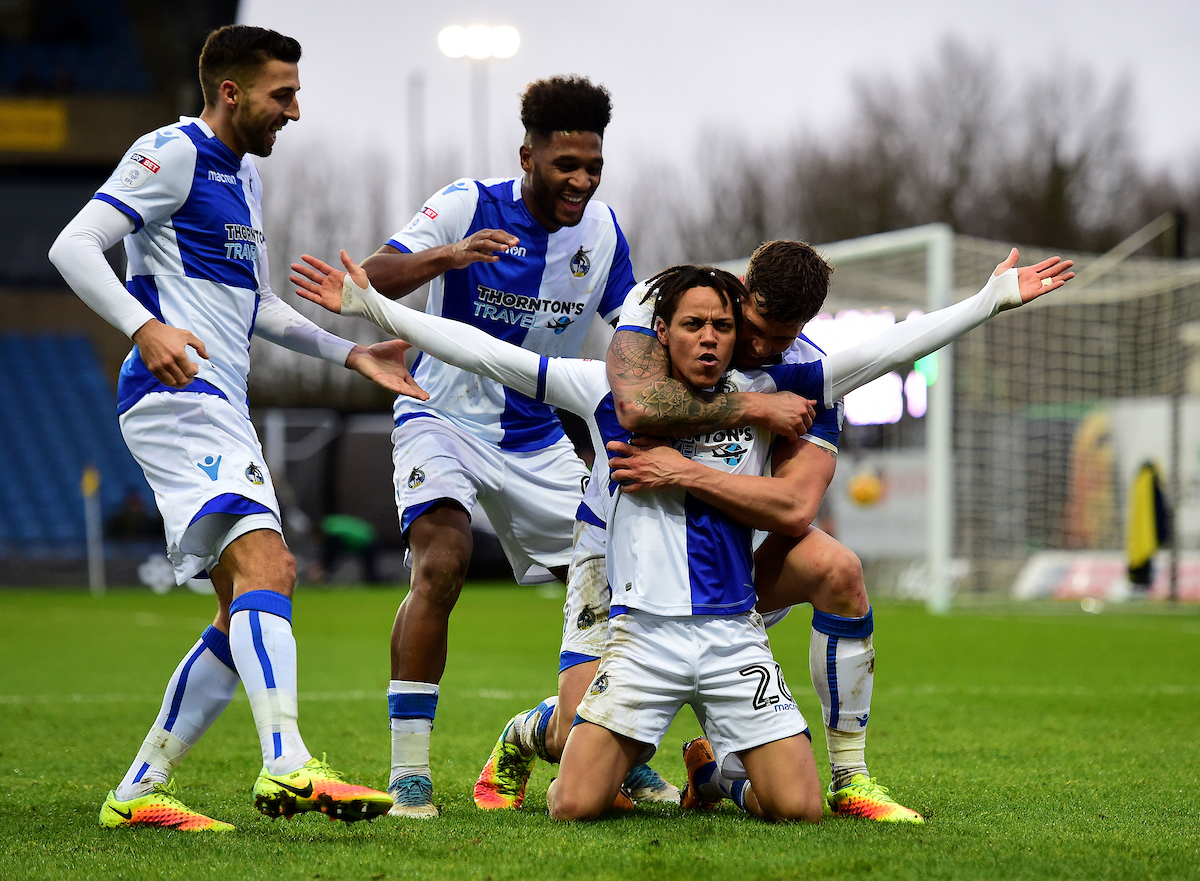 Bennett was almost on the scoresheet again moments later, as the forward looked to curl a side-footed attempt into the far corner, but a fine save from Simon Eastwood denied Bennett his second goal of the contest.

Rovers didn't have to wait long for the winning goal, as Harrison put Rovers ahead for the first time in the game with just ten minutes remaining. Ollie Clarke picked out the striker with a delightful chipped cross into the area, which Harrison allowed to run across his body before poking the ball home, with the striker celebrating in front of the travelling Rovers supporters.

Darrell Clarke's side saw out the remainder of the game with little threat on Adam Smith's goal to pick up consecutive away wins, ahead of Tuesday's visit of Rochdale to the Mem.