Graham Coughlan's first game as interim boss ended in defeat, despite a spirited performance from Rovers at the Stadium of Light.

Rovers edged ahead in the encounter, as Alex Rodman fired home a close-range finish in the 11th minute, after a well-worked move from Alex Jakubiak down the right.

In what was a bitter blow, Sunderland equalised in the dying moments of the first-half, as Adam Matthews clambered his way to head home at the far-post after Jack Bonham had tipped away an attempt from Aiden McGeady.

Seconds into the final forty-five minutes, Josh Maja stroked home a finish from inside the Rovers area, in what proved to be the winning goal in the contest.

Rovers had a great opportunity to nick a late equaliser in stoppage time, but substitute Stefan Payne was denied by the crossbar. 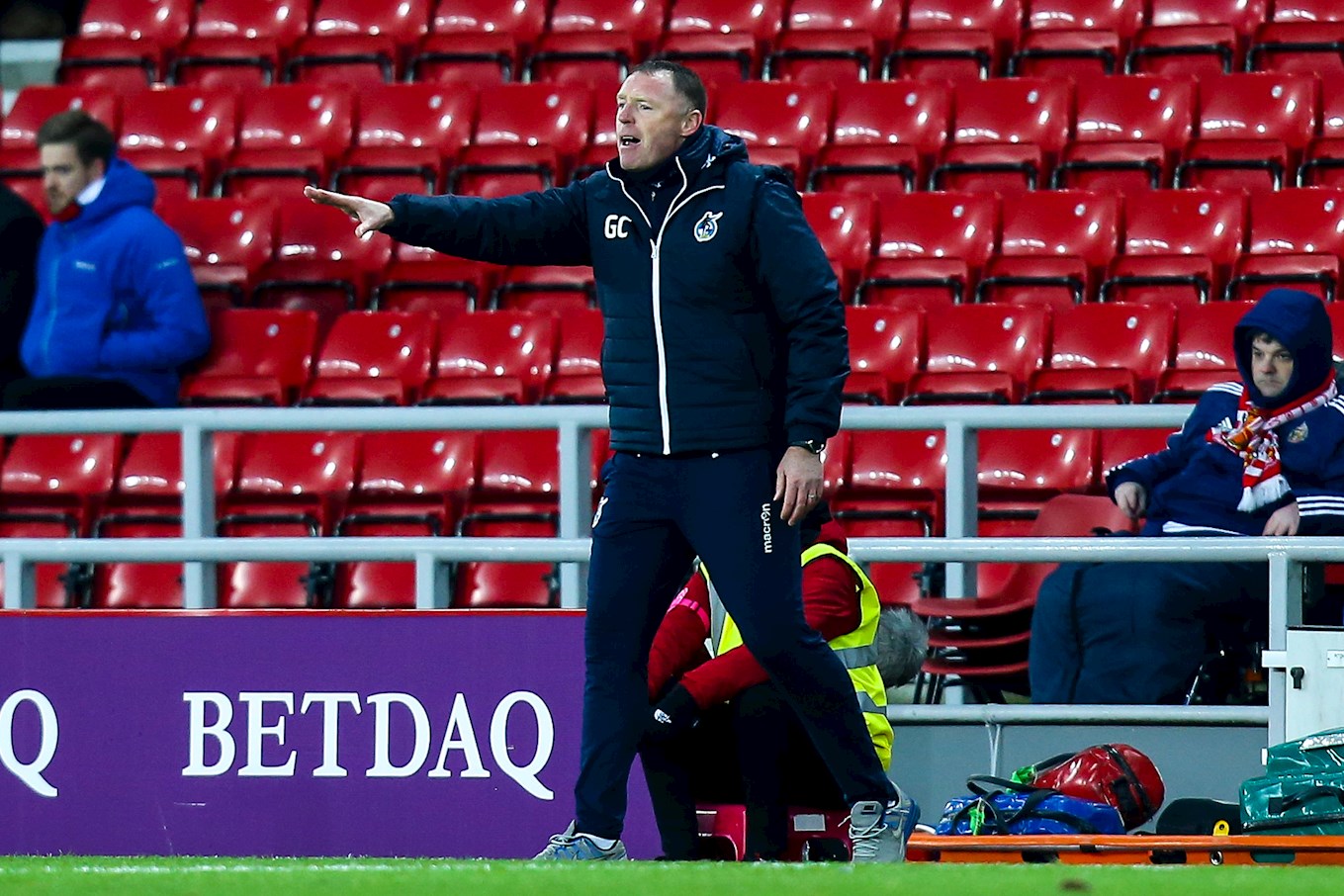 The inclusion of Holmes-Dennis marked the first Rovers start for the left-back, who made his Rovers bow last month against Exeter in the Checkatrade Trophy.

The game enjoyed a frantic opening, as an early attempt at goal from Aiden McGeady shot looked like it may have the direction to test Jack Bonham, but a clever block from Ed Upson made the attempt divert away from goal, as Rovers dealt with the resulting corner.

At the other end, Rovers should have gone in front from a set-piece that carved open the Sunderland defence, but Tony Craig's header sailed the wrong side of the post and the chance went amiss.

Rovers didn't dwell and did manage to grab an early goal in the contest, in what was fine break orchestrated by Alex Jakubiak. The striker drifted wide and was able to go around his man to drive a low ball in the box. The delivery arrived at the feet of Liam Sercombe, but the midfielder couldn't adjust to shape an effort towards goal, the cross was then touched into the path of Alex Rodman, who made no mistake firing home from six yards. 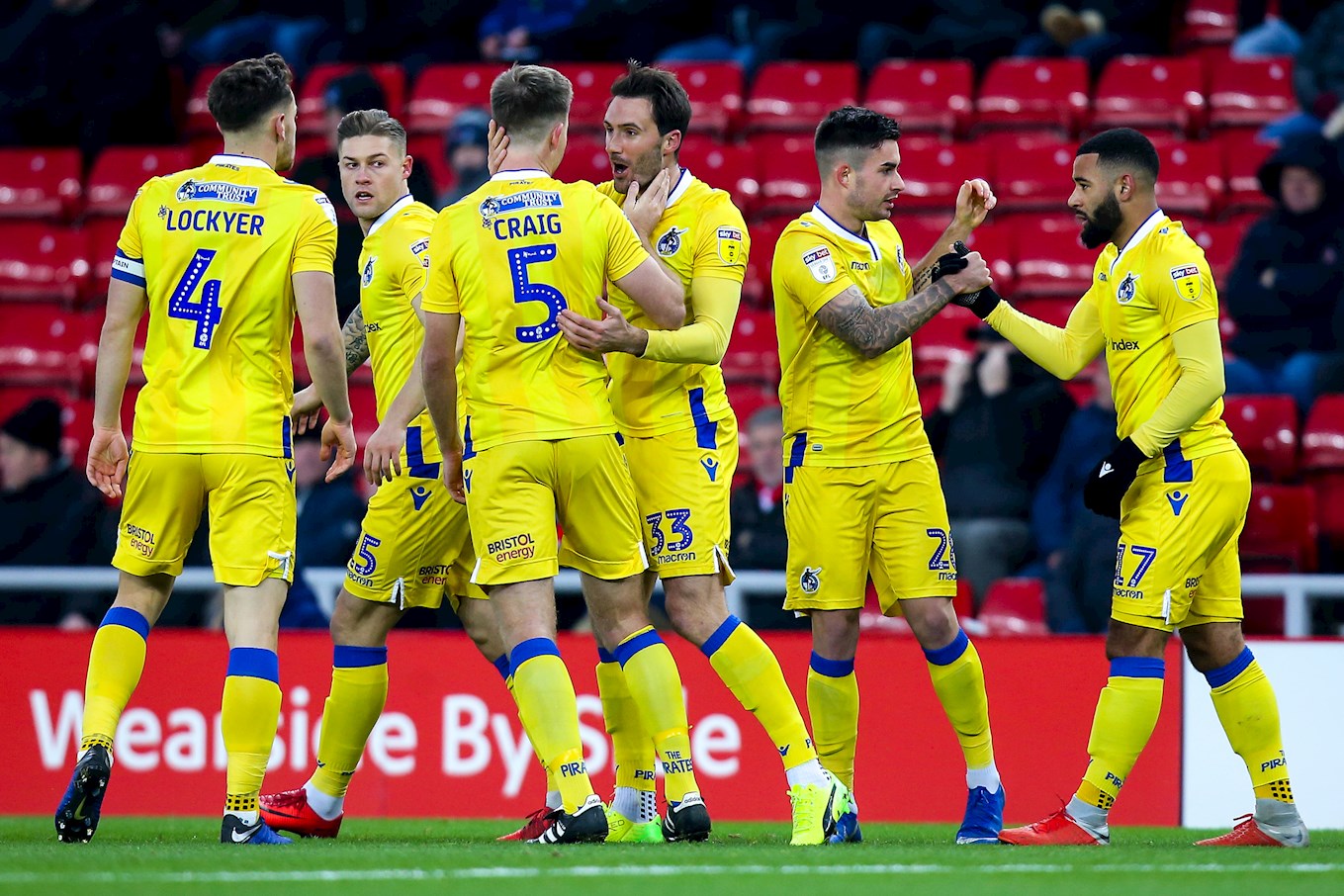 As the first-half progressed, there were warning signs from the hosts. Lee Cattermole struck the crossbar with a first-time effort at the far-post from a searching cross that curled away from the Rovers defence, as Josh Maya poked an effort across the face goal from a tight angle moments later.

Sunderland had further chances and the interval neared, as a shooting opportunity opened up for Max Power, but the midfielder skied his effort from twenty-yards.

With stoppage time signaled, Sunderland did manage to make their chances count and grabbed an equaliser just ahead of the break. The chance presented itself as Jack Bonham was only able to get a fingertip to a curling effort from McGeady, with Adam Matthews on hand to nod the ball home at the far-post. 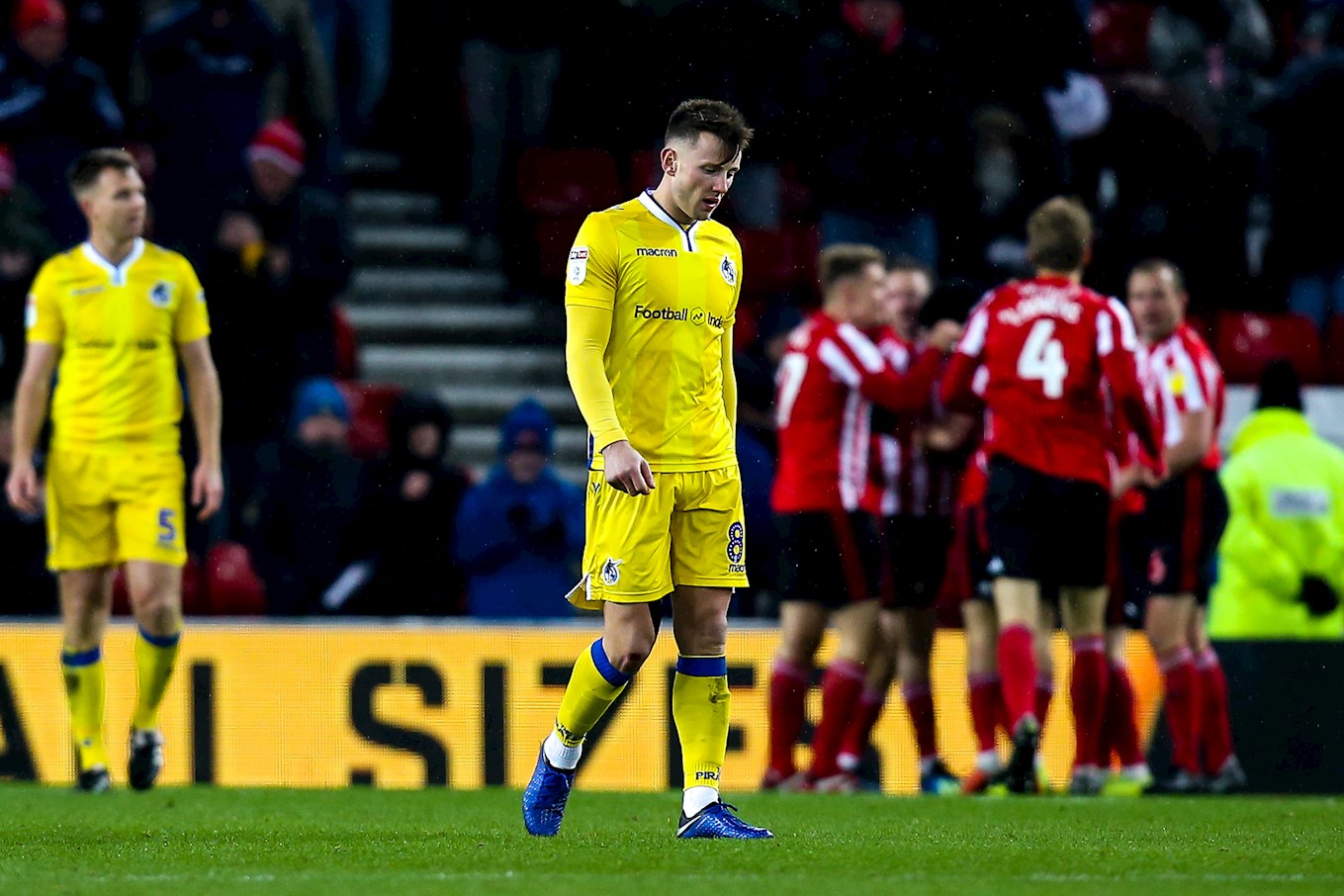 The high intensity feel to the encounter continued after the break, as a tackle from Jakubiak set Rovers up for a quick counter into the Sunderland half. The striker was able to draw in his man, before sliding a pass through to open Liam Sercombe, but the midfielder couldn't quite coax a shot from the edge of the area.

Sunderland instantly broke at the other end, as McGeady cushioned a pass to meet the run of Josh Maja. The teenage forward guarded the ball into the Rovers penalty area and managed to squeeze a finish that slipped past the Tony Craig and through Jack Bonham to put the home side ahead for the first time.

The flow of the second half sturred, as both sides defended resolutely to keep chances at a premium. Rodman did manage to break into space behind the Sunderland defence and with Sercombe poised and free in the middle of the area, a stray pass from the winger saw the opportunity fizzle out.

Entering the final quarter of the game, Tony Craig stood tall to provide a crucial block to deflect clear a shot from McGeady, as the experienced winger darted into the Rovers box.

Inside the final ten minutes, Sunderland rattled the crossbar and upright in quick succession, as Max Power saw his effort from range bounce back off the frame of the goal, with Maguire forcing the rebound onto the post.

In the five minutes of stoppage time, McGeady blasted wide following a break from the hosts as Rovers committed more men forward, while Stefan Payne guided a header wide from a Bennett cross.

With a minute or maybe less remaining, Rovers had one final chance to salvage something from the game and they came within inches of doing just that.

Kyle Bennett nicked the ball high up and drove at the Sunderland defence before spotting the overlapping Stefan Payne to his right, the winger played in his teammate who had only the keeper to beat, which he did, but his chipped effort crashed back off the crossbar as Rovers went home empty-handed. 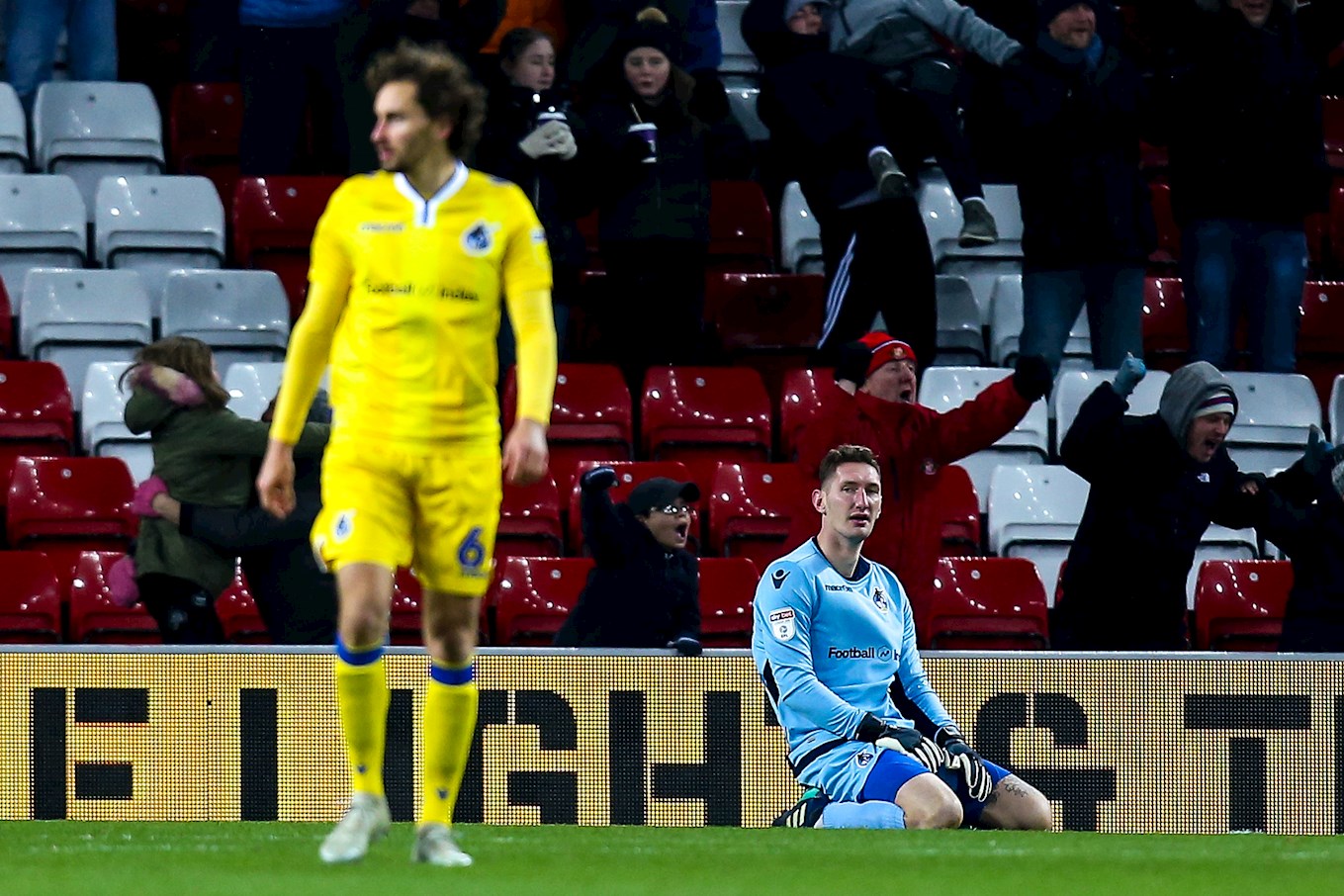