Alex Jakubiak defined the concept of an “impact sub” on Wednesday night, as he came off the bench to score a wonderful solo effort against Swansea City Under-21s and send Rovers into the Checkatrade Trophy round of 16.

The game was delicately poised at 1-1 and seemingly heading to penalties after Tony Craig’s header had cancelled out Jordon Garrett’s second half opener.

With 15 minutes left on the clock, Manager Darrell Clarke made a double switch, replacing his front line of Tom Nichols and Stefan Payne with Gavin Reilly and Jakubiak; with one minute of normal time remaining, it paid dividends.

“We were defending at the time but they played a loose ball and as Marcus [Stewart] had told me to do I was playing in and around their holding midfielder so I managed to pick the ball up off the back of him.” Alex told the club shortly after the final whistle.

“Because of the quick transition I did not really have many options in front of me, just a load of space - I knew I was quicker and stronger than the defenders so I just ran at them, kept going and next thing I know I was in the box, then as long as you hit the target in those situations you have a good chance of scoring and I did.

“Gav [Reilly] was left of me and helped keep the full-back wide which gave me more space through the middle, Sam [Matthews] was making a run on the other side too so both of them played a part in spreading the defence and without that I might not have been able to get through on goal.”

As with 10 of Alex’s 12 league appearances, the striker had to remain patient and make the most of his opportunity off the bench.

“As any player coming off the bench you just want to impact the game, that is what you are told to do and thankfully I did that with a goal so I am happy.

“Before going on I spoke tactics with the Gaffer and the coaching staff who wanted me to take on a similar role to Stef [Payne], alongside Gav [Reilly] coming on to take over from Tom [Nichols].

“Defensively they wanted me to shut off their midfielders because they were technically very good, moved the ball well and caused us some problems so I think the Gaffer got the tactics spot on in that sense.

“Going forward I was just told to go and express myself and do what I can do.”

Scoring goals as the young forward did on Wednesday night can only help him stake a claim for a starting berth.

Not only a fine individual goal, but that now makes it three in four in the Checkatrade Trophy for the on-loan Watford man as he continues to seek a regular spot in the XI.

“This competition is where I am getting my game time, obviously I would rather being getting more in the league and last time I spoke to you guys was after the Yeovil game, I said I wanted to kick on and get some goals in the league so that is still my target.

“Confidence is important, when you are not in the team it does knock you a bit but I have stayed professional and kept working hard in training.”

Wednesday night’s win helped Rovers stop the rot after five defeats on the bounce and whilst it is not the precious three points the side are craving, it is still a step in the right direction.

“The Manager keeps going on about creating a winning mentality and that is what we need, whether it is in this tournament or in the league we just need to win games.” Alex said.

“Results have not been right for us in the league and we know that more than anyone, so we need to put that right and winning games like this can only build confidence in the group.” 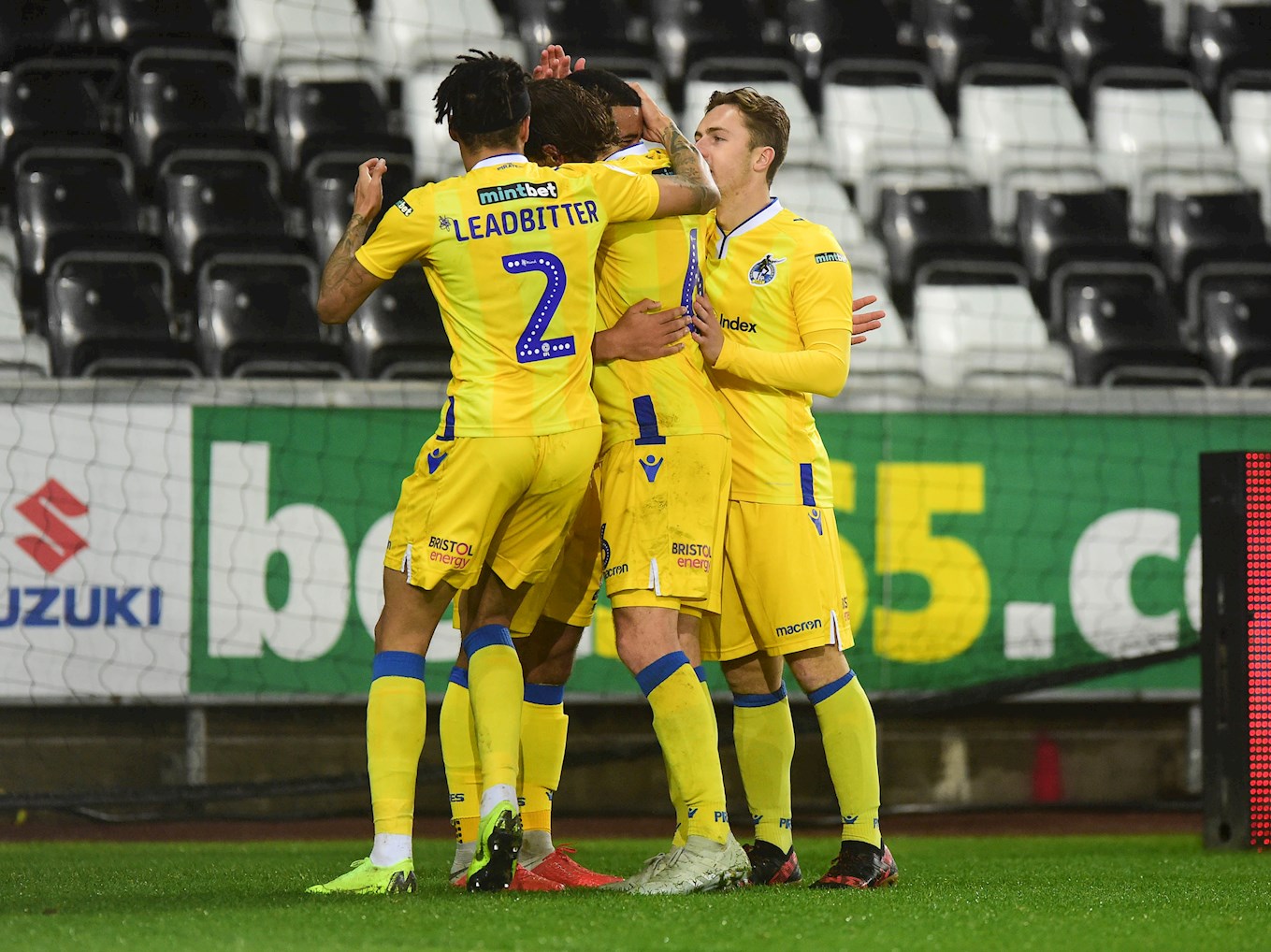