First-half goals from James Clarke and Tony Craig allow Rovers to register their second win of the week at Adams Park.

It was an unlikely source that grabbed the first goal - with the game only four minutes old when James Clarke drilled home a close-range shot for his first senior goal.

Clarke's opening goal was followed up by a thundering header by Tony Craig just twenty minutes later, as Rovers raced to a two-goal cushion.

In selecting his side for the encounter, Manager Darrell Clarke included four changes to the starting eleven that featured on Tuesday evening. Adam Smith kept hold of his place in goal for Rovers, as Tom Broadbent, Tom Nichols, Liam Sercombe and Ed Upson all returned to line-up.

There was hardly time for the mass of Rovers fans to take their seats before the first goal of the contest was scored. A searching corner from the left by Liam Sercombe soared into the host's penalty area. Inside the congested, tight space in front of the Wycombe goal, Adebayo Akinfenwa missed a defensive clearance that opened the door for James Clarke to power home an instinctive finish from close-range. 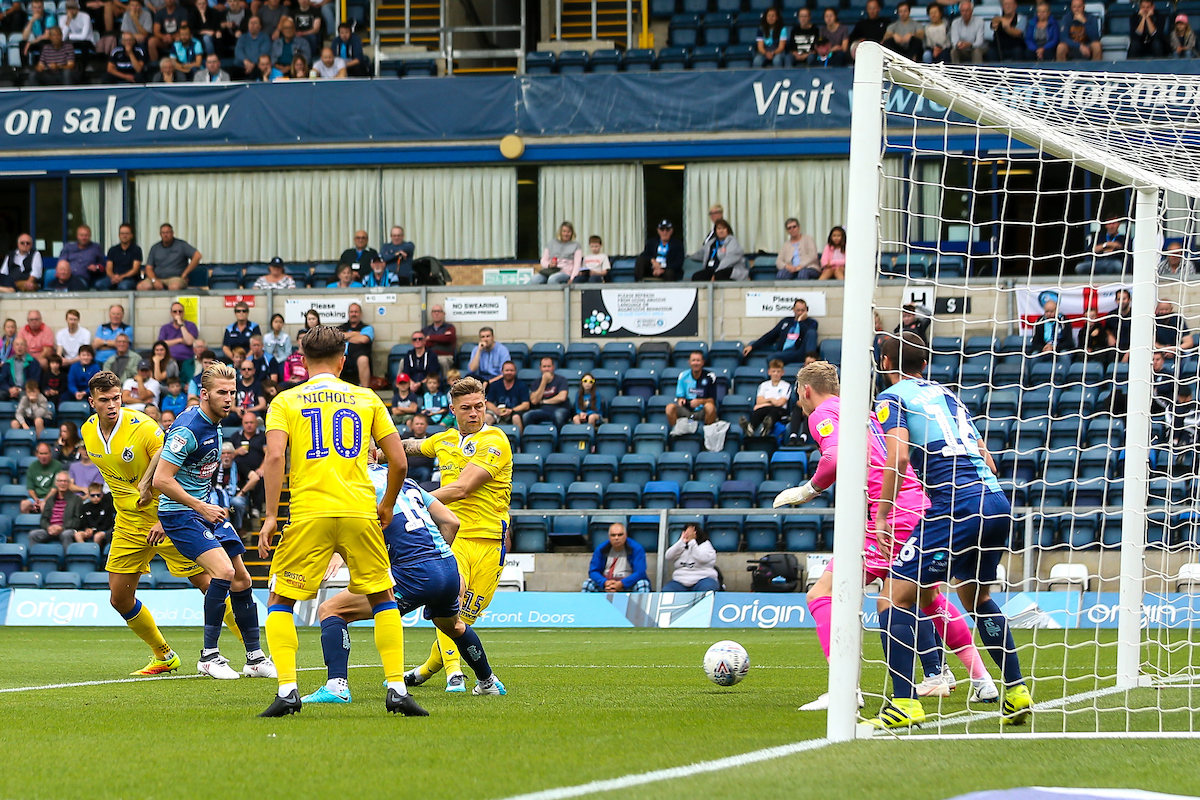 The early goal added to the intensity of the encounter, as the home side had an appeal of a penalty denied when Matt Bloomfield went to ground inside the Rovers penalty area under pressure from Tom Broadbent, with the move also including blocked attempts from both Curtis Thompson and Dominic Gape.

With an end to end feel to the game, Rovers looked threatening on the break. A smart piece of play from Tom Nichlos drew in a soft challenge, which resulted in Rovers being awarded a free-kick in a threatening location. Liam Sercombe was tasked with the set-piece, lifting an inviting ball into the area that was headed over the target by Stefan Payne.

With Rovers stamping their mark on the game with every passing minute, another goal was vital. It was another corner that supplied the opportunity for Rovers to extend the lead. This time the delivery was from the right, as Sam Matthews directed a high corner that swung in the air until it met Tony Craig at the far-post - with the defender thundering home a close-range header to open up a two-goal cushion in the contest. 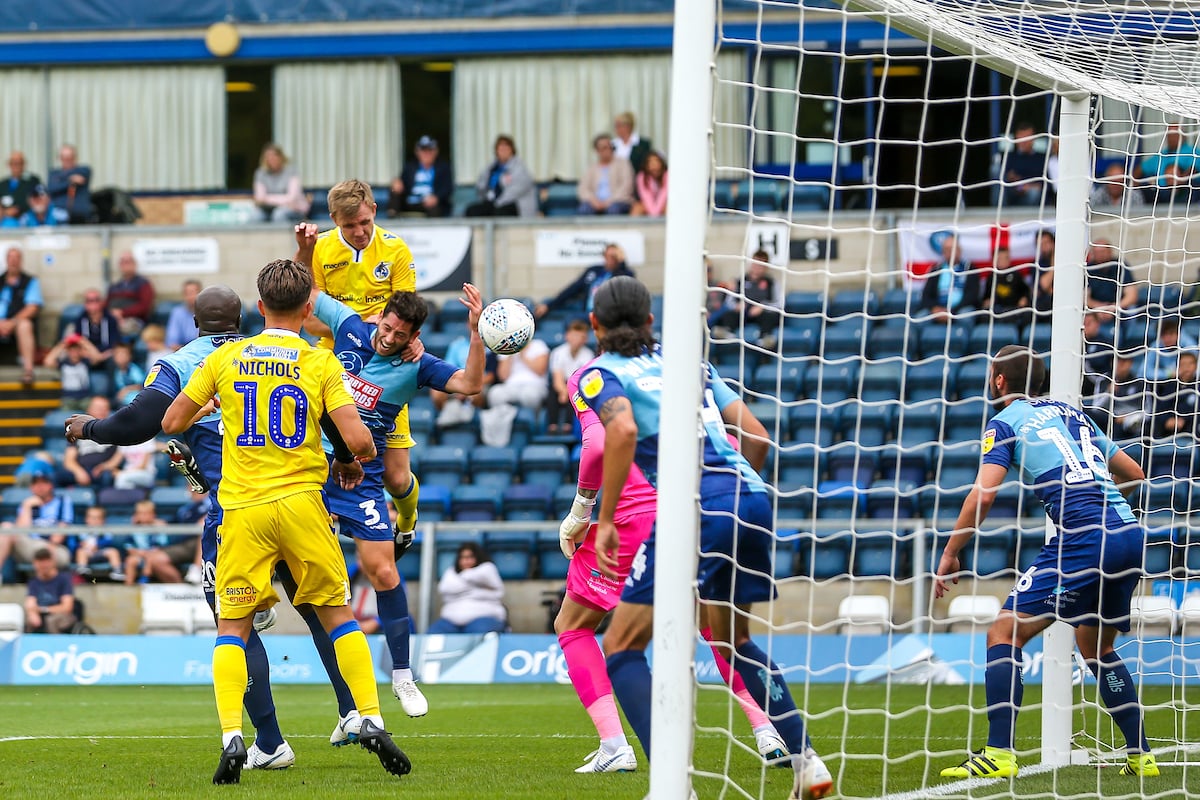 With the Rovers fans behind Adam Smith's goal increasing in volume as the first-half progressed, Rovers didn't sit back on their lead and continue to pose a threat when going forward. A free-ball inside the Wycombe area was claimed by Liam Sercombe, as the midfielder opened up space to shoot with a smart turn and hit a powerfully struck effort that was rushed clear off the line by the Wycombe skipper, Adam El-Abd.

The midfielder didn't have to wait long for another site of goal - cutting inside a hitting a shot that that curled towards the target but was held by Ryan Allsop.

With the half-time interval approaching, Rovers carved out the opportunity to add a third goal. Dynamic play down the right by Sam Matthews saw the winger advance into the Wycombe area, skipping past challenges from a number of defenders. With the opportunity to get his head up, Matthews opted to glance a pass into the path of Tom Nichols. The striker met the ball and looked to guide the ball into the far corner - but the attempt was deflected clear by the outstretched legs of Allsop.

In the final moment of the first-half action, there was a rare chance for the home side. A corner from the right pinballed around the Rovers area, as Craig Mackail-Smith saw a header glanced away from goal - with the rebound blazed over the crossbar on the volley by El-Abd.

As the play was restarted after the break, there wasn't a noticeable let-up in attacking play by Rovers. Sam Matthews again pushed forward on a threatening winding run - on this occasion as the winger cut inside, he opted to shoot, with his effort flashing narrowly wide of goal. 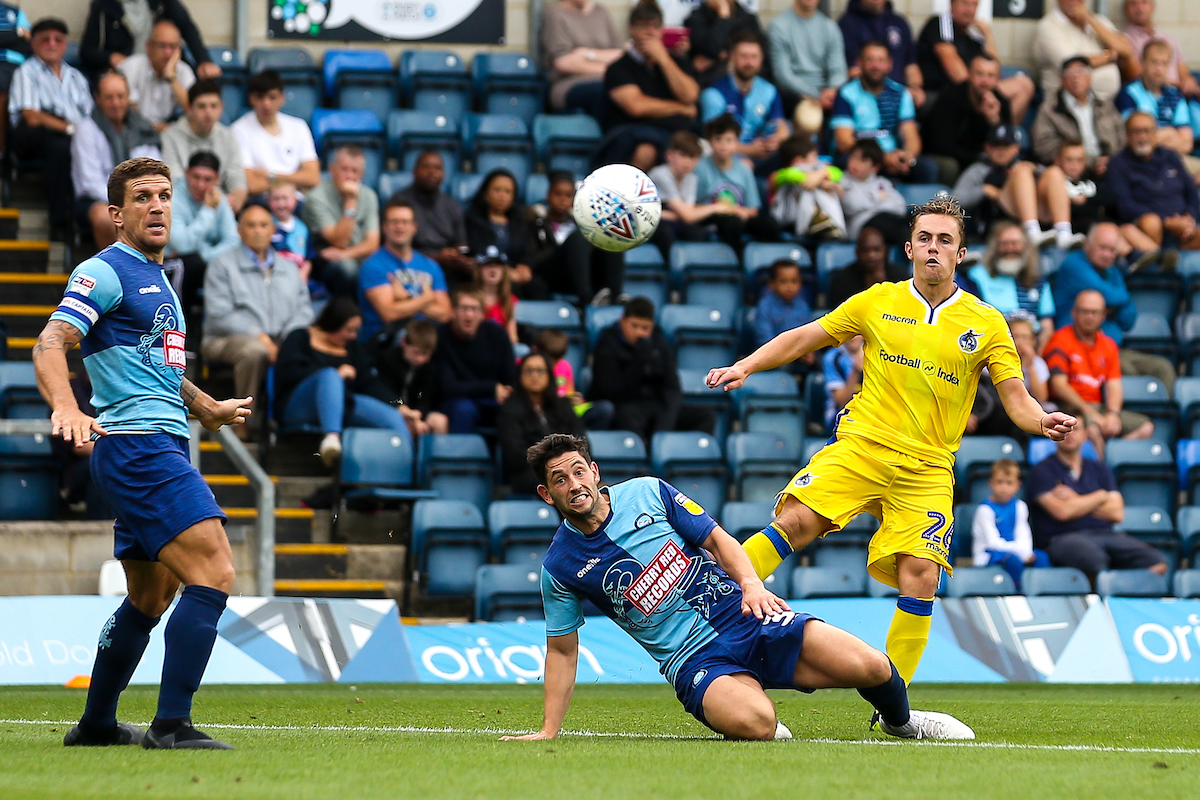 There was a glimpse of goal for Wycombe shortly after Matthew's attempt, as Akinfenwa climbed to meet a cross from Randell Williams, but guided his looping header onto the roof of the net.

With Rovers keen on breaking at speed when in possession - Liam Sercombe once again led a counter-attack following an interception from the midfielder in the middle of the pitch. Running with purpose, Sercombe had options in both directions but opted to drive a low shot towards goal that was claimed by Allsop.

As Wycombe cast more numbers into attack, the Rovers back line held firm to prevent clear chances on goal. Randell Williams flashed a volley high and wide, with Akinfenwas once again heading off-target from a Joe Jacobson cross as the game entered the final quarter.

With Rovers bringing on more attacking options from the bench, the attacking threat from Darrell Clarke's side showed no signs of slowing up and the second half progressed.

Substitute Gavin Reilly broke with the ball at his feet and made a purposeful run into the final third and glanced a side-footed attempt towards goal that took a slight deflection to knock the shot off-target. Shortly after, a fierce strike from Liam Sercombe was almost pushed into the path of Reilly by Allsop, with the Wycombe 'keeper diving on the ball to collect at the second attempt.

Inside the final ten minutes, Wycombe were able to find a goal that sparked the encounter into life. It was the substitute Scott Kashket who was able to muscle his way onto a long-ball forward - with striker rounding Adam Smith and slotting home into the empty net.

As the fourth official's board was raised to indicate four minutes of stoppage time, the home side threatened the Rovers goal, as a low attempt from Randell Williams forced Adam Smith into making a fine save to push the attempt wide, as Rovers recorded the win at Adams Park.