Goals from Bright Osayi-Samuel, Pawel Wszolek and Matt Smith see Rovers exit the Carabao Cup at the hands of QPR.

The Championship side struck early on through Osayi-Samuel, with QPR stretching their lead through a long-range srike from Wszolek, as Matt Smith headed home in the second half to seal the victory for Steve McClaren's side.

The Gas did manage a late consolation as Ed Upson scored from close range as his initial shot was saved by the keeper and ricocheted back off him before bouncing into the net, but it was too little too late.

In naming his side for the encounter in West-London, Manager Darrell Clarke opted to include four changes to the line-up that faced Southend.

The game was only three minutes old when the host struck the opening goal of the contest. A slick passage of play saw Bright Osayi-Samuel push forward down the left, with the winger galloping deep before directing a low-finish that nestled into the far corner and out of the reach of the diving Adam Smith.

Rovers did settle into the encounter after conceding early - with a handful of half chances on the QPR. Such a chance fell the way of Kyle Bennett, with the winger snatching possession in a dangerous position and advancing towards goal. With the defence closing in, Bennett opted to shoot from the edge of the area, with his effort taking a heavy deflection that diverted the ball wide of the mark.

Despite all the attacking promise Rovers showed, QPR extended their lead just prior to the twenty-minute mark. Again the goal came from range, as Pawel Wszolek took full advantage of time in front of the Rovers penalty area to launch a driven attempt from twenty-five yards out that honed in on the bottom corner. 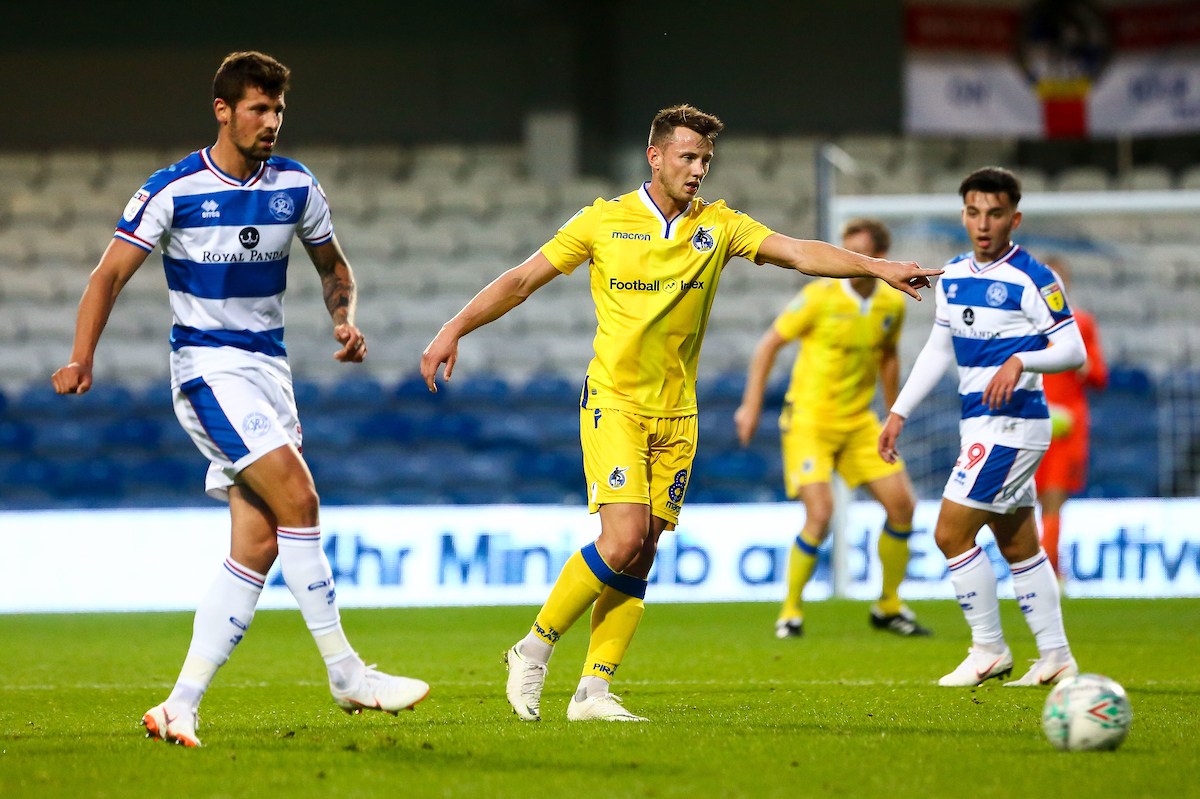 With a two-goal cushion, Rovers had Adam Smith to thank for not allowing the Championship side to extend their lead further, as the 'keeper made a required save to push clear a powerfully stuck volley from Conor Washington.

As the half progressed, Rovers started to ask more questions of the QPR back-four. Following a period of play deep in the final third, the ball landed at the feet of Sam Matthews - with the winger launching a first-time shot that had to be tipped wide by Matt Ingram.

The chance was quickly proceeded by a shot from similar distance from Kyle Bennett, with the winger looking to curl a shot inside the far post, but didn't get the required bend to see his effort hit the target.

With half-time approaching, it was Bennett again that found himself in a shooting position. On this occasion, the winger provided several step-overs to graft an angle on goal before finding good purchase with a right-footed attempt, but Ingram in the QPR goal was equal to the shot.

There was more to come from Bennett, as again the winger worked his way free on the edge of the QPR area. With a clear sight at goal, Bennett shifted this effort to the left of the 'keeper, with Ingram alert to make the save.

Following the break, Darrell Clarke's side continued to press and had glimpses of goal. Michael Kelly found himself in an advanced position and on the end of a disguised pass from Sam Matthews. Cutting from the touchline, the debutant opted to drive a shot across the face of goal - with only the slightest of touches needed for the ball to deflect into the net.

Kelly's opportunity on goal was quickly proceeded by a delightful ball into the box from Ed Upson. The delivery from the midfielder swung in the air, catching the QPR defence on the back foot. With a number of Rovers players poised to attach the cross, it was Alex Rodman who climbed the highest, but the winger's powerful header sharply veered over the goal frame.

After the chances for Rovers to salvage a way back into the game, the hosts managed to extend their grip on the game further and all but end the contest. The move originated from a threatening cross from the left from Osman Kayay that flighted across the Rovers penalty area, with Matt Smith leaping in the air and guiding a glancing header out of the clutches of Adam Smith.

In the closing minutes, Rovers did pull a goal back. A low cross into the host's area found the run of Ed Upson, as the midfielder benefited from a slice of fortunate that saw his rebounded effort ballon over Ingram, but QPR saw out the remaining minutes to secure the win to progress in the competition.