The Scottish striker talks to us about how he’s adjusting to life in Bristol.

A member of the cohort of new recruits drafted in by Manager Darrell Clarke during the summer, Reilly arrived at the Memorial Stadium with reported interested from a host of EFL clubs.

The striker's fine season in front of goal last campaign while at St Mirren placed Reilly on the radar of many clubs this summer.

Rovers secured the signature of the striker in early July, with the new addition on board in time to take part in the initial stages of the pre-season schedule, making his first outing in the blue and white in our friendly encounter with Melksham.

Now with hard yards of pre-season done and dusted, the striker is starting to settle into life down south.

"Arriving at a big club, there’s always added expectation, but it’s something that I’m relishing and confident it can spur me on."

“It’s been good,” admitted the striker when recollecting on his initial month at BS7.

“I was staying in a hotel for the first few weeks or so, but now I have sorted myself out some accommodation and I’m now in the process of buying a house so I can move the family down.” 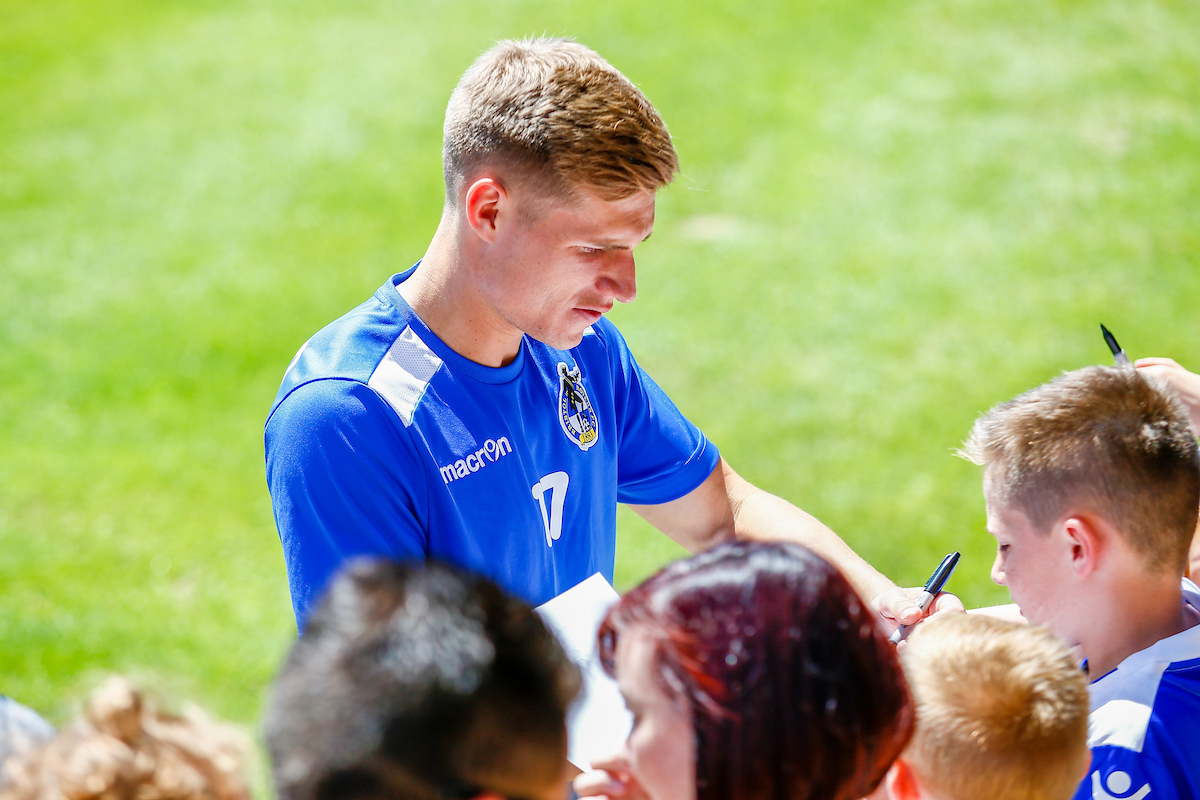 The venture to Bristol signals Reilly's first move out of Scotland, as the twenty-five-year-old lists St Mirren, Queen of the South, Heart of Midlothian, Gretna 2008 and Dunfermline Athletic as his previous employers north of the border.

After swapping domestic environments, Reilly is confident his game has the ability to adapt and prosper in the demands of Sky Bet League One.

“It was a further drive to what I was expecting when I made the journey to sign!

“Everybody has been really welcoming. I know the intensity is much higher in the English pyramid. In Scotland, you only play thirty-six league games a season. Down here, you take a look at the fixture list and it’s relentless, playing Tuesday and Saturday for a large proportion of the campaign.

“I know it’s going to be a challenge, but I feel as though I’m prepared enough from my past experiences.” 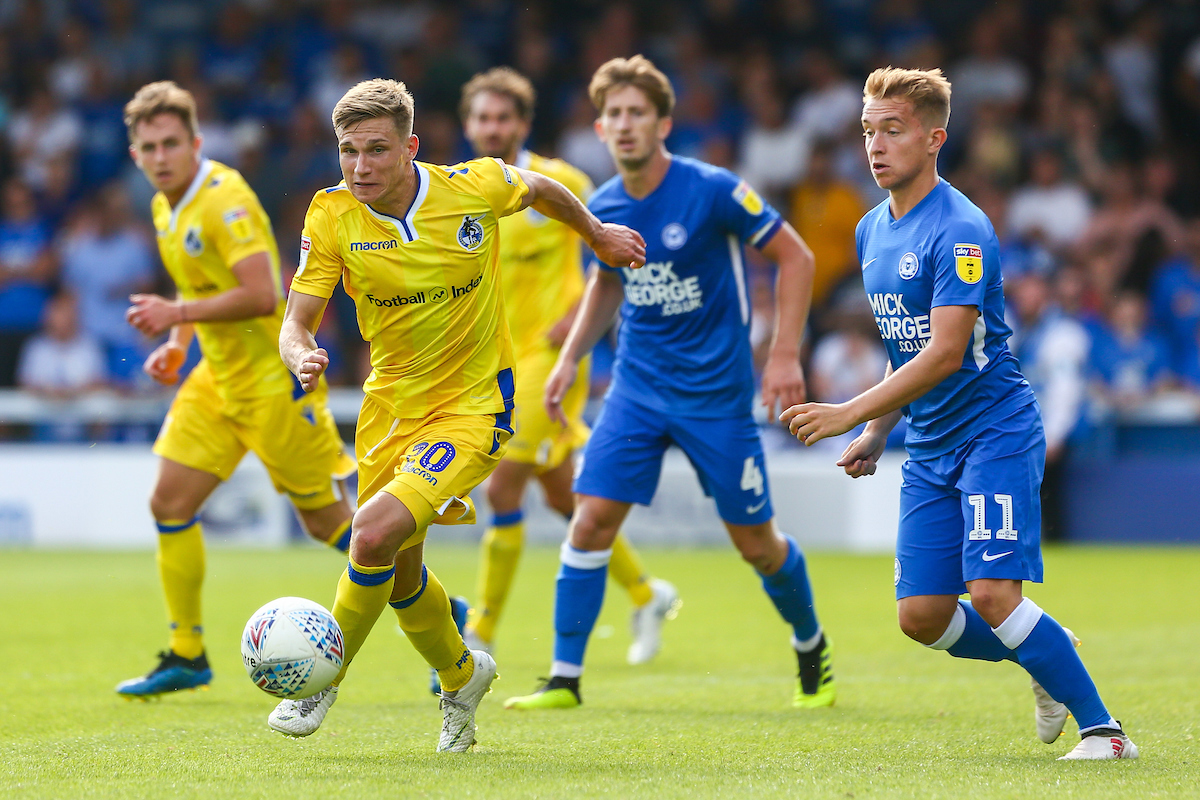 Success is fresh in the thoughts of Rovers' new frontman - as Reilly was part of league title winning St Mirren side that won promotion from the Scottish second tier last season.

The striker is hoping that the confidence from a profitable season in front of goal last season will help him in his new surroundings.

“Last season, I featured in a good St Mirren side, who went on to win the Championship and with that comes confidence, which I’m sure will stand me in good stead.

“I managed twenty-two goals in forty-four games, so any repeat of that then I would be extremely happy!

“First off, I will be looking to bring myself into the team and then go from there.”

Rovers supporters would have seen glimpses of the striker in action across the opening fixtures - with the Scottish native outlining what the supporters of the Gas can expect from him going forward.

“I like to break through in behind and get myself into the box. Everyone has to be adaptable and play the style of football that the Manager wants to play, but if I had to characterise myself then I would say I’m a striker that likes to harass defenders and score the goals that will hopefully help the team to win games." 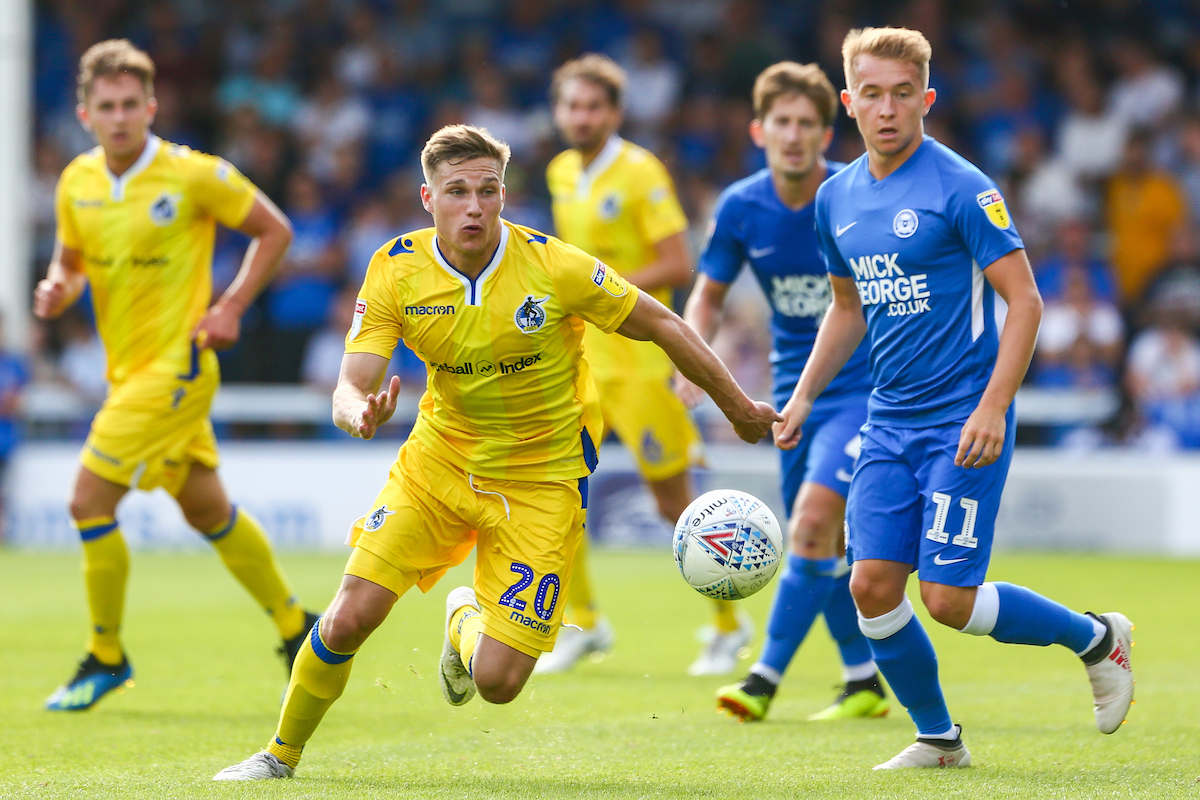 With the season in its infancy, the striker relayed that he has a set target in mind with respect to a goal return, but insists that mentality and his approach to both matches and training are equally important.

“I would like to reach double figures. Last season I originally set myself a target of fifteen goals and managed to surpass that with twenty-two.

"It’s good in one sense to have a target, but the downfall is that if you're not hitting them, then you are placing an added burden on yourself.

"With that, the mentality must always be to come in every day and to work hard, even if you're not scoring goals, but you have to make sure that you are doing everything you possibly can to help the team."

Back in his first interview when the ink was drying on his contract, the forward insisted that the passionate Rovers fanbase were a huge draw in persuading him to join the Pirates.

With past experience of playing in some of the biggest football stages Scotland has to offer, Reilly is now looking forward to plying his trade in front of the Rovers faithful.

"I have played at Celtic Park and Ibrox, but in terms of a Championship level in Scotland, the average crowds are around the three thousand mark.

"When I arrived here and I know how big of a following Rovers have. It’s great to have that backing and it would be great to reward them with something this season.

"Arriving at a big club, there’s always added expectation, but it’s something that I’m relishing and confident it can spur me on."

This interview first featured in the Club's Official match day programme, 'The Pirate', which is available around the stadium on a match day priced at just £3.