Find out when the draw for the second round of the Carabao Cup will take place and who Rovers could potentially face in the next stage of the competition.

Rovers booked a place in the hat for the next round of the competition thanks to a 2-1 victory over Crawley Town at the Memorial Stadium on Tuesday evening.

When is the draw for the next round?

The Carabao Cup Round Two draw will take place live on Sky Sports from the Stadium of Light on Thursday 16 August, ahead of Sunderland’s Round One clash against Sheffield Wednesday.

Pundits Mick McCarthy and Chris Waddle will conduct the draw live on the programme from 7pm with presenter David Prutton overseeing proceedings.

Who could Rovers face?

The individual ball numbers for the south section are listed below. 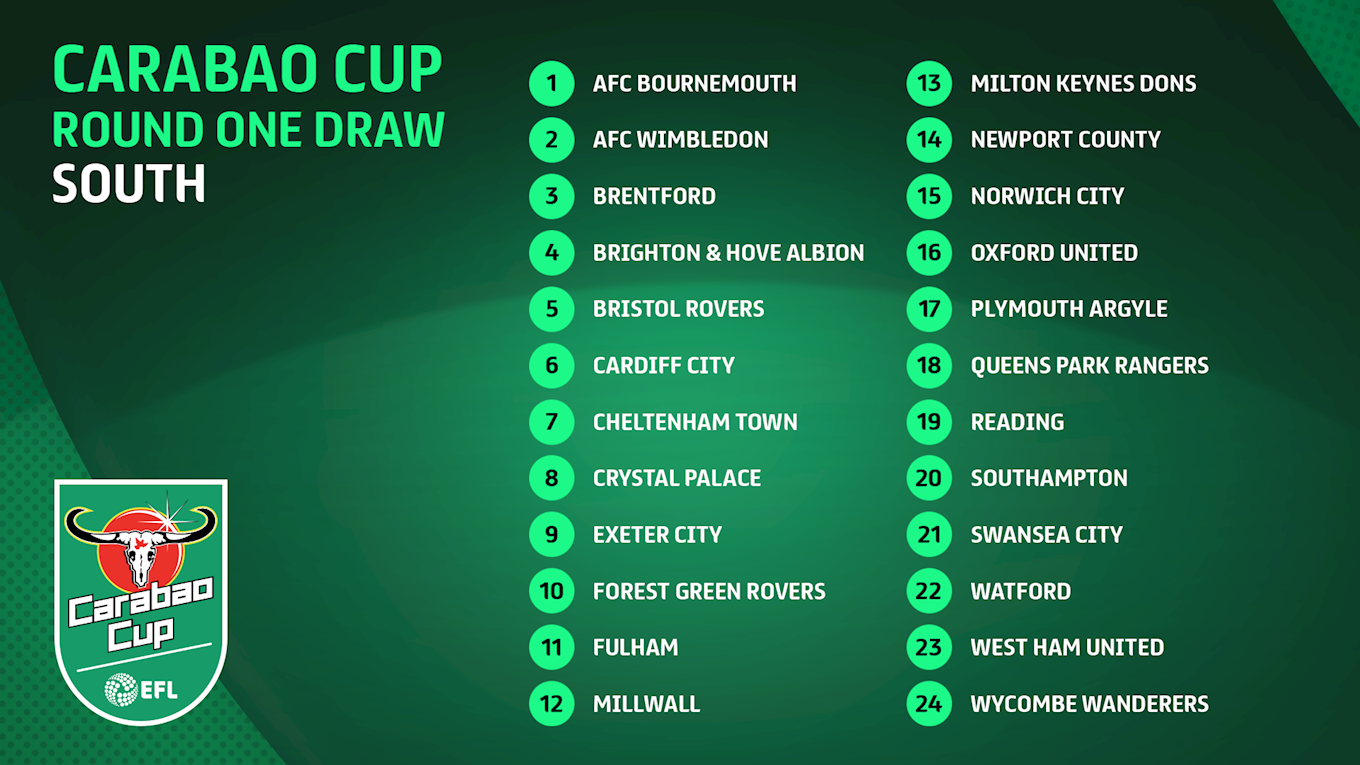