During pre-season Rovers were able to reap the benefits of the facilities at Crossfit BS East, a local crossfit gym.

Pre-season consists of many different elements of training and Crossfit BS East gave the team a great opportunity to get off the grass and into a fresh environment.

Rovers used the facilities to run the pre-season tests on the squad, enabling the coaching and performance staff to accurately assess the strength and fitness levels of the players during the pre-season period.

Head of Medical Services Keith Graham said: "It's often quite a task to get the full squad through a testing procedure, Ryan and Lee were very accommodating allowing us full use which enabled us to have the entire squad in at the same time.

"The space and facilities were exactly what we needed and the boys definitely enjoyed being in a new environment, especially one which allowed such great productivity." 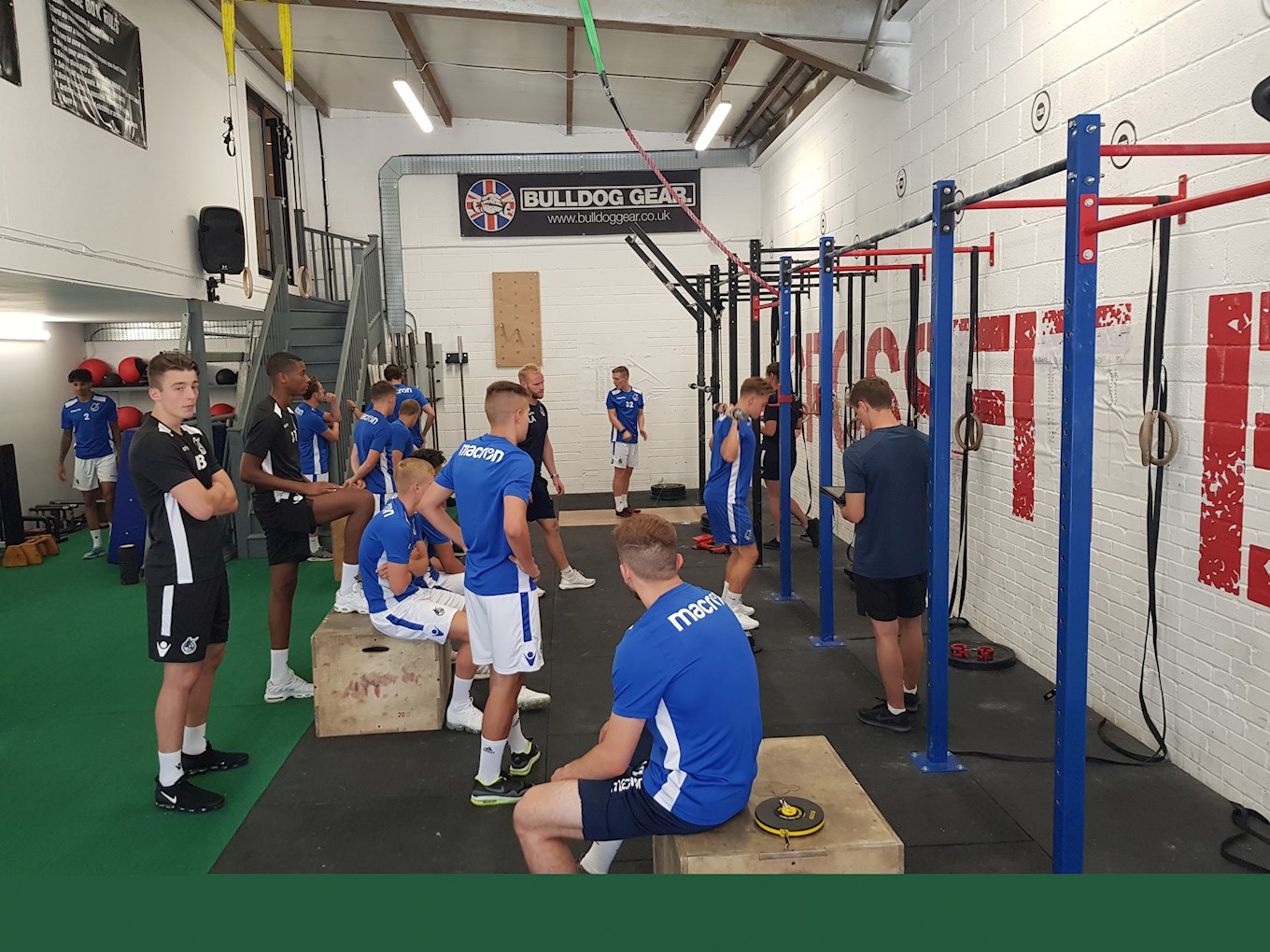 Owners Ryan Coles and Lee Rogers were also delighted to have Rovers train at their gym;

"It was a privilege for us at CrossFit BS East to work with Bristol Rovers and to accommodate them at our new premises in Warmley." Stated the pair.

"The squads got dedicated use of our squat racks and were a pleasure to have down at our place.

"The members at CrossFit BS East have a great community spirit and it was great to be able to partner with a team that has the same ethos.

"Offering dedicated Weight Lifting and Calisthenics classes as well as massage treatments CrossFit BS East is far more than just a CrossFit box so please get in touch for more information."