Rovers went into this game having already won the Central League title, no mean achievement for Chris Hargreaves’s squad in their first season.

However, they were unable to end their season with a win, losing 2-0 to AFC Bournemouth, who scored two second half goals to clinch victory.

Dominic Telford led the line for Rovers, even though he was on first team duty, as an unused substitute last night, though his chances of adding to impressive goal tally for the squad were few and far between.

After a tentative opening from both sides, Cameron Hargreaves went close with a shot from the edge of the area that flew wide of the target, though he was adjudged to be in an offside position.

Rovers had the ball in the net on 15 minutes when a mazy run by Telford ended with him seeing his shot beaten away by Bournemouth keeper Holmes, as far as Cameron Ebbutt who netted from close range.

Unfortunately, though, the goal didn’t stand as the youngster had strayed into an offside position.

The visitors didn’t threaten Rovers’ goal until the 21st minute when a thundering drive from Nnamdi Ofoborh was only just wide of the target.

Almost immediately Rovers created an opportunity at the other end Telford hooked a shot wide of goal.

A Bournemouth effort, an angled drive from Tyrell Hamilton, was blocked by Michael Kelly at the expense of a corner.

Keelan O’Connell went close for the visitors just after the half hour mark, but Alexis Andre made a comfortable save from his close range effort.

With Bournemouth enjoying a great deal of possession they won a free kick on the edge of Rovers’ area shortly afterwards, but Charlie Seaman hit his free kick just over.

A Telford effort at the other end met the same fate in a Rovers counter attack and then our trialist went close after winning possession on the halfway line. Although forced wide by Ofoborh, he still managed to get a shot away and although it beat the keeper it fell just the wrong side of the upright.

After a goalless first half Bournemouth took the lead in the first minute of the second half. The ball was worked to Hamilton who saw his first shot parried by Andre but the ball went straight back to the striker who netted from close range.

Hamilton doubled his side’s lead just three minutes later when he followed up to net another goal from close range after Andre had blocked a shot from Matt Glover.

Rovers went close to pulling a goal back shortly afterwards but our trialist’s shot was deflected behind for a corner.

Luke Russe then got a shot away but couldn’t get any power behind it, affording Jordan Holmes a comfortable save.

At the other end Andre saved well from Matt Wadlington, though with Rovers pressing hard for a goal Telford headed just over from a Kris Owens cross from the left.

There was almost a goal when Telford played in our trialist on 67 minutes and he got a shot away only for Holmes, diving low to his left, to touch the ball behind.

However the visitors were unfortunate not to score a third when a rasping drive from Wadlington came back into play off the crossbar with Andre well beaten.

Hard as they tried, though, there was no way back for Rovers and they were unable to pierce a well organised Bournemouth defence. 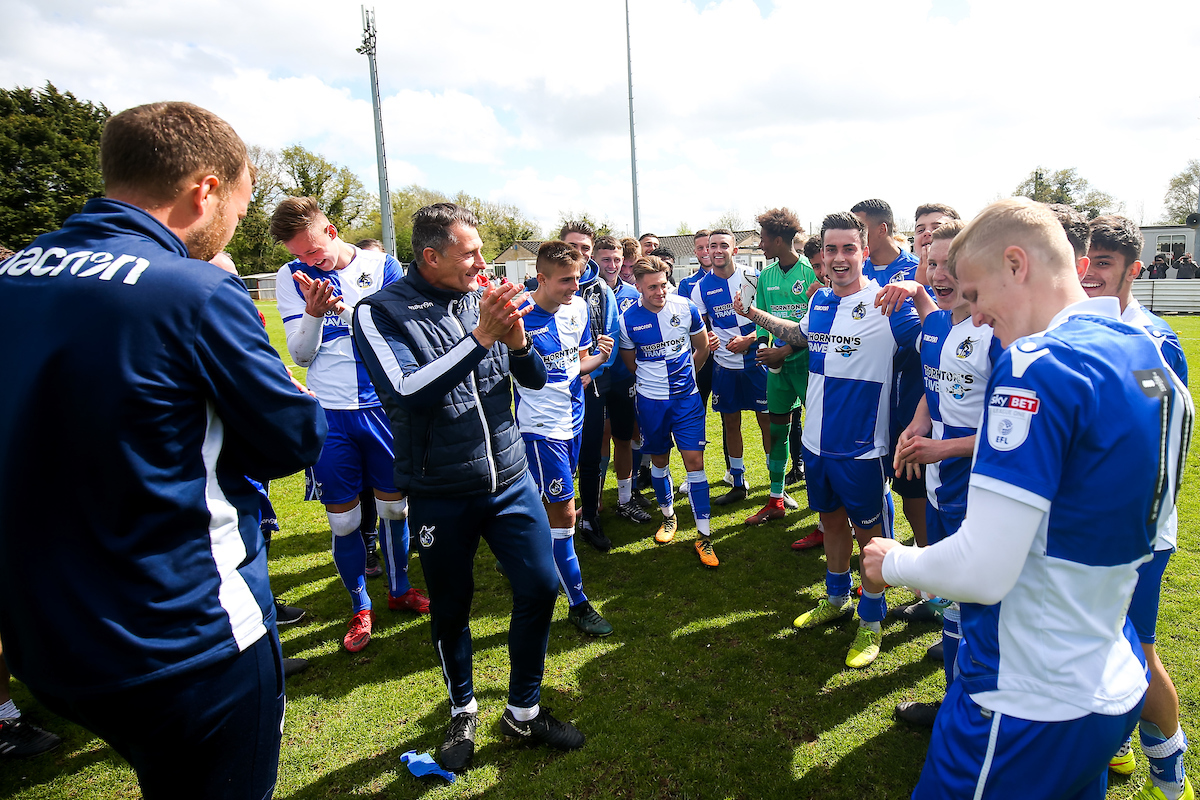