The Awards ceremonies continued on Saturday, with the President’s Club making their presentations before our match against Gillingham.

The Player of the Year Award was won by Ellis Harrison, who has scored 14 goals in 47 games in all competitions this season.

The Young Player of the Year award went to on-loan Stoke City striker Dominic Telford, whose goal tally is five goals in 23 games in all competitions.

The President’s Club was first established in the 1960’s to provide a higher standard of facilities for its members to watch Bristol Rovers and to raise funds for the Football Club.

Past Presidents of the Club include The Duke of Beaufort and Denis Dunford and the current President is Abdulkader Al Qadi, Chairman of the Arab Jordan Investment Bank. 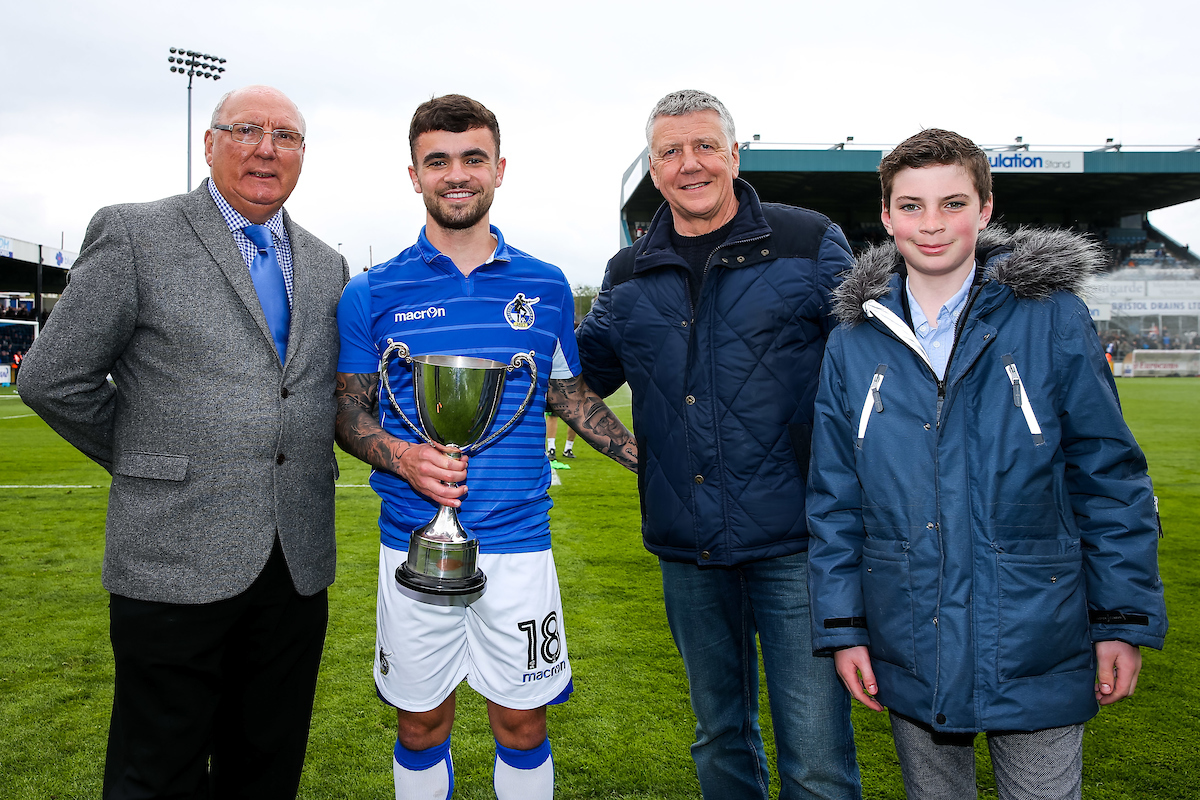