Liam Sercombe's 12th goal of the season was cancelled out by a second-half strike from Wigan substitute Ryan Colclough, as Rovers shared the points with promoted Wigan at BS7.

Leading up to the game, Manager Darrell Clarke included two changes to the side that faced Rotherham on Saturday.

Into the starting line-up game Lee Brown and Liam Sercombe, who replaced Marc Bola and Tom Nichols for the visit of Wigan.

On a wet and windy evening at the Mem, it was Rovers who threatened first in the contest. After a spell of patient build-up play, Rovers broke down the left, as Lee Brown delivered a low into the six-yard area that narrowly missed the advancing Ellis Harrison at the far-post.

The visitors did create early chances of their own, as a cross from the right was headed wide of the target from James Vaughan, after the striker at managed to jump the highest in the area to meet the delivery.

The best chance was yet to come for Rovers, as an intricate passage of passes between Byron Moore and Ellis Harrison split through the Wigan defence. Harrison received the ball back from Moore in a one-on-one situation with Christian Walton, but opting to shoot with his left-foot, the winger rolled his effort wide of the target.

Wigan continued to carry a threat from deliveries into the Rovers area. A flighted corner from the right from the visitors found Chey Dunkley in the area, but the defender opted to head his effort into the ground and his attempted rebounded off the surface and over the crossbar.

The deadlock was broken on the half-hour mark, as Rovers opened the scoring through Liam Sercombe. The move originated with a ball from Kyle Bennett intended for the run of Ellis Harrison, but the ball rebounded of Dan Burn and into the path of the grateful Liam Sercombe. The midfielder still had to work to do, as he stood up Burn to switch the ball to right foot and launched a driven effort from just outside the area that nestled in the bottom corner. 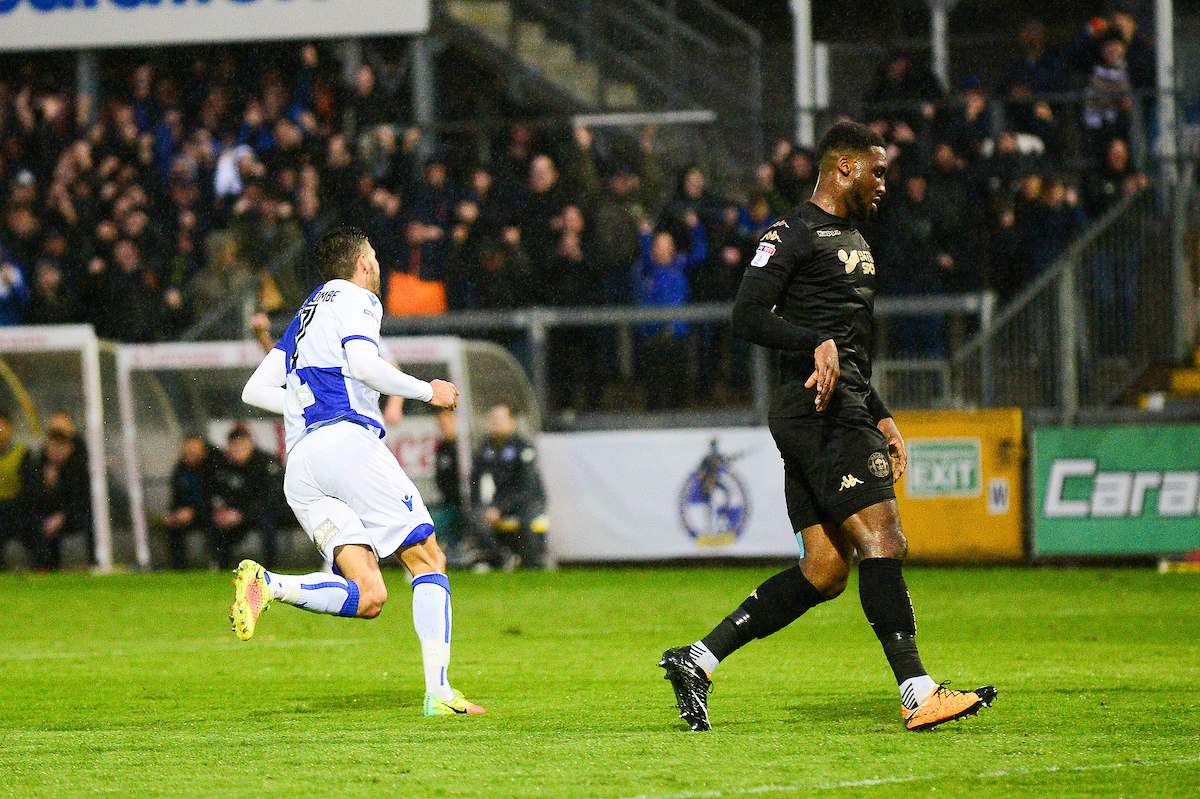 After taking the lead, Rovers almost had the chance to immediately double their advantage. The quartet of Moore, Lines, Bennett and Harrison were all involved in a flowing move that saw Bennett lay-off of a pass to Ellis Harrison inside the box. Ellis poised himself to shoot, but the striker's attempt was blocked by a covering defender and the visitors rushed the ball clear.

Rovers continued to look bright on the attack, as Kyle Bennett whipped a delightfully struck curling shot from the edge of the area that ratted the post. Bennett's opportunity was quickly succeeded with a first-time volley from range courtesy of Liam Sercombe that was pushed away from Walton, only for the rebound to be stabbed towards goal by Byron Moore, as the 'keeper recovered to make the double stop.

The chance came just prior to an inviting delivery Chris Lines fooling everyone in the box with its direction and speed, as Chey Dunkley headed clear on the line. 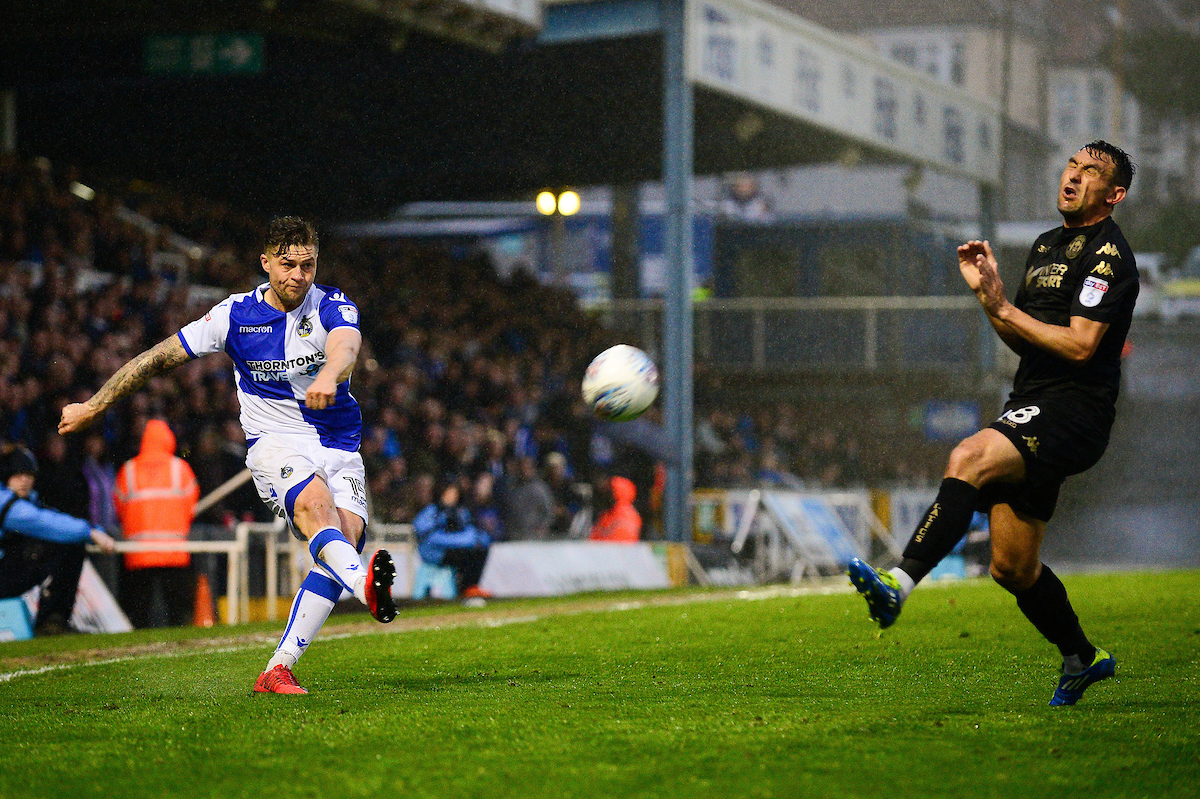 After the break, both sides continued the momentum, as Byron Moore was picked out in space down left and produce an inviting low cross that couldn't pick out any Rovers players inside the box, with Ellis Harrison flagged for offside as he made an approach towards the ball.

Again the combination of Harrison and Sercombe proved to be an effective one, as Ellis played a neat flick into the path of Sercombe, allowing the midfielder to advance into the area. Sercombe chose to delay his shot and in the process, was bundled off the ball by Dan Burn, who closed down the midfielder's path to goal.

With the game entering the final twenty minutes, it was Rovers who continued to build chances on goal to extend the advantage. After winding run down the right, Byron Moore cut inside and lofted a fierce strike into the side netting, with the winger dancing past numerous Wigan defenders in the process.

After making their third and final substitution, Wigan thought that they had rescued an equaliser when a cross from the left forced a fine reaction save from Sam Slocombe, with the ball rebounded into the path of the onrushing Devante Cole, who squared the ball home but was instantly flagged for offside.

The equalising goal did arrive for Wigan moments later, as Ryan Colclough managed to fire a low effort from distance that squeezed between Sam Slocombe and the post to pull Paul Cook's side level heading into the final ten minutes.

Lee Brown struck the post late on, as the defender rifled a left-footed attempt from range from a set-piece routine that glanced the upright, as Rovers held the league leaders to a draw, with Darrell Clarke's side recording a third consecutive 1-1 draw at the Mem against promotion candidates. 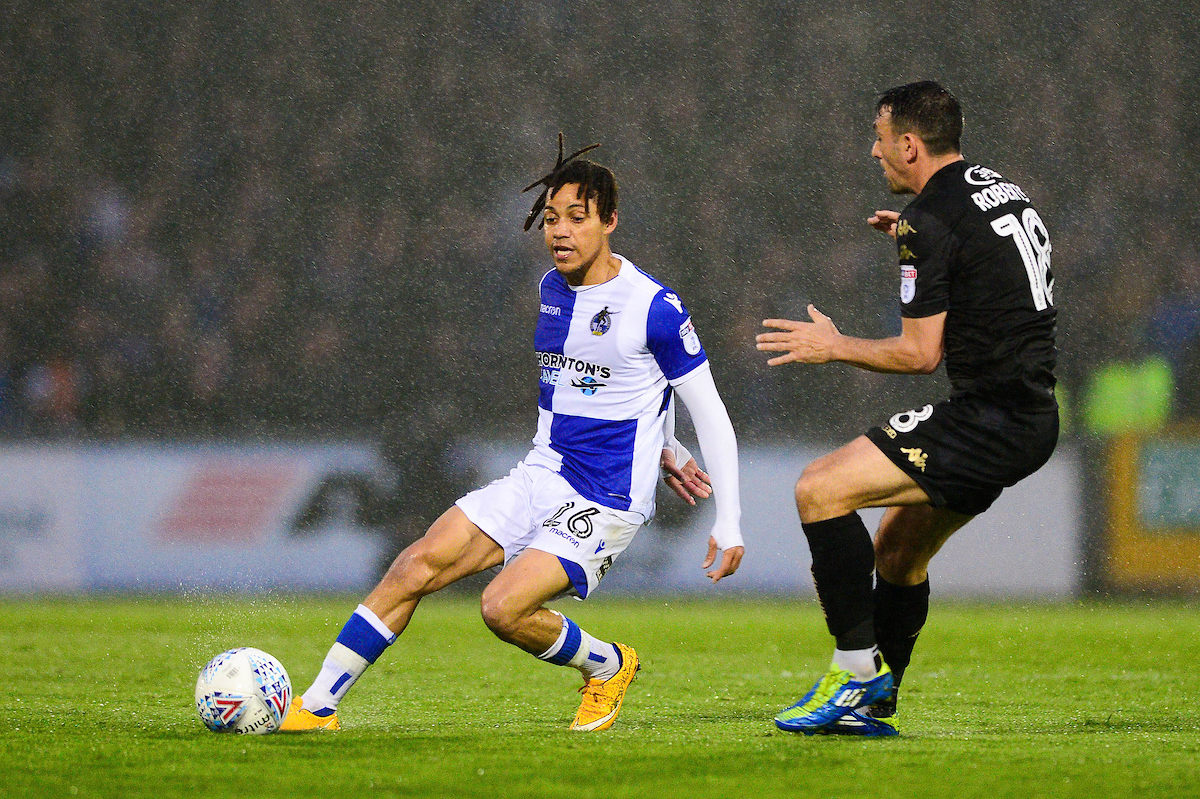