Rory Gaffney put Rovers ahead early on in the contest, as the forward was able to latch onto a crossfield pass from Chris Lines inside the opening five minutes, with the striker taking advantage of a slip from Walsall defender Jon Guthrie to advance towards goal before beating 'keeper Mark Gillespie with a chipped finish.

Gaffney's goal was cancelled out by a James Wilson header just ten minutes into the second half, as Rovers were reduced to ten men on the hour mark following the dismissal of goalkeeper Sam Slocombe.

With just three minutes remaining Ollie Clarke was in the right place to thunder home a close-range volley to cap off a breakaway goal for the hosts to allow Rovers to secure a dramatic late victory.

In the build-up to the fixture, Manager Darrell Clarke named five changes to the side that started last Saturday's defeat at Bradford.

Ryan Sweeney and Tom Lockyer both returned to the starting eleven following spells away with their national teams, as did Joe Partington, with Rory Gaffney and Tom Nichols also included in the starting line-up.

The visitors, in turn, made just one change to the side the side that defeated Plymouth Argyle last weekend, with Shaun Donnellan coming into the Walsall starting eleven at the expense of Kory Roberts, who had to settle for a place on the bench.

Rovers enjoyed a positive start to the encounter, as an early corner from the right saw Chris Lines pick out Lee Brown with a training ground move, as the left-back was able to take a touch before delivering a thundering driven effort from the edge of the box that was heading towards goal, but the defender's effort was blocked away by the visitors defence who had charged to shut down the shot.

The deadlock was broken in the fifth minute, with Chris Lines spotting the run the Rory Gaffney with a well-directed crossfield pass, with the striker benefiting from a slip from Jon Guthrie, as the forward was able to take control of the thirty yards pass and advance towards goal unchallenged, keeping his composure to lift a finish over the advancing Gillespie to put Rovers ahead early on in the contest. 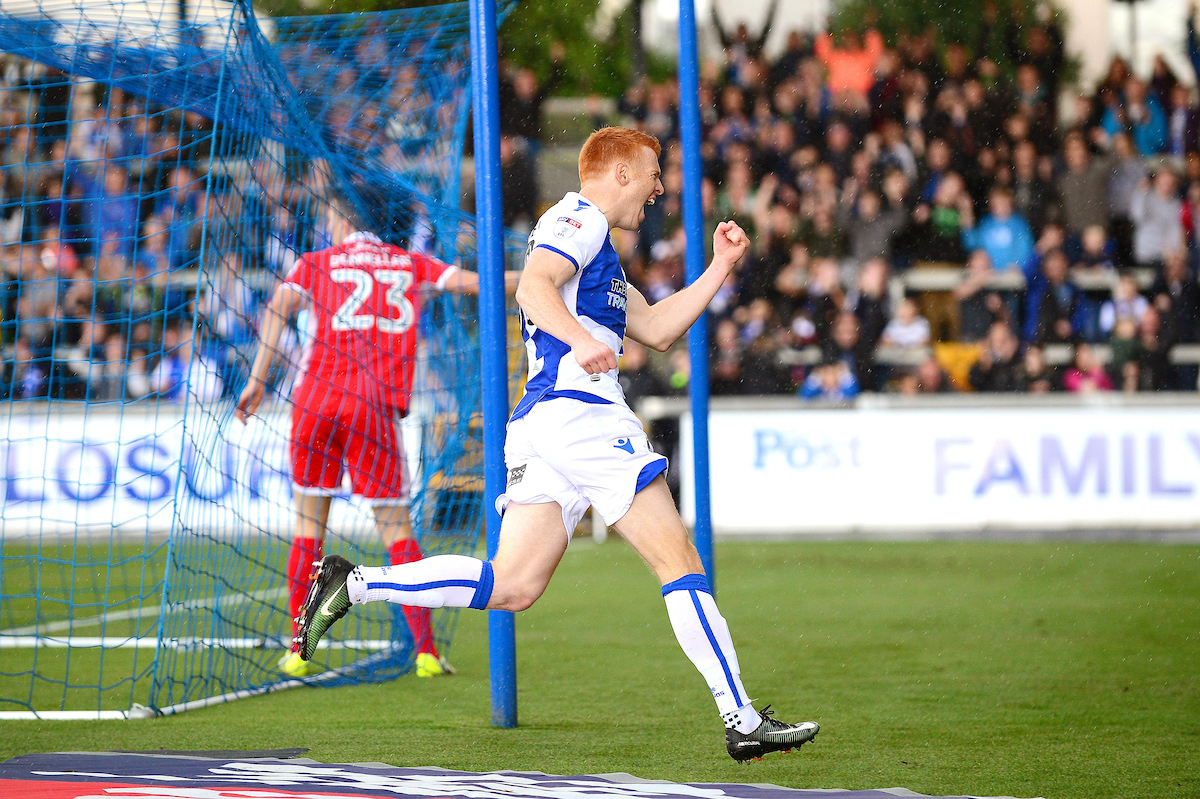 Walsall carved their first opportunity of the game shortly after going behind, with striker Amadou Bakayoko advancing into a dangerous position before the eventual shot from the forward scurried across the face of goal, with Rovers 'keeper Sam Slocombe able to watch the effort bounce harmlessly wide of the post.

As the first-half progressed, the game remained an open encounter, with both sides creating chances. Billy Bodin took advance of space inside the final third to launch a fierce long-range effort that skidded across the slippery surface, forcing Gillespie into pushing the effort away from goal, where Rory Gaffney looked poised to touch home the rebound but the ball didn't drop from the striker in sufficient time to add his second goal of the afternoon.

Walsall spent a good spell of the first half inside the Rovers half but were unable to break down a sturdy Rovers back four. A drifted delivery from a corner managed to evade the Rovers defence, with the ball finding its way to James Wilson at the far-post, who beat Gaffney in the air to the ball, but off-balance the defender could only direct his header past the post.

Rovers continued to maintain their attacking threat as the first-half progressed, as Billy Bodin drifted in from the right and was able to take control of the bouncing ball before sending a well-struck volley towards goal that forced Walsall 'keeper Gillespie into being alert to make a save. 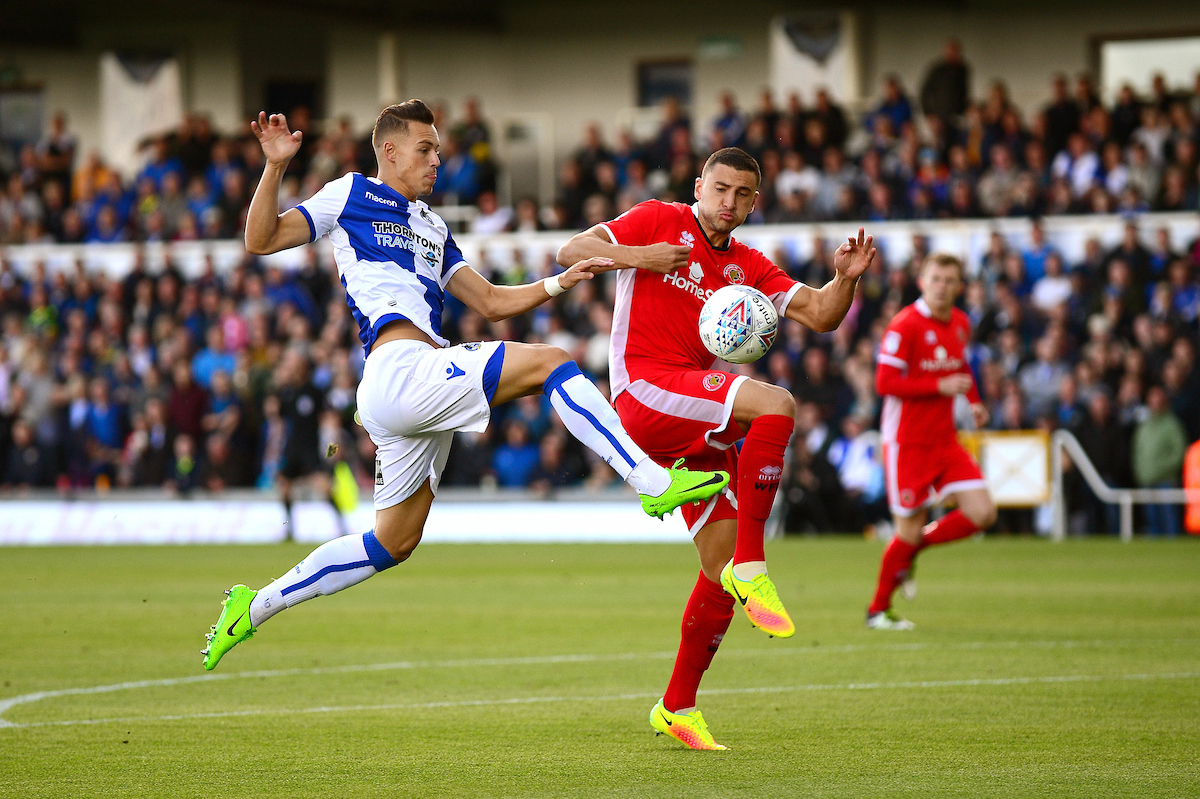 Bodin's chance was quickly followed by chance for Tom Lockyer to double his goal tally for the season, as the defender lost his man from a corner and managed to meet a Lee Brown corner from the left with a powerful header that almost crept underneath the crossbar, with Gillespie seemingly beaten and stranded in the opposite side of the goal.

With minutes remaining in the first-half, Walsall created an opportunity to pull back level, with a curling set-piece from playmaker Erhun Oztumer finding Luke Leahy inside the area. Inside the congested area, the defender saw the ball late but was still able to glance a header inches wide of the left-hand post, as Rovers maintained their slim advantage heading into the break.

Following the interval, the visitors continued to pose a threat, with the lively Amadou Bakayoko cutting in from the left before striking a right-footed shot from twenty-five yards that just veered off-target, but had Sam Slocombe diving at full stretch.

Rovers were forced into making a change just ten minutes into the second half, as Chris Lines' afternoon was cut short due to injury. Lines' departure resulted in Manager Darrell Clarke making a double change, with Daniel Leadbitter replacing the injured Chris Lines and Ellis Harrison replacing goalscorer, Rory Gaffney.

Following a flurry of substitutions, the visitors pulled back level through James Wilson, as the defender wangled his way through a congested area to head home from an Oztumer corner. 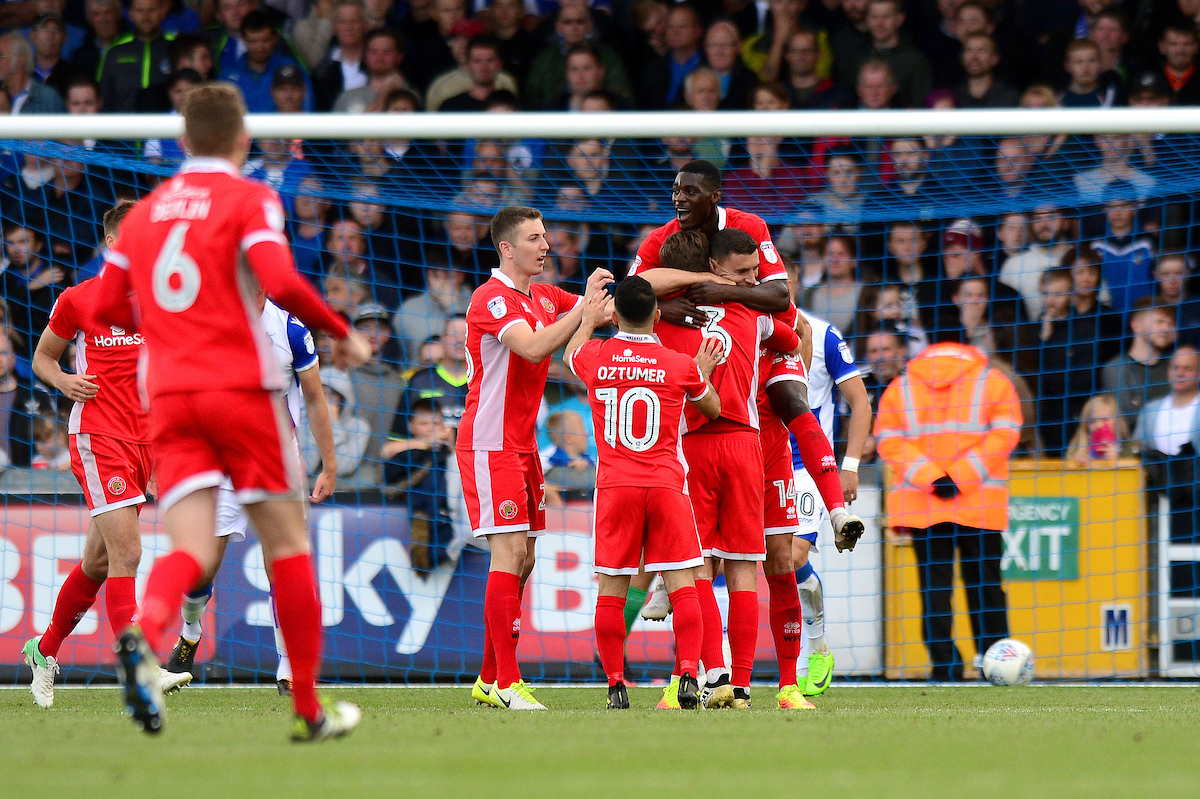 Following Walsall's equaliser, the game was turned on its head moments later, as Rovers 'keeper Sam Slocombe was shown a straight red card following a debatable challenge on the edge of the area on Amadou Bakayoko. The 'keepers dismissal meant that Tom Nichols had to make way for the introduction of the young goalkeeper, Alexis Andre-Jr.

The substitute goalkeeper had to be immediately alert, as Oztumer's effort from the resulting free-kick looked to be sneaking into the bottom corner, with Alexis diving low to his left to touch the ball past the post.

The visitors looked to make their numerical advantage count and committed more men forward in search of a winning goal. Following a series of blocked shots on the edge of the Rovers area, the ball fell to Joe Edwards, who honed a curling effort towards goal that looked destined for the top corner, but an outstretched hand from Alexis Andre-Jr was enough to tip Edwards' effort over the bar.

Following a battling thirty minute period where Rovers had to soak up pressure from Walsall, a break down the left from Billy Bodin allowed the forward to feed the ball through to Daniel Leadbitter, with full-back managing to angle a pass across the face of goal that took a heavy deflection, only for the loose ball to fall into the path of Ollie Clarke, with the midfielder making no mistake in firing home a volley from close range to score a dramatic late winner for Rovers. 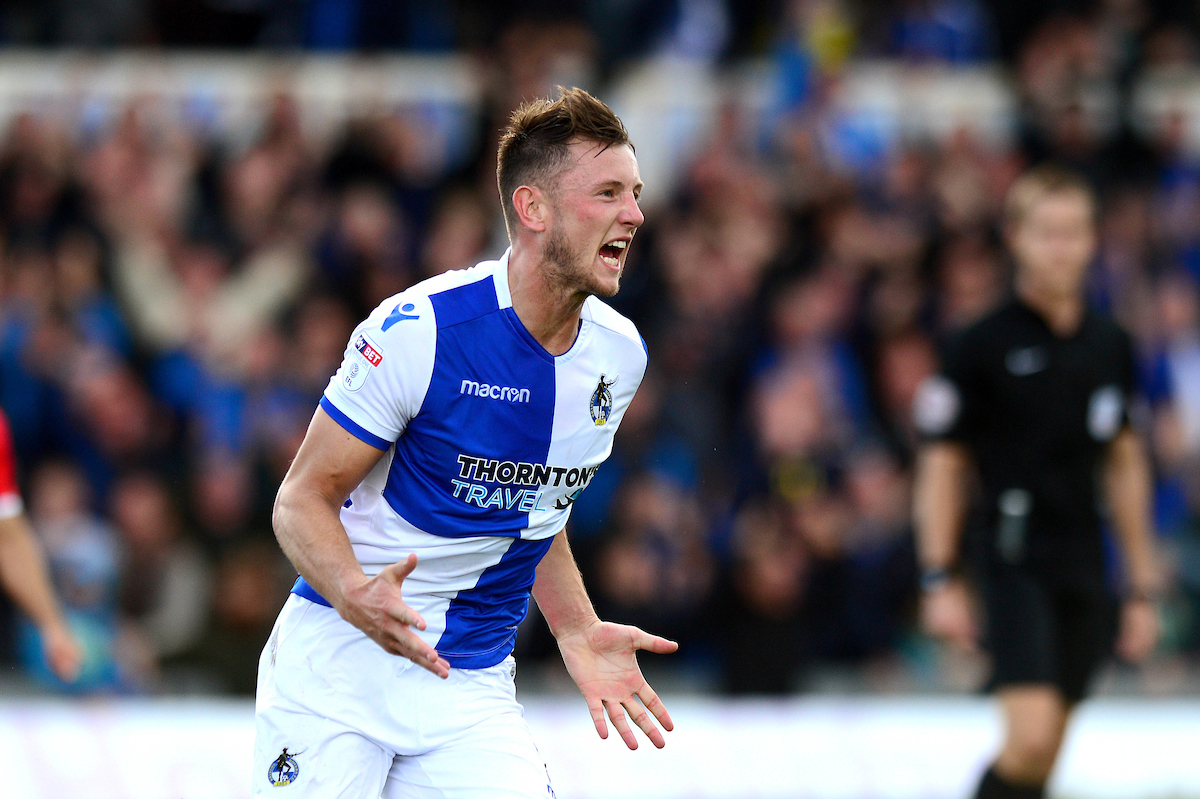 Rovers face a quick turnaround, with Oldham visiting the Memorial Stadium on Tuesday evening, ahead of next Saturday's trip to Wigan Athletic.