The hosts scored all four goals during the opening forty-five minutes, as Rodman, Morris, Nolan and Brown all found the net in a clinical display for the league leaders.

In the second half, the Shrewsbury defence prevented Rovers from reducing the deficit to the scoreline, with the damage done inside the opening forty-five minutes enough for the home side to collect all three points. 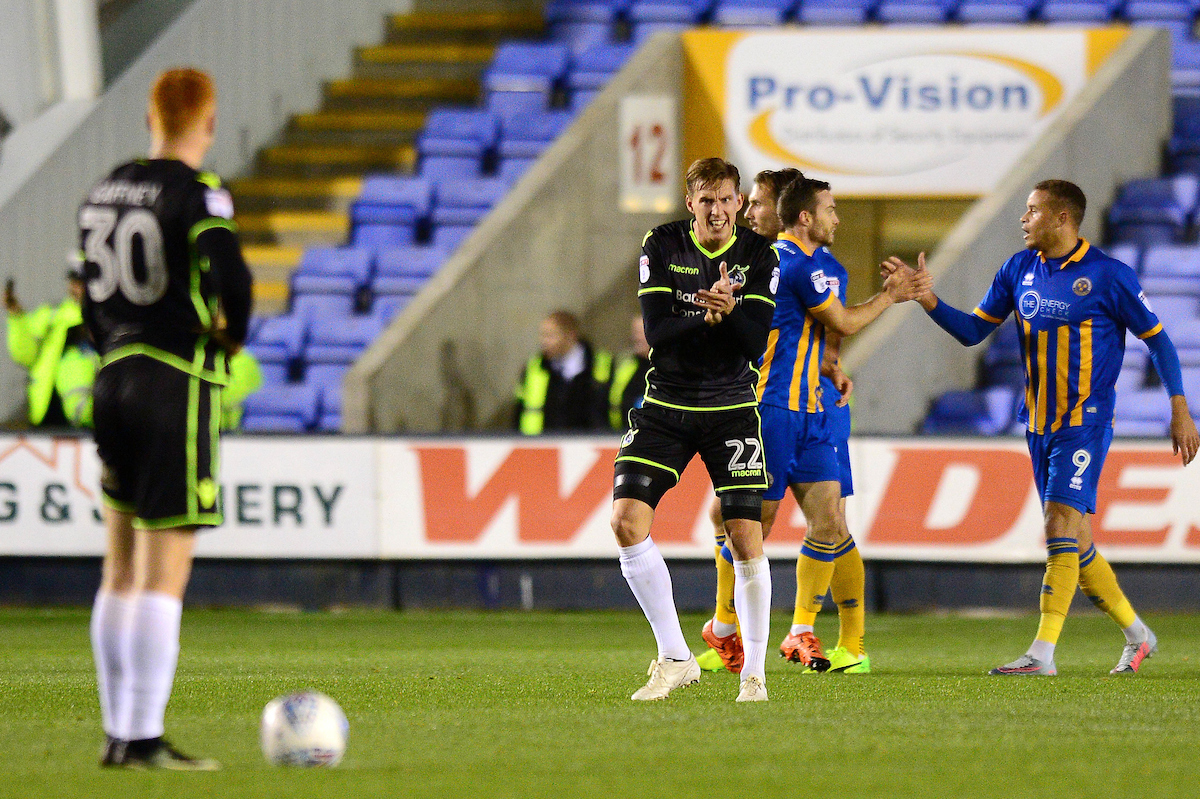 Manager Darrell Clarke opted to make just the one change to the side that was narrowly defeated at the Mem on Saturday, with that change coming in the shape of a straight swap in defence, as Ryan Sweeney was recalled to the starting eleven, with Tom Broadbent dropping to the bench.

During the opening stages, both teams looked to settle into the game and get a hold of the ball in possession. An early adventurous run from Alex Rodman caused the Rovers defence issues, as the winger skipped past numerous challenges and was able to advance to the final third, but Rodman's run was eventually halted by a challenge from Ellis Harrison.

Rovers had early chances of their own and looked to break quickly when in possession, using the pace of Sercombe and Nichols to advance at speed. It was Sercombe who very nearly provided a golden opportunity for Gaffney, as the midfielder ran with the ball from deep and provided a neat ball over the top that was cleared away by 'keeper Dean Henderson, who was swift off his line to clear the ball ahead of Gaffney. 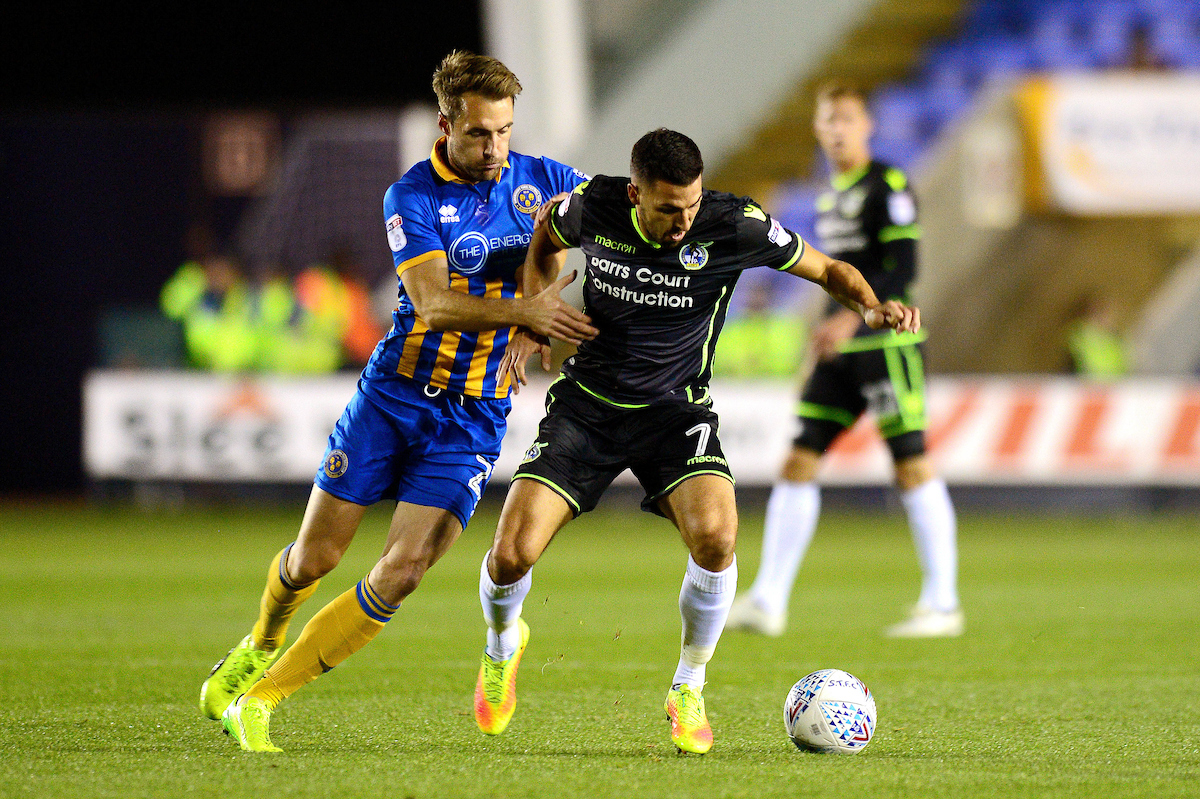 Sercombe was involved again in the final third shortly after, with the midfielder taking advantage of a bouncing ball on the fringes of the area to launch a volley towards goal that was struck with some power but didn't quite dip enough to test Henderson, as the ball flew over the crossbar.

Following a fairly equal opening ten minutes, it was the hosts who broke the deadlock, through winger Alex Rodman, who has gained a habit of scoring against Rovers in recent years. In a move that saw Shrewsbury break down the right, Shaun Whalley provided a pass that evaded the Rovers back-four, with Rodman breaking in behind the defence. After receiving the ball in the box, the winger checked to see that he was onside and took a touch towards goal before producing a finish that squeezed the ball underneath Sam Slocombe, to put Shrewsbury ahead.

In response to the goal, Rovers looked to respond quickly. A well-disciplined challenge deep in the Shrewsbury half saw Joe Partington win possession and from the advanced position, the full-back directed a cross into the box that was deflected behind for a corner. From the resulting set-piece, a well-weighted delivery into the box by Chris Lines was met by Ryan Sweeney, as the defender muscled his way to winning the header, but was unable to keep his effort down as his effort rose over the crossbar. 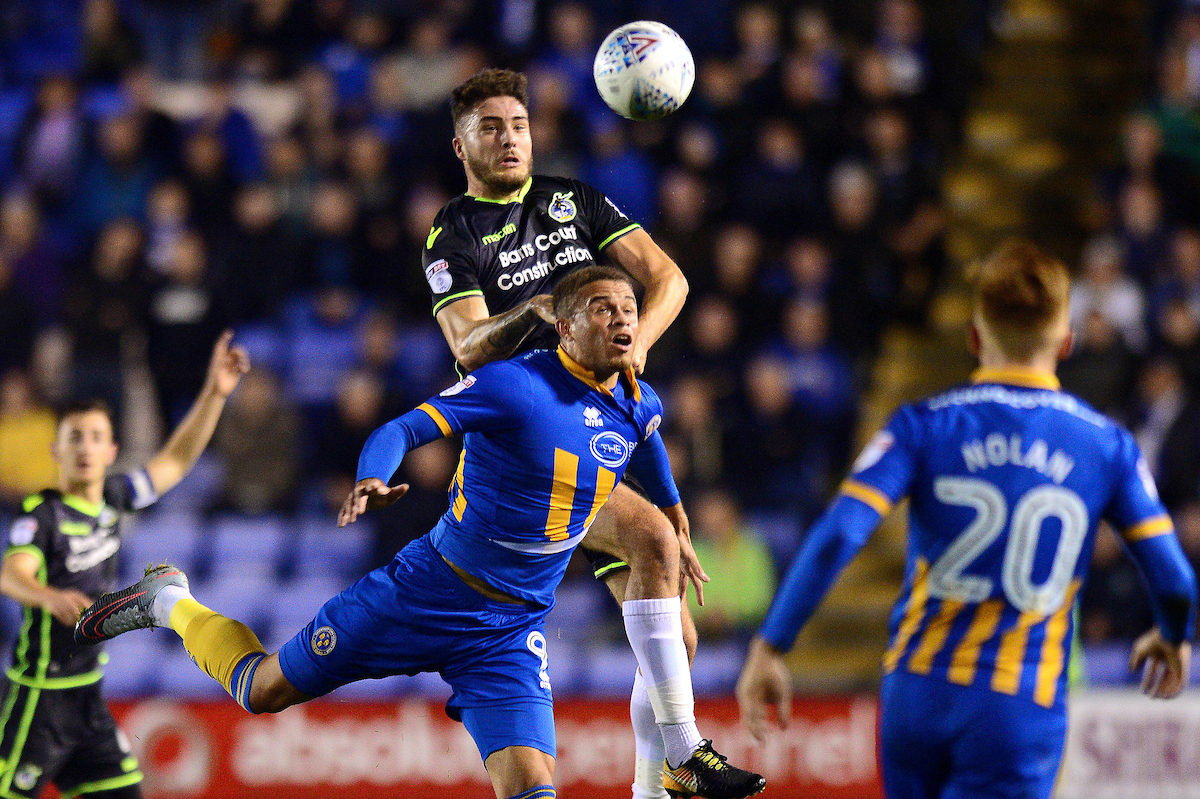 Although they were behind in the encounter, Rovers still looked bright on the attack. Ellis Harrison proved to be handful for the Shrewsbury defence, as the striker used his body to shield and protected the ball before hitting an effort on the turn that had Henderson diving to his left, but Harrison's effort curled just the wrong side of the post, with perhaps Henderson's dive making the strike look closer to the target than it actually was.

Shrewsbury were able to add a crucial second goal midway through the first-half. A high cross to the far-post by Junior Brown led to an aerial battle between Marc Bola and Carlton Morris. The Shrewsbury striker managed to leap higher than Bola, and from a tight angle was able to navigate a header low towards the target, with the ball taking a deflection off the post on its way past Slocombe.

Just minutes after Morris' goal, the hosts added to their tally, scoring a third unanswered goal. In a move that again originated down the right, goalscorer Carlton Morris broke to the touchline and was able to dig out a delivery across the face of goal that picked out Jon Nolan, who was able to poke the ball home from close-range, with little Slocombe could do to prevent the effort from such close proximity to his goal.

Just ahead of the break, the home side added their fourth goal, as provider Junior Brown turned goalscorer. Following a free-kick that was conceded by Tom Lockyer, a direct ball from Shaun Whalley from the set-piece found Junior Brown at the far-post. The full-back was able to leap in the air and direct a header back across goal that nestled into the far corner to give the hosts a four-goal cushion heading into the break.

At the half-time break, Chris Lines made way for Stuart Sinclair, as Manager Darrell Clarke made the adjustment to change the balance of his squad.

It was Shrewsbury who registered the first opportunity of the second half. An out-swinging delivery from a corner from the right was played into the busy penalty area, where Aristote Nsiala was able to connect with a powerful header that narrowly flashed wide of the post.

Left-back Junior Brown was looking to break deep when given the opportunity and was next to test Slocombe. The defender found the ball break kindly for him inside the box, and in turn produced a fierce left-footed shot that Slocombe was able to palm away, with Ryan Sweeney assisting his goalkeeper by clearing the deflection well away from the Rovers area.

Rovers came closest to reduce the deficit through Ellis Harrison. After a bright run down the right from substitute Daniel Leadbitter, a Rovers corner from the right was recycled back into the area by Ryan Sweeney, as a direct cross from the defender found Ellis Harrison, who could only nod a glancing header over the crossbar in front of the travelling Rovers supporters.

Inside the final twenty minutes, chances for both sides were few and far between, as the hosts shut up shop and protected their four-goal lead. A late shot from Liam Sercombe from twenty-yards found the target but wasn't struck with enough power to seriously test Henderson, as Shrewsbury saw out the remainder of the game to record the victory.

Next up for Rovers is a trip to Rochdale this coming Saturday in SkyBet League One. 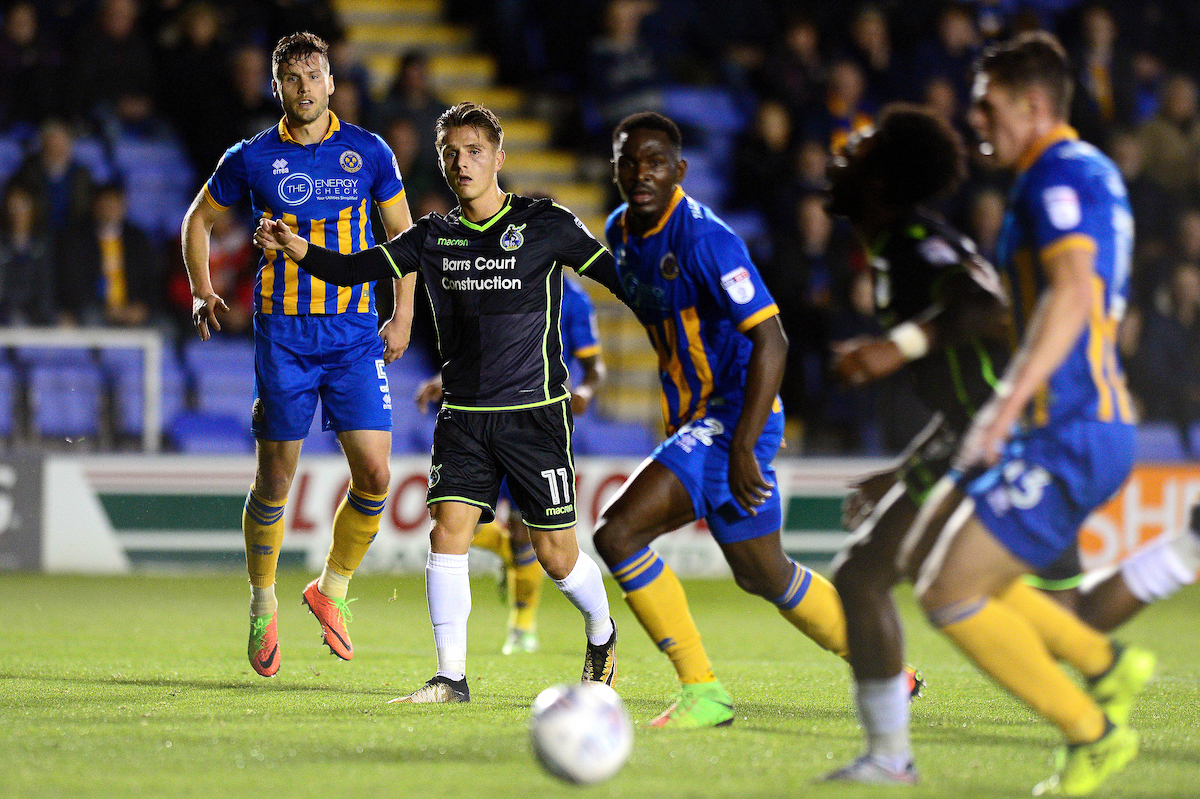