A second-half goal from Ryan Broom helped the Development Squad defeat an experienced Plymouth Argyle outfit in the Central League.

In an entertaining opening forty-five minutes, the Development Squad twice tested the Plymouth goal and looked resolute in defence to keep the experienced Plymouth strikeforce at bay.

Rhys Kavanagh had two attempts in the first half and tested the Plymouth goal inside the opening minute, forcing young Argyle 'keeper Michael Cooper into making a diving save within forty-five seconds of kick-off.

A fine diving save from Alexis Andre-Jr denied Ruben Lameiras from opening scoring early on in the second half, as the Rovers goalkeeper managed to push a free-kick from Lameiras around the post after seeing the ball late from the set-piece that broke through the Rovers defensive wall.

A determined goal from Ryan Broom broke the deadlock in the 66th minute, as the winger showed good resilience to chase down his header that looped off target and was able to take advantage of the Plymouth defence not clearing their lines to direct a forcefully stuck volley past Michael Cooper in the Plymouth goal. 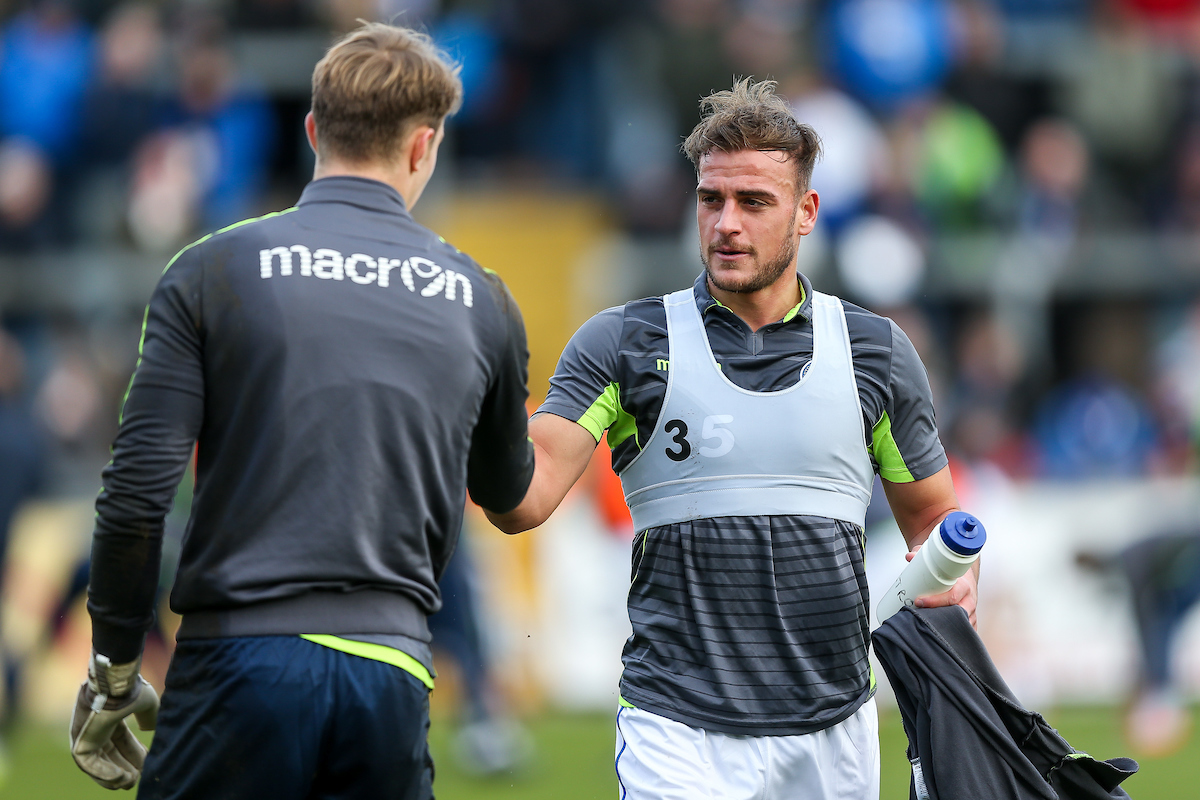 Manager Chris Hargreaves was able to call upon both Jonny Burn and Rollin Menayese heading into the game at the Devon FA, as the two centre-backs were joined in defence by Michael Kelly and Jordan Williams.

Ryan Broom was also named in the starting eleven, as Kenan Dunwald was paired with Rhys Kavanagh in attack and the regular midfield trio of Luke Russe, Cameron Hargreaves and Louis Leigh-Gilchrist also featured.

Plymouth included serval familiar names in their line-up for the fixture, as Nathan Blissett, Gregg Wylde, Ryan Law and Antoni Sarcevic were all on show for the hosts.

Rovers started the game brightly and almost found themselves ahead in the opening minute. A quick break down the left saw the ball worked intelligently to Rhys Kavanagh. Drawing in a number of defenders, the striker was able to shield the ball on the touchline before switching the ball to his right foot. With the goal in sight, the Kavanagh managed to force a powerfully struck effort towards goal that forced Plymouth goalkeeper Michael Cooper in making a save.

The opening stages of the game were marked by bright spells of play for both sides. The hosts looked to take full advantage of a rushed clearance from Alexis Andre-Jr, as the goalkeeper's clearance took a deflection that saw the ball land at the feet of Lionel Ainsworth. The winger looked up and saw Alexis out of position and attempted a first-time strike that was directed to the 'keeper right. Fortunately for Rovers, Alexis was able to shift his body weight to adjust his feet to make the save down low to his right.

Following his attempt on goal in the opening minute, it was Rhys Kavanagh again who came closest to breaking the deadlock. The young striker moved to a threatening position on the edge of the area and took a smart touch to kill the ball at his feet. With a clear path to goal, the striker looked to direct a low-finish into the bottom corner, but his right-footed effort drifted narrowly wide of the upright.

Rovers had a strong shout for a penalty turned away just after the half-hour mark. A neat series of passes down the right saw Ryan Broom dig out a through ball to the advancing full-back Jordan Williams. The defender's first touch saw him break into the box at pace, as it appeared that Ryan Law had pulled back the right-back by pulling on his shirt. With the linesman's flag raised it looked like Rovers had been awarded a penalty for the infringement, but the referee decided to award the free-kick to the home side, much to the bemusement to those watching.

As half-time approached, Plymouth started to edge the chances tally, but resolute defending kept the hosts at bay. Rollin Menayese and Jonny Burn were both alert to a number of well-placed crosses into the box from Lionel Ainsworth. A shot from the edge of the area from Ruben Lameiras looked like it may find the target in the minutes leading up to the half-time interval, but a courageous block from Luke Russe inside the penalty area did enough to deflect Lameiras' effort away from danger.

Rovers managed to break the deadlock midway through the second half through winger Ryan Broom. The move started down the left, as full-back Michael Kelly delivered a measured ball into the box that found Broom making a run across the penalty area. Broom managed to adjust his body to force a header towards goal, but his effort ballooned high in the air, with the winger reacting quickly to chase down the loose ball and to get his body in front of the bouncing ball and from close-range was able to drive home a volley low into the net.

The organised Rovers defence was able to see out the remainder of the game with little threat on the Rovers goal, as Chris Hargreaves side claimed their second Central League victory of the season.