Dom Telford's first-half strike at Merstham gave the Development Squad the perfect start in the Central League Cup encounter. The striker reacted the quickest to a loose ball on the edge of the box and was able to direct a finish into the bottom corner put Rovers ahead inside twenty minutes against AFC Wimbledon.

AFC Wimbledon responded within minutes, as a cross from the right eventually fell to Ethan Nelson-Roberts, who made no mistake in converting past Adam Smith from close-range.

Telford's second goal midway through the second half was enough to secure the victory for Chris Hargreaves' side, as the striker moved well inside the box to head home from a Michael Kelly cross following a free-flowing move down the left.

The victory marks the Development Squad's second victory in the competition, following last month's win over Portsmouth F.C and continues an impressive run of victories for Chris Hargreaves' side, building on recent postive results over Weston Super Mare and Southend United. 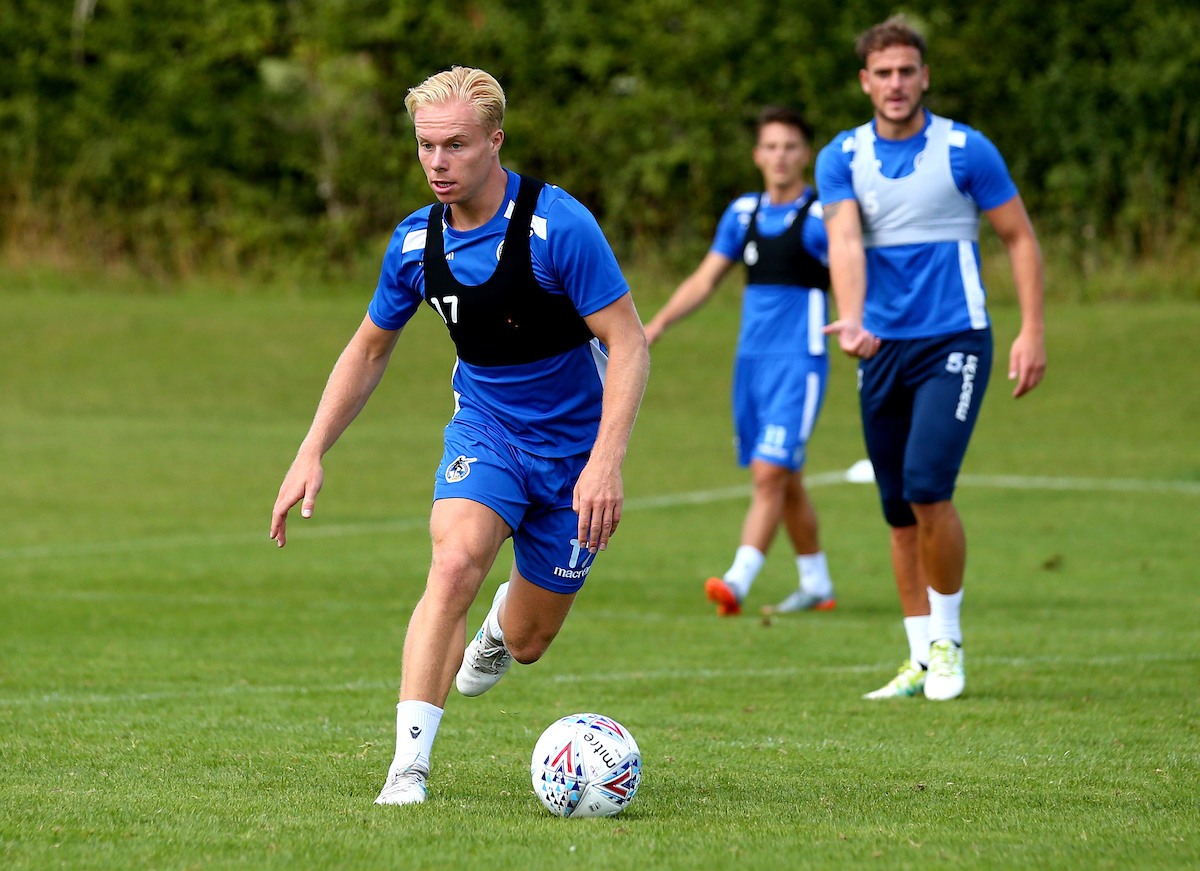 Heading into the game, Chris Hargreaves named a strong side to take on a youthful outfit from AFC Wimbledon.

Adam Smith and Dominic Telford were both included in the starting eleven, with Telford paired with Rhys Kavanagh in attack.

There was also an opportunity for Ryan Broom to gain some game time, as the Welsh winger was included in a midfield that included in the trio of Connor Jones, Luke Russe and Cameron Hargreaves.

In the early stages, Rovers looked threatening on the attack, with the combination of Broom, Telford and Kavanagh keeping the AFC Wimbledon defence occupied.

It was one of the attacking three that registered the first opportunity of the game, from a dangerously positioned set-piece. Dom Telford took charge of a free-kick on the very edge of the AFC Wimbledon area and managed to direct a driven attempt under the wall that was saved down low by AFC Wimbledon 'keeper Nic Tzanev.

Telford looked lively in the opening twenty minutes and it was the Stoke loanee that broke the deadlock in the 17th minute. The striker was the quickest to react to deflected clearance from the hosts and produced a low finish from the edge of the area that took a slight deflection that helped the ball settle into the bottom corner.

The goal kick-started more attacking endeavour from the hosts and they were able to restore balance to the scoreline just six minutes after Telford's opening strike. A cross from the right was dealt with the Rovers defence, with the ball eventually falling to the feet of Ethan Nelson-Roberts, who was able to shield the ball from Alife Kilgour and direct a close-range finish out of the reach of Adam Smith.

Rovers responded to the goal with some positive passages of play and the height in the squad looked to cause the AFC Wimbledon defence issues from set-pieces. A deep corner to the far-post from Ryan Broom was headed back across goal with an intelligent header from goalscorer Dom Telford. Telford's header navigated the ball into a congested six-yard box, where Alife Kilgour was able to glance a headed effort towards goal that had to be rushed clear off the line.

Ryan Broom looked happy to run with the ball at his feet when given the opportunity and the winger produced a neat turn on the edge of the penalty box to clear a path to goal with ten minutes remaining in the first half. After beating his man the winger kept his balance and produced a cleanly hit right-footed shot that bounced back off the upright, with the Welsh winger denied a great individual goal by the woodwork.

After the break, both sides struggled to create clear-cut chances on goal. The Rovers defence, which was well governed by the vocal Adam Smith, stood firm to keep out numerous advances from the hosts, with Conor Jones and Ben Morgan with stand out blocks inside the penalty area.

Telford managed to grab his second goal midway through the closing forty-five minutes, as the striker was on hand to finish a well-worked move down the left. An initial long clearance from Adam Smith was taken down by Ryan Broom, who produced a first-time pass that picked out Michael Kelly in an advanced position down the left wing. The full-back was patient and waited for a clear path before firing in an inviting cross that was headed home at the far post by Dom Telford.

The hosts created a late opportunity to score a late equalising goal, as the lively forward Jayden Antwi broke into the area and forged a one-on-one chance with Adam Smith. The AFC Wimbledon forward opted to hit a powerful strike early, which Smith was equal to, using his feet to make a fine save to deny the striker.