Take a look at the possible threats in the ranks of Saturday's opponents, MK Dons.

Robbie Neilson's side currently sit in 15th place in the SkyBet League One table just one place and one point above Darrell Clarke's side.

MK are currently on a poor run of form as they haven't picked up a win in their last five outings in all competitions, last time out they shared the spoils in an eight-goal thriller with Oldham Atheltic at Stadium MK.

So as the Dons make the trip to BS7, we took a quick look at the potential threats in the ranks of this weekend's opponents.

Aneke [pictured above] only played 18 times during the 2016/17 season but his standout performances saw him establish himself as key member of Robbie Neilson’s squad.

The bullish attacking midfielder scored four goals, including a Goal of the Season-winning strike against Peterborough United and he’ll be looking to build on that total in 2017/18, once he recovers from his hamstring injury.

Aneke began his career with the Gunners, during which time he enjoyed loan spells at Stevenage, Preston North End and Crewe Alexandra.

Upson has hit the back of the net three times this season including two in the eight-goal thriller with Oldham Athletic last week. 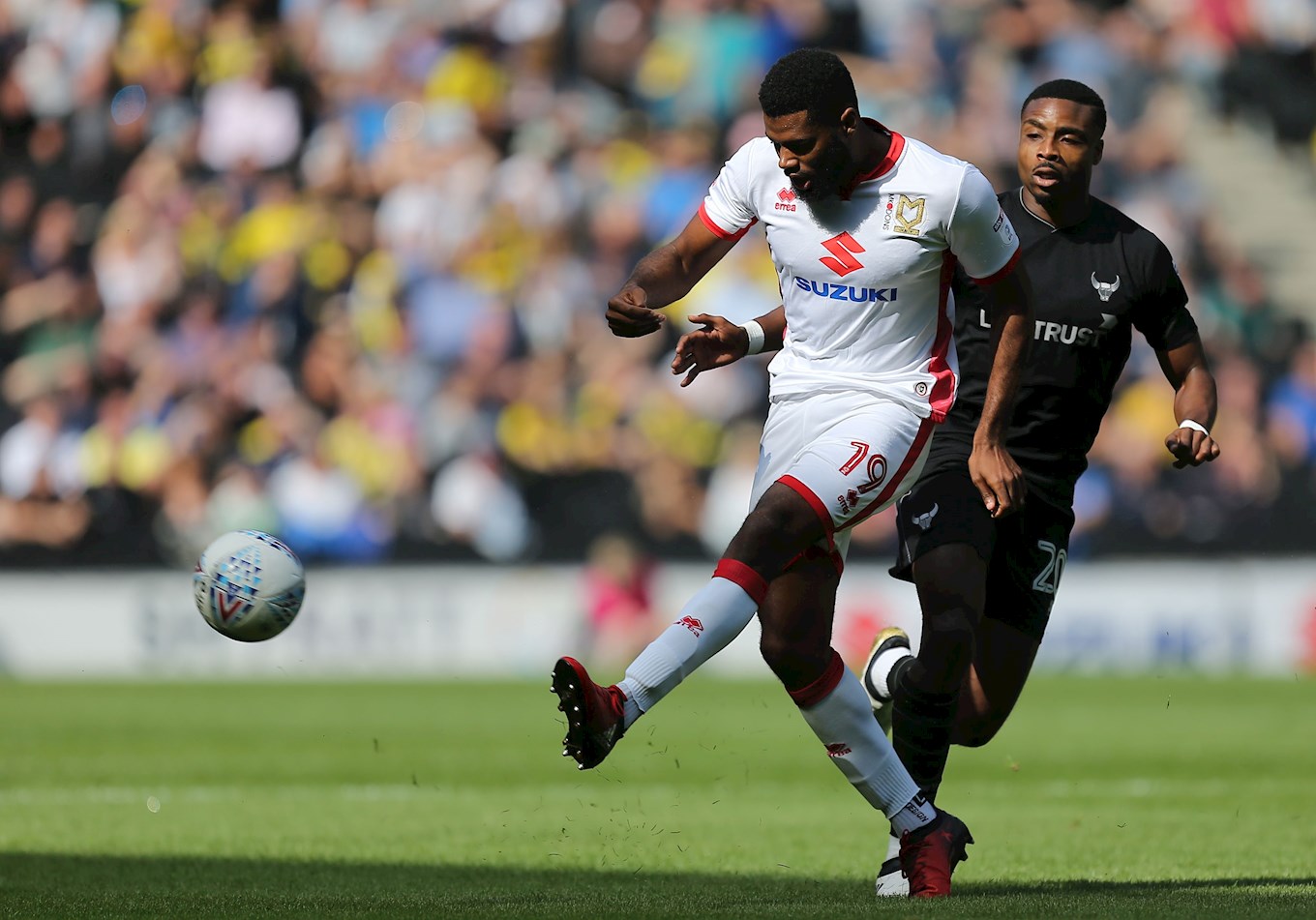 Ethan Ebanks-Landell made the switch to Stadium MK in July 2017, linking up with MK Dons during their pre-season training camp in Hungary.

The centre-back began his career with Wolverhampton Wanderers, progressing through the Academy set-up at Molineux before turning professional in December 2010.

Ebanks-Landell, who spent a short time on loan at Bury early in his career, helped Wolves to the Sky Bet League One title in 2013/14 and three seasons later he lifted the trophy again – this time with Sheffield United while on loan at Bramall Lane.