Ryan Sweeney is chosen to play alongside captain Tom Lockyer in the heart of the Rovers defence, at the expense of Tom Broadbent.

The other changes see Joe Partington come into the starting eleven, with Tom Nichols starting the game on the bench.

On the bench, Rovers have attacking options in the shape of Rory Gaffney, Tom Nichols, Dom Telford and Ryan Broom 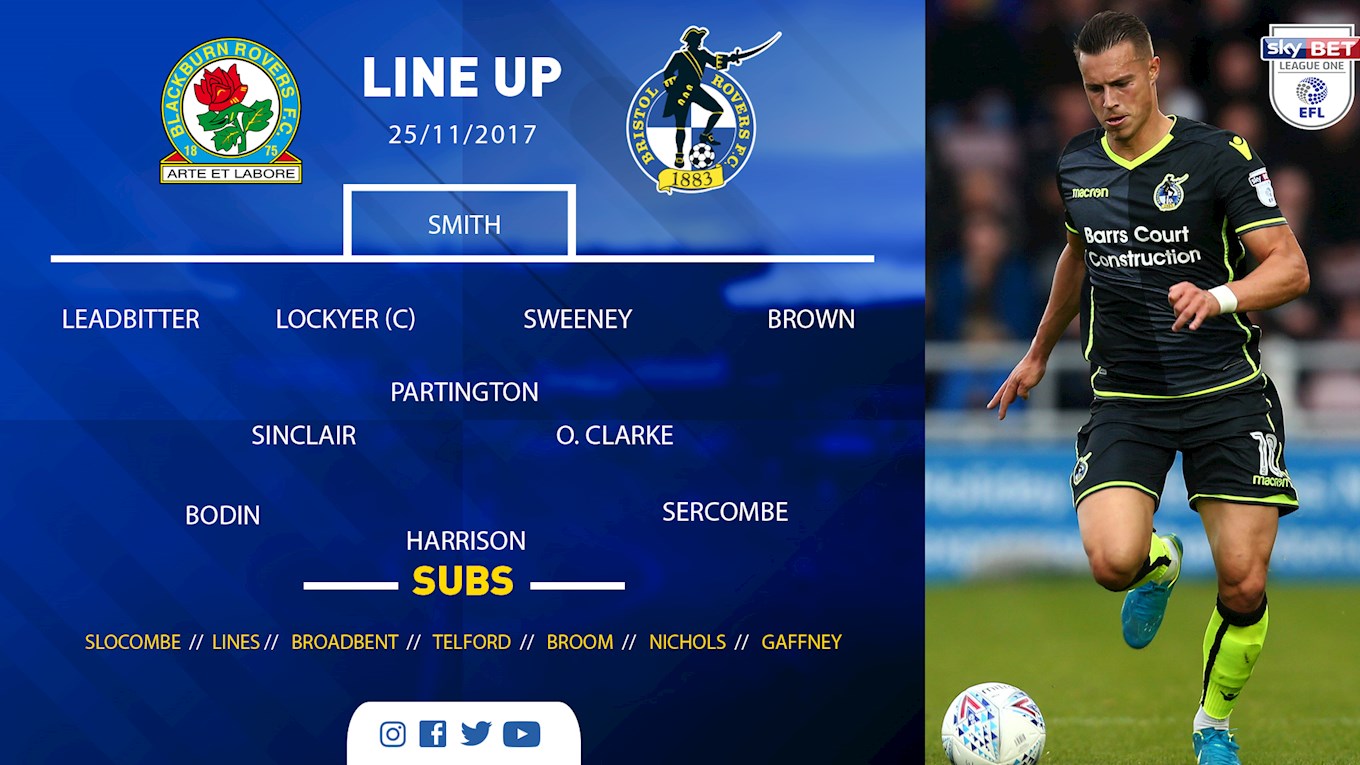