Swindon took the lead from the spot inside the opening twenty minutes, as Marc Bola was judged to have fouled Paul Mullen inside the box, with John Goddard holding his nerve to dispatch the spot kick.

Rovers responded almost immediately, as Ryan Sweeney headed the home side level midway through the first half, but a simple tap in from close range from Paul Mullen restored Swindon's advantage heading into the break.

Kellan Gordon added a third for Swindon just before the hour mark, as Liam Sercombe reduced the deficit in the final twenty minutes, but a late goal from Kaiyne Woolery secured the win for Swindon, knocking Rovers out of the competition in the process.

Both sides headed into the game knowing that a victory would be enough to secure a place in the knock-out stages of the competition.

In naming his side for the game, Rovers boss Darrell Clarke elected to name a strong side for the visit of Swindon Town.

Ellis Harrison returned to the starting eleven for the game, as Marc Bola joined up a defence that consisted of the centre-back pairing of Jonny Burn and Ryan Sweeney, with Ollie Clarke given the captain's armband for the night's proceedings.

Dom Telford joined Ellis Harrison in attack for the game, following the duo's brief cameo in Friday's defeat to Nottingham. 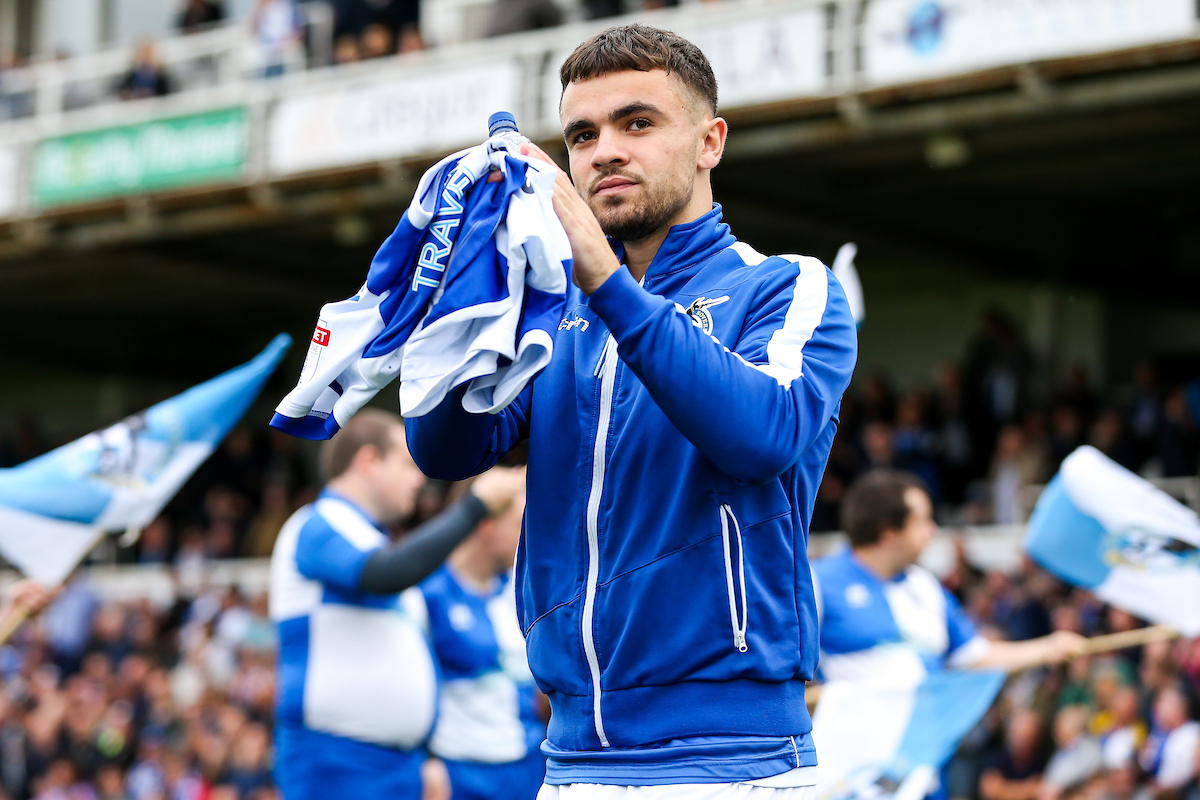 Rovers started the contest brightly and were quick to test Swindon 'keeper Reice Charles-Cook, as Liam Sercombe waited patiently for a ball to fall to him on the edge of the area before hitting a volley towards goal that had to be pushed away from goal by Charles-Cook, as the ball reached him at an awkward height and direction.

It was the visitors who in turn came close to opening the scoring, as a long-range attempt from John Goddard took many by surprise, with his well-struck effort rebounding clean off the crossbar.

Swindon took the advantage in the tie minutes later, as Marc Bola was punished for a foul inside the Rovers penalty area on Paul Mullen. Goddard was tasked with taking the penalty-kick and directed an effort down the middle, as Adam Smith launched his body to make a save to his left, giving Swindon the lead.

After finding themselves a goal behind, Rovers responded well and almost found an instant equaliser. A ball into the Swindon box was recycled wideout right to Joe Partington, as the defender took advantage of time on the ball to cut in from a wide position and fire a left-footed shot narrowly past the post, with the ball sailing inches wide of the upright.

Rovers did find their equalising goal midway through the first-half, as Ryan Sweeney was on hand to bring the scores back level. The goal originated from a well-directed free-kick into the box from Liam Sercombe, as the midfielder's delivery found Sweeney, who muscled his way into a position to win a header in the congested area, diverting the cross past Charles-Cook in the process. 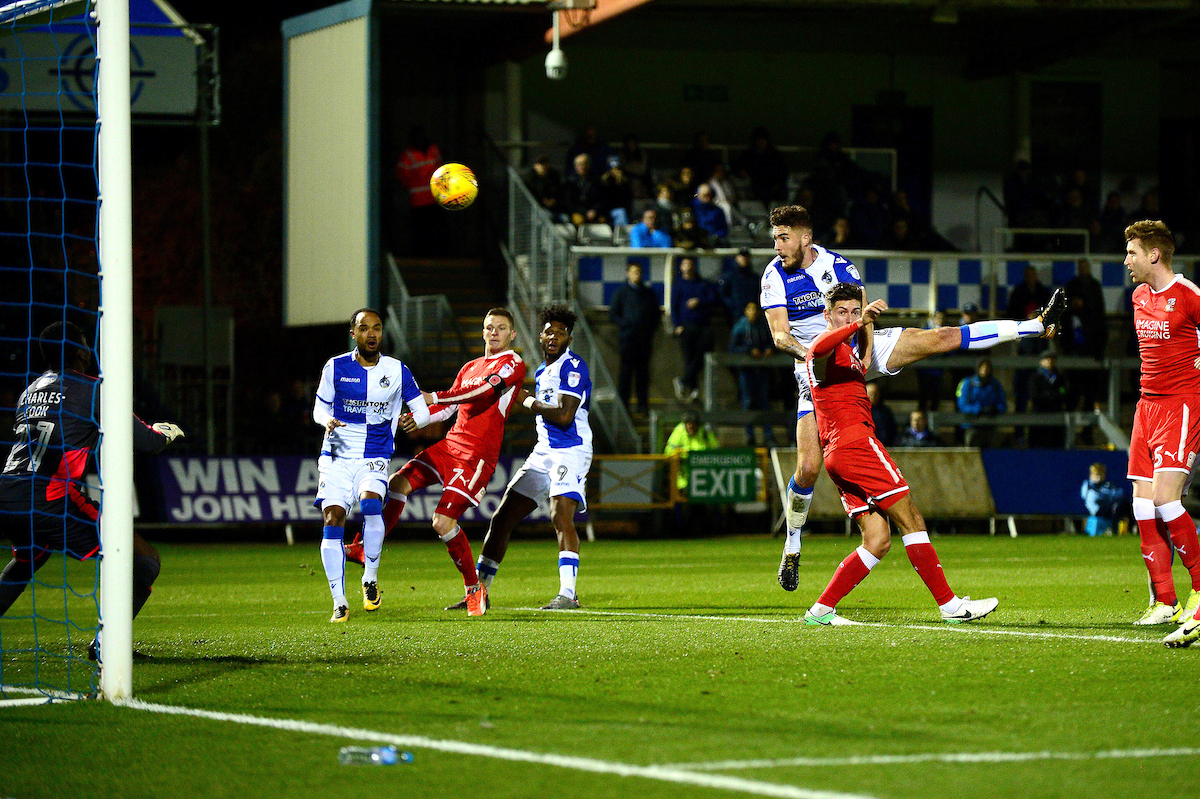 Just as the goal had signalled a good spell in the game for the hosts, Swindon found themselves ahead with just a little under ten minutes remaining in the first-half. Paul Mullen grabbed the goal, providing a simple tap-in after Kaiyne Wollery's shot from range had been rebounded to Mullen from goalkeeper Adam Smith, as Swindon took a one-goal lead heading into the break.

In the early stages of the second half, Dom Telford came close to returning balance to the scoreline, as the striker was fortunate to receive the ball following a deflected shot from Ellis Harrison. Instintifully the striker fired a first-time shot towards goal that very narrowly flew past the upright, with Charles-Cook seemingly beaten.

Swindon extended their lead just before the hour mark, taking advantage of Rovers' focus to attack in search of the equaliser. Kellan Gordon was able to break into the Rovers area and with options to square a pass across the face of goal, he opted to go it alone, seeing his first effort rebound straight back to him off the post, before burying the rebound high into the roof of the net. 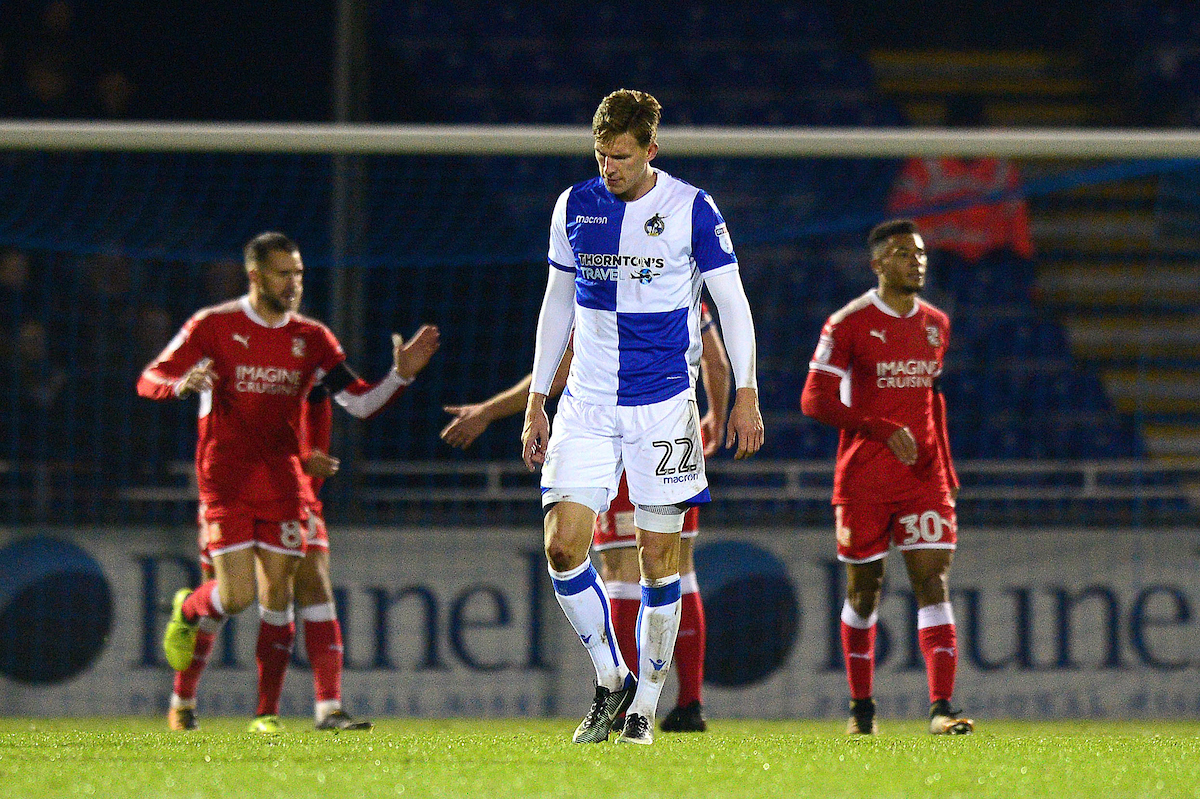 Substitute Tom Nichols had a chance to reduce the deficit after the striker directed a driven effort on goal from the edge of the box with a neat turn to open up the path to the goal, but his effort lacked the power required to test Charles-Cook in the Swindon goal.

Rovers did manage to force a goal to reduce Swindon's advantage with a healthy portion of the game remaining. A delicate left-footed cross into the area from Tom Nichols wasn't dealt with, with the ball finding Liam Sercombe, as the midfielder deflected the effort into the net from inside the six-yard box, but Rovers were unable to find a late equaliser.

Kaiyne Woolery added an individual goal late on, breaking from the halfway line to aim a side-footed finish past Adam Smith to secure the victory for Swindon.