In an even first-half, chances were hard to come by. Rory Gaffney had an early effort bounce wide off the post, as Rovers had Adam Smith and Lee Brown to thank for keeping the scores level going into the break.

Smith produced a fine reaction save to deny Adelakrun, as Lee Brown was in the right place at the right time to clear off the line from a corner late on in the first-half.

Neal Bishop scored in the five mintues of stoppage time to deny Rovers a point on the road, heading past Adam Smtih in the 93rd minute to cruely withold Rovers a point. 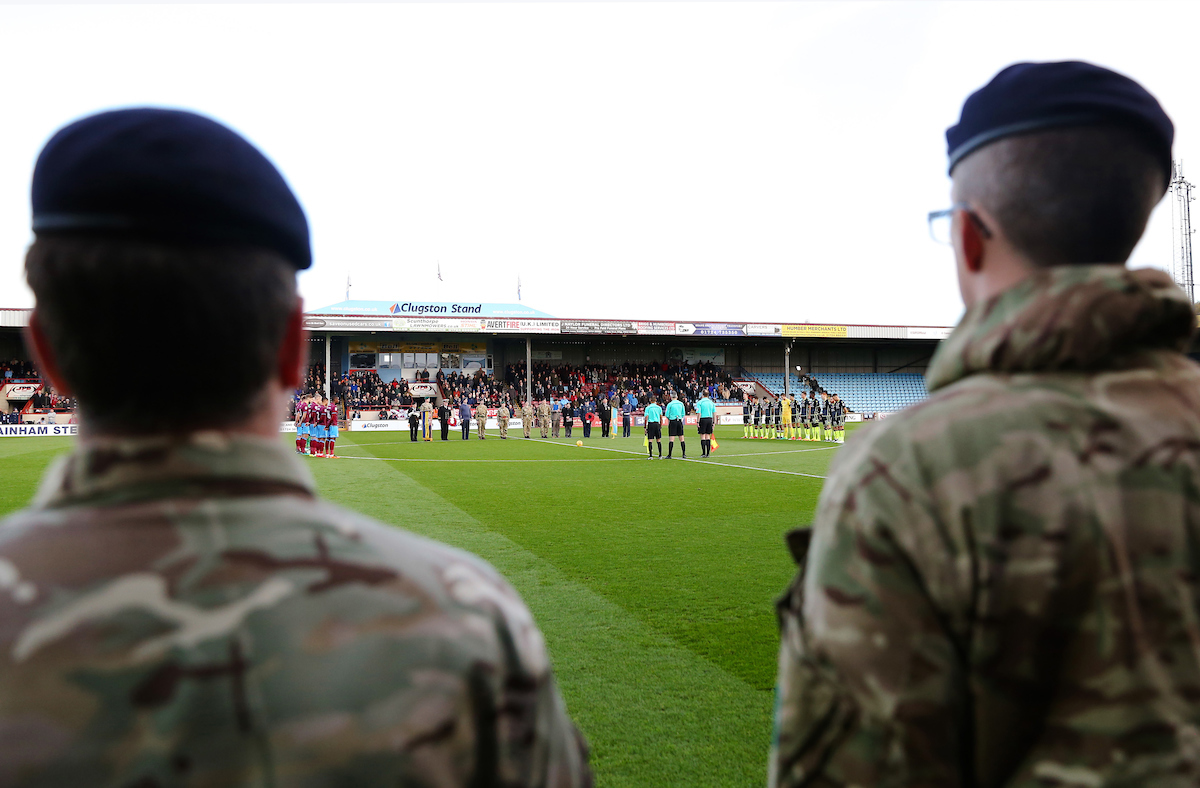 In the build-up to the game, Manager Darrell Clarke made seven changes to the side that started Wednesday's Checkatrade Trophy fixture against Swindon Town.

There were four changes in the defence, as Rollin Menayese was paired alongside Tom Broadbent at centre-back, restoring the pairing that was used in Rovers' 6-0 victory over Northampton back in October. Lee Brown and Daniel Leadbitter were tasked with working the full-back positions.

The inclusion of Sinclair, Gaffney and Nichols completed the changes for Rovers, as the captain's armband was handed to Chris Lines in the absence of Tom Lockyer.

Rovers started the game well and recorded the opening chance of the encounter. Liam Sercombe aimed up a low driven effort from outside the area inside the opening five minutes, as the midfielder's effort took a deflection into the path of Rory Gaffney. With a narrow-angle to goal, the striker took a touch before delivering a fiercely struck shot that bounced off the post and wide, with Gilks in the Scunthorpe goal knowing little about the shot due to the power Gaffney generated on his close-range effort.

Chances were few and far between in the first-half, with both sides failing to register many shots on target. There was a nervous moment for Rovers midway through the opening forty-five minutes, as Tom Broadbent looked to leave a hopeful long-ball forward to run through to Adam Smith. Tom Hopper chased down the loose ball and rushed Adam Smith into making a clearance, as the goalkeeper was able to volley the ball clear in the nick of time.

Late in the first half Smith was called into action and made a save low down to his left to deny Hakeeb Adelakun, who produced a driven effort from the edge of the box, in what was, in fact, the first effort on target of the game. Moments later, Lee Brown was alert to clear off the line, as a corner from the hosts bounced around the box and edged close to the Rovers goal. 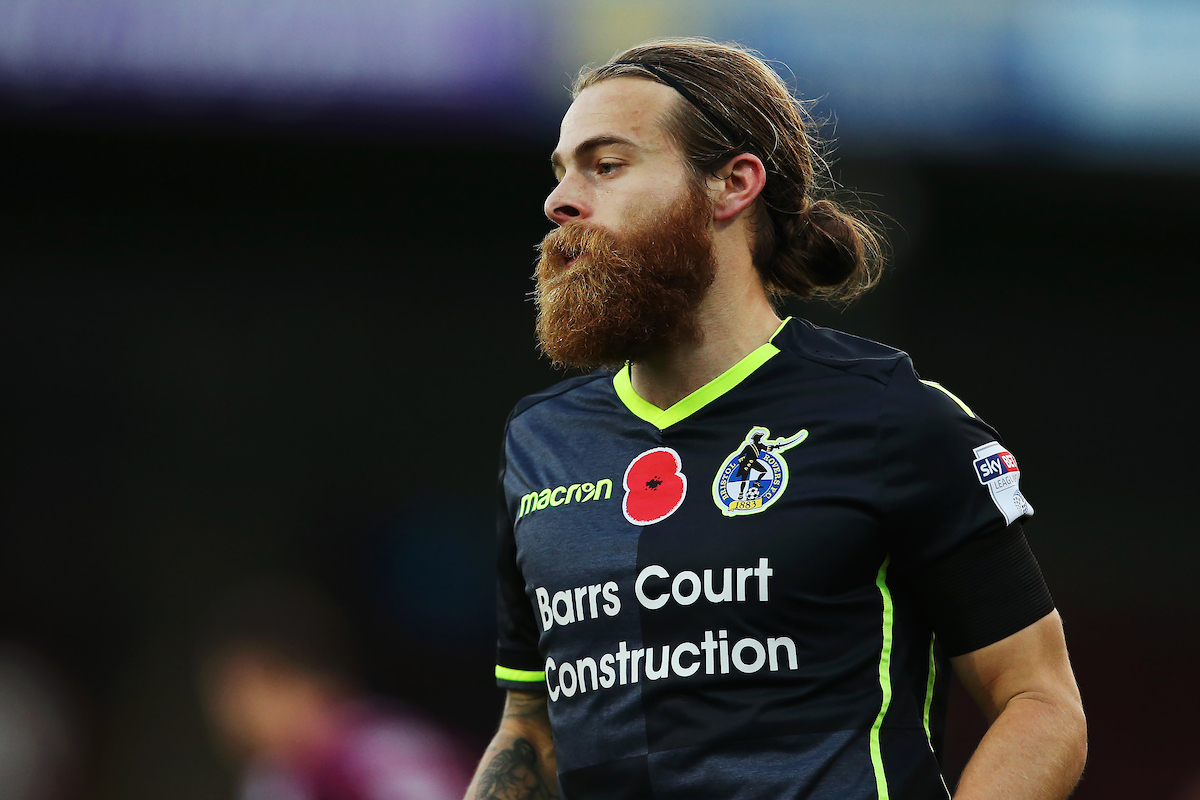 After the break, Scunthorpe looked threatening, as the hosts upped the tempo but Rovers defence held strong to deny the hosts. Tom Broadbent was able to head clear a threatening cross into the Rovers box, as Daniel Leadbitter made a crucial block to deflect a close-range effort from Tom Hopper from finding the target.

Lee Brown was again called upon to make a vital clearance on the hour mark, as the defender tracked back to deflect an effort from Lee Novak away from goal after the striker had knocked a bouncing ball past Adam Smith and had the goal at his mercy.

Rovers had a late chance as low-driven cross from Daniel Leadbitter wasn't picked up by the Scunthorpe defence, allowing Ellis Harrison to touch the ball towards goal, only for Matt Gilks to make a save down low, as Paddy Madden blasted an effort over the crossbar late on for Scunthorpe.

The hosts grabbed the only goal of the game deep in injury time, as a whipped cross from the right was met by Neal Bishop, who was able to glance a header into the far-corner of the net, out of reach of the diving Adam Smith. 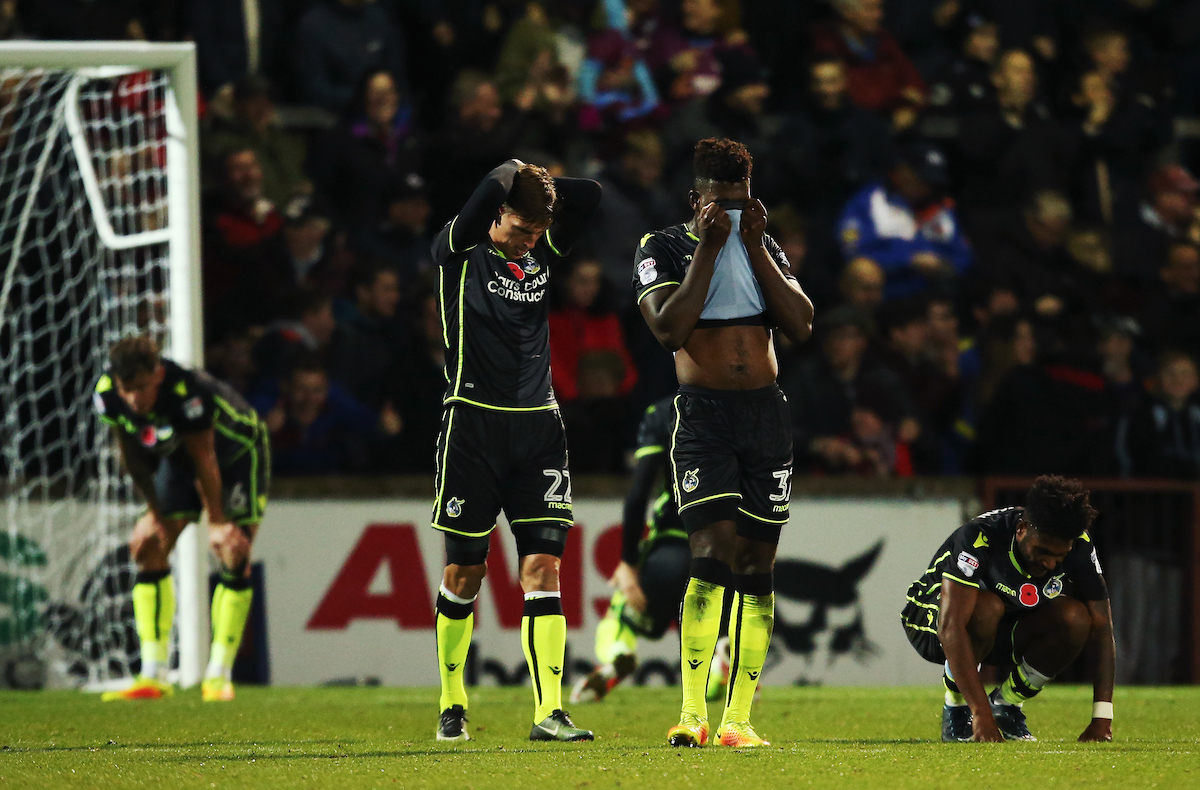