We are delighted to announce that Darrell Clarke has accepted a new five year contract to remain as manager of Bristol Rovers Football Club.

Discussions between Darrell, his agent, and the club’s owner and directors have been ongoing since the end of last season and were concluded this week, with all parties looking forward to building on what has been achieved in the last three years.

Club President Wael Al Qadi said; “I am so pleased that Darrell has decided to extend his stay with us. We were very keen for him to remain in charge and to build on the success he has brought to the club in a very short time.

“It was important, we felt, to ensure we had the man we wanted at the helm. With Darrell as manager, we feel that the club is in a stable position and we are confident that he will continue to move us forward.

“These are exciting times for Bristol Rovers Football Club and we look forward to Darrell guiding us to greater success.”

Darrell said; “I am delighted to have committed my long-term future to Bristol Rovers. I am very proud and honoured to be the manager at this football club.

“I would like to thank the club’s owners and directors for giving me the opportunity to continue, long term, to take the club forward and I would also like to thank our amazing fans whose support to me, personally, is second to none.

“I am looking forward to getting pre-season underway and building towards our new campaign.” 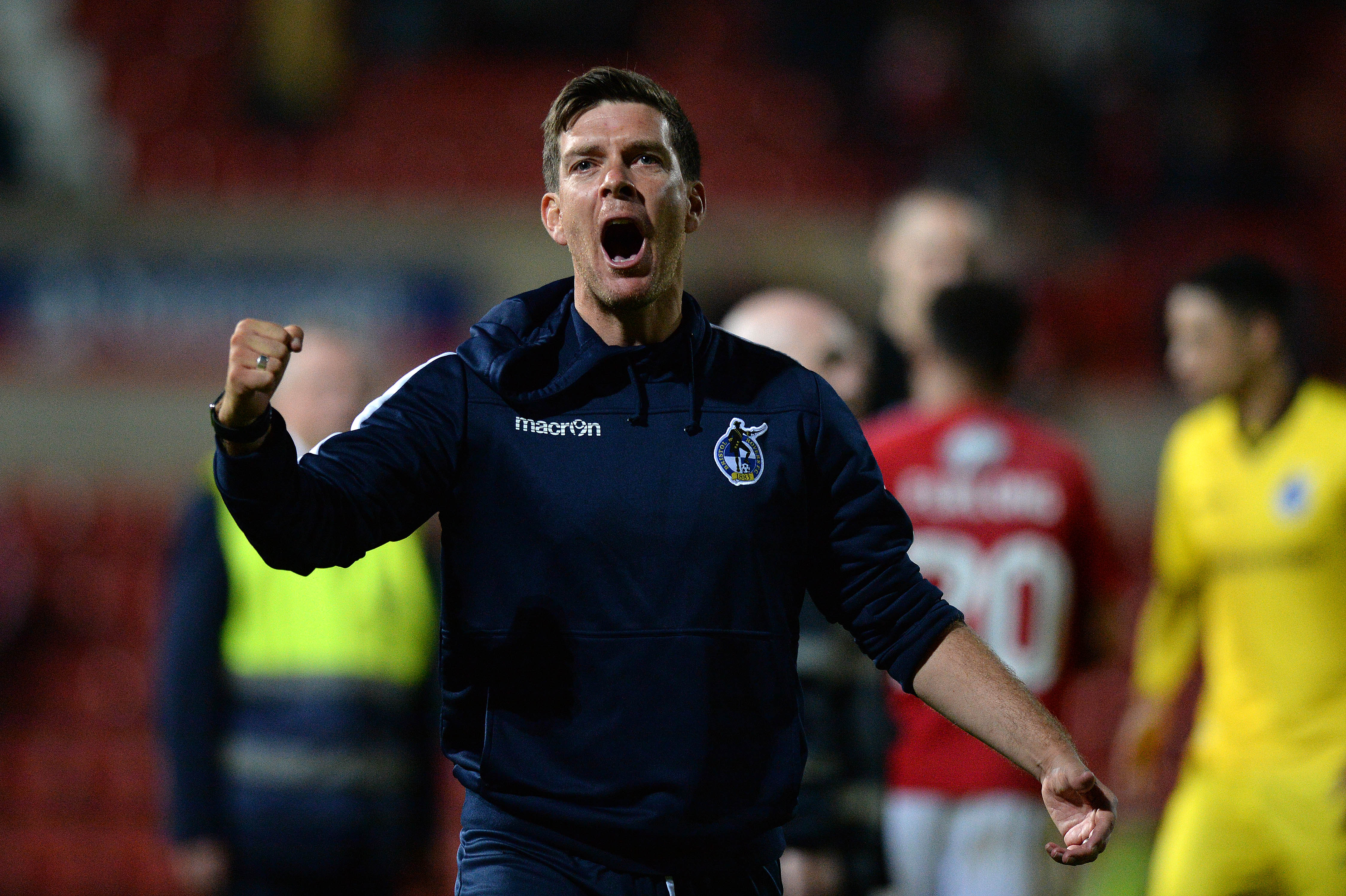 Chairman Steve Hamer added; “It’s great that Darrell has committed his long-term future to the club and I, like everyone else associated with Bristol Rovers, am very pleased that he now has the opportunity to build on the good work he has started here.

“It’s excellent news for the club and its supporters and I am already looking forward to the new season.”

Darrell first joined Rovers in time for the start of pre-season training in the summer of 2013, having left his position as manager of Salisbury City whom he joined as a player in 2007, becoming a player-manager in 2010.

During his time in charge, Salisbury won promotion from the Southern League Premier Division, via the play-offs, reached the third round of the FA Cup, for the first time in the club’s history and was promoted to The Conference.

He was appointed as Rovers manager in March 2014 and oversaw a victory in his first game in charge as Rovers beat Morecambe 1-0 at the Memorial Stadium. 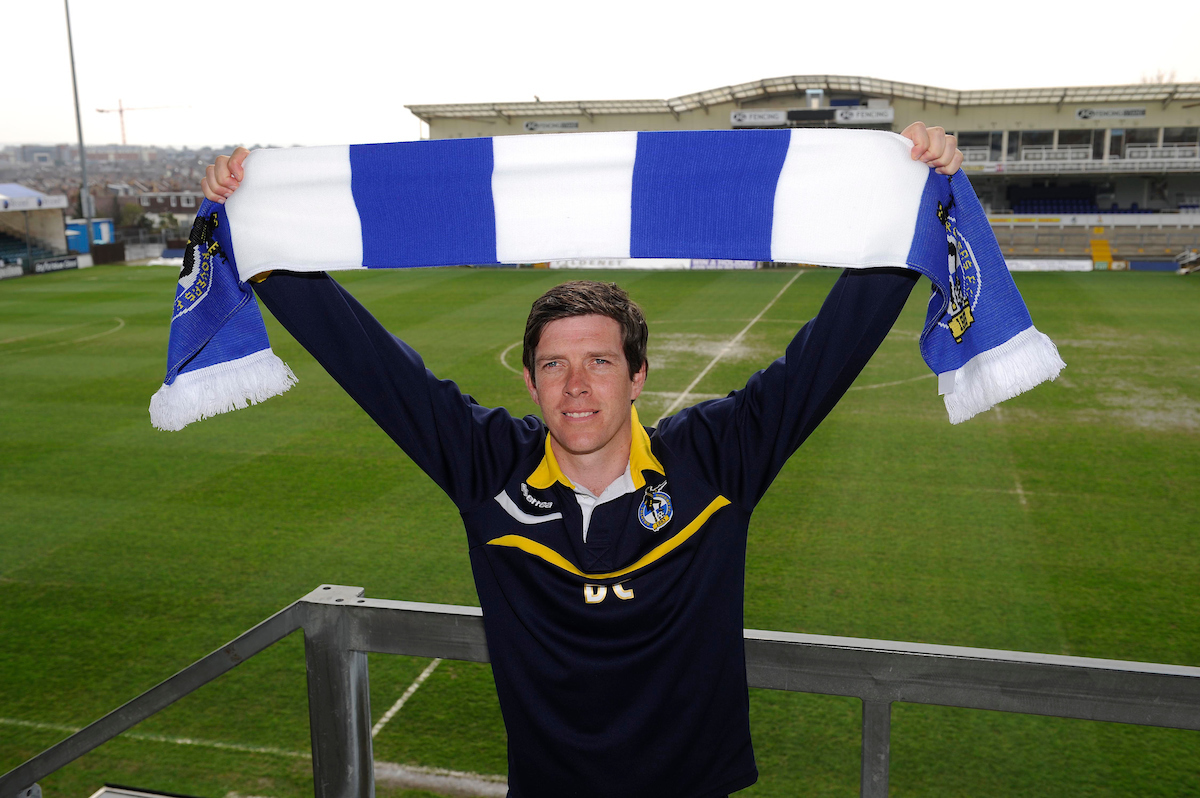 He was in charge for the final eight games of the 2013/14 campaign but was unable to prevent the club dropping into non-league football after an unbroken stint of 94 years as a Football League Club.

Over the course of the summer of 2014, he set about assembling a squad capable of challenging for a return to the Football League at the first attempt.

Ultimately, he was successful, and even though his side finished a point behind Vanarama Conference Champions Barnet they triumphed in the play-offs, beating Forest Green Rovers in the two-legged semi-final and overcoming Grimsby Town, after a penalty shootout, in a tense Promotion Final at Wembley. 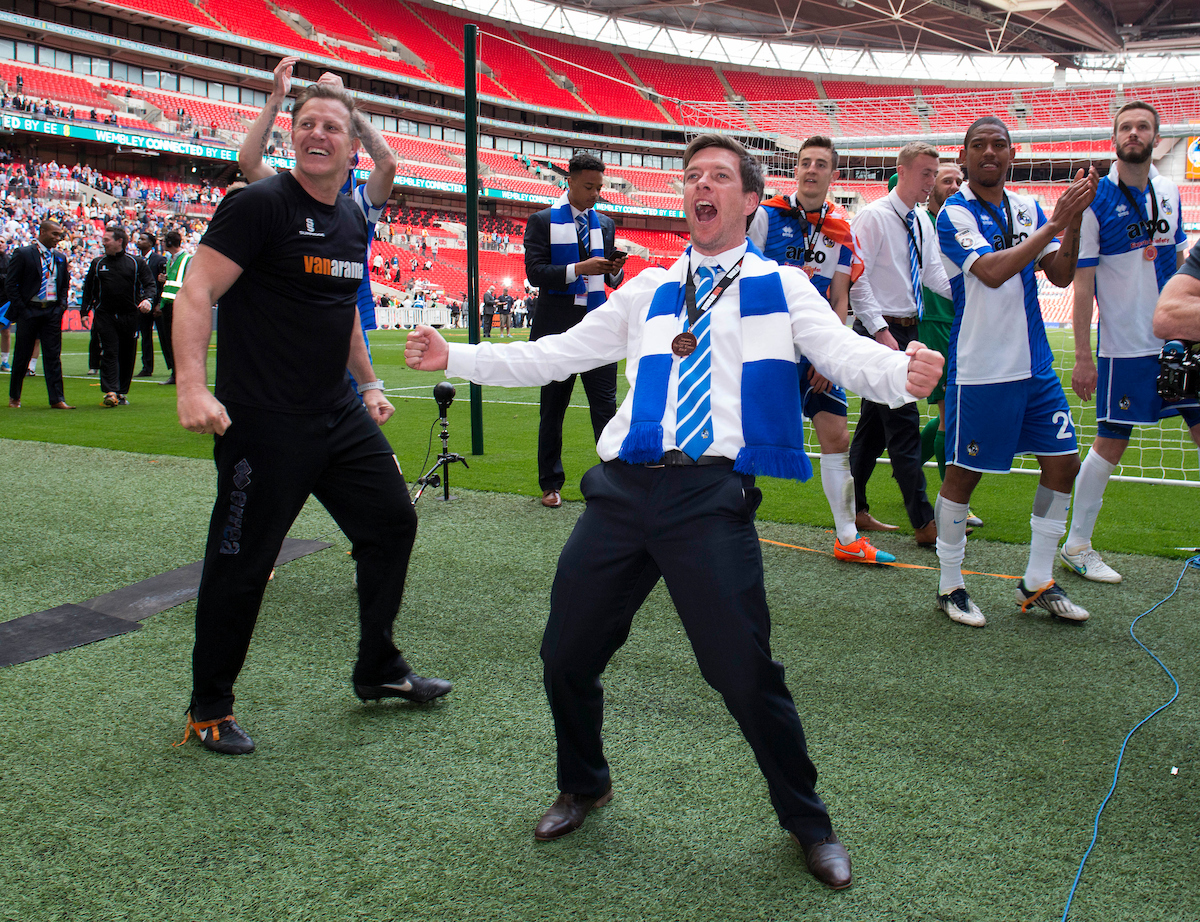 He built on that success the following season, by guiding the club to a second successive promotion thanks to a last day victory against Dagenham & Redbridge in front of a crowd of over 11,000 at The Memorial Stadium.

In guiding the team to League One he became the first Bristol Rovers manager to achieve back to back promotions.