The festive period is a notoriously busy time for football clubs and resources are often stretched as teams play a number of fixtures in a short space of time.

The new season is no exception, with four games in nine days, two home and two away.

We face Doncaster Rovers on 23rd December at The Mem and then travel to play Walsall on Boxing Day, 26th December, and Oldham on Saturday 30th December.

We then kick off 2018 with a home game against Portsmouth on New Year’s Day.

The club played four games in seven days back then, drawing with Barnsley on 21st December and losing 6-1 to West Ham on 28th December. Not much seems to have changed, in terms of playing many games in a short period, in the intervening 60 years!

Doncaster Rovers are one of seven new sides in League One next season, having secured an automatic promotion place by finishing third in League Two last season.

The last time we faced Doncaster was back in 2008 when they recorded a 1-0 win at The Mem and there will be more about them when we analyse the new teams we will be facing in an article that will appear online later today. 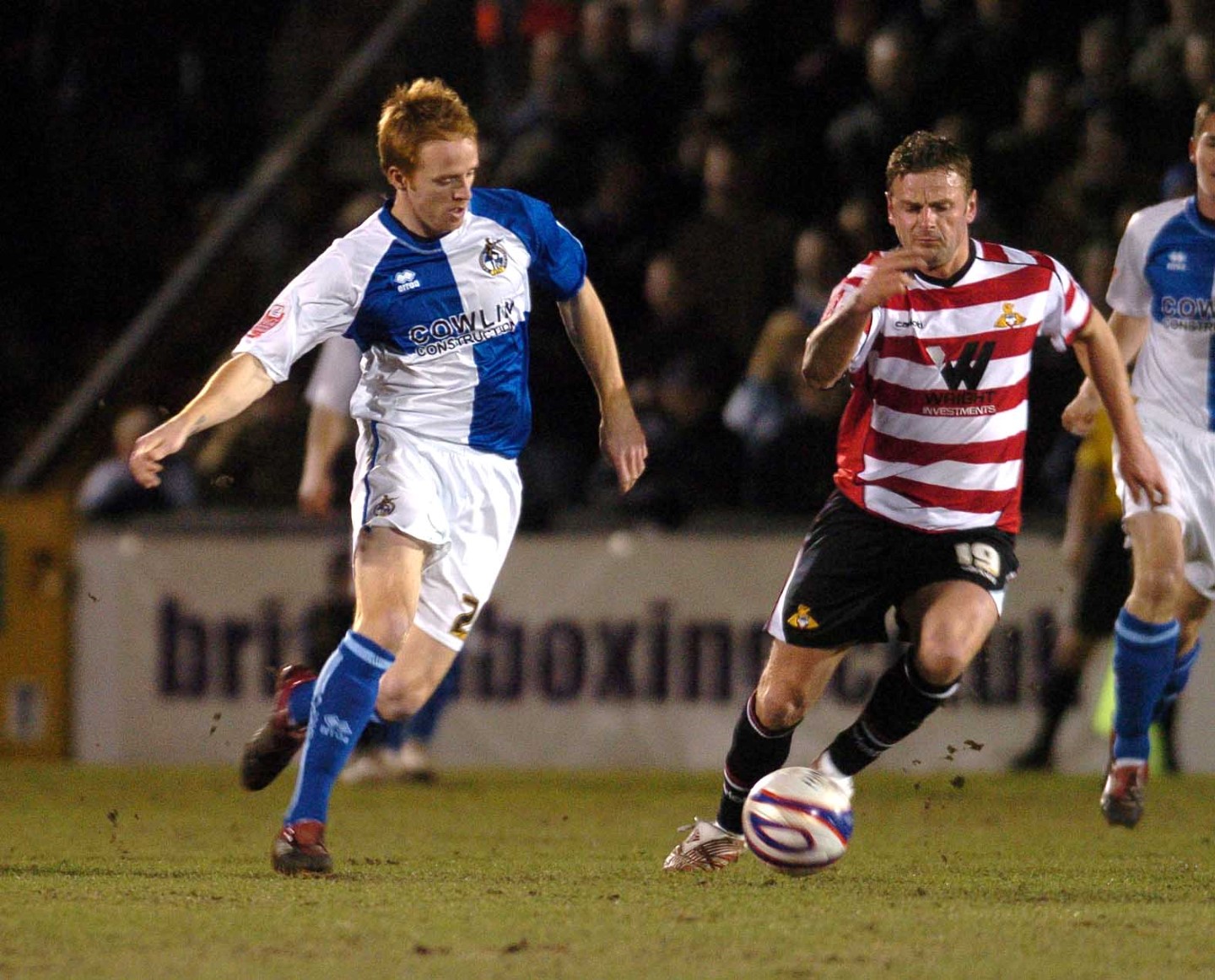 Boxing Day sees us make the relatively short trip to the Bescott Stadium (or Banks’s as it’s now known) to take on Walsall.

That game will be the 92nd league meeting between the two sides as the 91st will have taken place at The Mem Saturday 9th September. As things stand, Rovers have won 36 of the 90 games played to date, with The Saddlers having won 33.

As things stand, Rovers have won 36 of the 90 games played to date, with The Saddlers having won 33.

The last time we won a match at Walsall was in the 2008/09 season when, on 14th March 2009, Darryl Duffy and Aaron Lescott both scored twice with Craig Disley also on target. 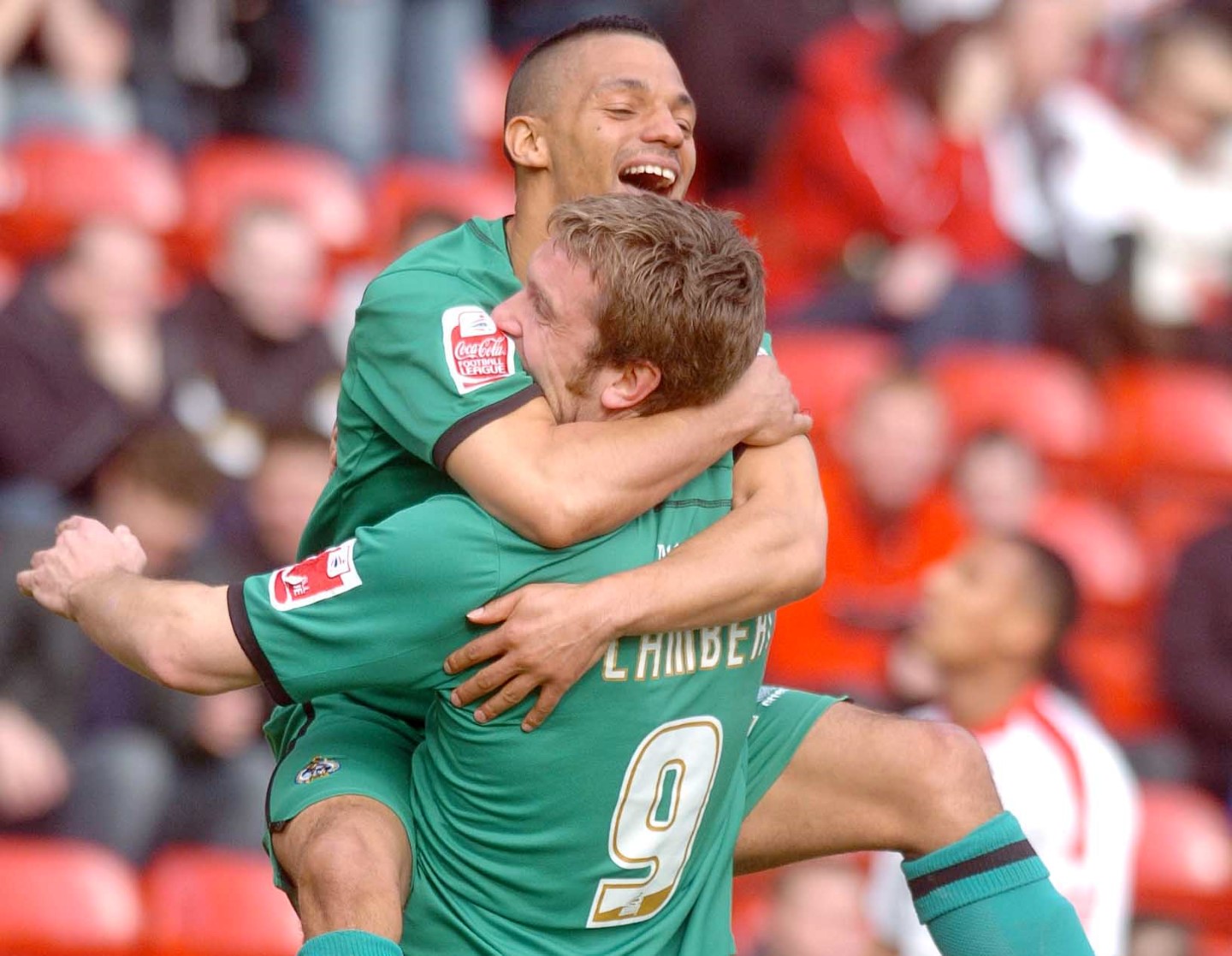 Last season the sides played out a 1-1 draw at The Mem but Walsall won the return fixture 3-1 on 21st January, a game in which goalkeeper Joe Lumley made his Rovers debut.

That game was watched by a crowd of 6,029, thanks to 1,991 Gasheads making the trip. Given that this season’s game is on a Bank Holiday it would be nice to think that Walsall will have what is close to a capacity crowd for this one.

The Banks’s Stadium has a capacity of 11,300 – how many Gasheads will travel this time around?

Charlie Colkett and Jake Clarke-Salter (now a World Cup winner, of course) were on target for Rovers in their 2-0 win against Oldham at Boundary Park last season. 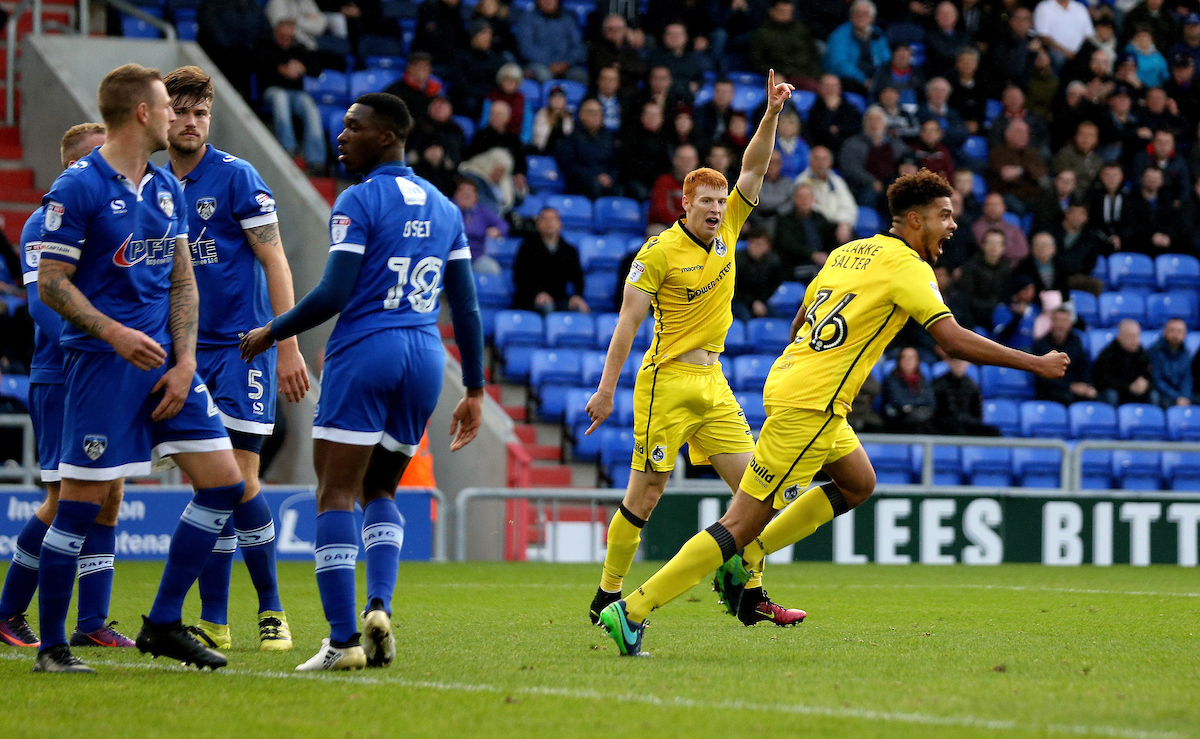 It’s disappointing that we have to travel so far for our last game of 2017, but we were well supported last October when 859 Rovers fans made the trip.

We beat Oldham in our penultimate home game last season, Ellis Harrison’s goal giving us all three points, in front of a crowd of 9,083.

Of the 54 league meetings between the sides to date, Rovers have won 24 and Oldham 18. The match on 30th December will be game number 56 as Oldham will already have played game number 55 at The Mem, on Tuesday 12th September.

New Year’s Day sees us take on last season’s League Two Champions Portsmouth, and what a great fixture to kick off 2018. 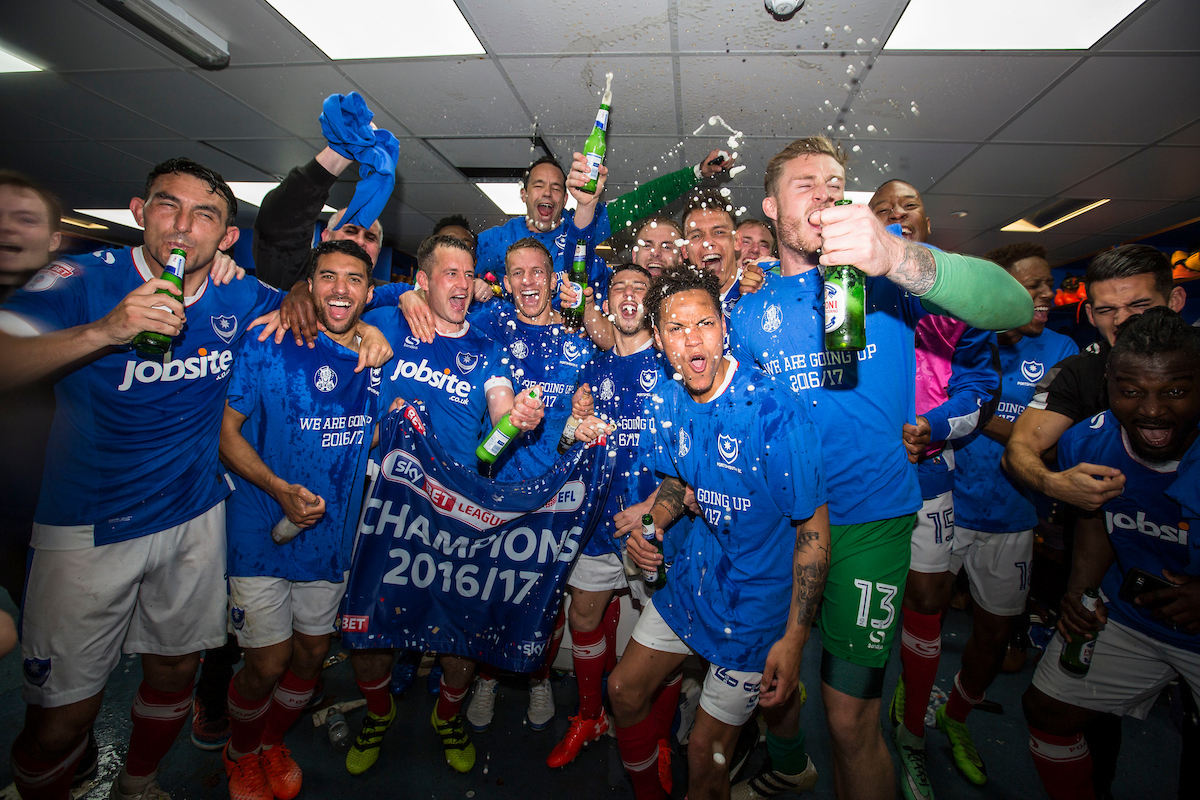 Under Paul Cook Pompey pipped Plymouth Argyle to the title last season, but he has now left to take over at Wigan, so it will be interesting to see how they play under new manager Kenny Jackett.

We did play them last season, in the Checkatrade Trophy, and our record against another of League One’s new sides isn’t great, as we will discover in our article on the new sides we face next season.

Suffice to say that should we beat Pompey at Fratton Park on Tuesday 26th September, it will be the first time we have beaten them on their own patch since October 1975.

Definitely a game to look forward to, and one that is sure to attract a large crowd to The Mem.