Second half goals from Ellis Harrison and Liam Sercombe allow Rovers to come from behind to defeat Rotherham United.

In a tight and tense opening forty-five minutes, it was Rovers who edged the best of the handful of chances on goal. Daniel Leadbitter produced two high-quality crosses into the area that caused the visitors problems, as both Billy Bodin and Liam Sercombe headed narrowly wide with close-range headers.

It was Rotherham who took the lead heading into the hour mark, as Ryan Williams fired the Millers in front, with a goal from Ellis Harrison just eight minutes later pulling Rovers level.

Harrison had a part to play in the winning goal nine minutes later, as an intelligent flick from the forward played in Liam Sercombe, who kept his nerve to finish calmly into the net to provide Rovers with all three points. 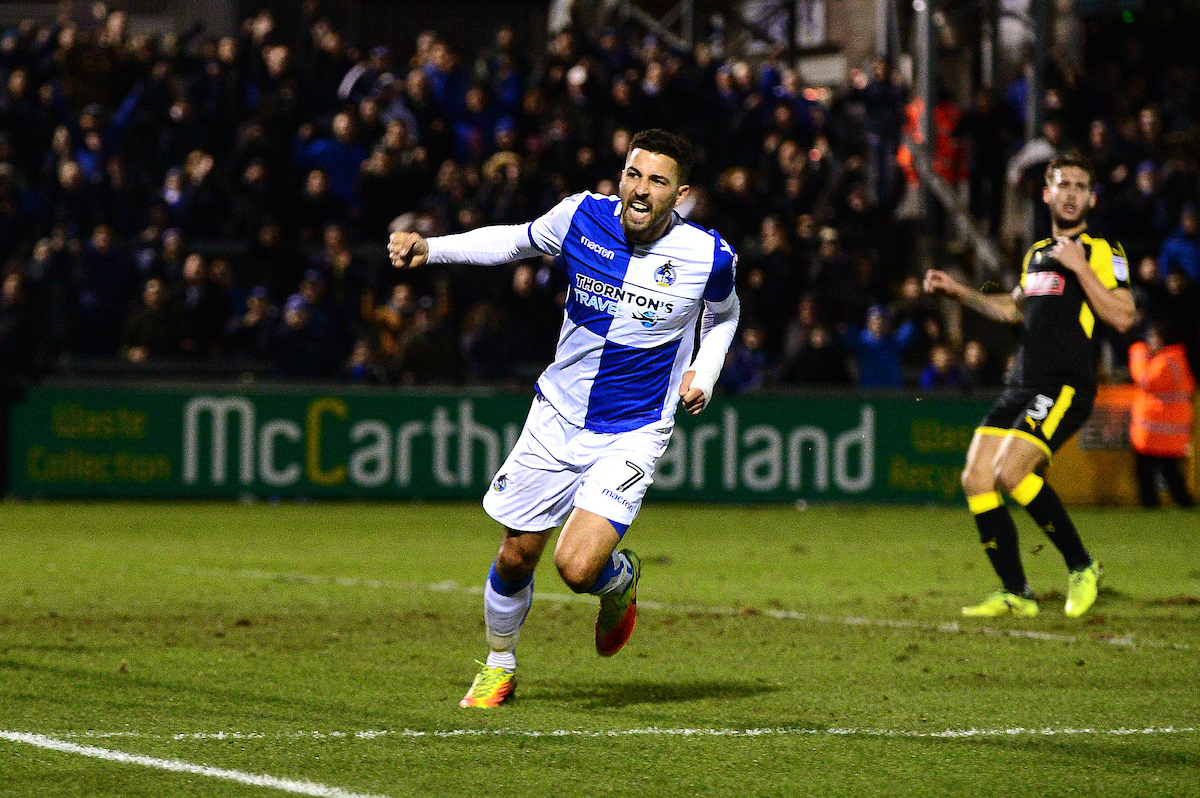 Heading into the game, Rovers boss Darrell Clarke named an unchanged side to the team that faced Blackburn Rovers last weekend. Ryan Sweeney recovered from an injury sustained during the first-half at Ewood Park and was able to pair in defence with captain Tom Lockyer.

The game at the Mem was the Club's dedicated fixture to support Stonewall's Rainbow Laces campaign, with players from both sets of teams wearing the rainbow laces for the occasion. 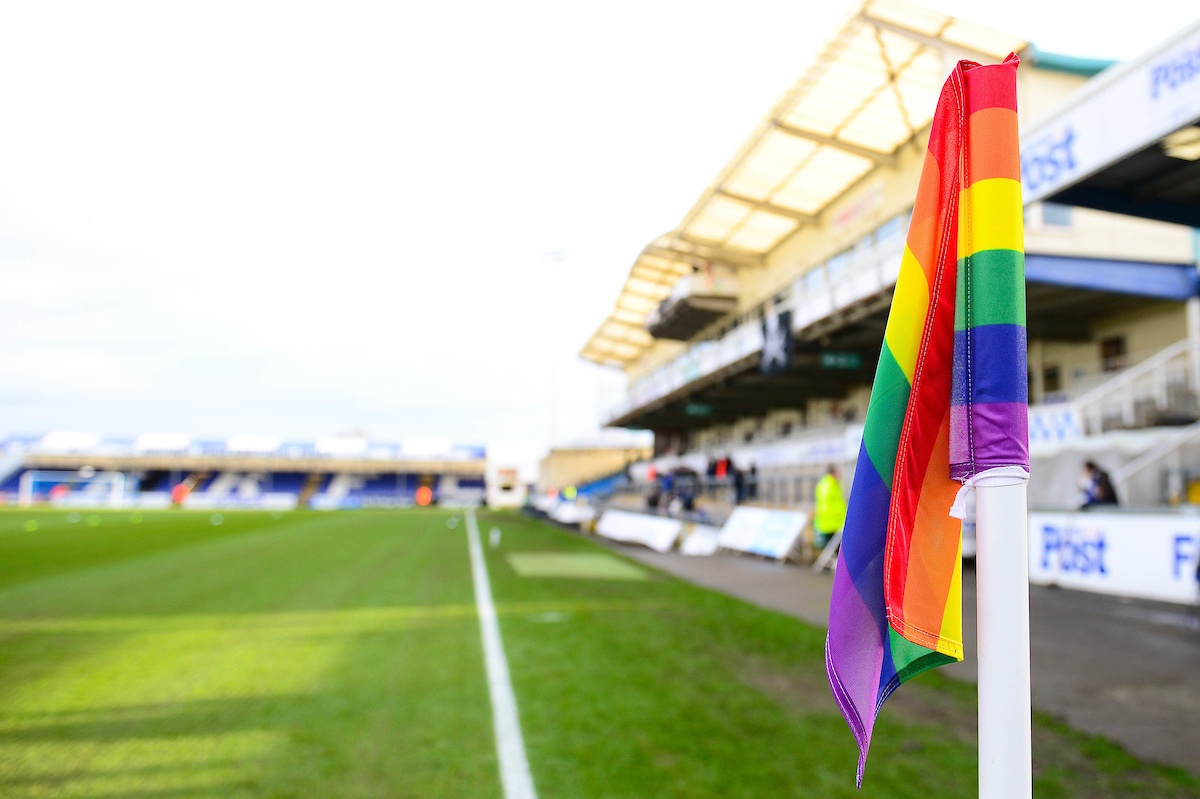 In the opening spells of the game, both sides had to be patient in waiting for chances on goal to present themselves. It took fifteen minutes for either side to muster an opportunity on goal and it was the home side that created the games opening chance. Following a series of passes through the midfield, Liam Sercombe picked out the run of Daniel Leadbitter down the right wing. The defender met the ball with pace and delivered an inviting cross into a threating area that found Billy Bodin free inside the box, as the forward attacked the ball and directed his close-range header fractionally over the crossbar.

Chances were few and far between during the first-half, with no shots on target recorded. The closest the visitors came to testing Adam Smith was from range, as substitute Will Vaulks flashed a first-time effort wide of the target from twenty-yards out.

It was another delivery of quality from Leadbitter which created a chance for Rovers inside the final ten minutes of the first-half, as an identical cross into the area from the full-back fell this time to Liam Sercombe, who could only direct his low header wide of the goal.

After the break, Rovers created a chance to force Marek Rodak into making a save, as a long-range effort from Tom Lockyer bounced across the surface and required the Rotherham 'keeper into making a save down low to deny the defender.

As the contest approached the hour mark, it was the visitors who took the lead with their first opportunity on goal. After Rovers had committed men forward for a corner, Rotherham managed to clear the ball quickly up the pitch, as Kieffer Moore glanced the ball into the direction of Ryan Williams. With work to do, it looked like Williams had perhaps missed the opportunity to shoot towards goal, but from the fringes of the area, the midfielder struck a low finish that nestled the ball into the bottom corner.

Rotherham's lead was short-lived, however, as Rovers restored balance to the scoreline just eight minutes later, as a ball into the box took a series of deflections and touches. Ellis Harrison was quickest to react inside the area to the loose ball and provided a neat finish to lift the ball over the advancing Marek Rodak to level the scores. 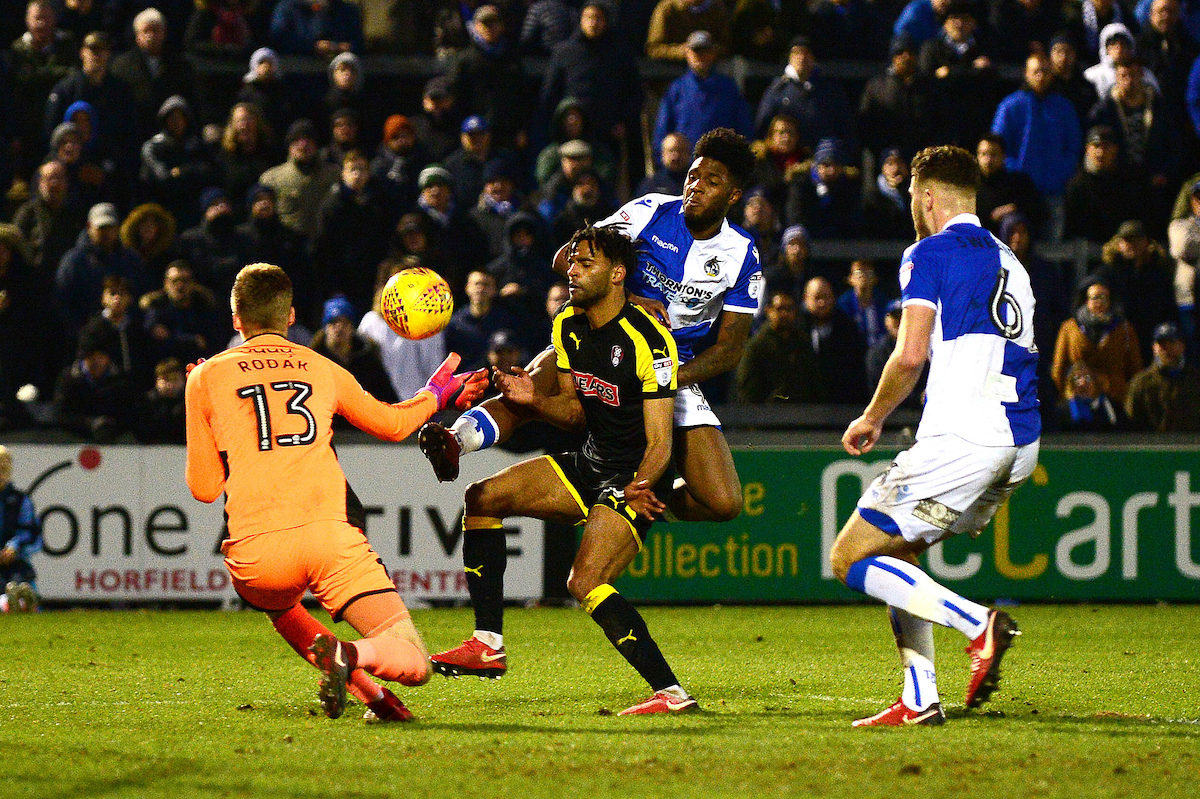 The goal lifted both the crowd and players, with Rovers able to find a winning goal just nine minutes later. Goalscorer Harrison had a part to play in the build-up to the goal, as the striker produced an intelligent flick with his back to goal that played in Liam Sercombe on goal. With just the 'keeper to beat the midfielder kept his nerve to apply a side-footed finish into the net.

In the closing stages, Rotherham were reduced to ten men as Kieffer Moore was shown a straight red card for an incident off the ball with Lee Brown, as Rovers held out to record the three points in front of the lively Memorial Stadium faithful.

Rovers face Southend United at the Mem next Saturday in SkyBet League One. 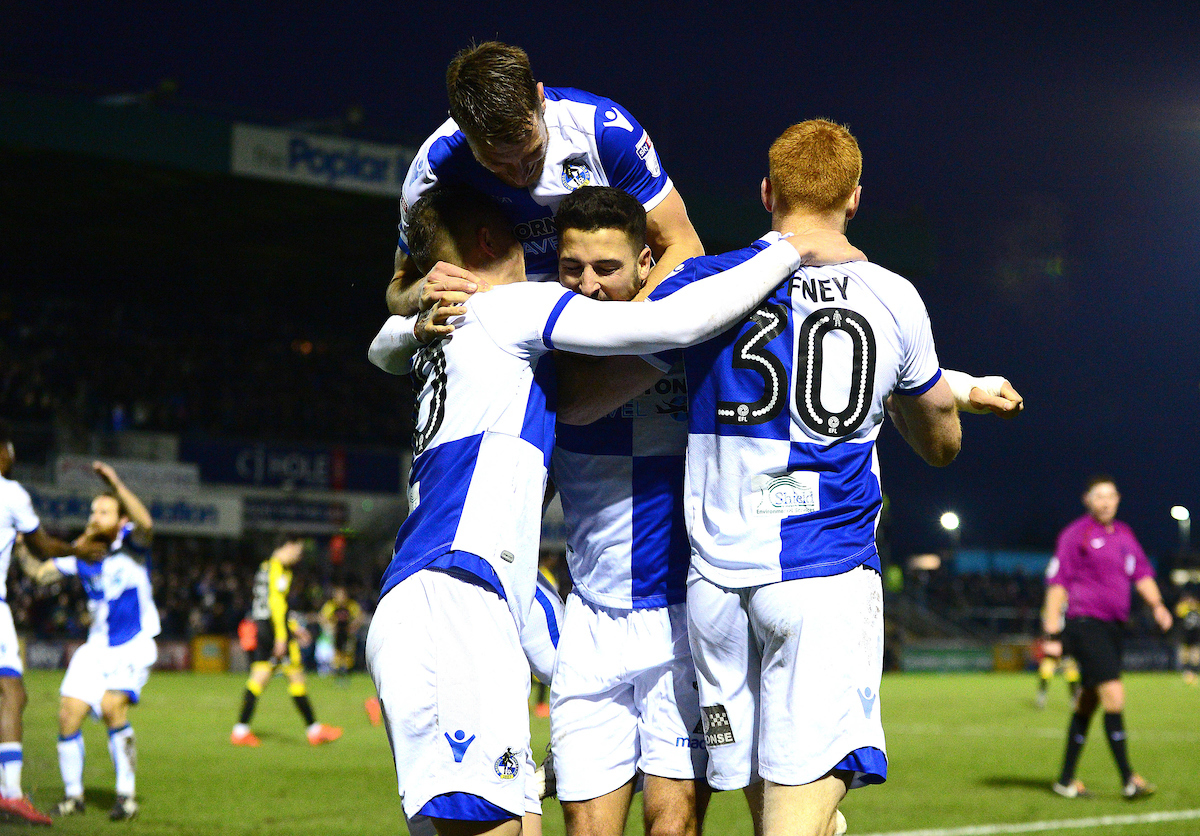