Rovers picked up their second point on the road in four days at Oldham.

In a first-half of few opportunities, Ellis Harrison's effort from inside the Oldham area early on didn't test Johny Placide, who was able to save the striker's attempt comfortably inside the opening five minutes.

Adam Smith was called into action just before the break, as Tope Obadeyi fired a fiercely struck attempt towards the target that was pushed away by the Rovers 'keeper, who had to be alert to deny Obadeyi as the sides headed into the break level.

Billy Bodin edged Rovers ahead early on in the second-half, with the forward producing a fine finish to break the deadlock, but Oldham responded when substitute Craig Davies slotted home from a rebound after the striker saw his original penalty saved from Adam Smith, as the sides picked up a point each. 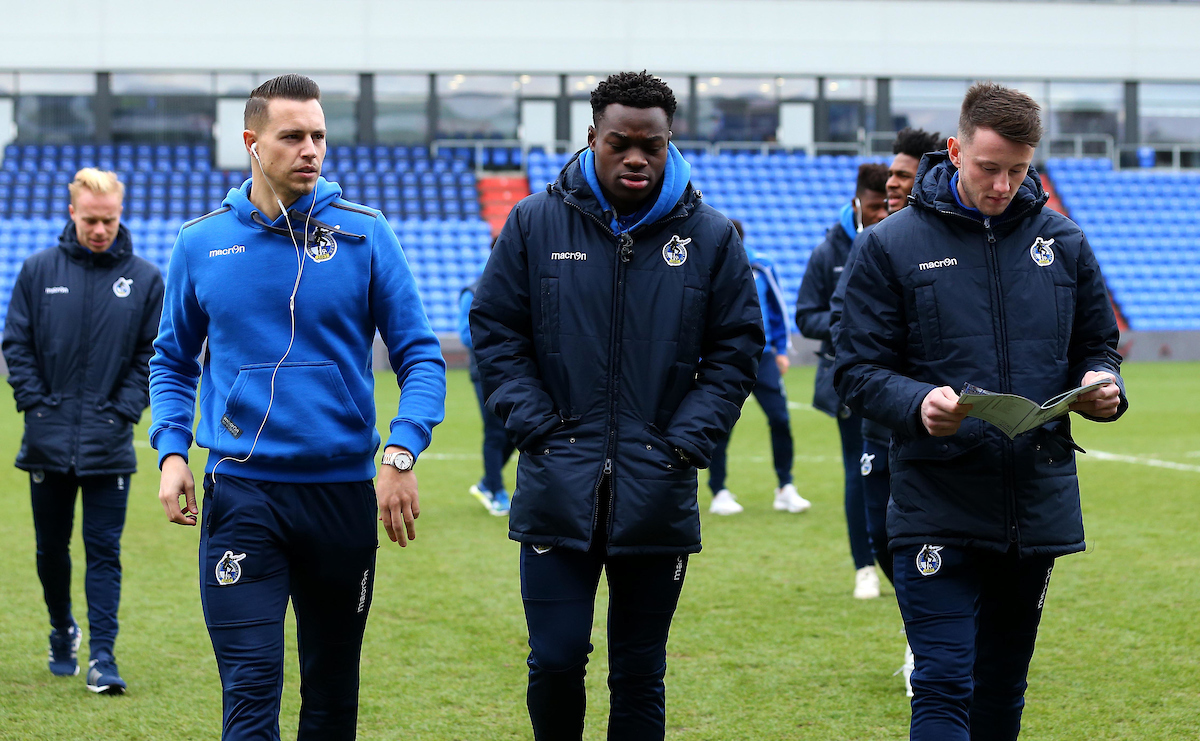 Heading into the encounter, Rovers boss Darrell Clarke included four changes to the side that drew on Boxing Day at Walsall.

Two of those changes came in defence, as Marc Bola and Ryan Sweeney returned to the starting elven at the expense of Tom Broadbent and Daniel Leadbitter. The two further changes came in the shape of Stuart Sinclair and Joe Partington, as the duo replaced Chris Lines and Tom Nichols.

Rovers registered the first shot on target in the opening minutes. A high pressing approach paid off for the visitors, as Ollie Clarke snatched possession from the Oldham defence in the final third and found Ellis Harrison. The forward advanced into the box and was given a clear sight of goal, but his right-footed effort didn't test Oldham 'keeper Johny Placide, who made a comfortable save on the ground.

The hosts enjoyed a series of half-chances in the opening exchanges. Gevaro Nepomuceno nearly got lucky with a cross from the edge of the area that almost nestled inside the top corner, as Queensy Menig dragged an effort wide after the winger was found inside the box by Amadi-Holloway.

As the half progressed, chances on goal became hard to find. Dan Gardner caused a moment of worry for Rovers, as the defender's well-struck effort from range bounced narrowly wide of goal. Late on in the first-half Adam Smith was called upon to deny Tope Obadeyi, as the Rovers 'keeper made a comfortable save close to his body to keep the scores level heading into the break.

The second half was just three minutes old when Billy Bodin opened the scoring with his ninth league goal of the season. Bodin reacted the quickest inside the box to latch onto a bouncing ball, with the forward lifting a finish over the advancing Johny Placide to put Rovers ahead in the encounter. 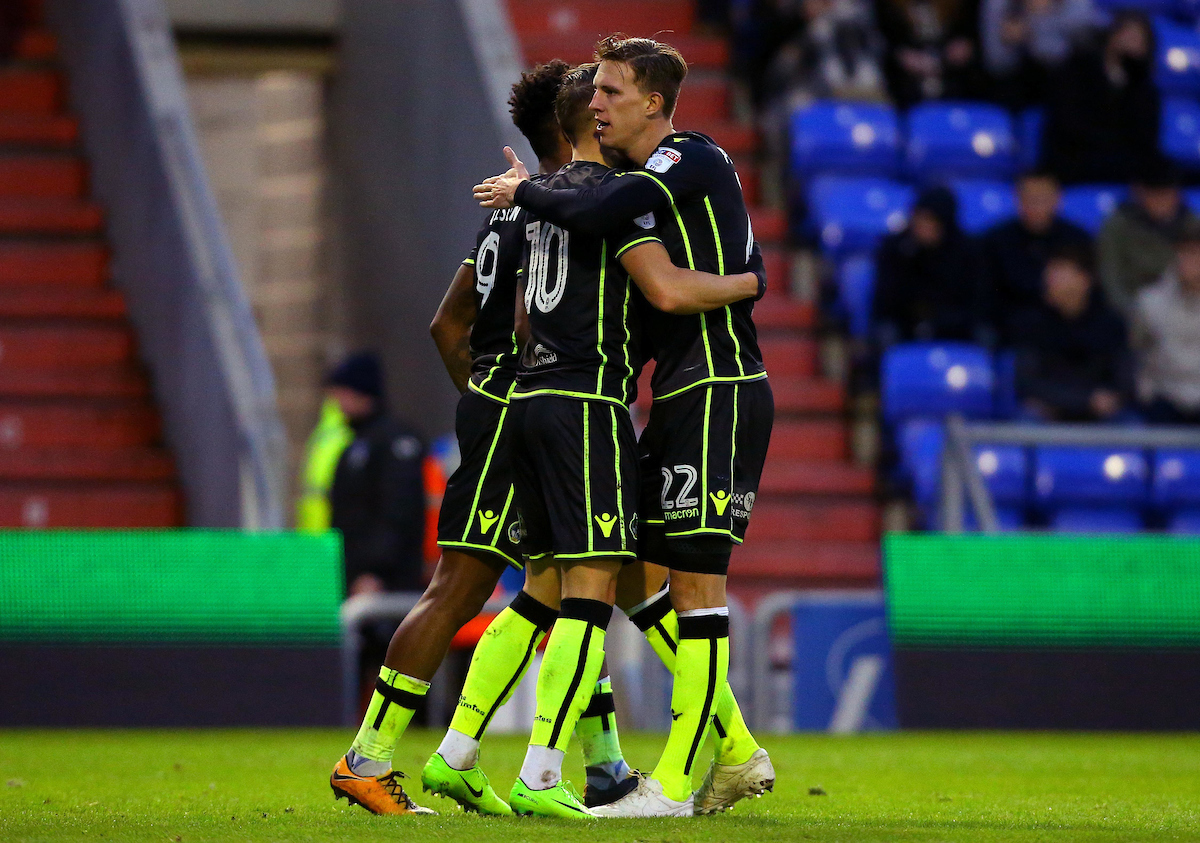 After finding themselves ahead, Rovers carved out an opportunity to extend their slim lead just ten minutes after Bodin's goal. Lee Brown flighted a well-weighted ball to the far-post, with Ryan Sweeney rising the highest to meet the cross, with defender sending his powerful header narrowly wide of the post.

Oldham pulled the contest back level from the penalty spot with just under twenty minutes remaining. Marc Bola was deemed to have committed the foul on substitute Ryan Flynn that was just marginally inside the box. Craig Davies was tasked with taking the spot-kick, with his original attempt saved by Adam Smith, only for the rebound to fall at the feet on the striker who made no mistake at his second attempt.

The hosts were spurred on by their equalising goal and Rovers relied on Adam Smith in the closing stages, as the goalkeeper made a fine reaction save to deny Amadi-Holloway inside the final ten minutes and both sides settled to end the year with a point.

Rovers host Portsmouth at the Mem on Monday. 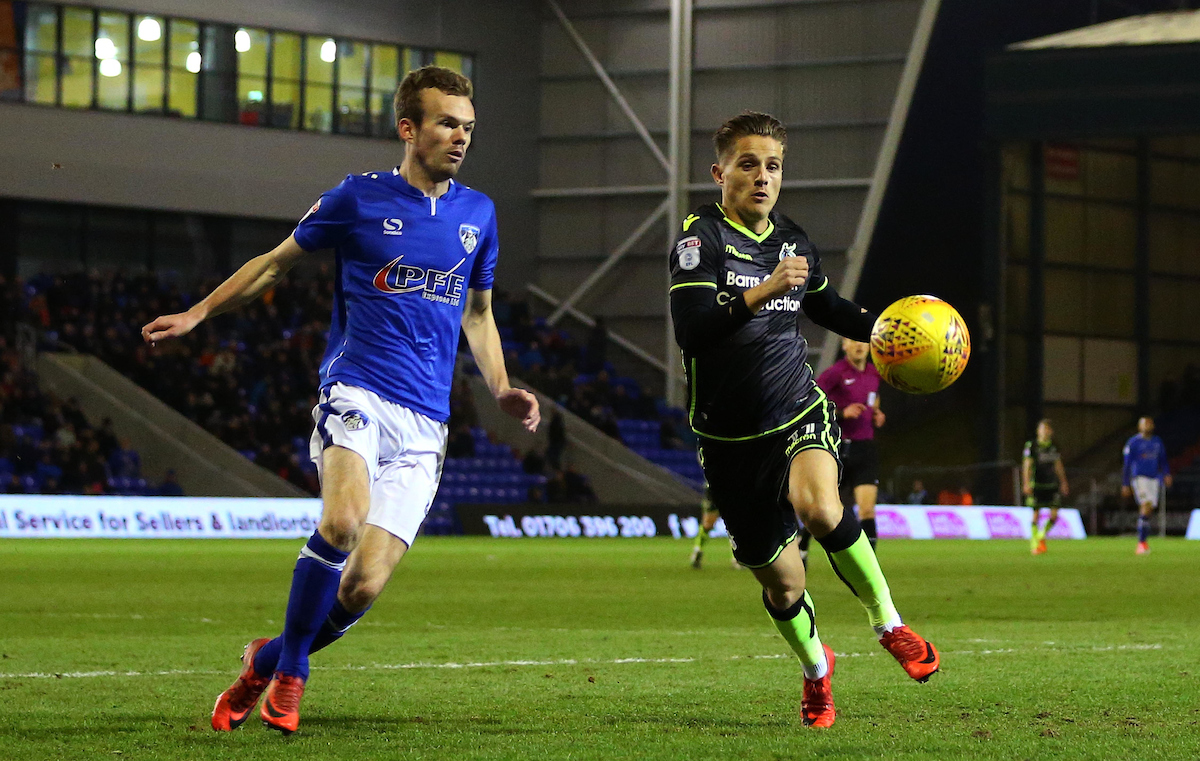