Rovers Academy scored in the last minute to claim a dramatic 3-2 victory over Cheltenham at GFA on Thursday afternoon.

The hosts took an early lead through Hulbert 25 minutes and looked set to see it out before Cheltenham pulled level 20 minutes from time.

The game was then turned on it's head when Town took the lead shortly after, before substitute Isiah Crawford came off the bench to pull level inside the last five minutes.

James Spruce and the visiting goalkeeper were shown red cards immediately after the goal for a coming together in the net, but there was more drama when Crawford was on hand to poke home the winner in stoppage time from a corner. 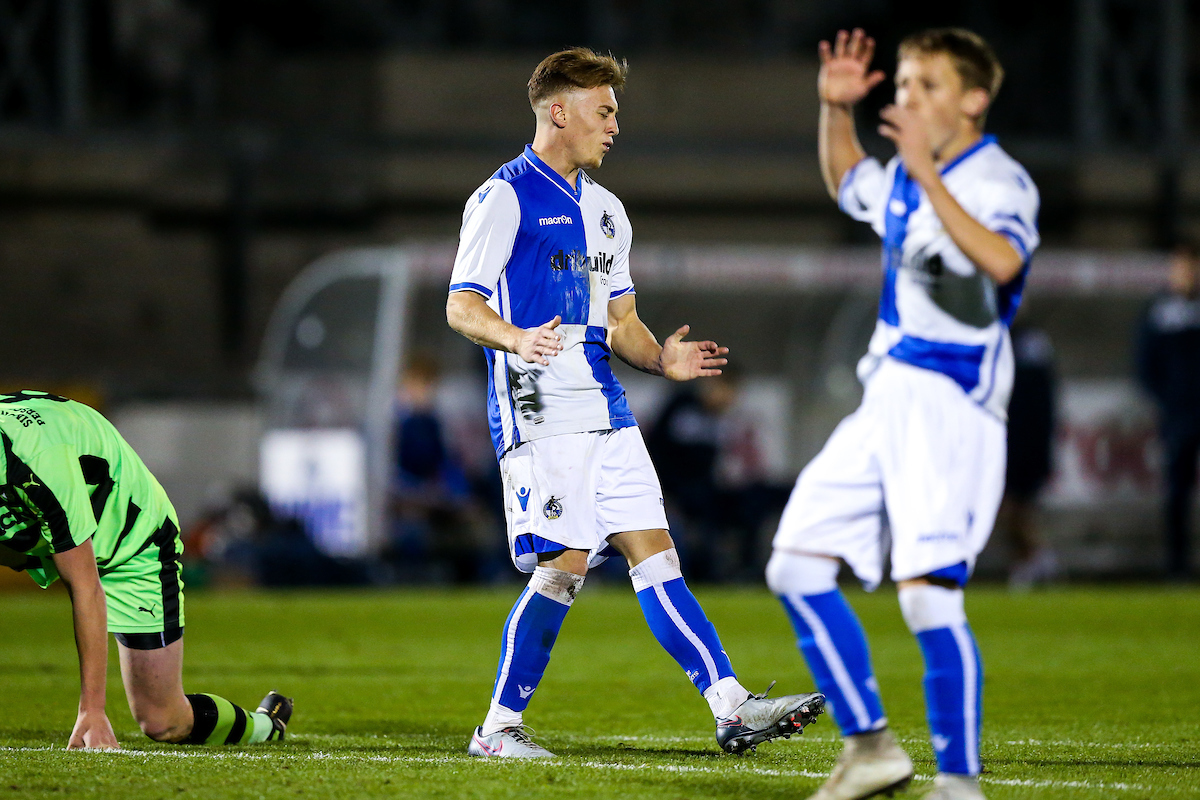 Liam Armstrong was called into some early action just six minutes in, getting down well to his right to tip a corner-bound effort round the post.

Luca Hoole was getting some freedom down the right flank, and on one occasion did well to cut inside his man and square it to Lucas Tomlinson inside the area who was unfortunately snuffed out before he could get a shot away.

25 minutes in and Rovers took the lead, with Scott Isherwood hitting a long ball from in his own half over the Cheltenham defence, that Ollie Hulbert ran onto and flicked beyond the onrushing goalkeeper into the bottom corner.

The first half had been fairly even, and the young Rovers were having to remain diligent in defence, as a ball flashed across their six-yard box and could've easily gone in through an unfortunate ricochet or well timed Cheltenham run.

As the interval neared, the hosts went close to doubling their advantage, with Hoole once again gaining yards down the right, this time trying to pick out James Spruce at the front post, but the striker's effort was blocked.

Hoole continued to be involved after the break, this time getting on the end of a cross instead of providing one, as the winger arrived at the back post to meet Tomlinson's delivery however his half-volley was straight at the keeper.

Rovers continued to look for a second, with Spruce going close on 58 minutes after excellent ball control in the area followed by a smart turn and strike that was well saved by the opposing stopper.

Tom Parrinello made his first change of the game with 25 minutes remaining, bringing on Josh Brace in place of Hoole.

However, Cheltenham pulled themselves back into the game shortly after the substitution, working a decent move down the right and finding a man in the centre who finished passed Armstrong.

Minutes after the visitor's equaliser, there was another change, as Matt Swan replaced Mason Raymond.

Cheltenham seemed buoyed by their equaliser, and if it wasn't for two fantastic Armstrong saves they may have taken the lead.

The young keeper first did well to parry a well struck effort round the post, before a superb reaction save from a close range head from the resulting corner.

Up the other end, Spruce went on a driven run through the defence, and tried to stab the ball beyond the keeper, only to see it nick off his boot and roll just wide.

The game was becoming end to end in the final 10 minutes with either team looking likely to score, and sadly Cheltenham did just that, firing past Armstrong from outside the area in the 82nd minute.

Rovers didn't take long to reply however, with 80th minute substitute Isiah Crawford following up a rebounded effort to tap home into an empty net from close in.

There was then some drama following the goal, with Spruce and the Town keeper being sent off for an altercation in the goalmouth.

Just when the game looked the be finishing level, super-sub Crawford was the man in the right place again as he stabbed home a corner from close range in stoppage time to claim a dramatic win for his side.