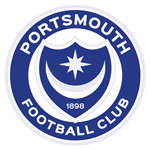 Rovers were denied a second-half comeback by a late Pompey goal.

The visitors largely dominated the first half, with Rovers struggling to make spells of possession count through a lack of end product.

A corner just past the 15-minute mark spelled trouble for Rovers as an accurate deliver came in from the right side. Despite traveling at head-height, it made its way through to the far post where Downing was on hand to raise an outstretched boot and poke home the first goal of the game.

Pompey continued their first-half dominance, making it two before the break. The away side ran at Rovers well before switching the ball out to the right. As a Pompey player darted towards the byline he released a shot which deflected off a Rovers defender and into the path of Maloney. With the goal gaping, Maloney calmly stroked home to make it 2-0.

Rovers emerged from half-time with renewed vigor as they began to dictate play more and progress forward through some incisive play. However, despite their positive signs in the second half, it was a Pompey mistake that lead to the Gas' first goal of the game as a stray ball allowed Deon Moore to pounce and make his way towards goal. In a 1v1 with the 'keeper, Moore dithered and looked to be losing his chance, but sidestepped the 'keeper and a recovering defender well and slotted home.

Not long after, a moment of class courtesy of Kyle Bennett leveled the scores. With Cameron Hargreaves bundled over on the edge of the box, Bennett stepped up to the task of bending a free-kick towards goal. Challenged with getting his strike up and over a tall Pompey wall, the midfielder perfectly stroked his effort into the top left to equalize.

The game looked to be set to repeat the scoreline of Saturday when the two first-teams met at the Memorial Stadium but a late Pompey goal spoiled those plans, as they capitalised on another corner. The ball was delivered in from the right once again, this time finding the head of Casey, the tallest man on the pitch, who glanced his header towards the far post, striking the white beam and bobbling in.

The Development Squad play their next game in the Central League, when they face Plymouth Argyle.