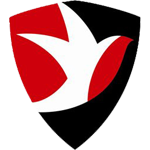 Dom Telford netted a brace as Rovers' Devlopment Squad claimed a 2-1 victory away to Cheltenham Town Reserves in the Central League.

Telford gave Rovers the lead just after the 20 minute mark, finishing from close range only for the scores to be levelled with an admittedly superb free kick from Jake Andrews.

A few minutes later and Cheltenham were reduced to 10 men, with Sanmi Odelusi being deemed to have gone in dangerously on Luke Russe and was consequently given his marching orders.

Rovers were keen to use their man advantage but for the most part Cheltenham held firm, until Telford popped up again to claim all three points for his side.

The hosts started brightly and immediately looked to put Rovers under pressure, with James Clarke called into action to stifle a break down his right flank.

Moments later Slocombe was also required to be alert, producing a fine stop from a long-range strike hit by Jerell Sellars.

Dom Telford, who was the star man last time he played for the Development squad, also got a sniff at goal in the early proceedings, getting free down the right and driving into the box before demanding a decent stop from the Town keeper.

Slocombe continued to be tested in the opening 20 minutes, demonstrating good awareness to come off his line and clear a dangerous ball in behind and also tip a powerful Danny Wright strike round the post.

Shortly after and Rovers took the lead, through Telford who was on hand from close range to convert a low cross from the left wing with 22 minutes on the clock.

However Hargreaves' men were pegged back not long after, with Jake Andrews producing what has to be said an outstanding free kick from 25-yards, completely out of reach of Slocombe into the top right corner.

The game had really sprung to life and there was another twist, when Cheltenham were reduced to 10 men, Sanmi Odelusi going in dangerously on Russe prompting the referee to show a straight red.

After the break, Rovers were keen to take quick advantage of their extra man and Tom Nichols came close to putting his side in front, striking Michael Kelly's rebounded cross at goal which was well saved by Town's keeper.

Nichols was involved once more, this time trying to turn provider but threading a through ball for Telford and release his strike partner in on goal, but a recovering defender just managed to pinch the ball from Telford before he could pull the trigger.

Rovers were certainly knocking on the door in search of a second goal, with further chances for Russe and Mensah, with former having a long distance strike saved and the latter going through on goal but firing a lacklustre shot at goal.

With 20 minutes left on the clock, The Gas made their first change, with Clarke coming off with a solid 70 minutes in the tank following his return from injury, being replaced by Lewis Leigh-Gilchrist.

Despite much of the traffic being in Cheltenham's half, there was a scare at the other end as Town had the ball in the net, but it was flagged for offside.

It seemed as though it might turn out to be an afternoon of frustration for Rovers, having to settle for a point against 10 men, that was until Telford scored his and his team's second goal of the game.

Mensah worked the ball down the wing before digging out a low cross, which Telford was alert to and swept home to give Rovers a lead and eventually the win with less than 10 minutes left.