Chris Hargreaves' side face Plymouth Argyle in the penultimate game of the Central League season.

The fixture will take place at the GFA headquarters (Oaklands Park Stadium, Gloucester Rd, Almondsbury, Bristol BS32 4AG), with the encounter kicking off at 2:30pm.

The Development Squad are currently top of the Central League South standings, heading into the final run of fixtures. Click HERE to view the latest Central League standings.

Chris Hargreaves offered his insight ahead of the fixture, which is available for free on iFollow below.

Telford's goals came in either half, with the first team striker first opening the scoring with a low finish from outside the area after a strong run, before sealing the result inside the last 10 minutes with a cute lob.

The result keeps the Development Squad top of the league with one game remaining, however challengers AFC Wimbledon and Plymouth have played one game less, although Tueday's results increased the gap between the latter to put Rovers in a more favourable position.

The opening exchanges within the first 10 minutes weren't much of note, as possession changed hands frequently amidst the gusting winds at the GFA.

This was evident through the fact that the most work Alexis Andre had done at this point, was coming to claim a high Plymouth cross under little challenge.

The game had to wait until a third of the first half had been played for the first chance; it turned out to be a decisive one and it was no surprise as to who was involved.

Telford carried the ball well from the edge of the centre-circle all the way to the edge of the box, beating a couple of players in the process, before aiming a low drive towards the bottom corner and beating the keeper to open the scoring.

Following Telford's 13th goal for the Development Squad, Rovers rode a period of pressure from Argyle who were seeking out a quick reply, but the home side retained their shape well.

That was apart from one instance when the visitors managed to get the ball into a useful position, and midfielder Dan Rooney saw the ball drop to him six-yards out but lacked composure and fired way over the target.

On the counter, Telford went close to doubling his and Rovers' tally, latching onto a ball over the top to the left and digging out a fierce volley goalwards that only just flew over the bar.

Plymouth continued to push for an equaliser, particularly when Gary Miller swung a cross to the back post that was met by Alex Battle, but his header lacked power and was claimed by Andre.

The first real chance following the interval came eight minutes after the restart, with Tralist holding up the ball well and laying it off for Cameron Hargreaves who came off the right flank and unleashed a left-footed shot that flew just wide of the post. 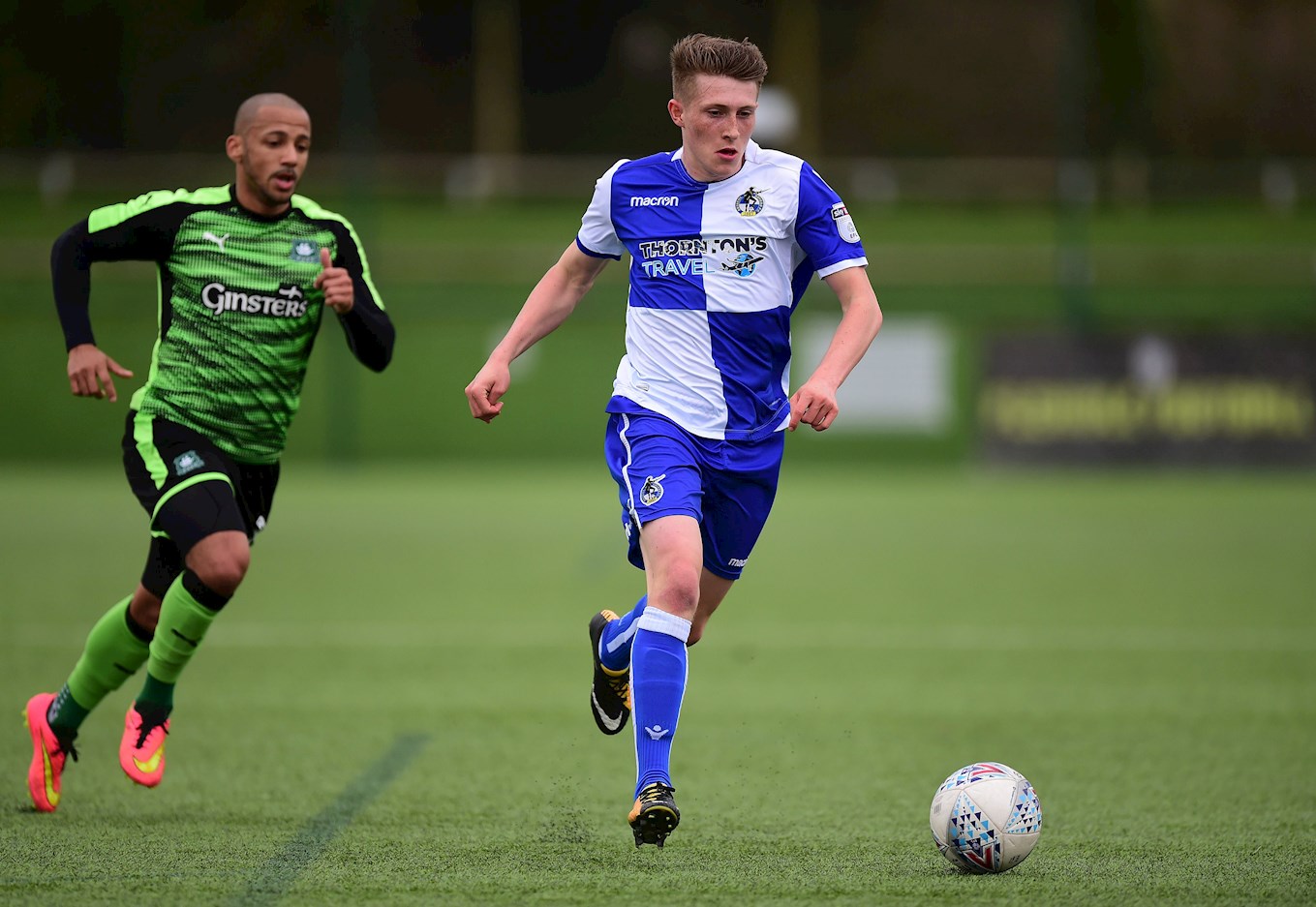 As we entered the final half an hour, Rovers had a penalty shout turned down when Telford got beyond Yann Songo'o and through on goal off a long ball from Michael Kelly and whilst attempting to tame the bouncing ball, seemed to be hauled to the ground by his opponent, but the referee was not convinced.

10 minutes later there was almost an incisive breakaway from the Gas led by Cameron Ebbutt, as the winger pinched the ball in his own half and played a one-two with Trialist before carrying the ball to the edge of the area and playing a superb ball to the back post to the same man, but he couldn't keep his shot down from close in.

Telford displayed his supremacy at this level down the right flank, cheekily flicking the ball over his marker before then taking two players out the game with one turn and laying on a superb cross for Ebbutt who so nearly got a telling connection.

Andre had a brief scare at the other end between the sticks when Argyle's Battle let fly from outside the area whilst the Rovers stopper watched the ball sail just marginally over his crossbar.

With just under 10 minutes left on the clock, the result was put in no doubt when Telford chased down Songo'o and picked his pocket just outside the area before showing great composure to lift the ball over the onrushing keeper and into the net to double Rovers' advantage.

Despite the game stretching further out of the visitors reach, they still pursued a goal of their own and Andre twice produced fine stops in quick successions to first keep out a strike from distance and then saved even more impressively low to his right from close range.

There were mere seconds left on the clock but there was still work to be done for Andre, who again produced a good save, this time flying to his left to parry a curled effort round the post.

That was to be the final act of the game, as Rovers sealed well-deserved victory. 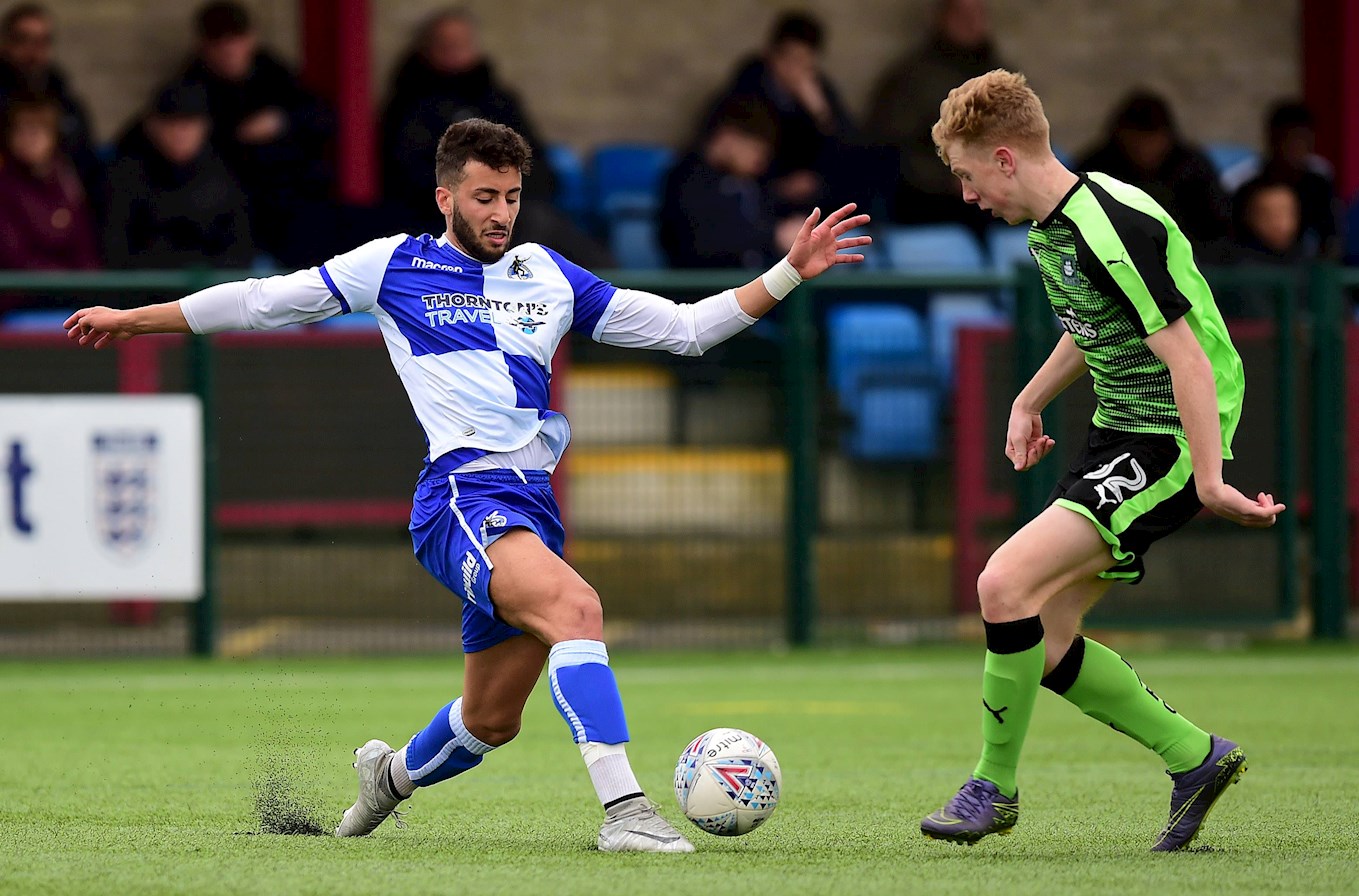