Rovers head into Saturday's local derby against Swindon Town at the Mem off the back of last week's away victory against Walsall.

Rovers return to the Mem this weekend as they prepare to face former Rovers boss, Ben Garner and his Swindon Town team in the Sky Bet League Two. The last meeting between Rovers and the Robins came in March with Swindon coming away with a 0-1 win at the Mem. Below is all you need to know ahead of Saturday's tussle at the Mem.

'We're hoping that they turn up with the energy that the fans who travelled to Walsall turned up with last Saturday. They showed our players what an incredible fanbase we have and hopefully we will have 5,6,7 thousand more in the stadium on Saturday.

'Hopefully, they can drive the lads on because they must realise that they are the 12th man. Over the COVID period, I think everybody in football has realised how important it is to have a passionate fanbase and I certainly  we suffered from not having the Gasheads in the stadium.

'I've mentioned multiple times that they are worth nine to twelve points a season and we've got to give them something to shout about. Hopefully, the fact that it is Swindon and an old Manager returning on Saturday will bring the Gasheads out in numbers and they'll get right behind the lads because these players are desperate to do well for the fans and I think the fans are desperate for these players to do well as well.'

Swindon head to the Mem on the back of two draws in Sky Bet League Two - sitting in 9th place in the league standings.

The Robins last league win came at the end of August, a 1-0 win over Mansfield Town. Ben Garner's side has picked up eight points on their travels so far this season. Rovers have two wins and two defeats from four home games this season. Last Saturday's at Walsall was the Gas' first win on the road since December 2020.

Jonathan Leighfield, Sports Reporter for the Swindon Advertiser, has shared a deeper insight to what the Gas can expect from Swindon Town this weekend.

'Town’s season has been far brighter than most would have expected, especially given the chaos that ensued over the summer. A few early wins caused sights to be set a little higher than staying up, although the lack of goals in recent weeks has perhaps caused fans to take a reality check.

'The squad is beginning to hit its straps in terms of fitness, and everyone is available to face Rovers on Saturday. Brentford loanee Alex Gilbert will cause the Gas some problems going forward while former Bristol City goalkeeper Jojo Wollacott has been outstanding between the sticks so far.

'If this game wasn’t a derby, I’d strongly fancy Town to come away with another away win. However, with it being arguably the biggest game of the season for the fans, I’m a little less confident. Regardless, I remain hopeful for a narrow Swindon victory.'

Rovers have scored in stoppage time for the past two fixtures (Brett Pitman v Leyton Orient and Sion Spence v Walsall). In comparison, Rovers scored two goals between the 75th-90th minute in the entirety of last season.

Rovers have eight league goals this season, each being scored by a different goalscorer.

Swindon have scored 6 goals in their 4 away games this season to date - all of which have come in the second half. Tyreece Simpson and Jack Payne lead the scoring charts with 3 goals apiece. Saturday's opponents are ranked as the highest in the division in terms of average possession during games.

Robert Lewis has been assigned Saturday's fixture. The Shropshire official has taken charge of 6 games this season, handing out 20 yellow cards. His last game in charge of Rovers was our defeat at Accrington Stanley last season, with his last game at the Mem coming on Boxing Day 2019, in our 2-1 defeat to AFC Wimbledon. Strangely, Lewis was also in charge of our Boxing Day win at Walsall in December 2018. He officiated 23 Sky Bet League Two games, averaging 25.26 fouls per game and 3.13 yellow cards per fixture. 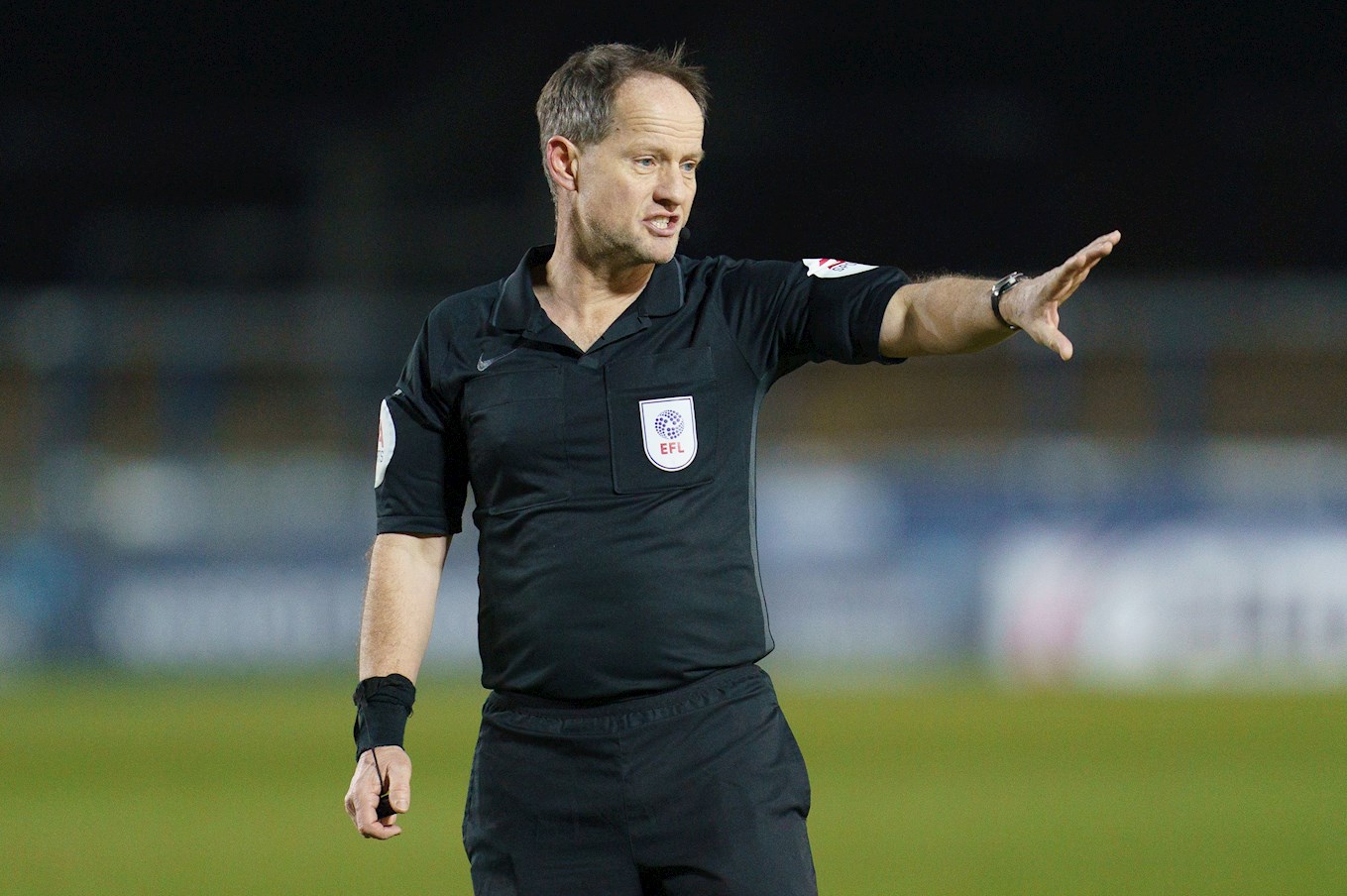 EFL sponsors Sky Bet have Rovers priced at 11/8 for the win on Saturday. On the goal scorer markets, Brett Pitman is offered at 9/2 to be on the scoresheet at any time, while Aaron Collins is at 11/2 to open the scoring on Saturday. On the scoreline front , a 2-1 in favour of the Gas can be backed at 8/1.

The game against Swindon Town this weekend is all ticket. This means there will be no on the day tickets available for fans to purchase. Tickets are on sale on non-matchday's from the club Superstore (10am-4pm) and can also be purchased online.

Print at Home tickets are the easiest way of securing your match ticket. When purchasing via this method you will receive a printable PDF, which when printed becomes your match tickets. Print at home tickets should be printed prior to arrival at the ground, however, these can also be scanned from a smartphone, but the success of this depends on things like screen quality, cracks, brightness, size on screen etc. Our team will be on hand to assist with any issues with Print at Home tickets on Saturday.

Online tickets will be available up until midnight on Friday, 1st October.

The matchday ticket office will be open from 10am on Saturday for ticket collections and future fixture ticket sales. 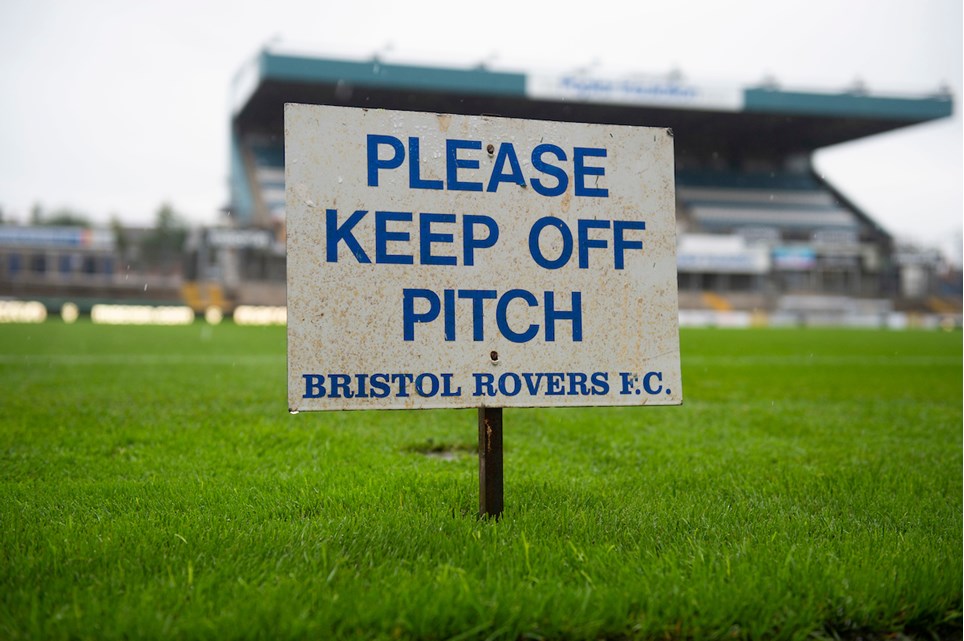 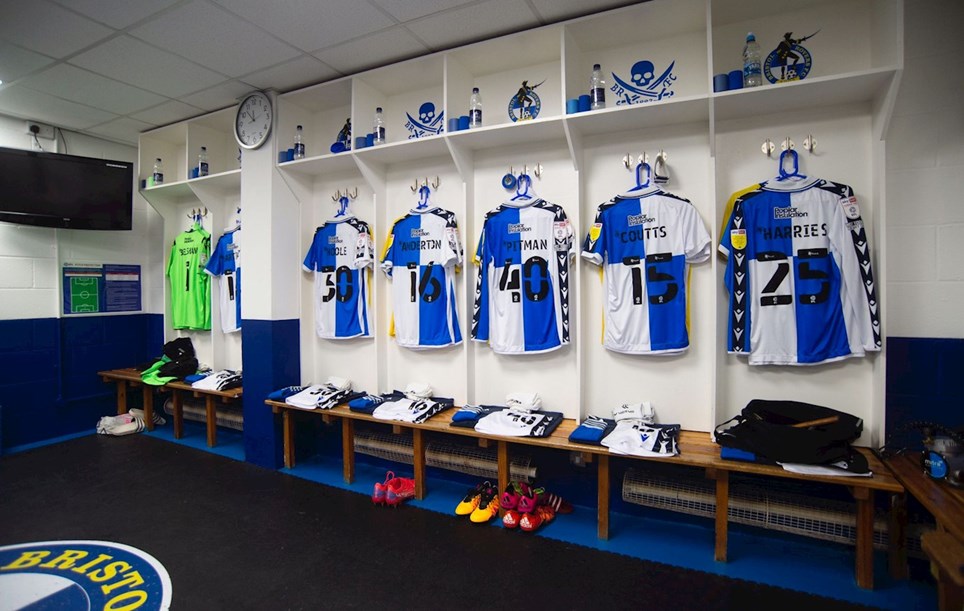 
Rovers make one change from last week's win against Walsall.

Rovers were condemned to a second straight home defeat as Ben Garner’s Swindon Town side ran out 3-1 victors at a sodden Memorial Stadium. Second-half strikes from Payne, McKirdy and a Ben Gladwin penalty ensured that Rovers could not make former boss Garner’s return an unhappy one.

A bone-crunching tackle from Antony Evans reverberated around the Memorial Stadium after just two minutes, setting the tone for a bright start from Rovers in the incessant rain.

The wet pitch made for some early sloppy passing, slips and mistakes from both sets of players.

Rovers took a grip of the game and were rewarded for some one-touch passing in the 16th minute as Harry Anderson finished off a flowing move with a fine, right-footed shot past Wollacott, from Evans’ delicious through ball. The wing-back became Rovers’ ninth different goalscorer this season. 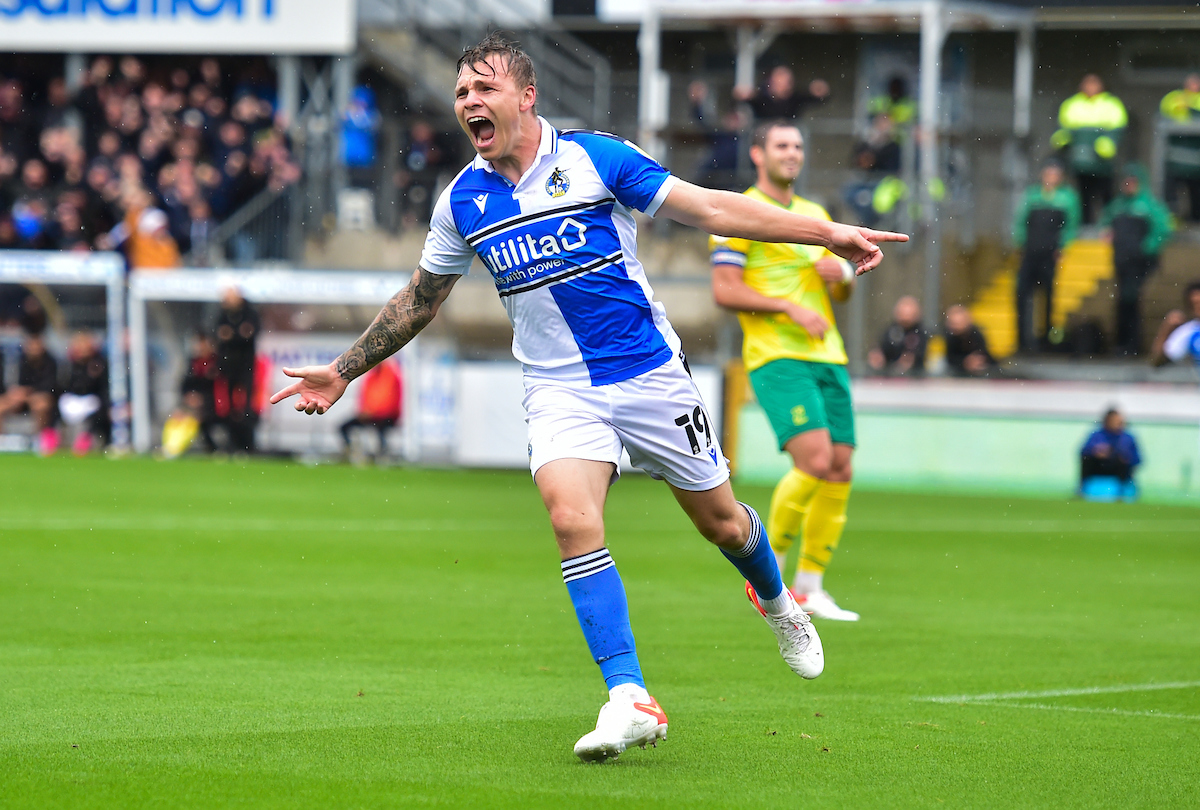 Swindon looked to respond and grew in to the game, with the wily Payne pulling all the strings.

A well-worked routine off the training ground saw Crinchlow’s effort deflected wide, before Town saw their first shot on target after 21 minutes from Payne, gathered well by Belshaw in the centre of his goal.

The Gas ‘keeper was called upon again to beat away a cross-cum-shot from Kesler-Hayden, inevitably assisted by Payne.

Belshaw was at it again in the 34th minute, producing his finest save of a busy half, denying Gilbert after the Robins striker burst through one-on-one.

Rovers regained a foothold in the game and threatened late in the half with some crosses fired into the Swindon box, but the visitors held firm in front of their 700-strong travelling fanbase - Wollacott claiming under his crossbar as the half-time whistle blew.

The rain eased up slightly as the second half began, with Rovers attacking the home end. Belshaw was called into action early to repel a cheeky back-heeled effort from Swindon left-back Iandola. Swindon began to dominate possession and levelled through Payne in the 56th minute, with Rovers failing to clear a near-post cross.

Further Swindon domination forced Barton into action in the 62nd minute as Aaron Collins and Harvey Saunders replaced Evans and Glenn Whelan. The game then became stretched, with both sides looking to strike it lucky with some hopeful long-range passing. 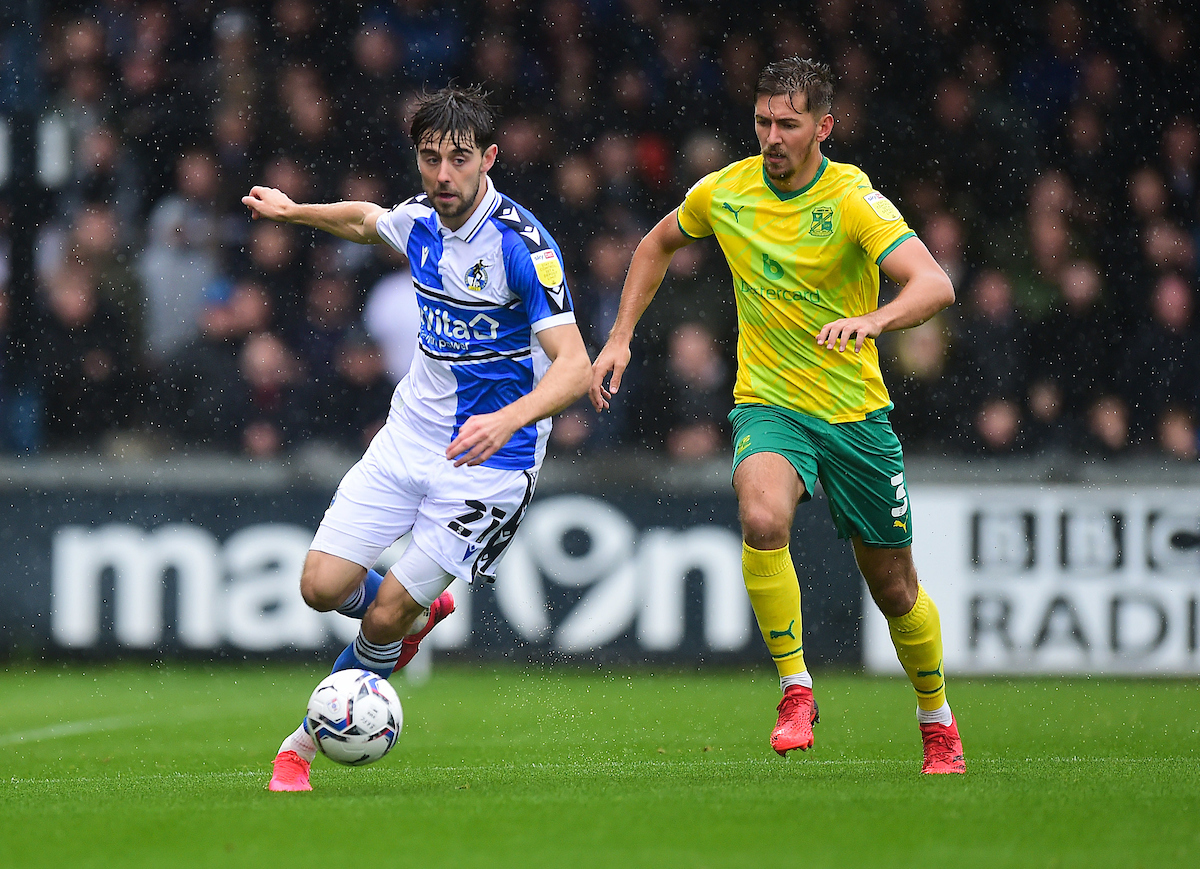 More Town pressure saw a McKirdy strike deflected behind for a corner. There was a delay in proceedings before it could be taken though, as Connor Taylor lay stricken near his own goal. The centre-half could not continue and was replaced by Hoole as Rovers looked to regroup and look for what would be their first back-to-back wins since December.

Hoole was straight in the action as his header from Coutts’ right-wing cross was gathered by Wollacott. In a surprising move, the influential Payne was replaced by Welsh international Jonny Williams in the 74th minute. Rovers then made a fourth change - Taylor was a concussion substitution - with Pitman being replaced by Westbrooke.

Alfie Kilgour was shown a yellow card as Swindon upped the ante, looking to find a winner. They so nearly did, but were again thwarted by Belshaw, who produced a stunning save in the top left-corner of his goal from a Gladwin header. Kilgour was then shown a red card for a second yellow after he handled McKirdy’s goal-bound volley in the 84th minute; Gladwin netting the resulting penalty past a despairing Belshaw to put Town 2-1 up. 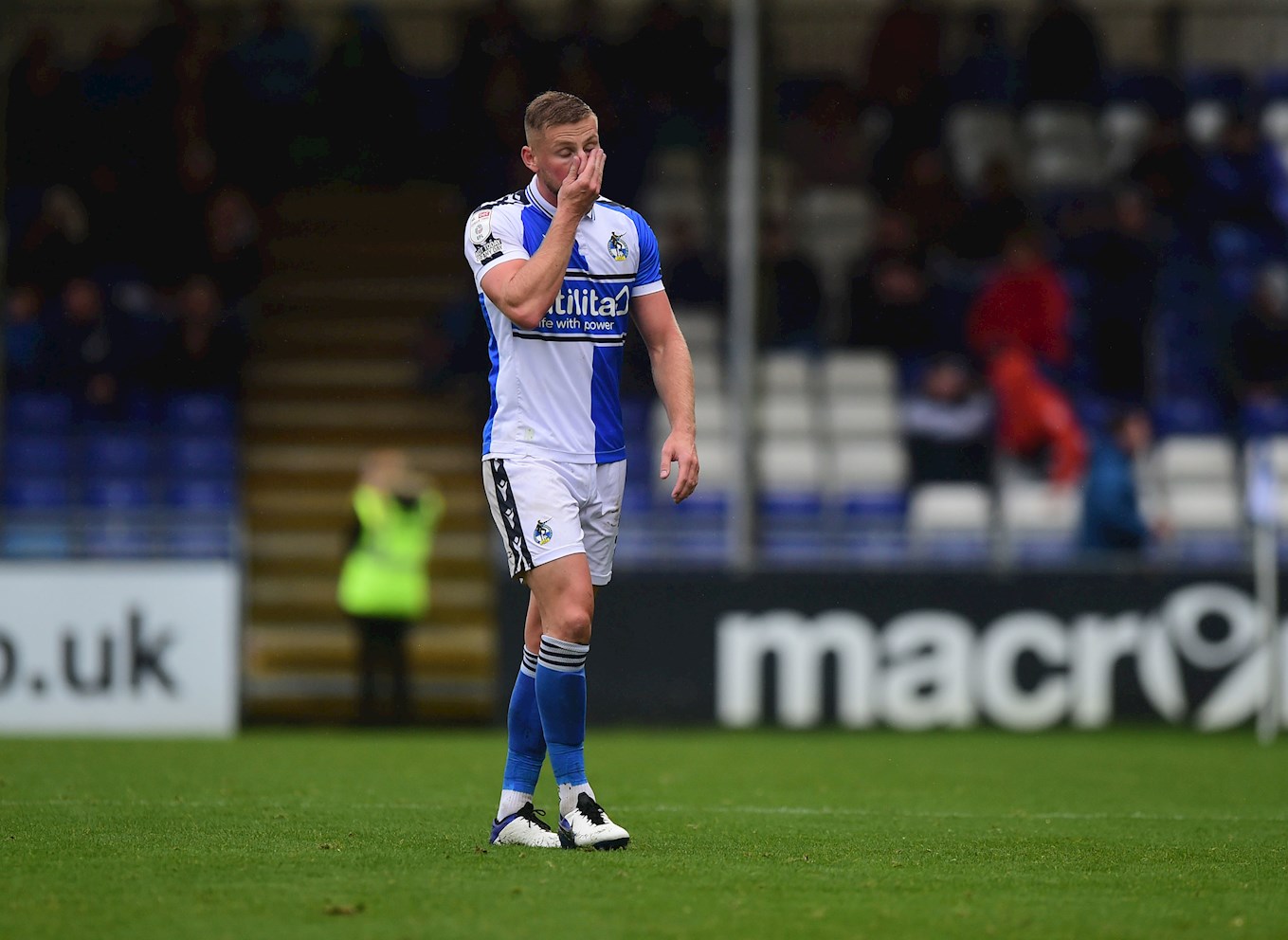 McKirdy then wrapped up the points in the 87th minute after a mistake from Belshaw, the otherwise-impressive ‘keeper spilling a cross from the right, allowing the Swindon substitute the easiest of finishes.


Rovers make one change from last week's win against Walsall.

Fans should be aware that for this fixture, there will be no on the day tickets avaliable and all tickets will have to be bought in advance. In store sales will finish at 4pm on Friday 1st October. Ticket office opening hours are 10am - 4pm (Tuesday - Friday).

To purchase tickets online for this fixture - please click HERE. 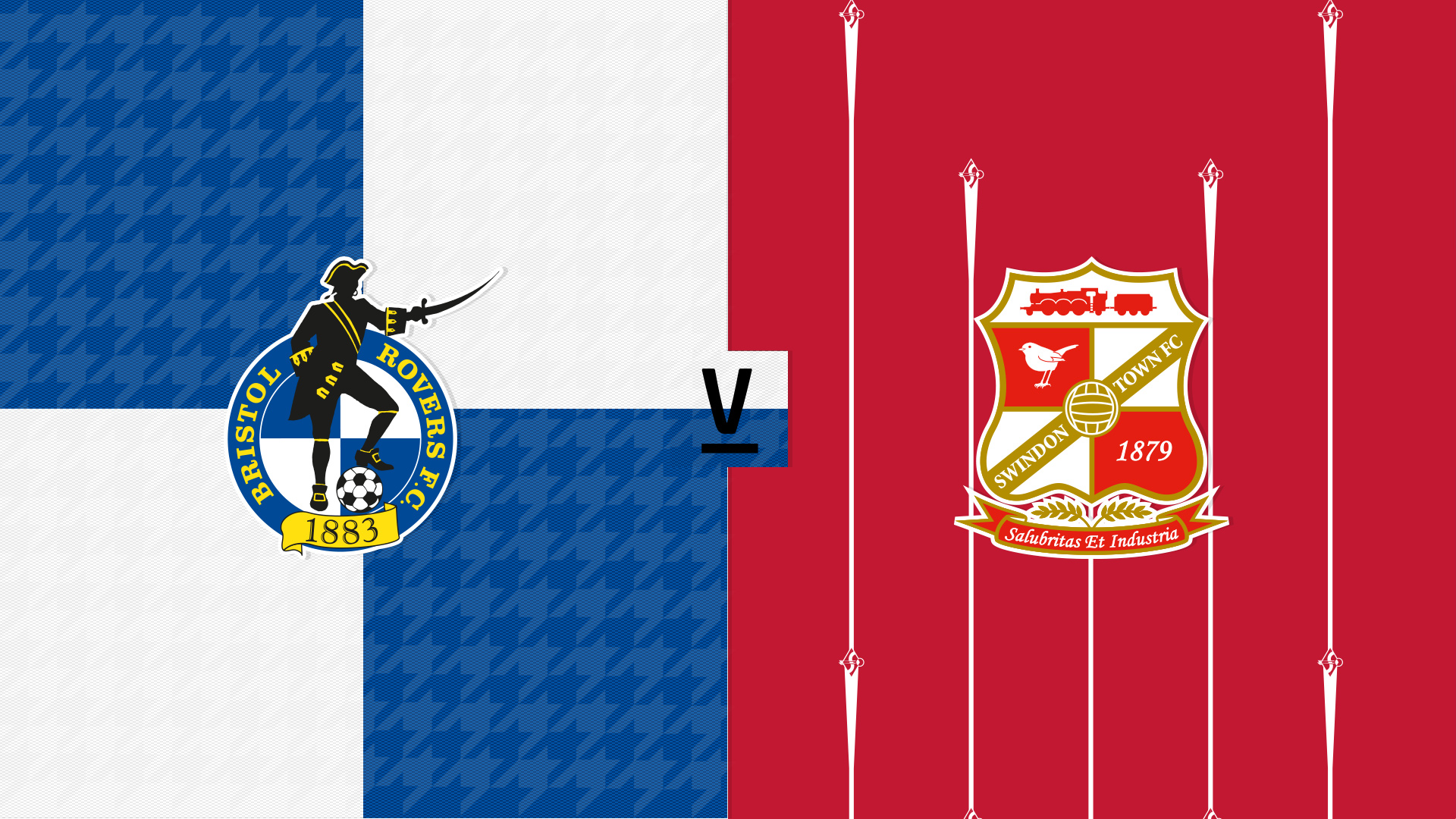 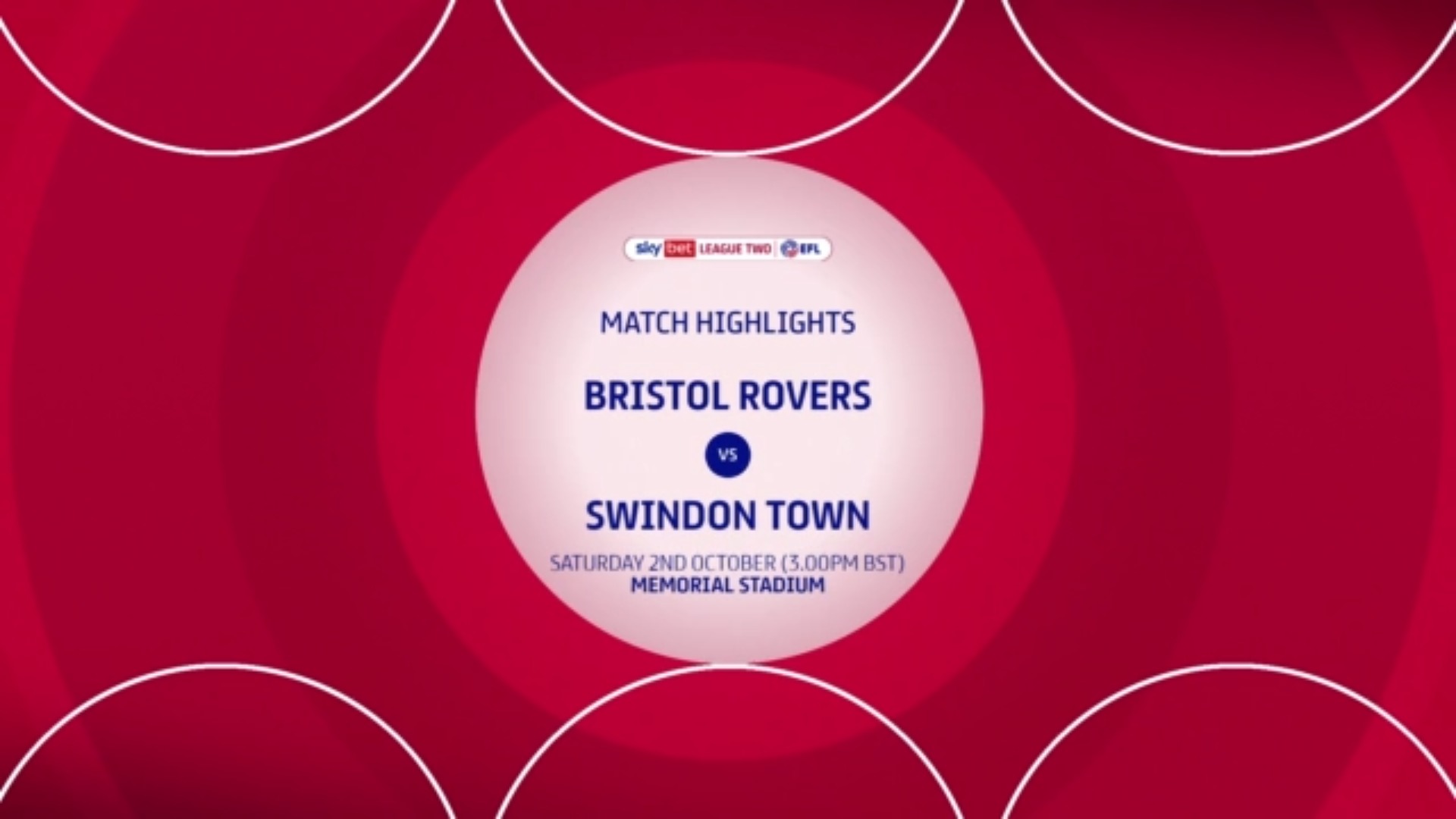 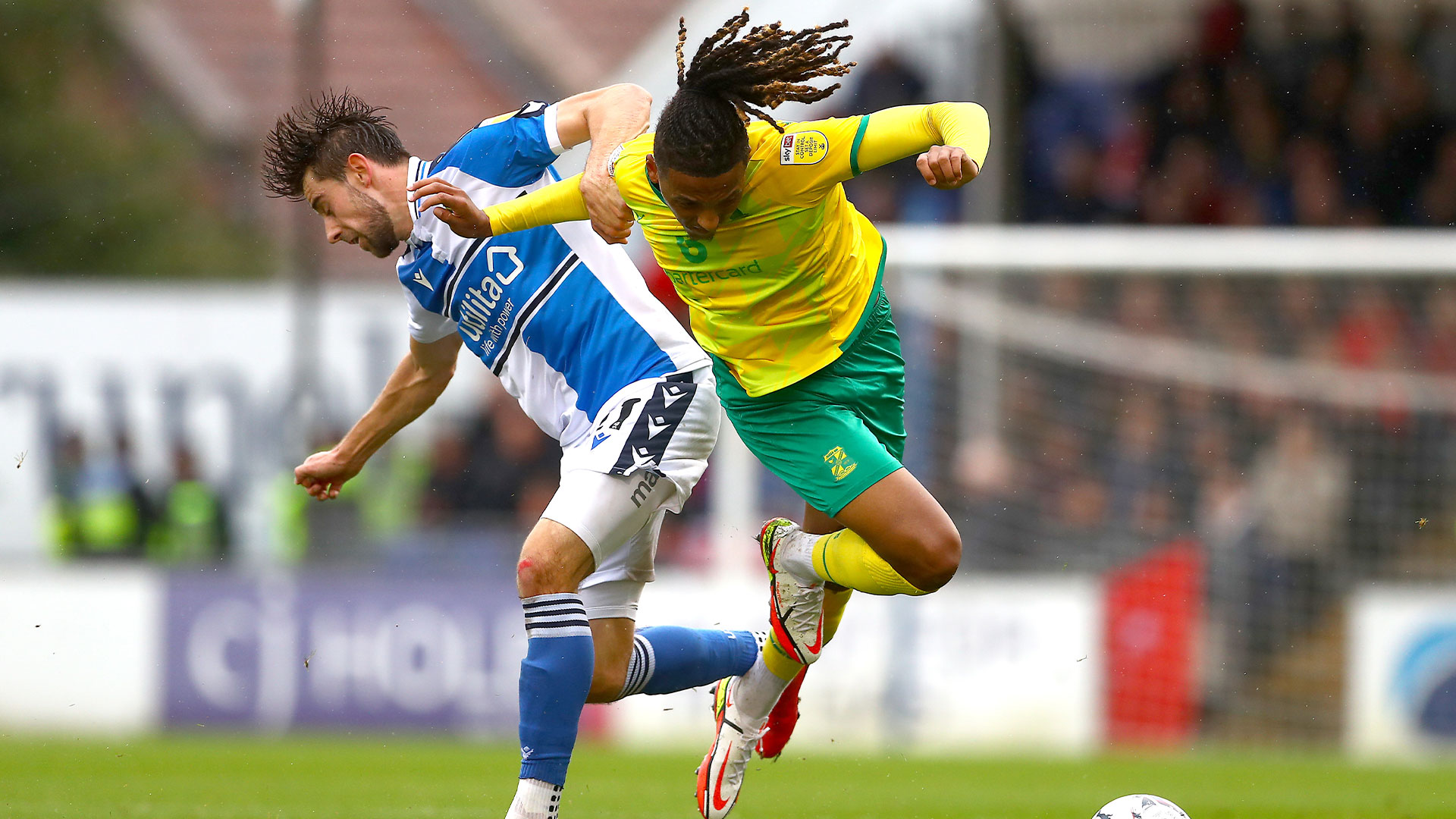