Rovers welcome Chris Beech's Carlisle United to the Mem this weekend. Rovers will be looking to bounce back after defeat last time out against Swindon Town.

Rovers head into the Carlisle United match off the back of a frustrating 1-3 home defeat at the hand's of local rivals, Swindon Town. The last meeting between Rovers and the Blues came in 2016 with Rovers losing 3-2 at Brunton Park. Below is all the infomation you need ahead of Saturday's fixture.

Joey Barton spoke with the local press at the Quarters Training Ground ahead of Saturday's fixture against Carlisle United at the Mem.

Carlisle United Manager Chris Beech gave an insight into the approach of Saturday's visitors, telling carlisleunited.co.uk, “The first goal is always important and clean sheets are obviously a good foundation for everything else you want to do.

“There needs to be a balance in your play, especially when you’re playing away, but the most important factor is to make sure that you’re on your game.

“Within that individuals need to make good, positive decisions and they need to work together and show cohesion in their approach.

“Whether they’re attacking as a unit, working hard to get the ball back, passing and moving to create space or backing each other up, it all has to be done as one.

“All of those elements have been there in recent games but we’ve got to move on from that point and remain strong mentally." 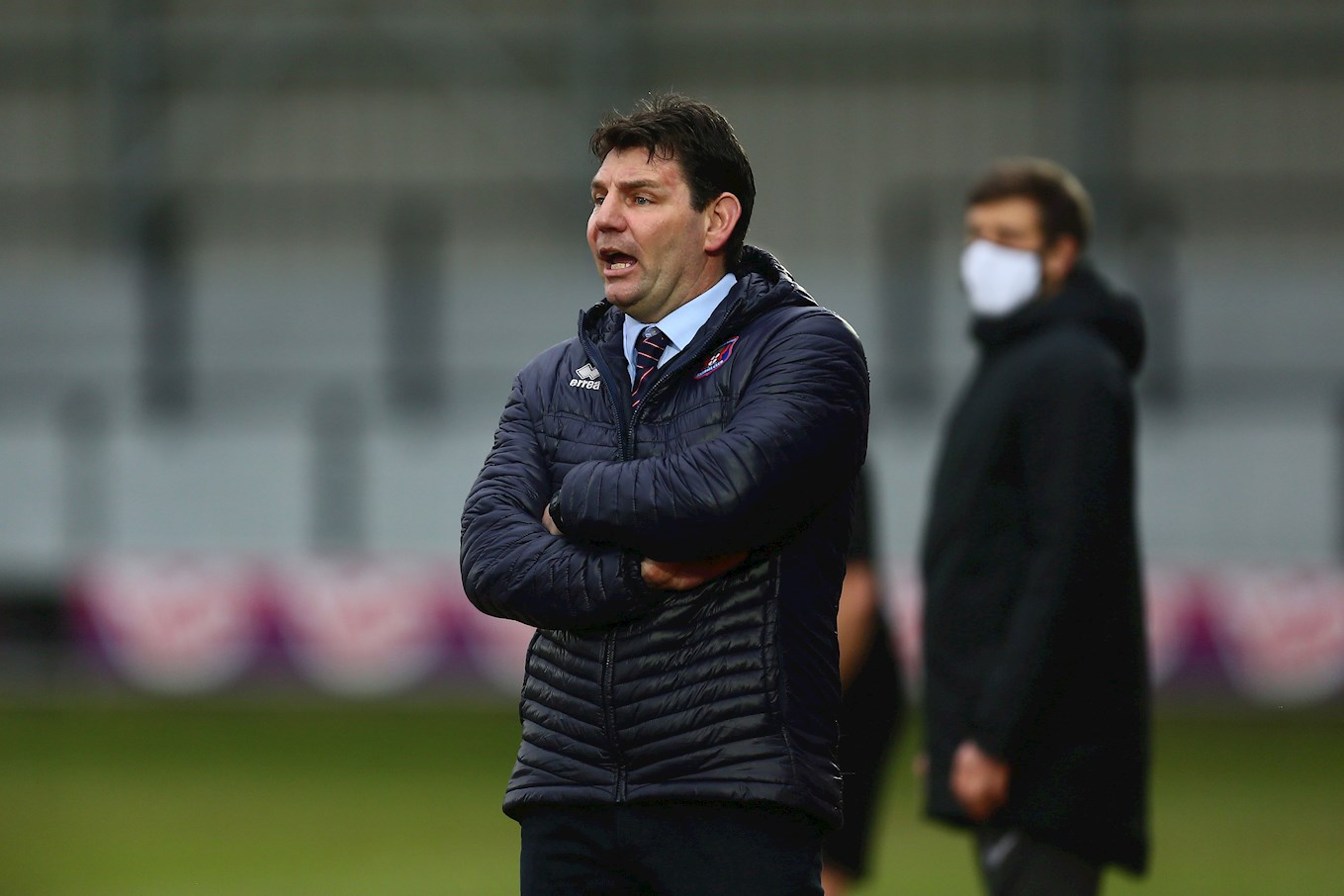 Carlisle are currently in 19th place in the Sky Bet League Two with 10 points from 10 games so far this season. Results wise, Carlisle have won one of their last six games in the league with that win coming at home against Salford City. Carlisle are on a run of two defeats in a row in the league with their previous two results being a 4-0 away defeat to Sutton United and a 0-2 home defeat against league leaders, Forest Green Rovers. Chris Beech's team have picked up four points on their travels so far this season. 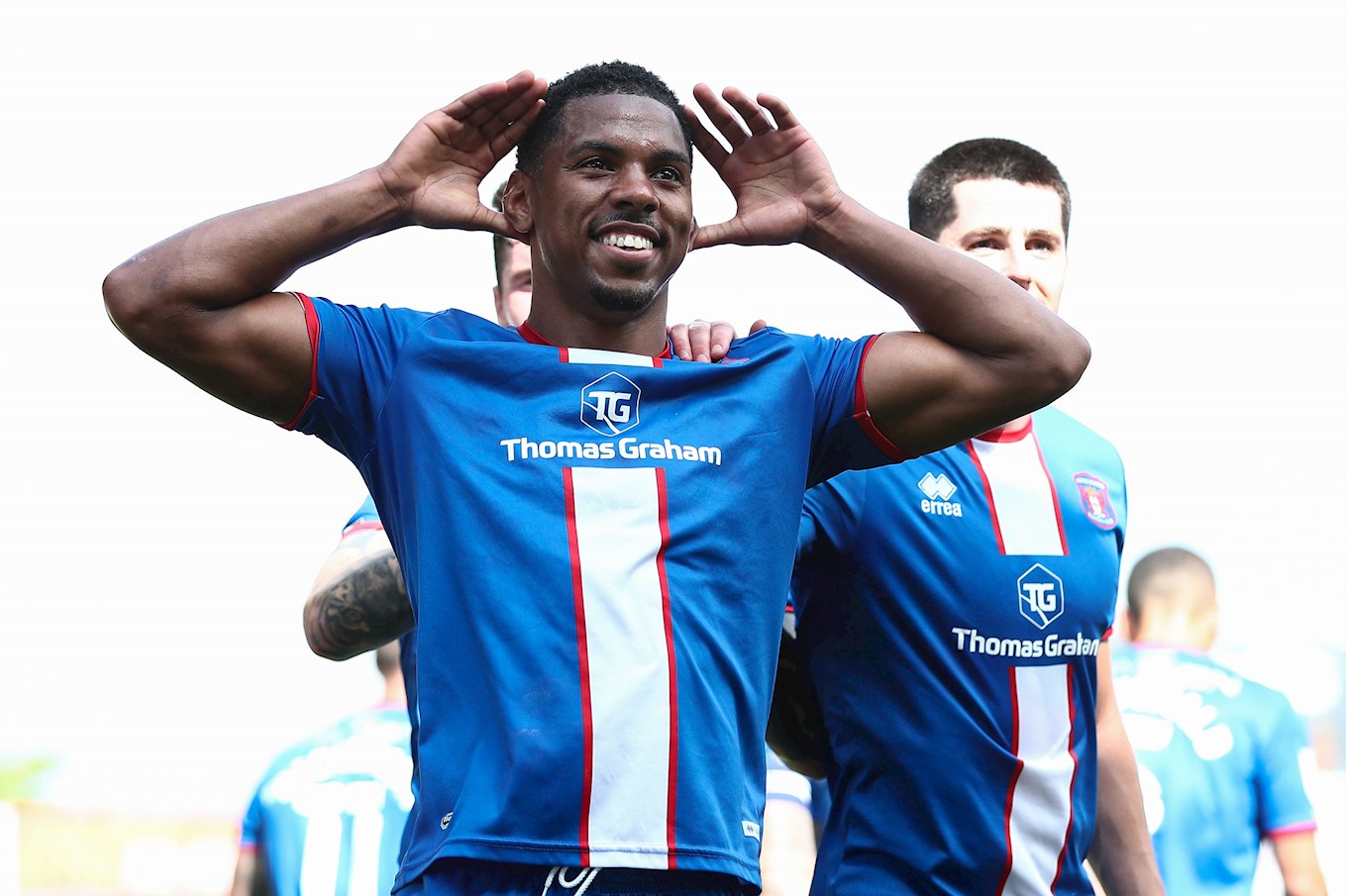 Carlisle's four away goals this term have all come from four separate goalscorers (Joe Riley, Jon Mellish, Tristian Abrahams and Zack Clough. Three of those goals away from home have come in the first half.

Harry Anderson scored his first Rovers goal last weekend. The winger has played the most league minutes of any Rovers player this season (812) and is the only player to feature in every league game so far this campaign.

Joey Barton and Chris Beech have met on one occasion before in opposing dugouts, with Barton recording a win in the EFL Group stage over Carlisle back in September 2019 with Fleetwood. Harvey Saunders scored two goals in that fixture, resulting in a 3-1 win for Barton's Fleetwood. 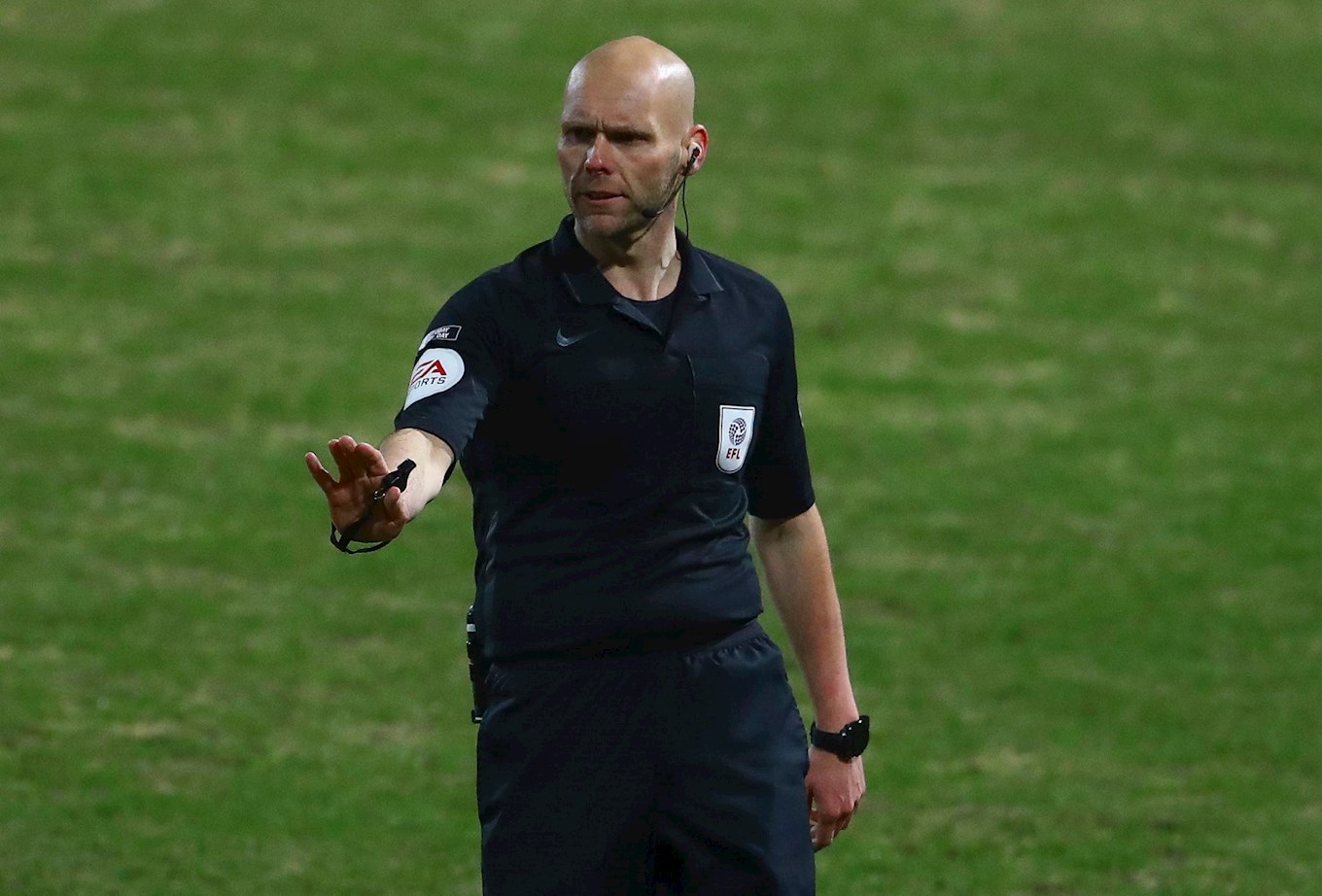 EFL sponsors Sky Bet have Rovers priced at 13/2 to record a 1-0 victory on Saturday.

On the goalscorer markets, Harry Anderson is 8/1 to score first and Aaron Collins is 12/5 to be on the scoresheet at any time.

All the info you need to plan your trip to the Mem can be found below. The article covers how to buy tickets, bar and shop opening times and details on how to buy a 50:50 ticket or a programme.

Due to the international break, Saturday's game is available to watch live on iFollow. A match pass is priced at £10, with the majority of the revenue coming back to the football club.


Rovers make three changes to the starting XI in this afternoons Sky Bet League Two fixture against Carlisle United at the Mem.

Rovers manager Joey Barton resorted to burning sage at The Quarters training ground during the week in a bid to remove negative energy ahead of today's clash at the Mem.

Rovers shuffled the pack, with three changes to the side that lost 3-1 at home to Swindon Town last week. Out went the injured Sam Finley and the suspended Alfie Kilgour, whilst Pitman dropped to the bench to be replaced by Luca Hoole, Aaron Collins and Harvey Saunders.

The Gas threatened first; Evans penalised for a foul as he looked to get on the end of a tantalising cross from Anderson. Rovers enjoyed all the early possession against a Carlisle side that had won just twice this season. Brown’s corner failed to beat the first man and Carlisle looked to counter but the left-back atoned for his error, racing back to snuff out the danger.

The Cumbrians’ defence opened up on 12 minutes, allowing Antony Evans time to line up a shot but unfortunately the attacking midfielder lost his footing and slipped as he shot wide. Morgan Feeney brought down Harvey Saunders in the 16th minute, resulting in the game’s first booking from referee Charles Breakspear, who officiated last season’s League 2 Play-Off Final that upcoming visitors Newport County lost to Morecambe. The resulting free kick was headed tamely over Jensen’s bar by Connor Taylor.

Superb skill on the right-hand touchline from Harry Anderson won a free-kick for Rovers, but again it came to nothing as the game struggled to spark into life. Anderson was then called into action at the other end, sprinting back to ensure a two-on-one breakaway for Carlisle came to nothing. Harries then got the home side’s first caution for a foul just outside the penalty area. Clough’s cross was headed away by Hoole and Rovers quickly switched the play to the other half as they continued to enjoy the majority of possession.

Devine was next in the referee’s notebook for a foul on Brown. Evans again failed to beat the first man with his cross. Out of nowhere, Carlisle striker Alessandra was allowed time and space in the penalty area, his deflected shot falling to Clough, whose fine strike warmed the palms of in-form Gas ‘keeper James Belshaw.

Finally, the goal that the game was crying out for was superbly crafted by Antony Evans, jinking into the box on the left in the 34th minute, turning his marker inside out, before firing low and hard into the bottom corner. Evans became the tenth different goalscorer this season. 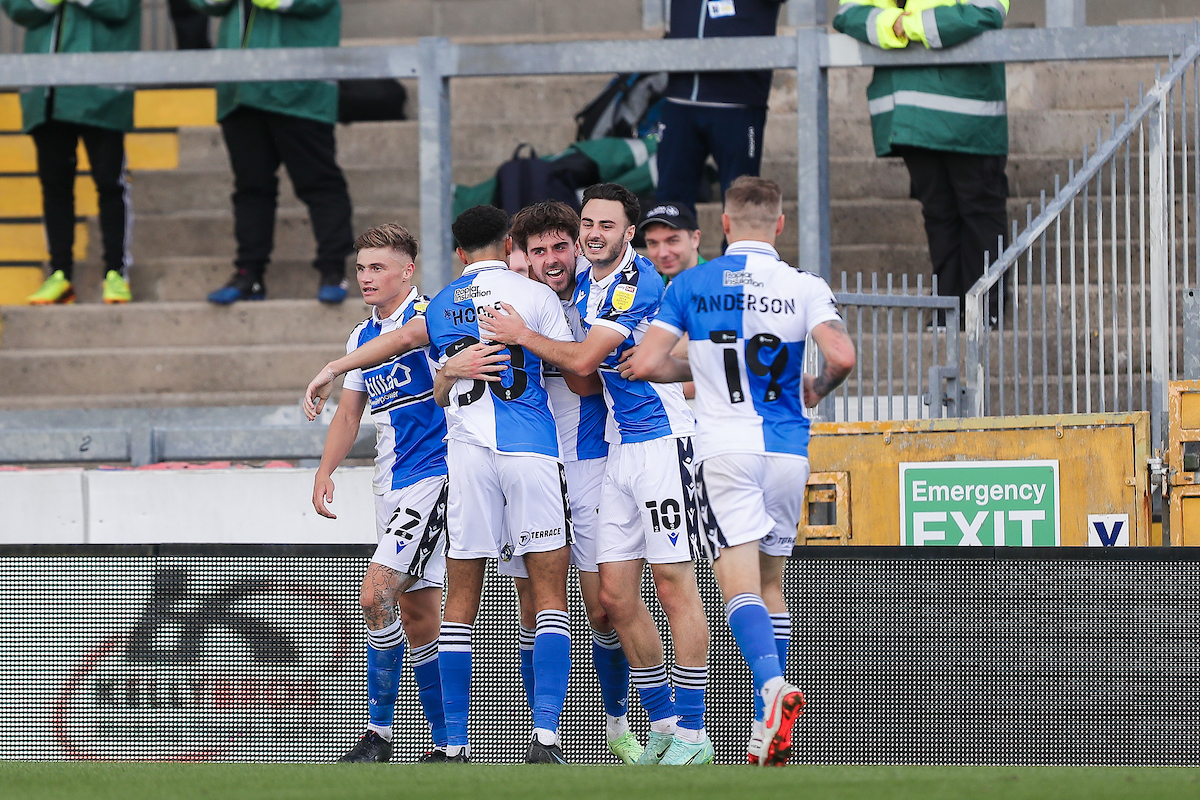 A flurry of action then saw the injured Brown replaced by Nick Anderton against his former team and Alessandra booked for a foul on Harry Anderson. Anderton was called into immediate action, clearing his lines after Carlisle looked to hit back. An intercepted Collins cross saw Rovers’ last attack of the half come to nothing, but Joey Barton will have been delighted to see his troops ahead at the interval. Rovers began the second half attacking the home end and immediately regained control of possession, although Belshaw had to be alert to stop Clough dinking the ball over his head in a rare Carlisle attack.

They were soon back in the ascendancy though, and nice play down the left saw Harvey Saunders spurn a chance to double Rovers’ lead, firing straight at Jensen from 18 yards. The away side made an early change, Alessandra departing in the 52nd minute, replaced by Gibson. Carlisle left-back Jack Armer then saw yellow for hacking down Anderson in the 59th minute as the game became scrappy, before his captain Callum Guy joined him in the book a minute later.

Tristan Abrahams was the next off the bench for the Cumbrians, looking to give their 292 travelling supporters something to cheer. Rovers responded with a change of their own; Luke Thomas coming on to the field in place of the hard-working Harry Anderson. Collins moved to the flank to allow Thomas a central role as the game entered the final quarter. Taylor Charters came on for Armer and from a corner Callum Guy hit a low shot that Belshaw comfortably gathered in the middle of his goal.

Mellish became the sixth Carlisle player to be booked, before Saunders collected the home side’s second card, harshly adjudged to have committed a foul whilst challenging for a header on the halfway line. Rovers them made their final substitution, with Collins being replaced by Sam Nicholson, who received a warm welcome from the Gas faithful as he made his comeback from injury.

A superb break from Gibson threatened to hand the visitors an unlikely equaliser, his shot cannoning behind for a corner, after he had made 60 yards down the right. Nicholson then made the game safe in the 85th minute, stroking home at the far post after an inviting cut-back from fellow substitute, Luke Thomas. 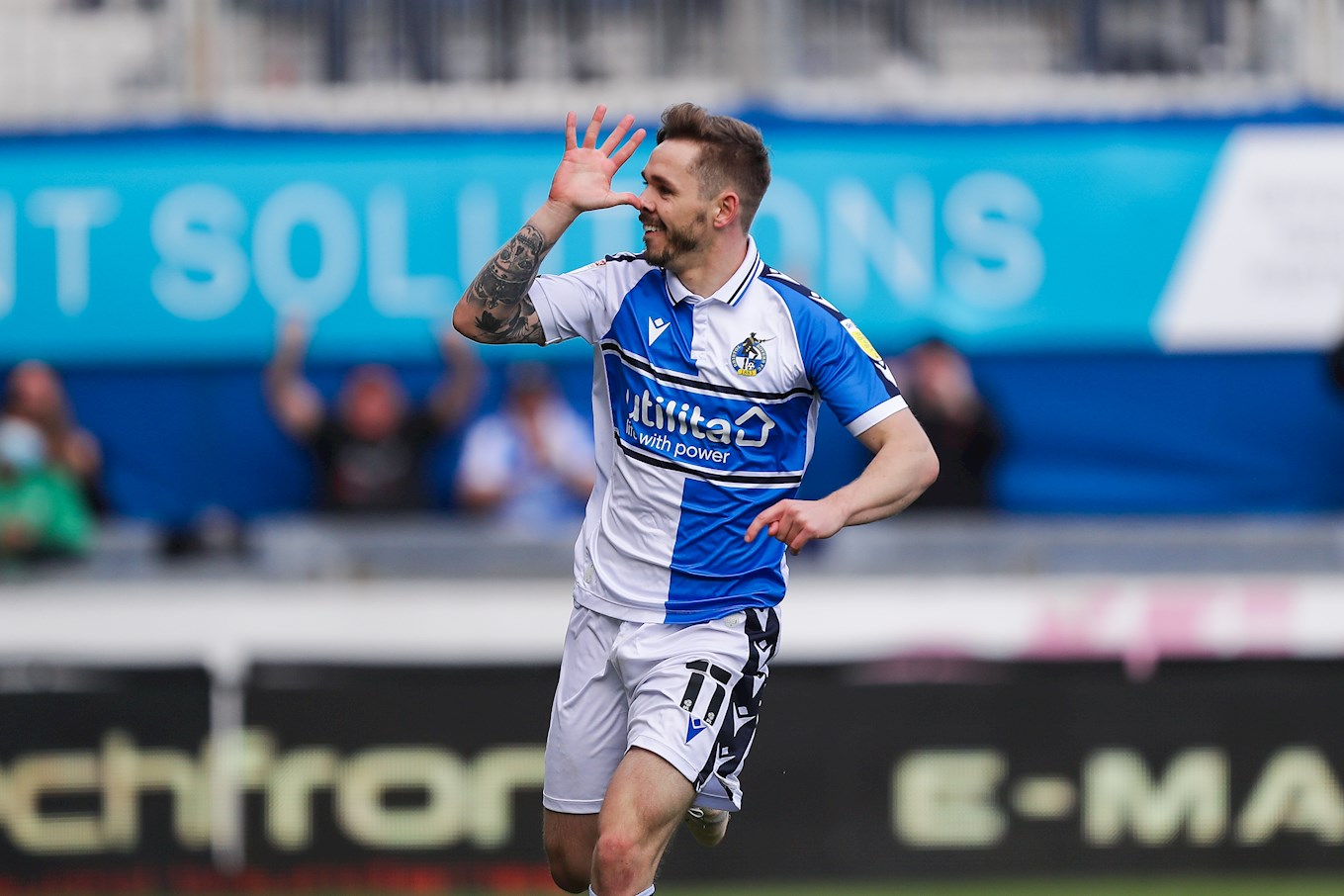 Thomas then saw yellow for a late challenge, soon followed by Glenn Whelan for a similar tackle. He was soon back in the action though, setting up Harvey Saunders for the third, the midfielder firing high and handsomely past Jensen to round off a miserable afternoon for Carlisle.


Rovers make three changes to the starting XI in this afternoons Sky Bet League Two fixture against Carlisle United at the Mem. 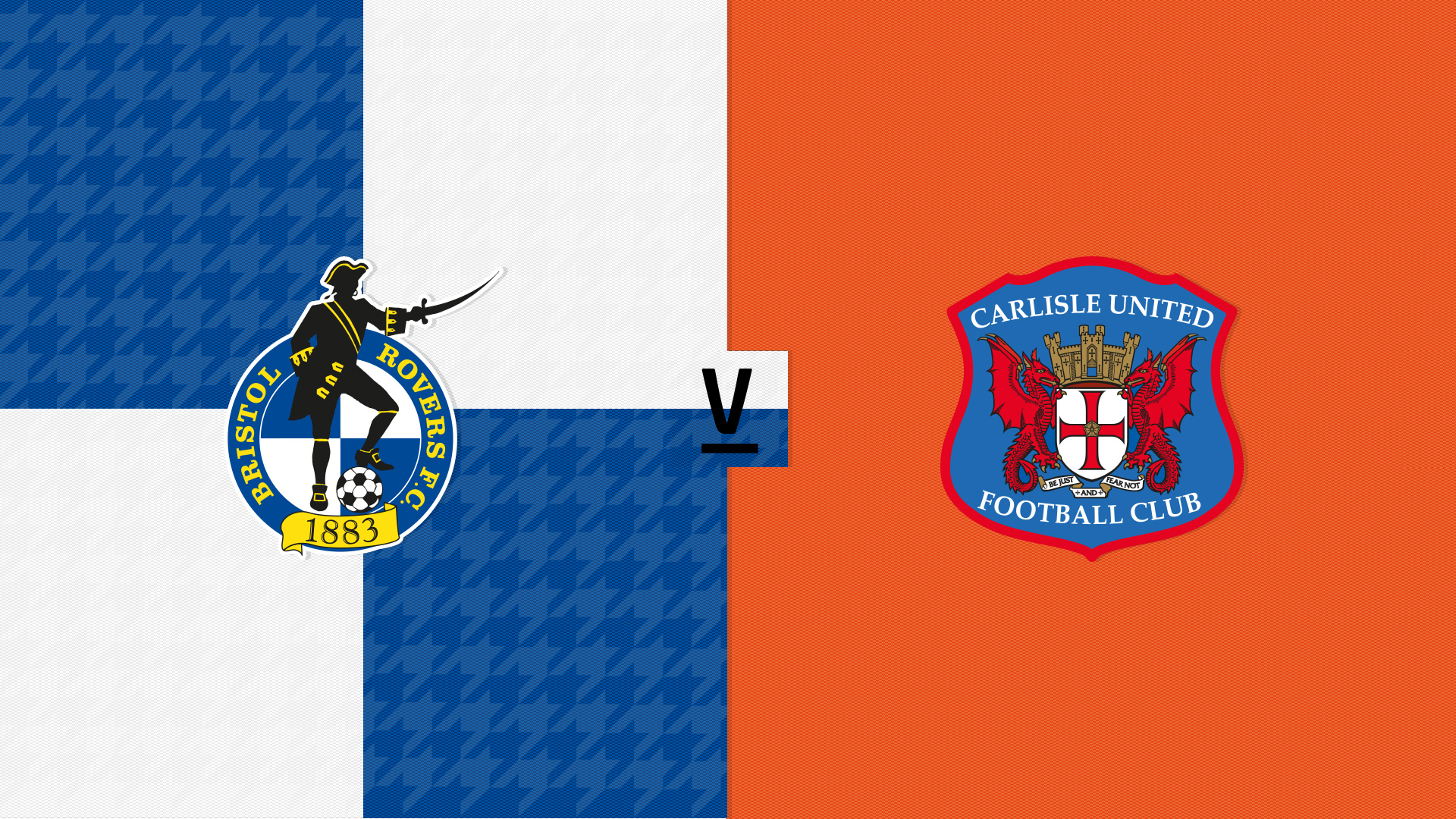 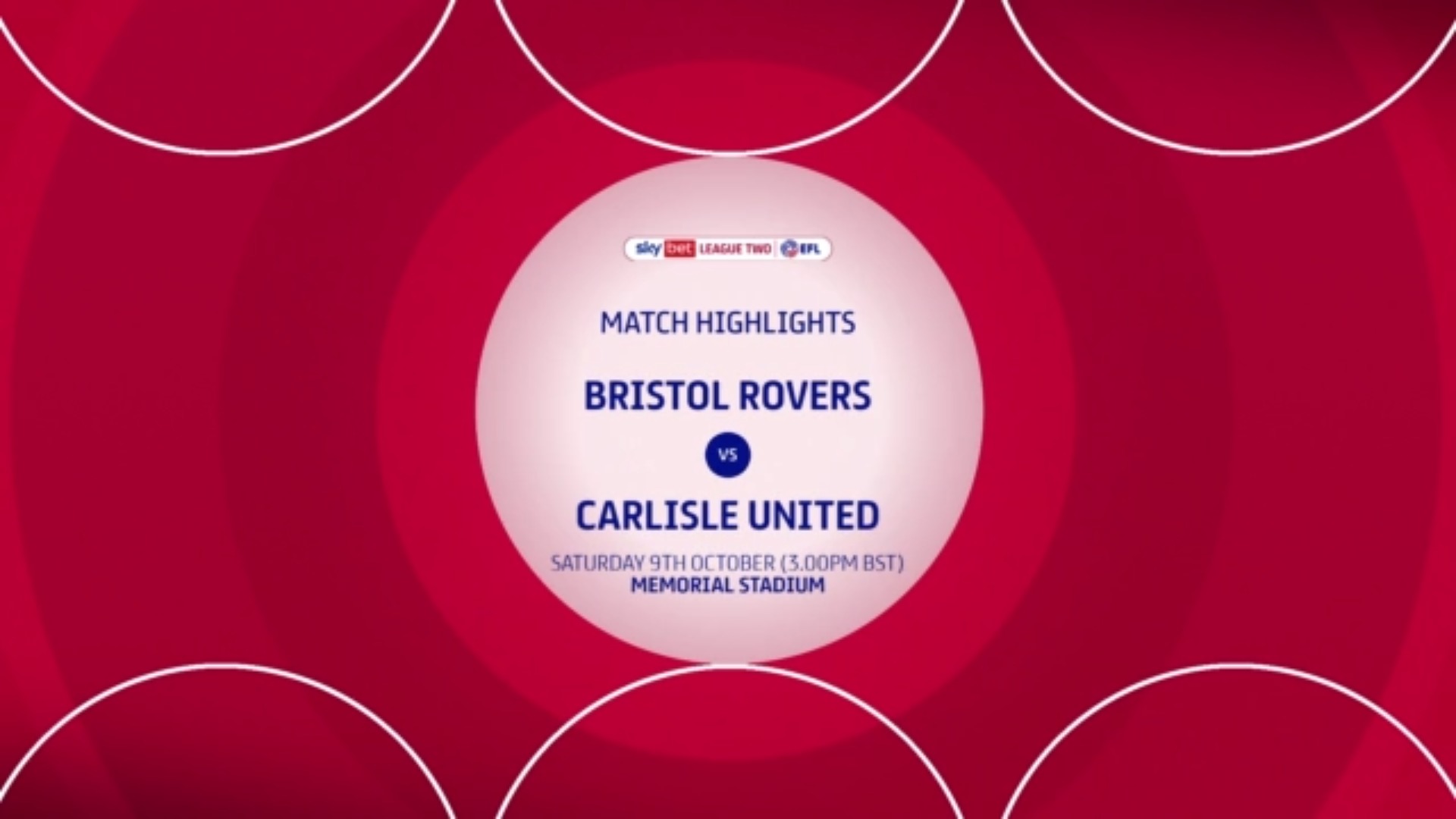 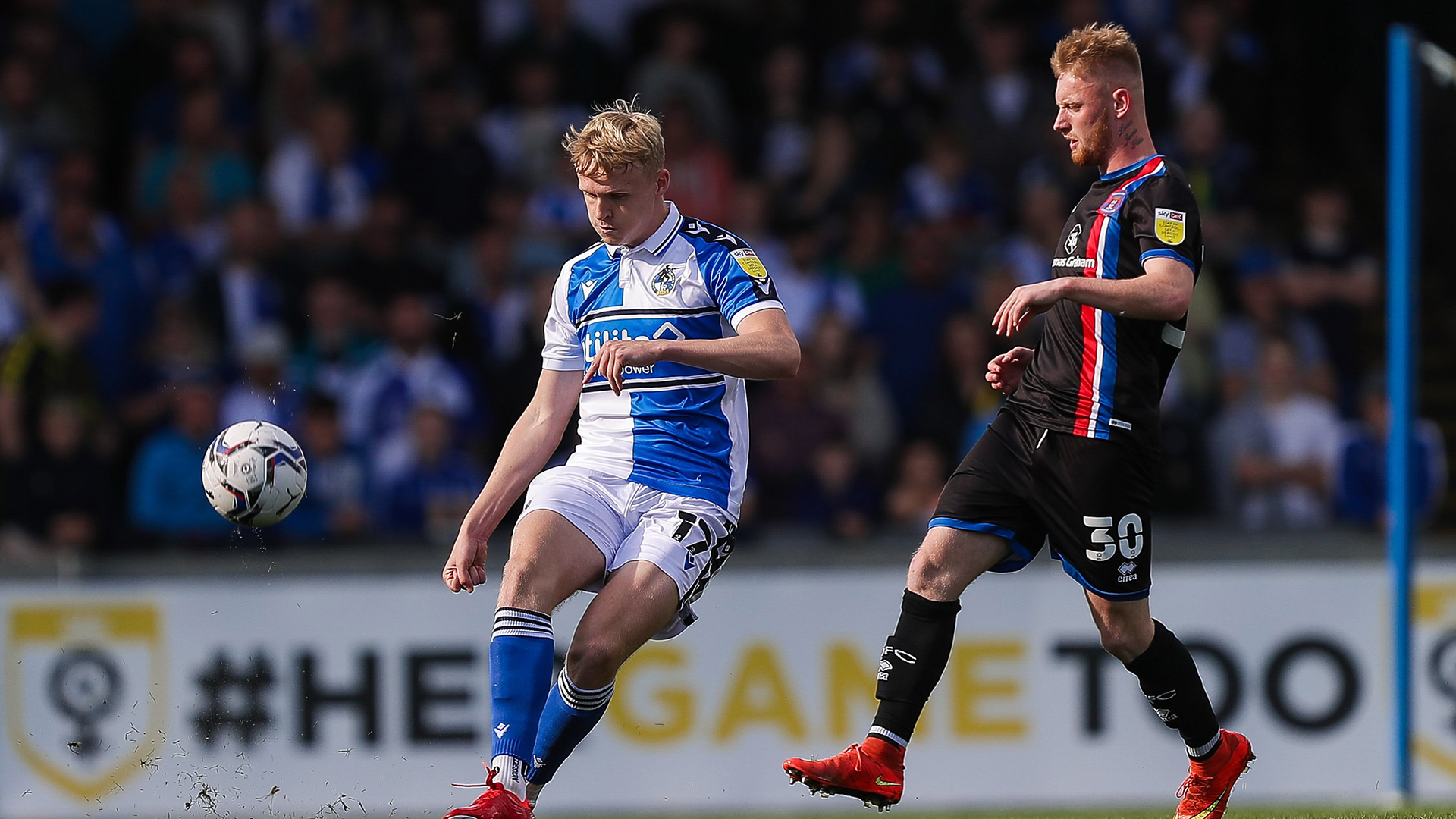