Rovers are through to the second round of the Emirates FA Cup after a sensational game that saw the Gas score three goals in ten minutes in the second half of extra time.

Rovers made three changes for the game against Oxford United. Zain Westbrooke, Nick Anderton, and Luke Thomas came into the starting XI for the Emirates FA Cup tie. 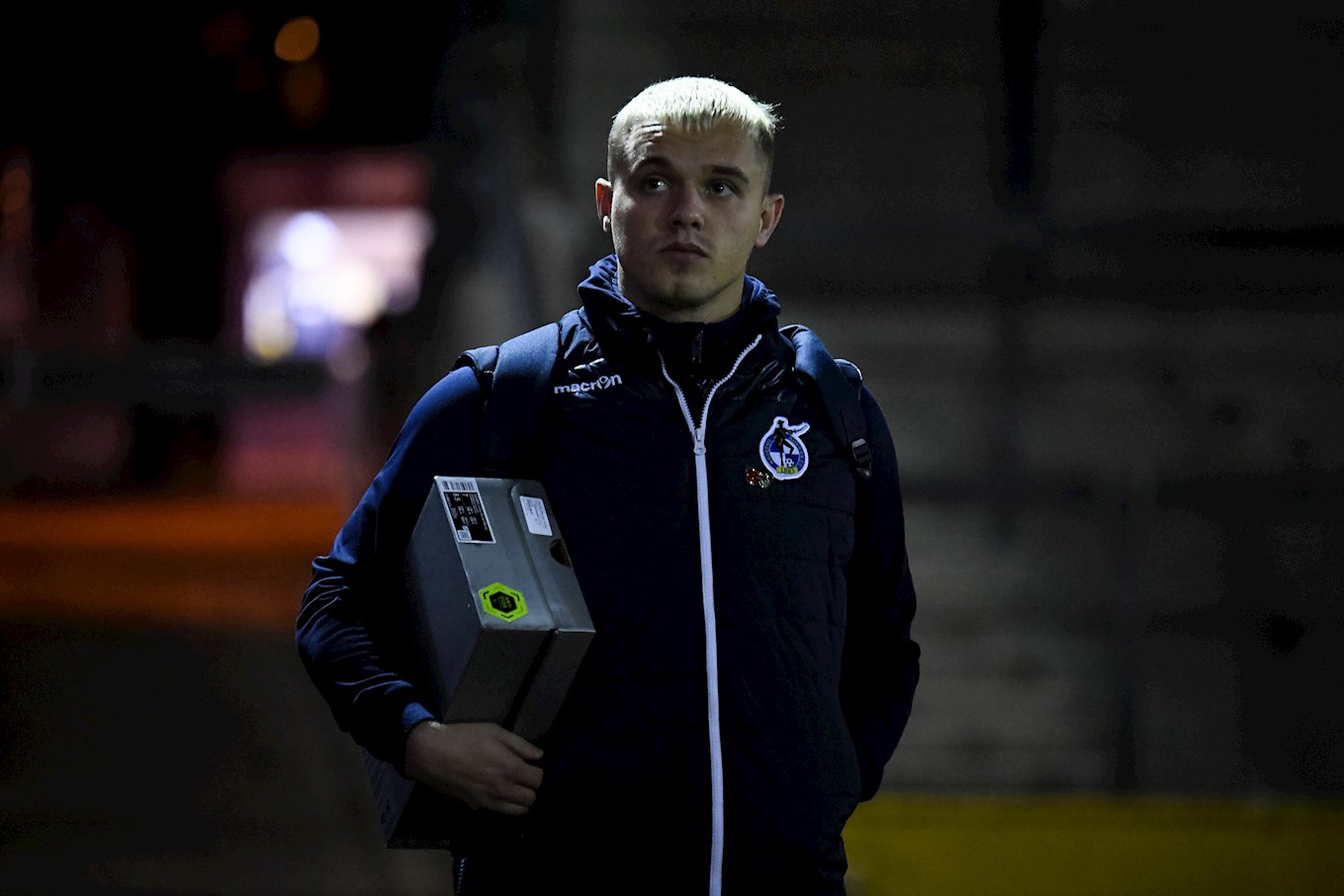 Luke Thomas was involved in the first meaningful action of the first half after he was almost played in on goal by Antony Evans but was unable to take the ball into his stride as Oxford cleared the danger moments later.

Belshaw was called into action for the first time in the game on the 19th minutes after Sykes was one-on-one with the Rovers 'keeper. Belshaw made himself big and turned the ball behind for a corner kick to the visitors.

Striker for the evening, Sam Nicholson, had thought he was through on goal but Oxford's 'keeper, Simon Eastwood was quick off of his line to deny the Scotsman having an effort at goal. EFL Young Player of the Month, Connor Taylor again showed his class to halt Oxford striker Daniel Agyej getting a shot on Belshaw's goal after the striker had been played in following a mistake in the middle of the pitch.

Rovers started the second half superbly. Antony Evans cut in from the right-hand side of the Oxford half and spotted Finley on the edge of the area who had time to pick his spot and find the bottom corner of the goal with a fine first-time finish. 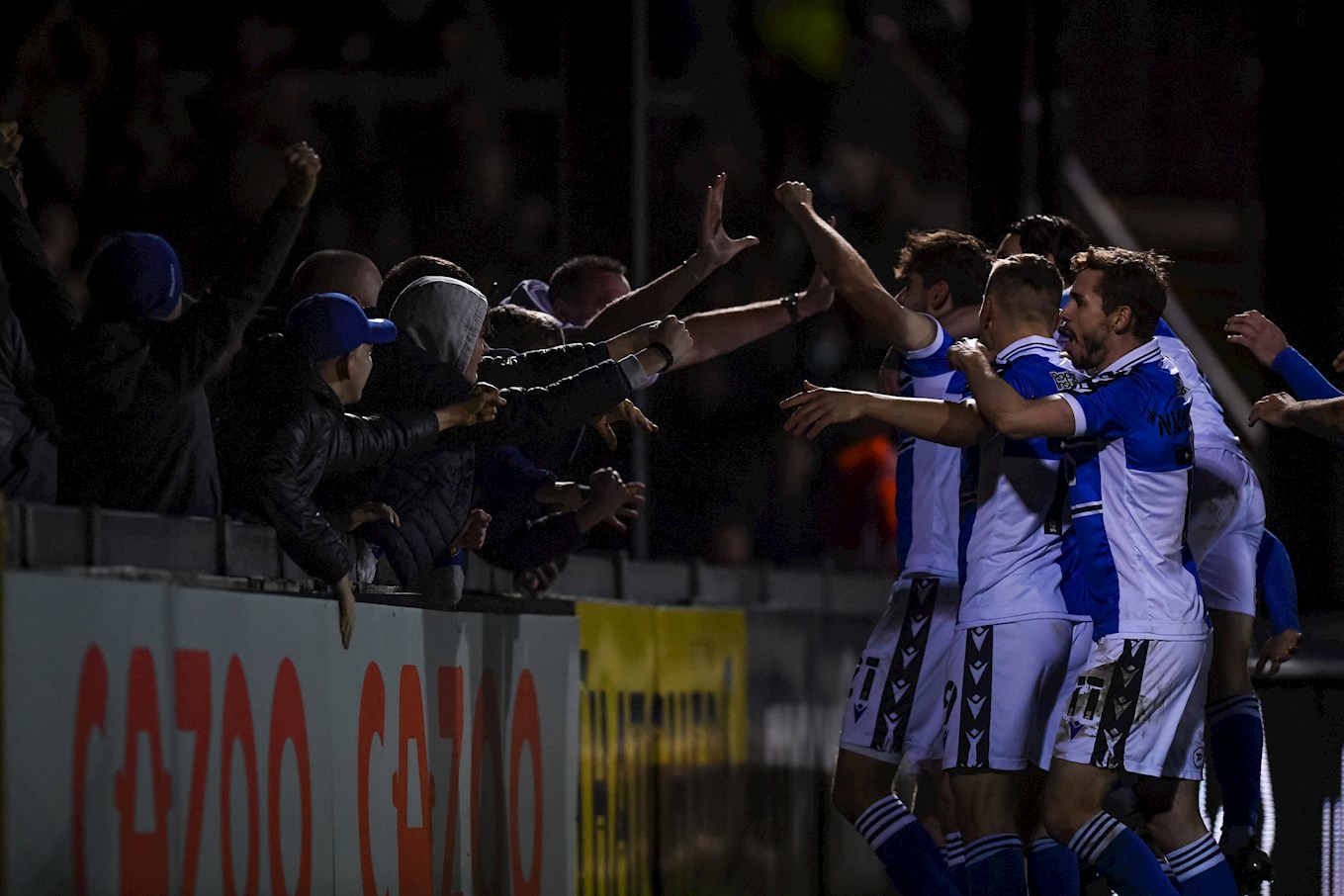 Shortly after Rovers had broken the deadlock, Oxford levelled the game. Matty Taylor's converted penalty kick got the visitors back on level terms after Harry Anderson had fouled Ryan Williams in the area.

Rovers looked to respond with the same determination they have shown in recent weeks. The Gas almost got their reward when Zain Westbrooke's firm effort was blocked by Eastwood. Following Eastwood's save, the ball rebounded out of the box and Matty Taylor looked to be in on goal. Belshaw however, was on his toes to rush out to the ball and clear it away from the oncoming striker.

It was now the visitors pushing for a winner in the tie. Steve Seddon's goal-bound effort had to be deflected behind for a corner from the boot of Connor Taylor. Antony Evans came within inches of netting the winner right at the end of the second half but was unable to keep his looping header on target as it flew narrowly wide of the post. 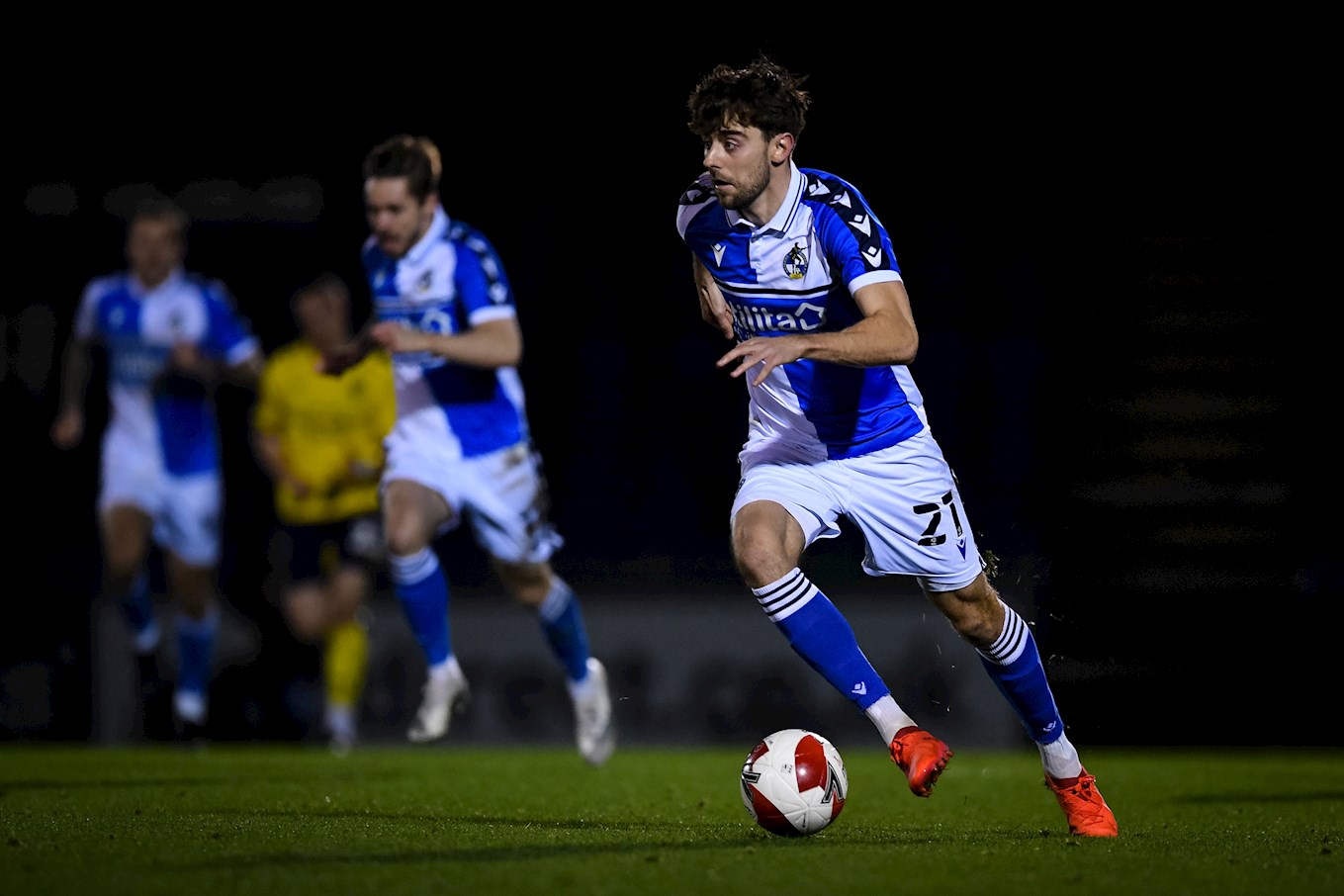 Oxford scored early into extra time. Former Rovers player, Billy Bodin ran through on goal and found the bottom corner with his left-footed shot from the centre of the Rovers penalty area.

The visitors added a third goal shortly after Bodin had scored their second. Steve Seddon rose highest in the box to meet Taylor's cross and placed his header into the same corner that Bodin had found only moments before. Bodin came close to scoring his second and Oxford's fourth of the game, but two saves in quick succession by Belshaw denied the former Rovers player.

Rovers boss, Joey Barton made three changes in response. Coming off were Antony Evans, Zain Westbrooke, and Sam Finley. Coming onto the pitch for the last 25 minutes were Ryan Jones, Sion Spence, and Pablo Martinez.

Jones was involved in the action straight away as he ran through on goal and attempted to shoot underneath Eastwood's legs. The goalkeeper was quick to read what Jones was trying to do and snapped his legs together to prevent Jones from pulling one back for Rovers.

Rovers needed a fast start in the final period of extra time to pull something out of the game and a fast start is exactly what they got. Sion Spence met Nick Anderton's cross and the Welshman's thumping header flew past Eastwood to set up a grandstand finish at the Mem. 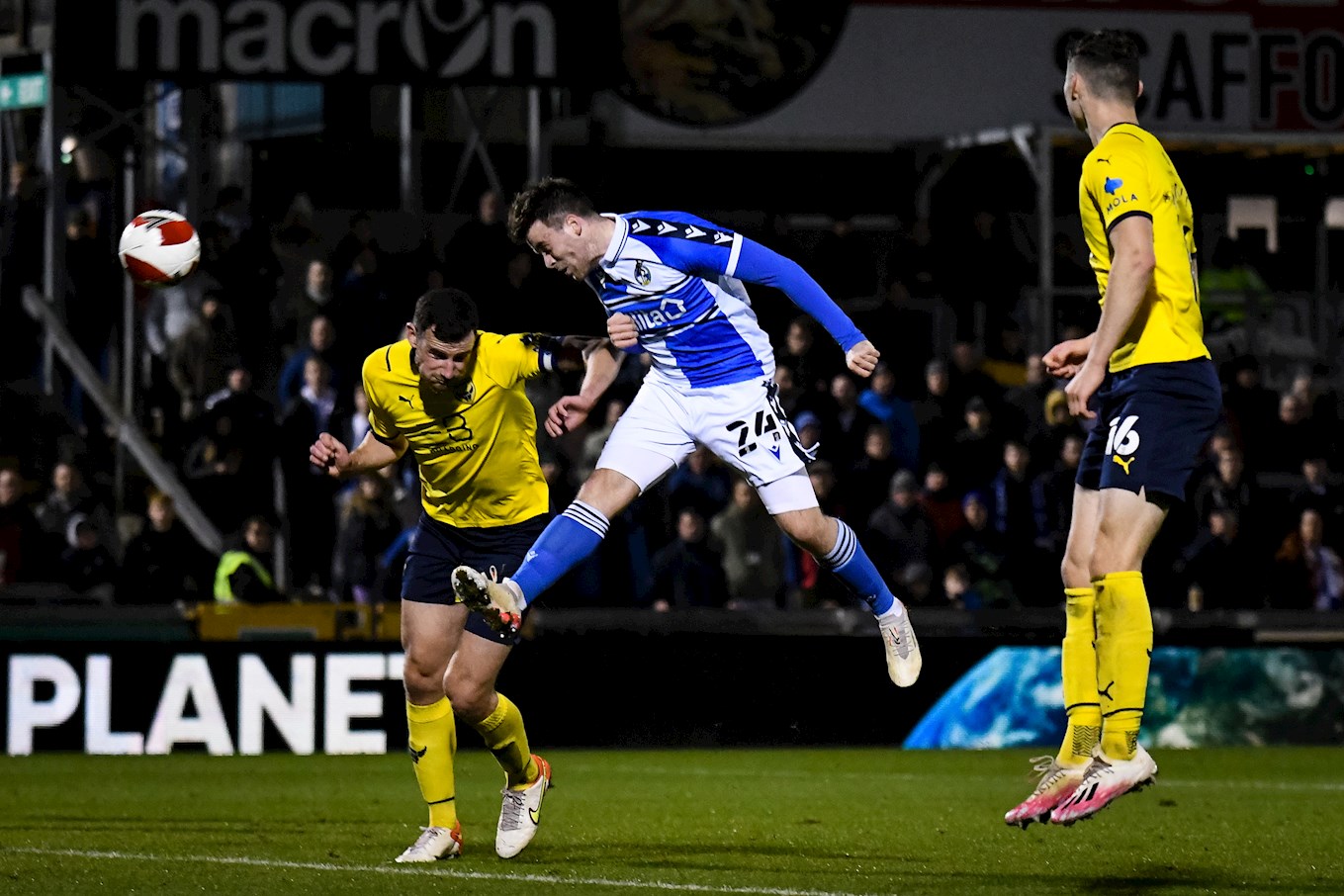 Five minutes later, Aaron Collins stepped up with his first Rovers goal and a definite contender for goal of the season. A ferocious left-footed strike from 25 yards out straight into the top corner sent the Mem wild with five minutes left to play. 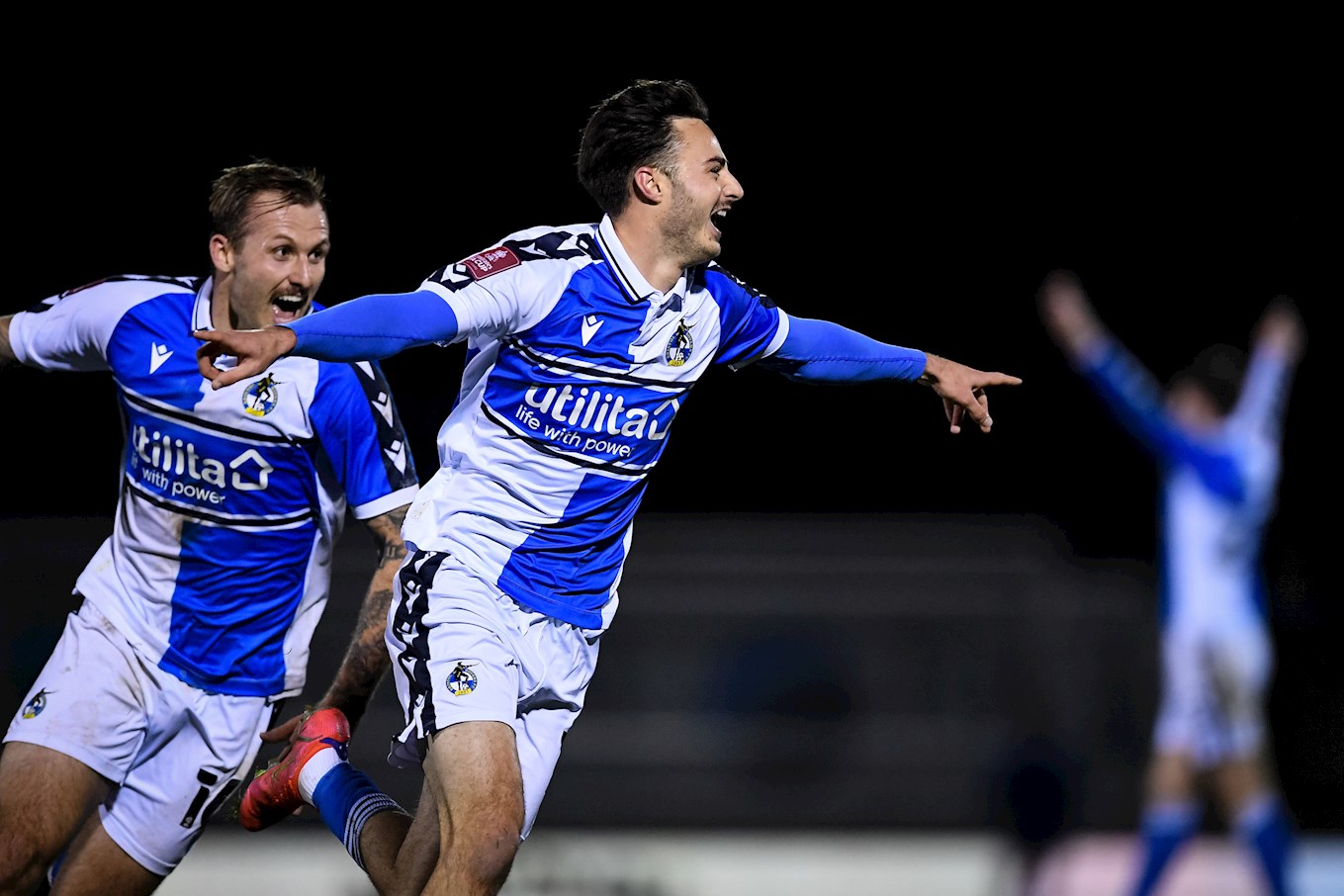 Three minutes later, it was absolute pandemonium at the Mem. Anderson looked for Grant in the Oxford penalty area but looked to have overhit his cross. Grant did brilliantly to keep the ball in play with a clever backheel where Spence ran onto the ball and smashed it into the net to send the Gasheads behind the goal and in the entire stadium wild. 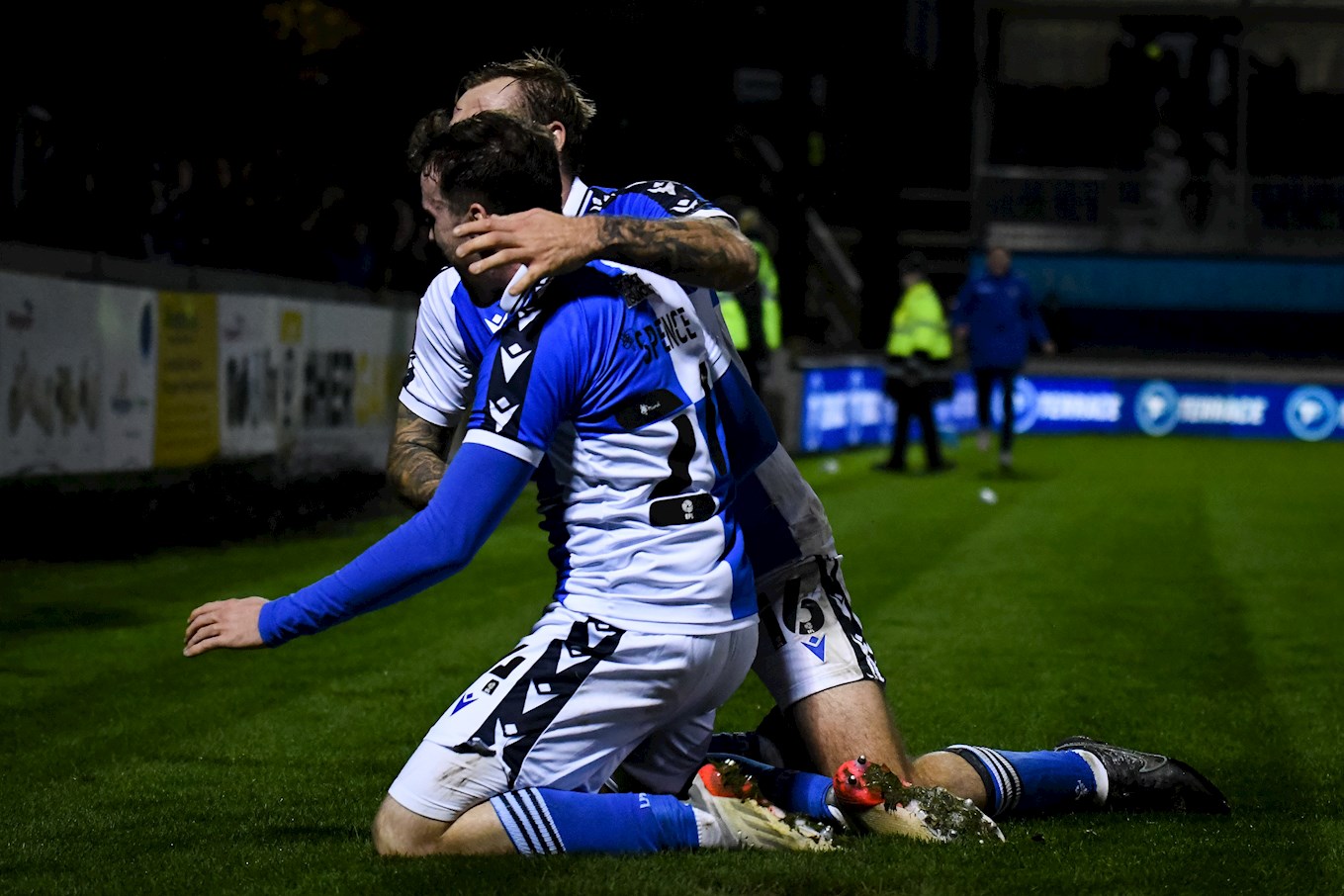 The win means Rovers now face Sutton United in the second round of the Emirates FA Cup. Second round ties will be played across the weekend of Friday 3 until Monday 6 December.

Ticket information for our Emirates FA Cup first round replay against Oxford United at the Mem.

Tickets are now on general sale.

The winner of the tie will face Sutton United at home in the Second Round stage.

Tickets for this fixture can be purchased HERE with online sales available up until KO.

On the day ticket sales