All the pre-match info ahead of our Sky Bet League Two clash against Swindon Town this weekend.

Rovers travel to the County Ground to take on former Rovers boss, Ben Garner's Swindon Town this Saturday at the earlier kick-off time of 1pm. Swindon defeated Rovers in the reverse fixture at the Mem by three goals to one and this weekend's meeting is a chance for the Gas to make it three wins in a row in the league.

The game on Saturday is set to surpass the 10,000 threshold. This now means that supporters are LEGALLY required to comply with the Government's 'Plan B Protocols' in order to gain entry into the County Ground on Saturday lunchtime.

Supporters over the age of 11 will not be permitted entry unless they present one of the following:

A Proof of vaccination

(We recommend that you also bring a paper copy of the COVID Pass and NHS emails or texts with you in case of phone or network failure.)

Ben Garner's Swindon Town head into the game against the Gas off the back of a 1-3 away win against another former Rovers boss Darrell Clarke's Port Vale. Prior to that last victory, Swindon had lost two games in a row, albeit one of those losses was at the hands of Premier League leaders, Manchester City in the Emirates FA Cup. Their previous loss in the Sky Bet League Two was against Mansfield Town which ended 3-2 to the home side. 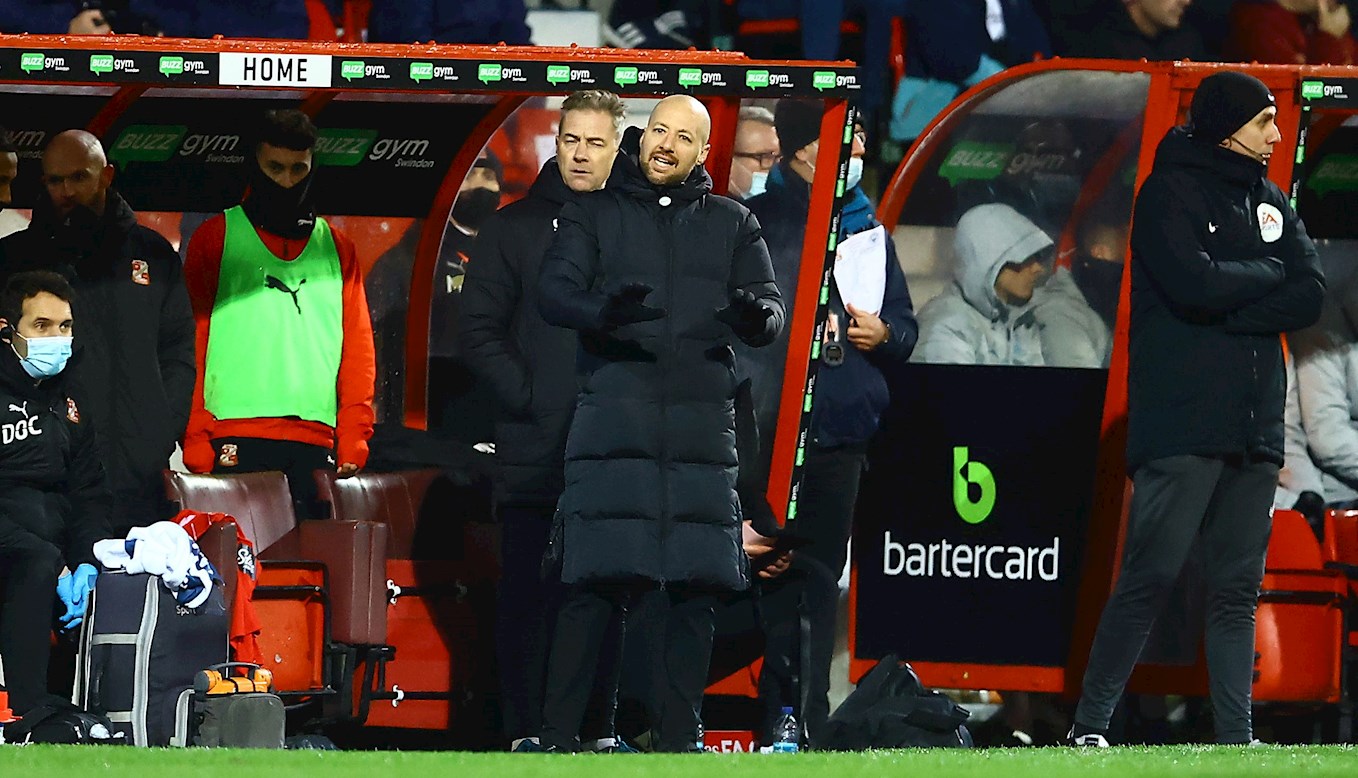 Swindon Town's top goalscorer this season is Harry McKirdy who has a return of 10 goals and four assists in his 16 games in the Sky Bet League Two so far this campaign. Jack Payne is second in the goalscoring charts for The Robins this season having scored eight goals in 21 league games. 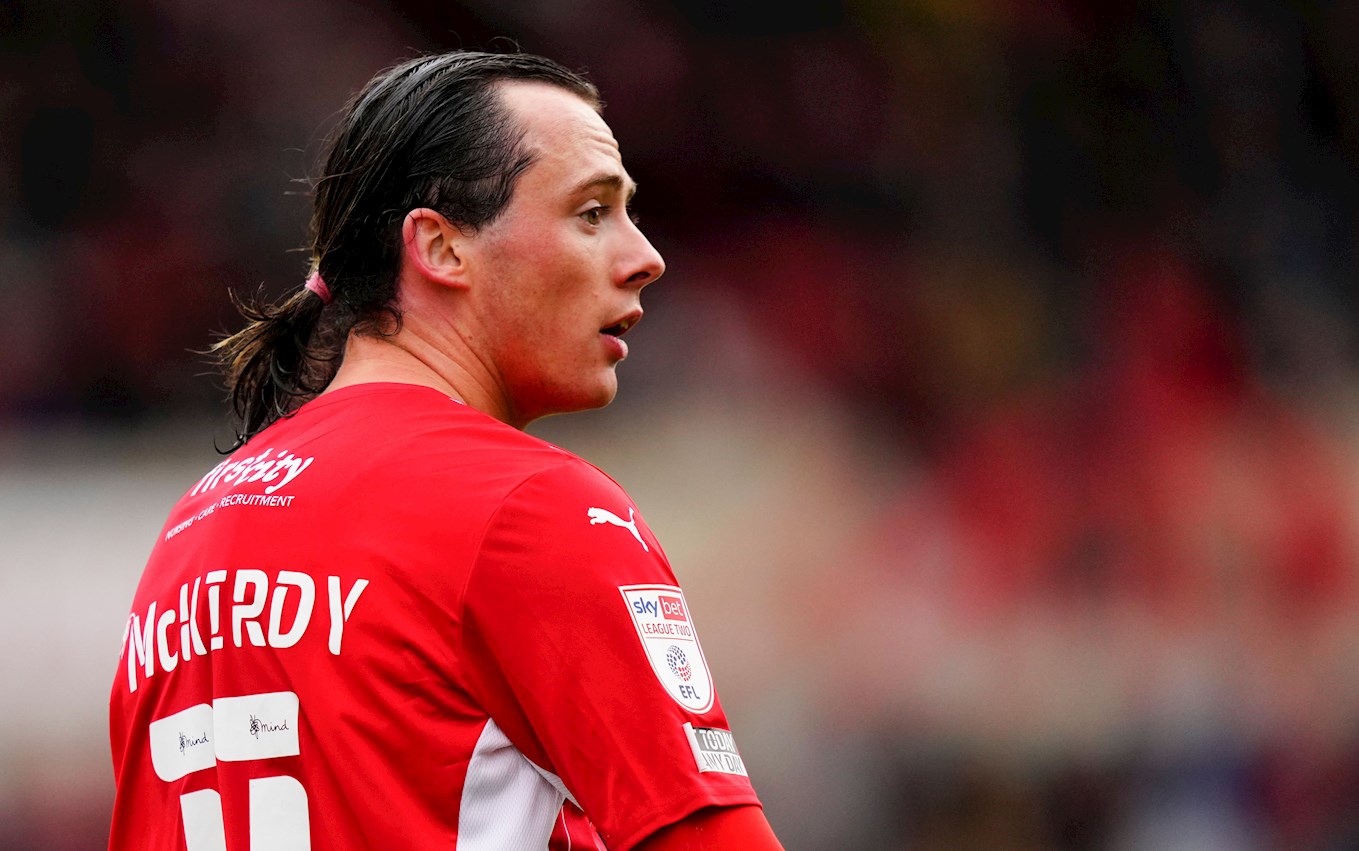 For Bristol Rovers fans, Bar 71, Swindon Town's own Away Fans Bar, will be open from 10:30am for our fans making the short trip from BS7 on Saturday. 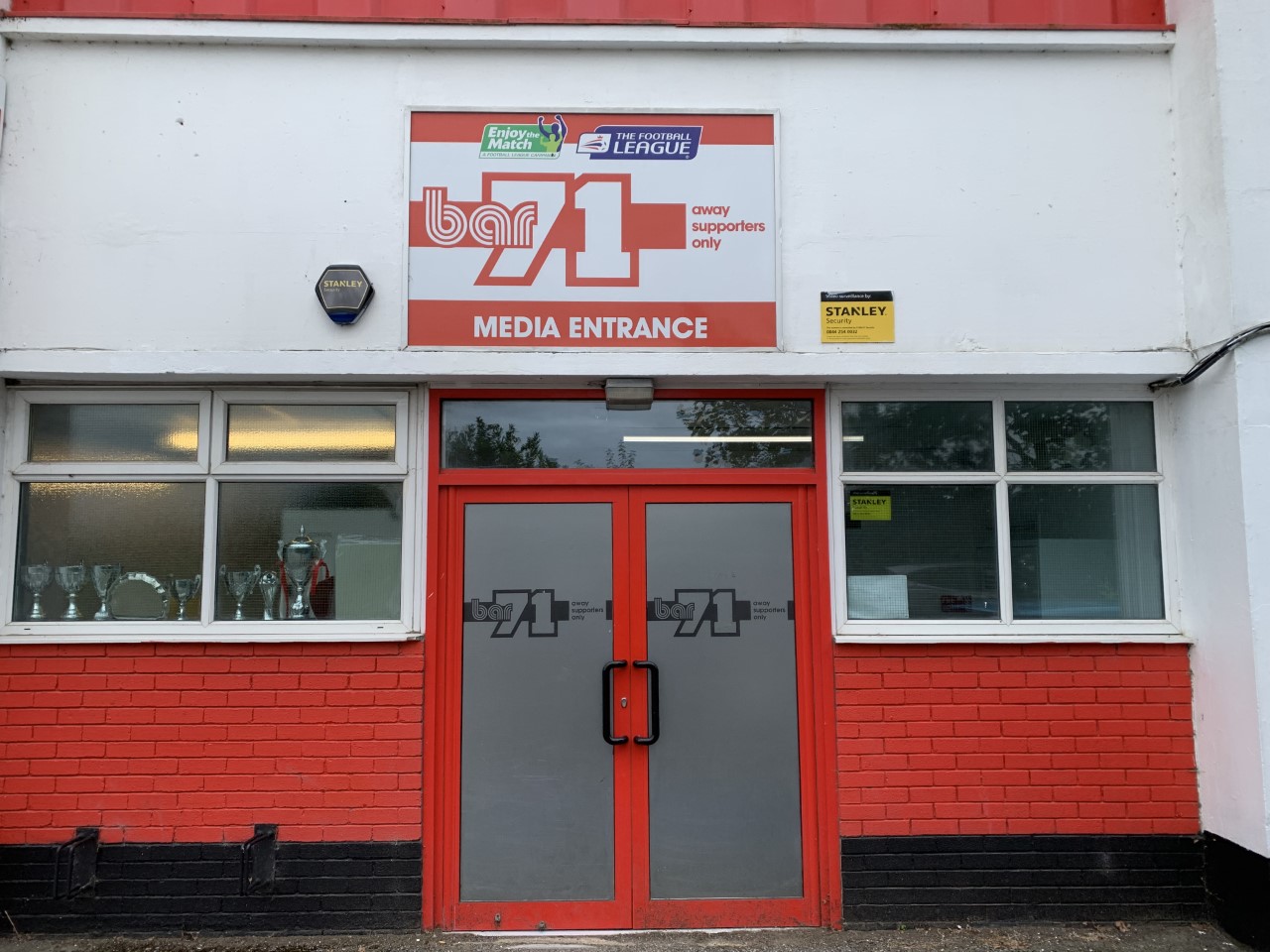 There are two designated pubs where Gasheads can gather prior to the match on Saturday. Please note, these pubs are for AWAY FANS ONLY:

Please note, both The Savoy and the Sir Daniel's Arms will NOT be allowing away fans this Saturday.

Tom Nield is the man in the middle for Saturday's encounter. This season, Nield has officiated seven games in the Sky Bet League Two. On average, Nield gives out 22.14 fouls per game in the league this season. Nield also averages 4.43 yellow cards per 90 minutes this season. 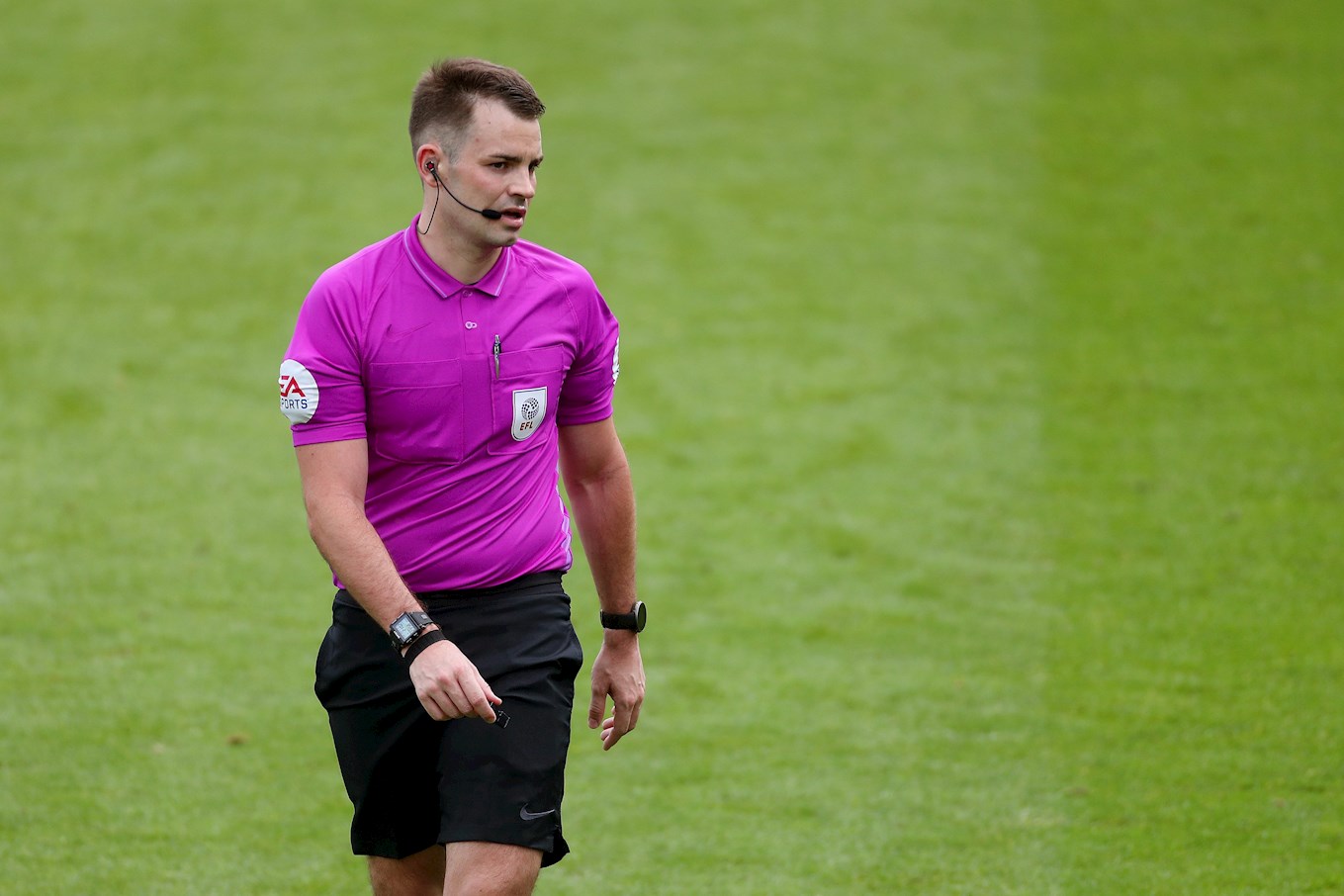 EFL sponsors, Sky Bet have priced Rovers at 5/2 for the win on Saturday lunchtime. Rovers can also be backed at 10/2 to win the game 1-2. On the goal-scorer markets, Aaron Collins is priced at 15/2 to open the scoring on Saturday. Luke Thomas can be backed at 14/5 to score at any time in the match. 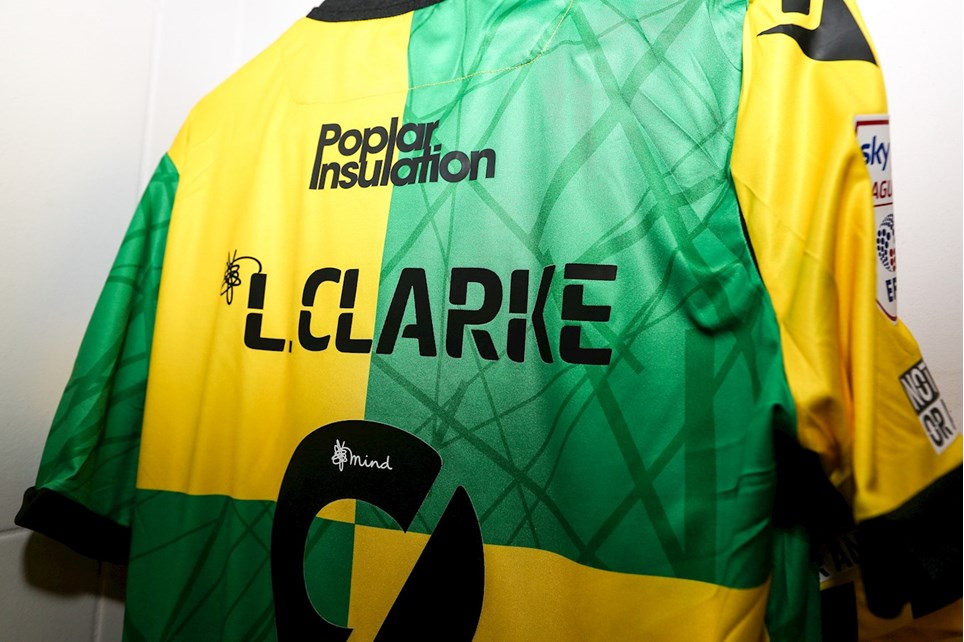 
The team news is in for today's clash at The County Ground. 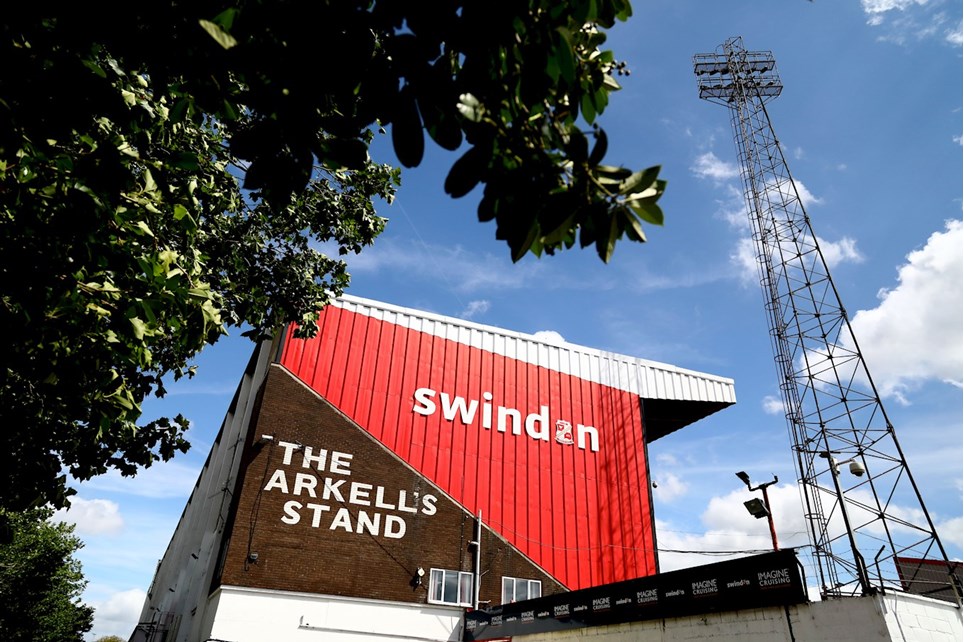 
We can confirm that the kick-off time for our clash against Swindon Town has been changed.

The spoils are shared in Swindon

A goal that was claimed by Aaron Collins, Sam Finley and Connor Taylor saw Bristol Rovers secure a deserved point at Swindon in the division's early kick-off.

Boss Joey Barton made three changes to the side that beat Hartlepool at The Mem last week. In came Hoole, Connolly and Finley for Kilgour, Anderson and Harries. There was also a return to the matchday squad for Leon Clarke. 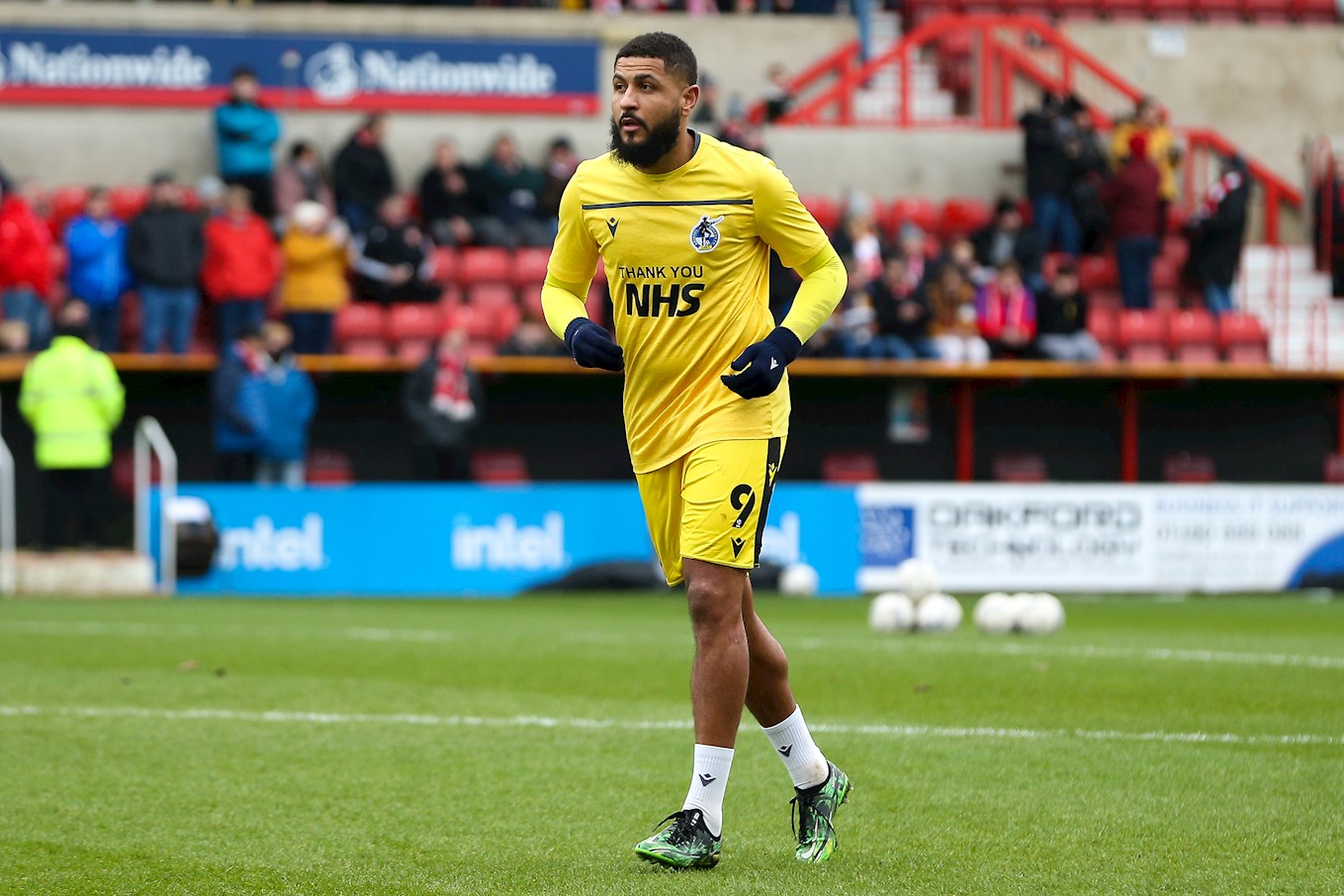 After a bright start from the hosts, that saw a shot from Gladwin fly over the bar, it was Rovers who had a great chance to score after just nine minutes. Superb work from the in-form Aaron Collins down the right saw Ryan Loft inches away from opening his Gas account as he slid in at the back post.

Collins then picked the ball up a minute later after Rovers had dispossessed Gladwin in the centre-circle, but the number 10 dragged his shot wide of Ward's right-hand post.

Out of nowhere, Simpson picked up a loose ball in the 16th minute and curled a left-foot shot wide of Belshaw's diving frame and into the bottom right-hand corner of his net.

Simpson almost turned provider three minutes later as his low cross from the right was scrambled away by the Rovers defence, with the dangerous McKirdy lurking near the goal.

Connor Taylor was shown the game's first caution for a tackle on Simpson as the hosts' number 9 threatened to break clear on the halfway line.

Rovers forced their first corner of the afternoon after 28 minutes. It was cleared but Williams then slid in late on Evans to give the away side a free-kick thirty yards from goal. Evans took it himself but Taylor's header was easily gathered by Ward.

In the 31st minute, Sam Finley was booked for a crunching tackle on Williams. Luca Hoole then won Rovers another corner and this time Evans' delivery was cleared to Finley and his cross was over Taylor's head, but Collins was on hand to flick the ball home.

It was no more than Rovers deserved as they had been enjoying a good spell of possession since falling behind. Loft was next in referee Nield's book in the 39th minute after a late challenge on O'Brien.

Collins then broke down the right from a beautiful crossfield Finley ball but his lay-off to Evans was blocked by the Swindon defence. As the half drew to a close, Rovers had a free-kick on the left after Nicholson was hauled to the floor. Evans whipped it in, but it was cleared.

The second half began with a chance for Nicholson, but his low drive was claimed by Ward. At the other end, Simpson was flagged offside as the game continued apace. The 54th minute saw the tackle of the season as skipper Coutts and Swindon's Reed contested a 50-50 that must surely have been heard back at The Mem.

Swindon's Iandolo was cautioned for a late tackle on Nicholson, before Ryan Loft broke into the box on the hour mark, but his first touch just took him away from goal and his cross was cleared.

Swindon had two efforts at goal in the 66th minute. First, Simpson curled an effort just wide from twenty yards, before strike partner McKirdy's shot from a similar position was collected by Belshaw in the centre of his goal.

Collins then won The Gas a corner after the ball was given away by the Swindon defence. Evans' delivery was launched clear and McKirdy picked it up in an advanced position; a fine block from Hoole snuffed out the danger.

Skipper Paul Coutts was booked for a tackle on Williams, who was spending more time on the floor than on his feet.

Rovers had a four-on-three breakaway in the 75th minute, but Odimayo's last-ditch tackle just thwarted Nicholson. The Gas were exerting some pressure and Evans' drive was deflected behind for a corner in the 81st minute.

Joey Barton made the game's first substitution in the 84th minute as Thomas replaced Collins up front as Rovers looked to claim all three points in front of their travelling army of 2,473 fans. There was a welcome injury-time return to action for Leon Clarke, as the number nine replaced Nicholson, and surprisingly not for the bandaged Loft, who had been felled by Conroy.

Swindon had a last-gasp chance to snatch it but Reed's free-kick sailed straight into Belshaw's midriff. There was just time for Hoole to be booked and then Loft to be replaced by Anderson, before Nield brought an end to a pulsating affair at the County Ground.

Next up for the Gas is a mid-week journey to Scunthorpe United on Tuesday (19:45pm KO).


The team news is in for today's clash at The County Ground.


We can confirm that the kick-off time for our clash against Swindon Town has been changed.

A further 302 tickets have been made available for this fixture. Fans will only be able to purchase these bonus tickets by calling Swindon Town's Ticket Office from 10am on Thursday, 20th January. You can aquire your ticket by calling 0330 002 1879.

Members (Club members and Supporters Club members) will be able to purchase tickets from 10am on Wednesday, 12th January 2022.

Subject to availability, general sale tickets will then be available online and in-store from 10am on Friday, 14th January 2022.

Remaining tickets will also be available in-store from 10am - 1pm on Saturday, 15th January before our home game against Hartlepool United. Please be aware, that CARD ONLY payments will be accepted.

Fans wanting to buy future home game tickets will still be able to from the ticket office before the Hartlepool game.

The initial allocation of tickets for this fixture is 2,494. 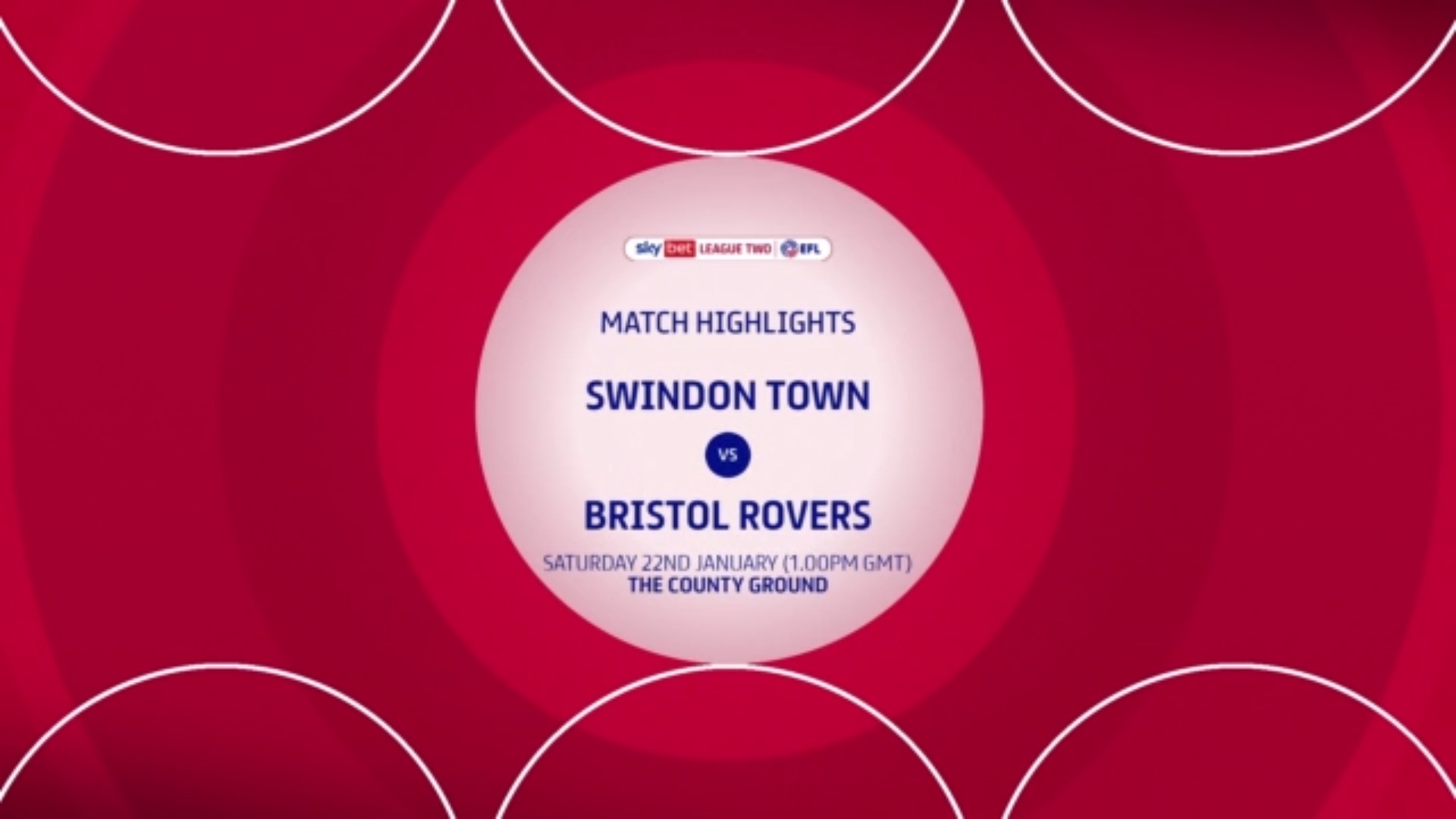 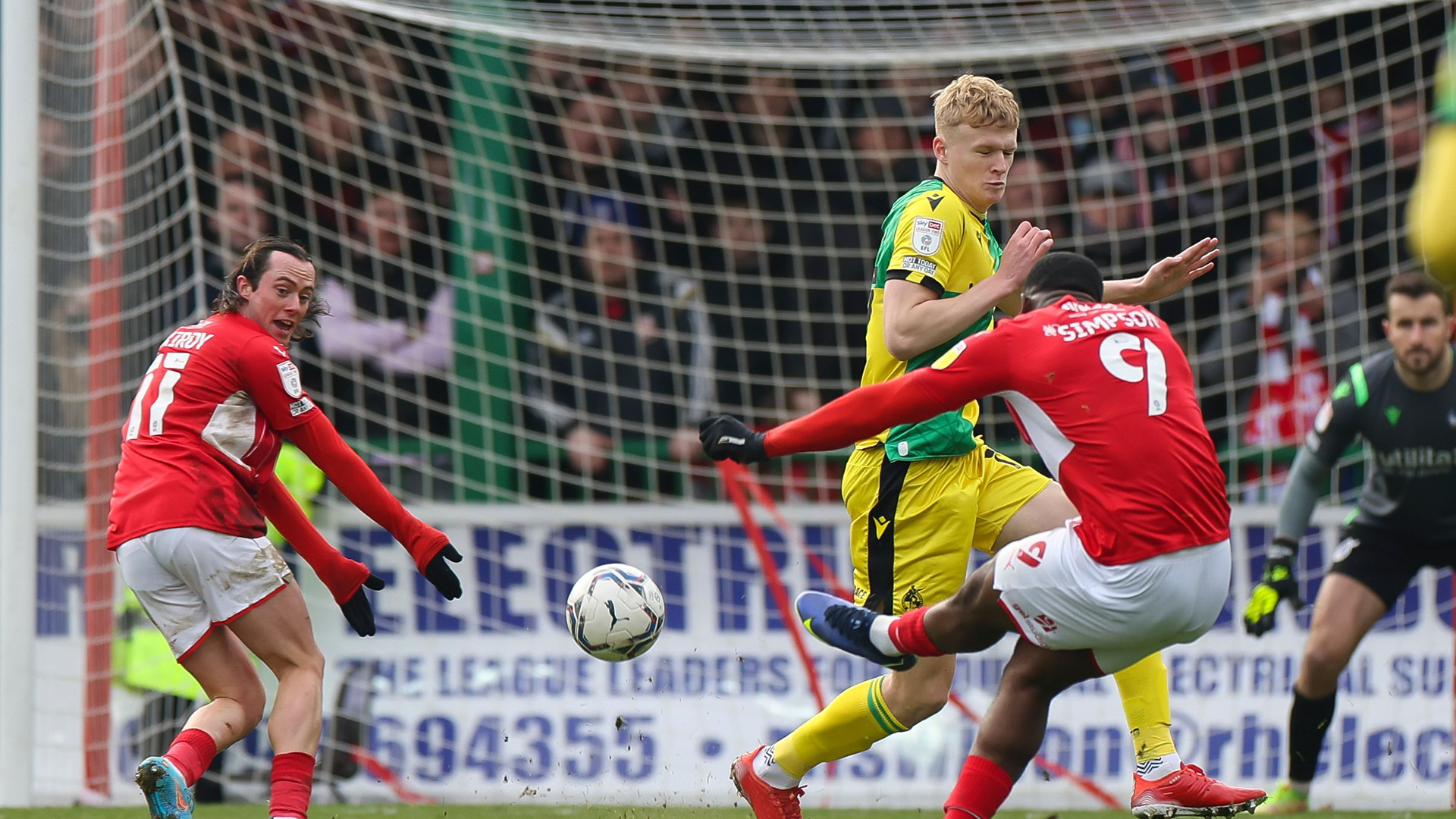