Our mid-week fixture at Scunthorpe United will be shown live on iFollow! 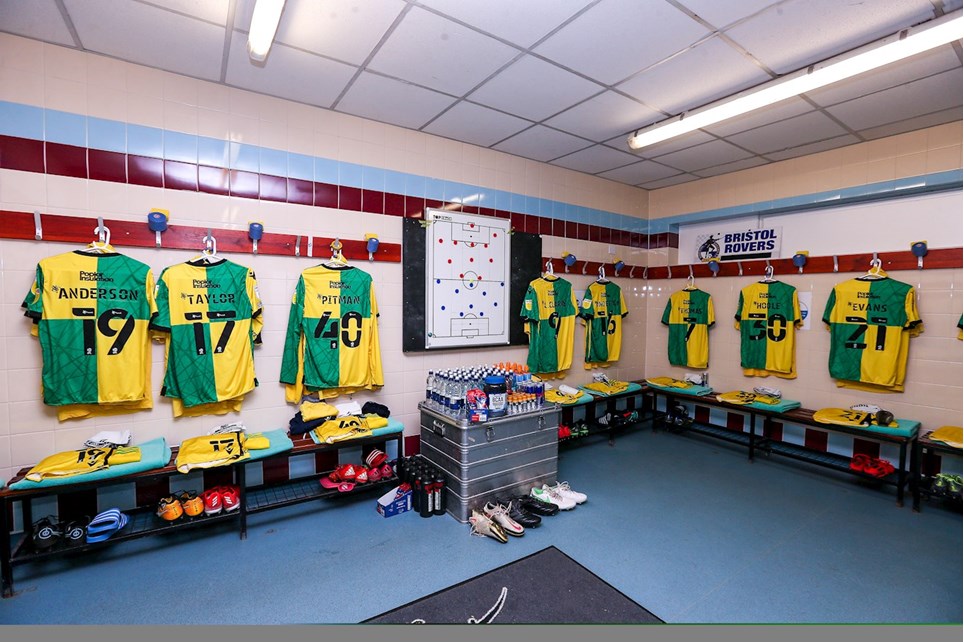 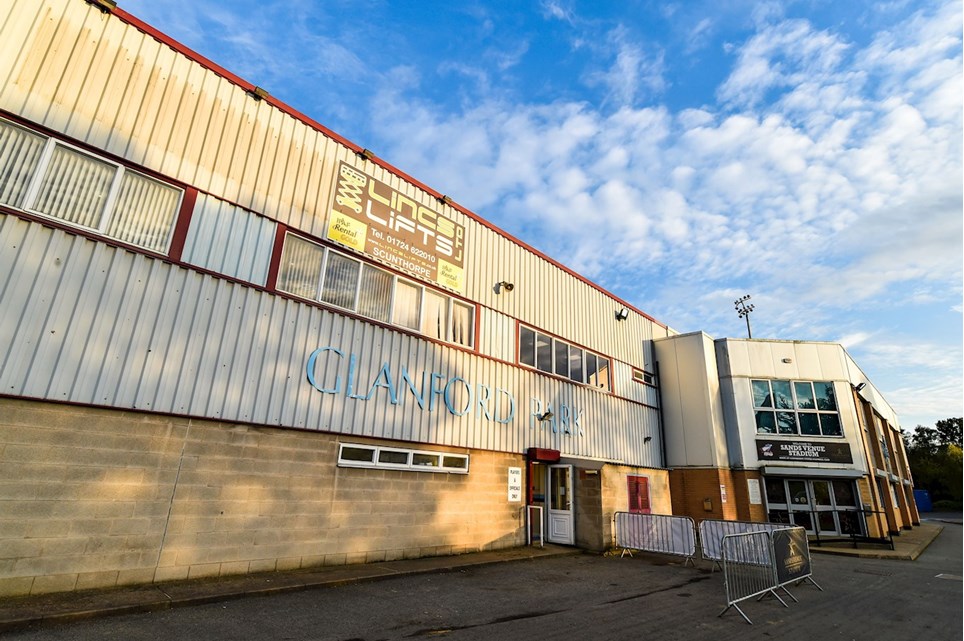 
This weekends Sky Bet League Two fixture against Scunthorpe United has been postponed.

Goals from Josh Grant, Leon Clarke and an Antony Evans penalty ensured Rovers enjoyed their trip up North, despite a late, late rally from Scunthorpe.

The match was only seconds old when Belshaw was clattered by a late challenge as he raced from his area to clear the ball. The Iron's Harry Wood was rightly shown a very early yellow card.

Rovers will have been wishing VAR was a League Two fixture when it looked like an Antony Evans piledriver in the seventh minute was blocked by an arm of a diving Scunthorpe defender; referee Backhouse waving away protests.

The Gas were controlling the early exchanges and looking to exploit the ball over the top to the pacy Collins and Thomas, who was restored to the starting line-up in place of former Scunthorpe man Ryan Loft. 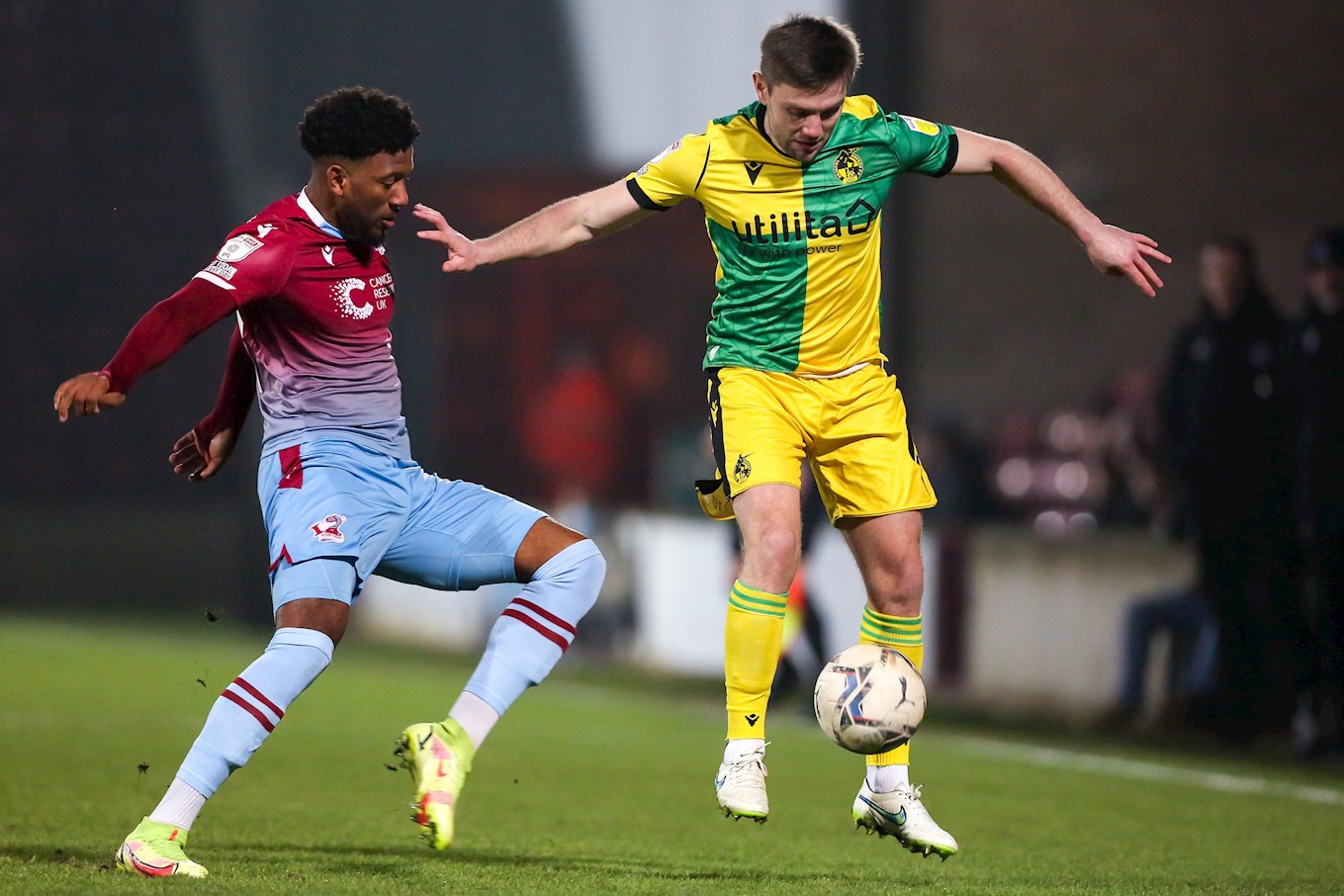 Belshaw had to be alert to gather at his near post in the 15th minute as a specualtive effort bobbled alarmingly in front of him.

Collins set up Nicholson for a shot from twenty-five yards two minutes later, but his effort flashed wide of Watson's right-hand post.

It was panic-stations in the Rovers defence after half an hour, with Coutts clearing after Burns threatened to set up the opener. From the next phase of play, Josh Grant picked up Rovers' first booking of the evening after a late challenge on Matheson.

There was another appeal for a handball in the Scunthorpe area as good control from the tricky Luke Thomas led to his shot being blocked.

Nicholson was inches away from connecting with a cross, but the Rovers number 11 chased down the ball and crossed for Josh Grant to fire home after 35 minutes.

Nicholson was then thwarted by good goalkeeping from Watson after being played in by a fine Aaron Collins ball, before Finley spurned a golden opportunity to double the lead, firing wide after a cheeky Collins backheel.

A minute later, a flowing Rovers move culminated in Finley's shot being tipped round the post by a flailing Watson. Rovers were enjoying a purple patch but couldn't find that second goal that their dominance warranted.

As the half drew to a close, Scunthorpe won a corner on the left-hand side; Wood's delivery was cleared by Collins and The Gas could retreat to the dressing room to escape the bitter North Lincolnshire air.

Rovers began the second-half proceedings attacking their travelling support, many of whom were there thanks to the generosity of chairman Wael al-Qadi, who had provided free coach transport.

Luke Thomas let fly with a vicious left-foot strike and only a deflection prevented it from nestling in the top right-hand corner of Watson's goal. The corner came to nothing, but Rovers' intent had been laid bare.

Hoole then had to backtrack and concede a corner, which James Belshaw gathered easily at his near post.

Thomas, who was having an impressive return to the starting line-up, was giving Lewis a torrid time down the right.

Collins then fired home but was adjudged to be offside, but thankfully the second goal wasn't much longer in the making.

Home skipper Taft fouled Evans in the box to give The Gas a chance to double their lead. Evans himself took the ball and emphatically sent Watson the wrong way to make it two-nil in the 61st minute.

Anderton replaced Grant in the 63rd minute, before Collins nearly got the goal his overall play deserved. The forward effortlessly took down a long ball, rolled away from the advancing Watson and clipped an audacious effort onto the roof of the net.

Connolly had to be on his guard to defend a break from Burns and concede a corner. The delivery was met by Taft, who diverted his header just over Belshaw's bar.

Rovers were soon back on the attack and yet another Collins effort - from a fine Thomas pass - bobbled just past the left-hand post. 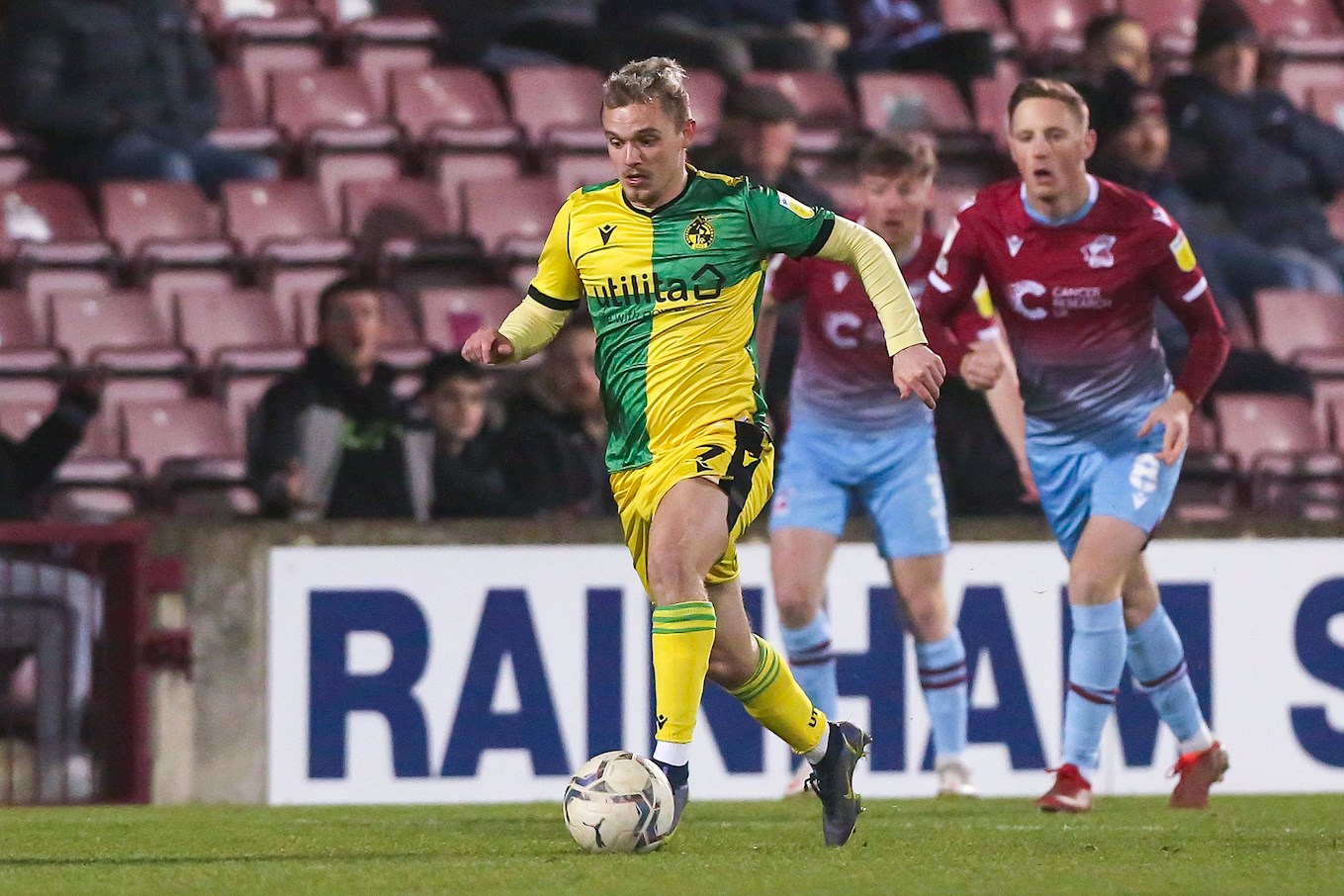 At the other end, Hippolyte flashed a right-foot shot wide of the target as the home side struggled to fashion a worthwhile effort.

Yet another chance for Collins went begging, as he dragged a left-foot shot wide when clean through just moments after being joined up front by Leon Clarke, who replaced Finley.

Great play from Thomas deep in his own half released Collins down the right flank, but the move broke down.

Leon Clarke made it 3-0 in the 77th minute as he latched onto another superb Thomas pass, rounded 'keeper Watson and rolled it home.

Next to enter the arena was Brett Pitman, replacing Collins who, on another night, could have bagged himself a hat-trick, at the very least.

Scunthorpe then grabbed themsleves a lifeline in the 89th minute as Burns scored after Wood's flick had hit the post.

Then just two minutes later, Burns scored his second to ensure a nail-biting finale. The striker, who had worked tirelessly all night, fired home across Belshaw and into the right-hand corner.

Rovers were reeling now and looked nervous every time Scunthorpe came forward. Thankfully, the clock wasn't on The Irons' side and the full-time whistle was met with more than a few deep breaths from the Gas faithful.

A third away win of the season sees The Gas move up to 13th place and within eight points of the play-offs.

Next up for Rovers is a home fixture with Walsall on Saturday 29th January, kick-off 3pm.


This weekends Sky Bet League Two fixture against Scunthorpe United has been postponed.

Ticket information for our away fixture in December against Scunthorpe United.

Tickets are now on general sale instore at the club's Superstore.

The club has received an initial allocation of 800 tickets for this fixture. 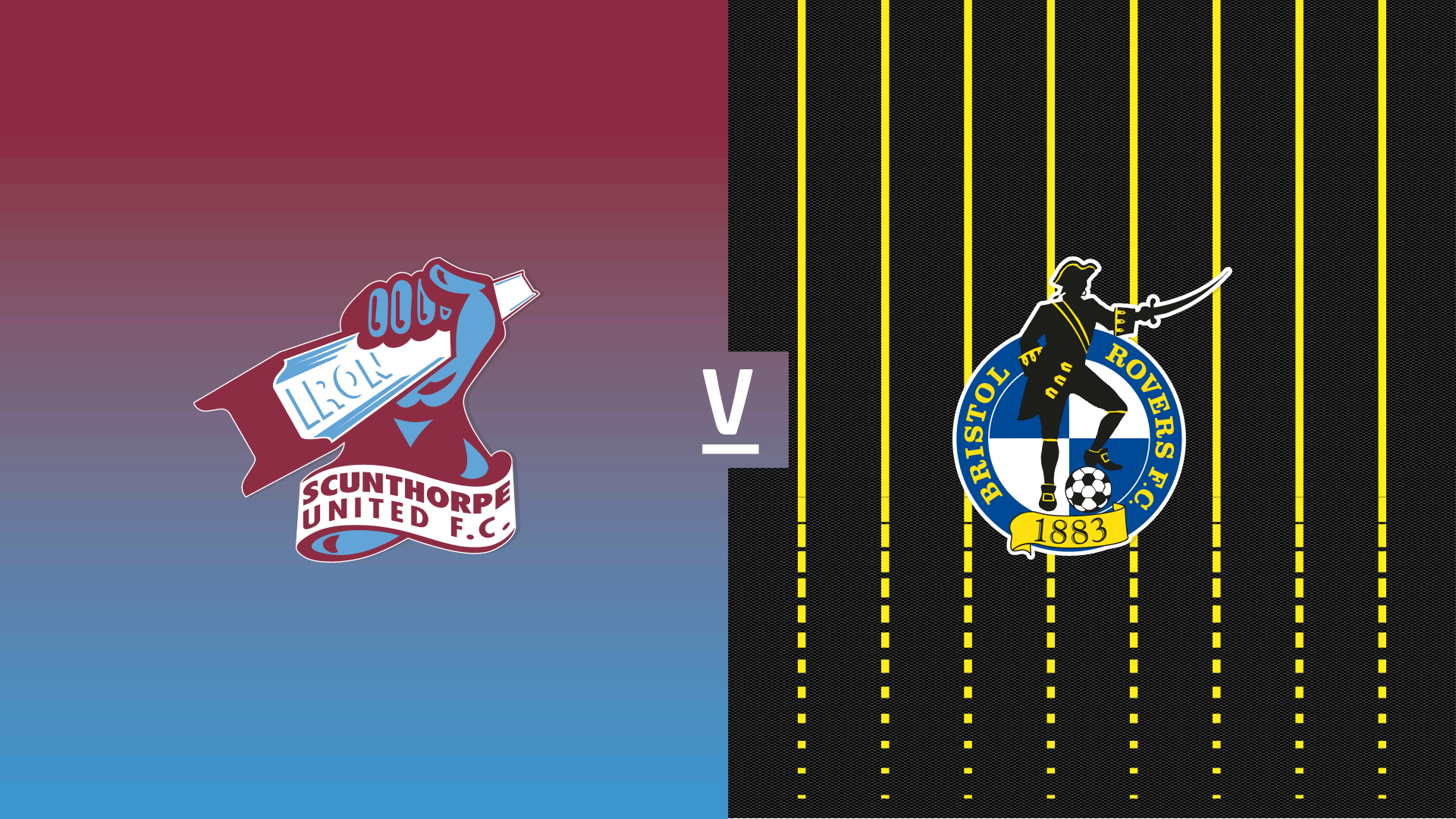 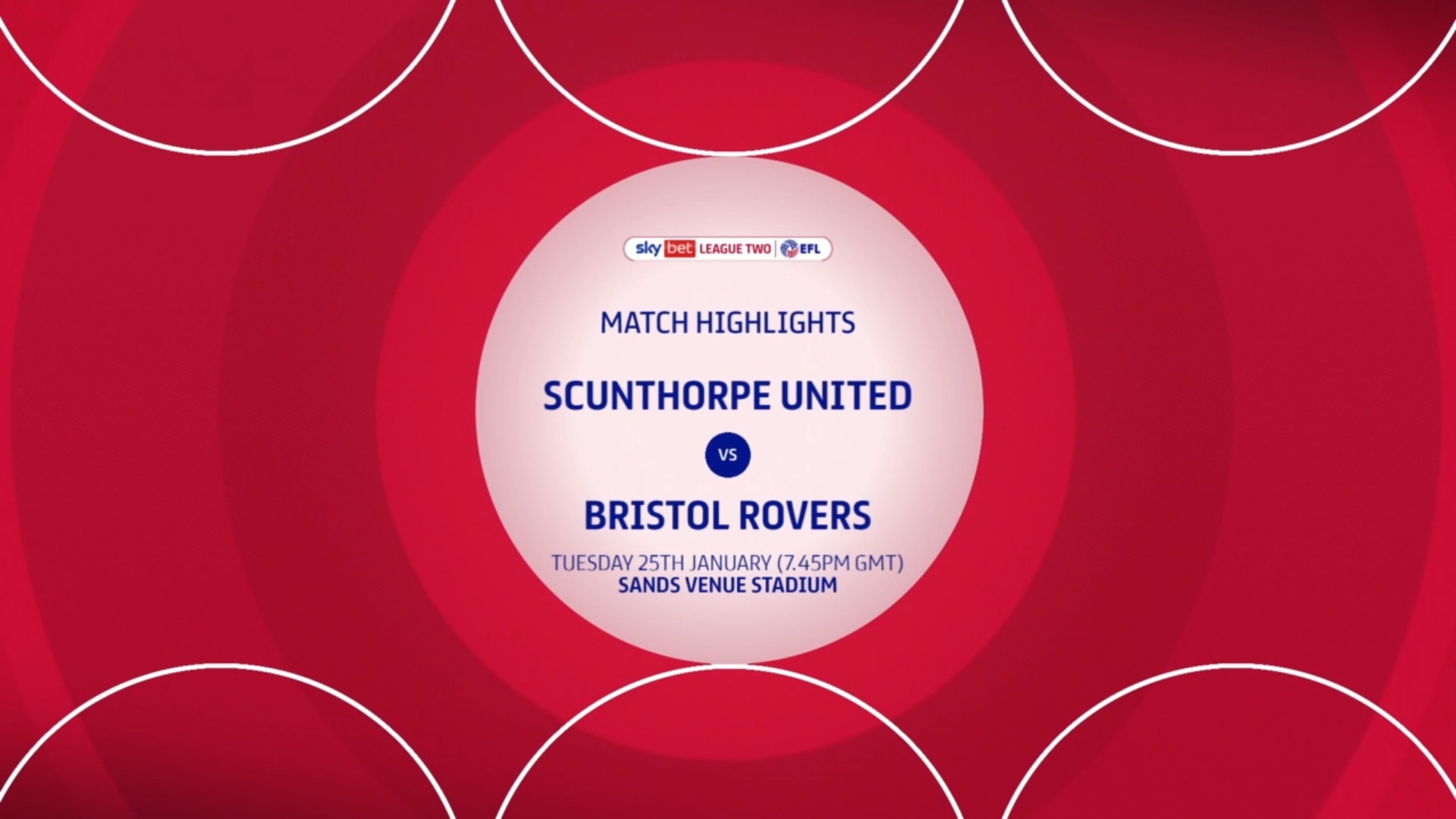 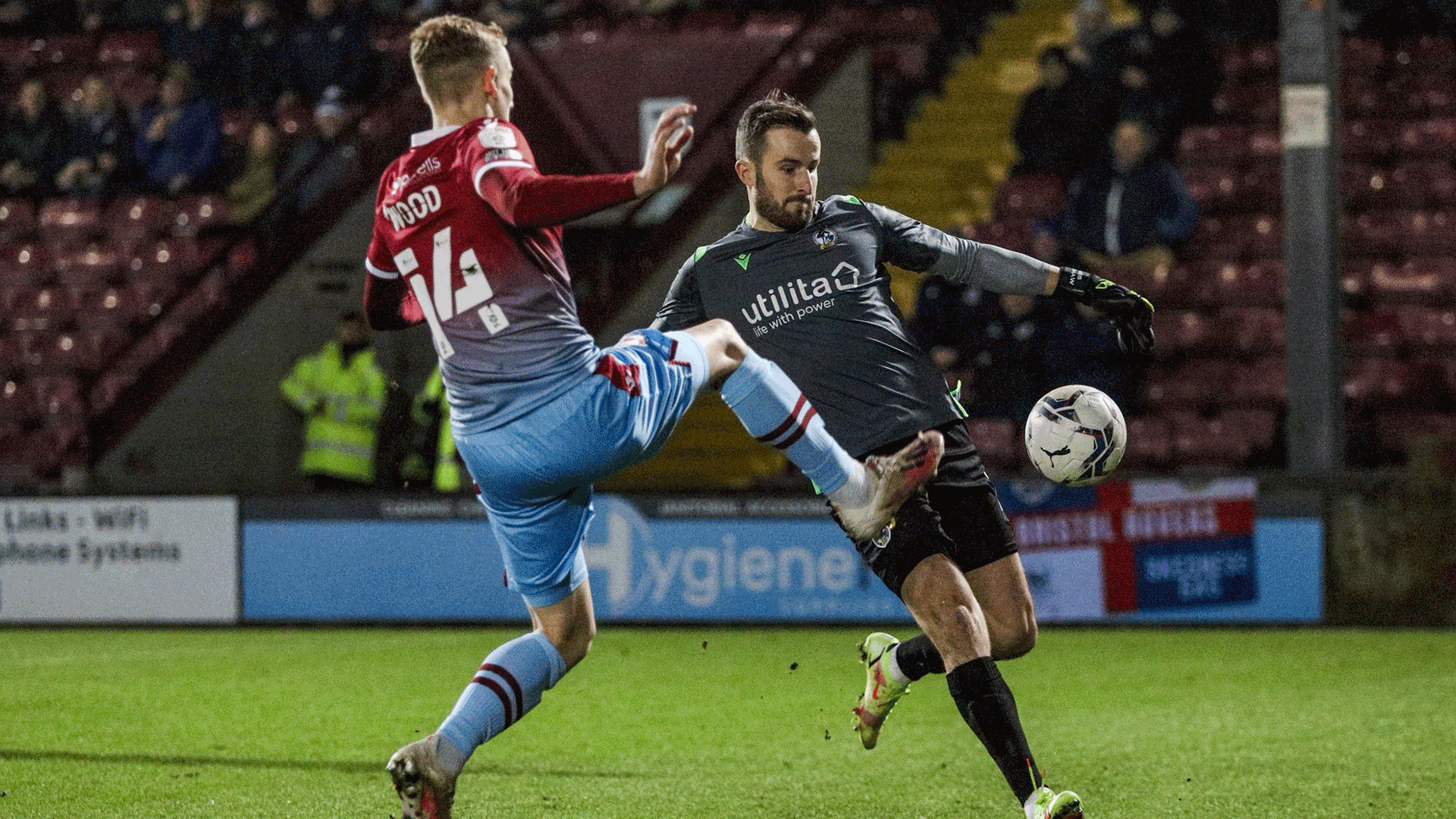