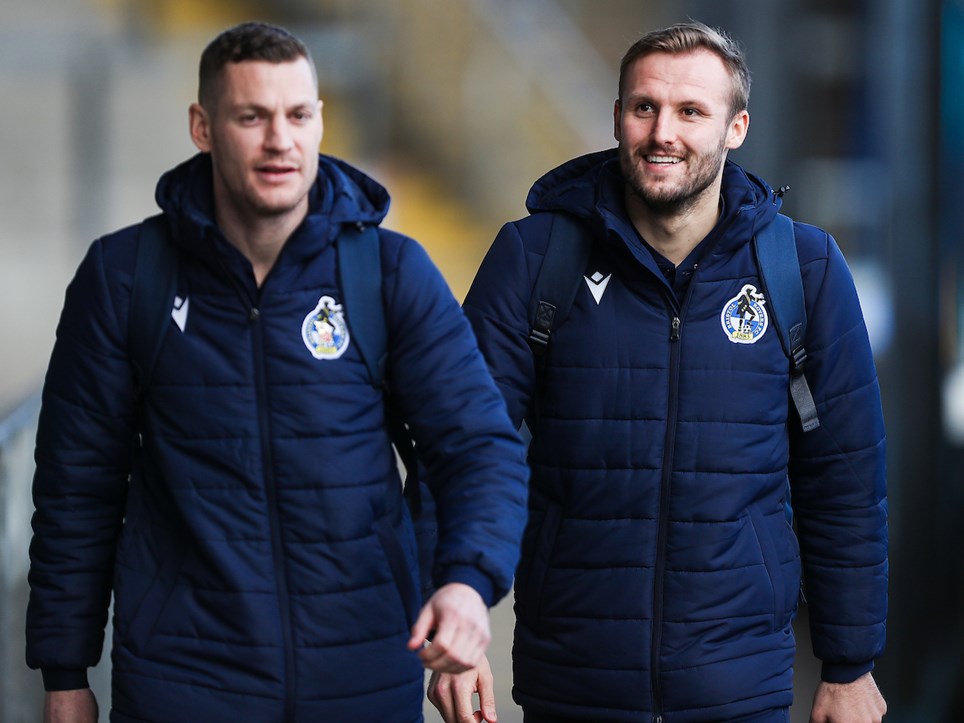 Rovers are held to a draw by Exeter City at The Mem.

Rovers started the game with the same XI that took to the field against Leyton Orient. Jon Nolan was named on the bench for his first matchday squad appearance.

The first chance of the highly anticipated clash fell to Aaron Collins who looked to meet Antony Evans' cross into the Exeter penalty area but the visitors were able to clear the danger despite claims for a handball from Rovers.

The deadlock was broken just before the 10th minute when Evans' low corner found the feet of Luca Hoole. The Rovers academy graduate was able to squirm the ball under Cameron Dawson in the Exeter net for his first professional goal in blue and white. 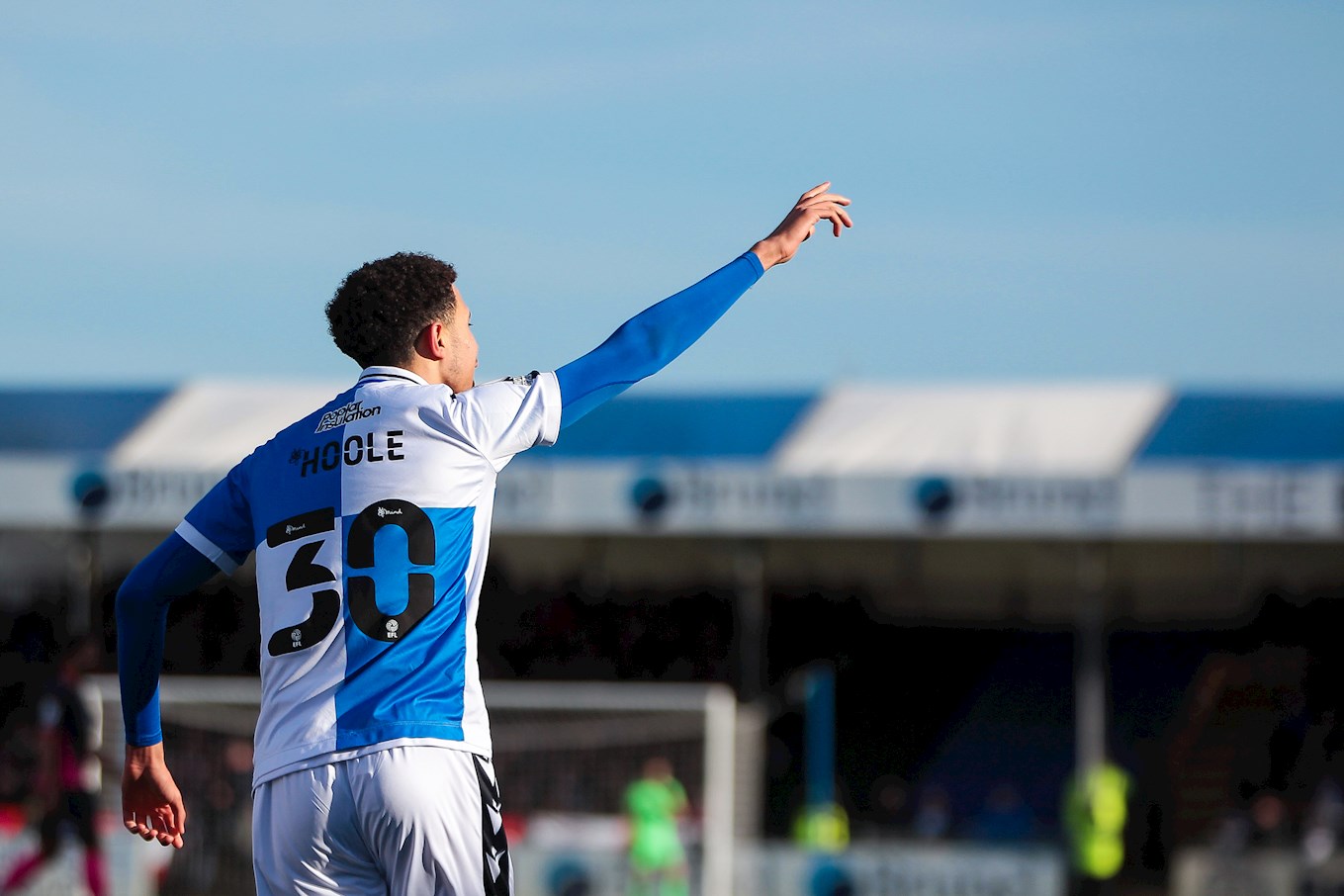 The Grecians looked to reply in the 20th minute after Josh Key was played in on goal and attempted to poke the ball through the legs of Belshaw. The Rovers 'keeper stood tall and was able to gather the ball much to the annoyance of the Exeter attacker.

The visitors drew level minutes later. Jake Caprice got to the byline and sent the ball back across the Rovers penalty area to fall at the feet of Exeter's in-form man, Jevani Brown who was on hand to fire the ball past Belshaw.

Luca thought he had scored his second of the game just after the half-hour mark. Another wicked corner-kick delivery from Evans' was sent towards the back post where it was flicked onto the crossbar. Luca then headed the dropping ball towards the goal where it appeared to have crossed the line but nothing was given by the match officials.

Ryan Loft entered the fray for the second-half action. The Rovers frontman replacing Sam Finley. Rovers started the second-half on the front foot. Elliot Anderson played in Nicholson on the right-hand side of the pitch and tried to lift the ball over the outcoming Dawson. However, The Exeter goalkeeper did enough to prevent the Rovers No. 11 from finding the back of the net. 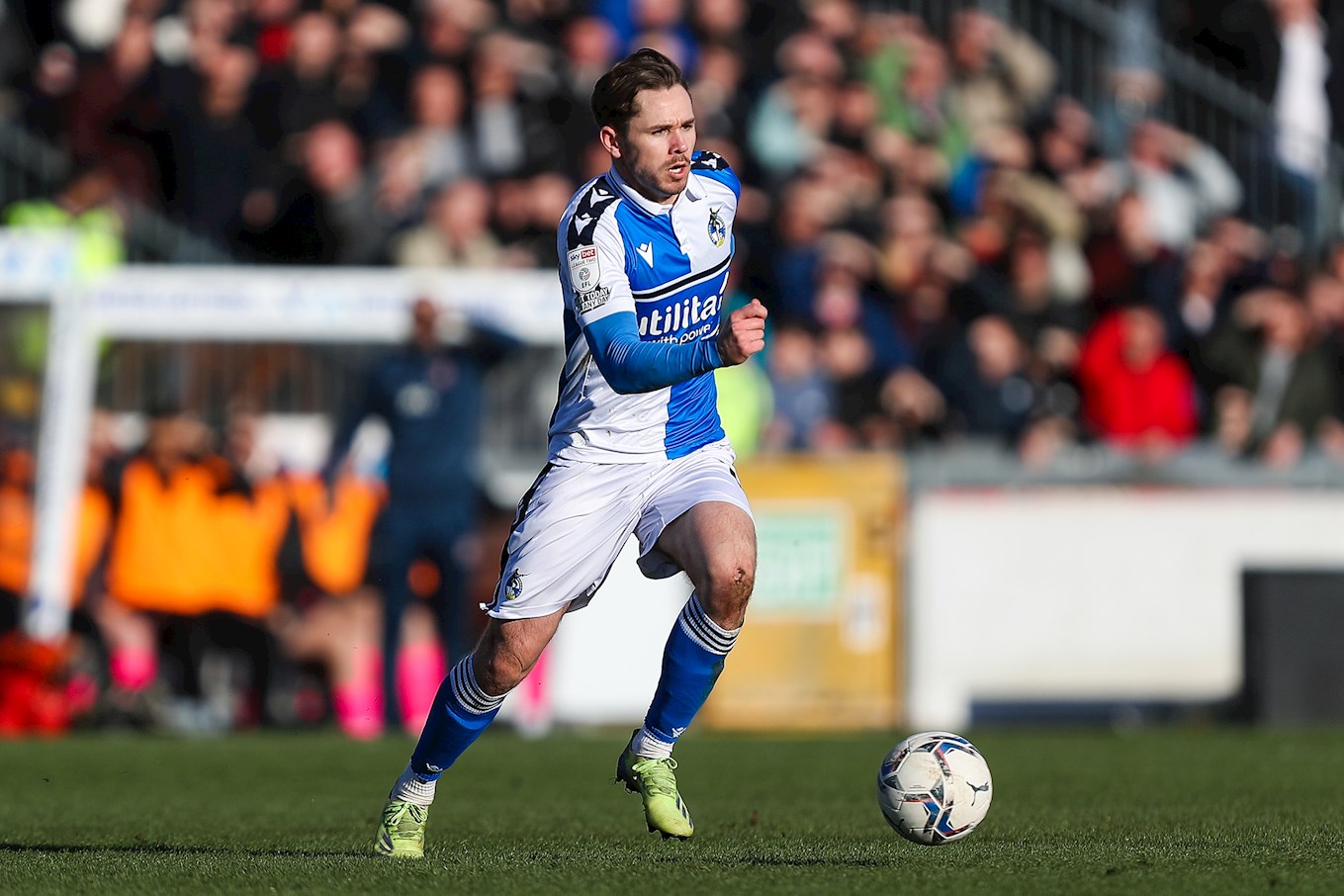 Loft was then involved straight away. Rovers' first January signing thought he had got the better of Diabate in the Exeter backline but was adjudged to have fouled the defender as he charged on Dawson's goal.

Exeter had a clear chance at taking the lead in the 69th minute. Brown's pass into the area found Exeter captain, Matt Jay who controlled the ball and dragged his effort just wide of Belshaw's right-hand post. The Gas had appeals for a penalty waved away by the referee, Peter Wright. Moments later Harry Anderson was played in on goal after a delightful flick from Aaron Collins. The Rovers No.19 looked to cut inside of his marker and shoot but wasn't able to get enough power behind his effort and the visitors were able to clear.

Jay had another sight of goal shortly after Rovers' goalmouth action. Played in by Brown he looked to fire his effort towards Belshaw's near post where the Rovers goalkeeper was at the ready to palm the ball behind for a corner-kick. Brown was involved in the action yet again after his bending effort clipped the top of the post and safely behind for a goal-kick.

As the game approached the 90th minute, the visitors looked to be in behind the Rovers defence. A last-ditch challenge by Paul Coutts was enough to see the ball roll behind for a corner kick to the visitors to BS7.

Jonathan Ground was shown the first yellow card of the clash in the 89th minute after pulling Nicholson to the deck. An additional seven minutes was shown by the fourth official and Exeter very nearly took all three points moments later. Jay rolled the ball out to Josh Coley who had the entire goal to aim at but placed his effort wide of the target.

Next up in the league for Rovers is the mid-week visit of Barrow to The Mem next Tuesday. (7:45pm KO) 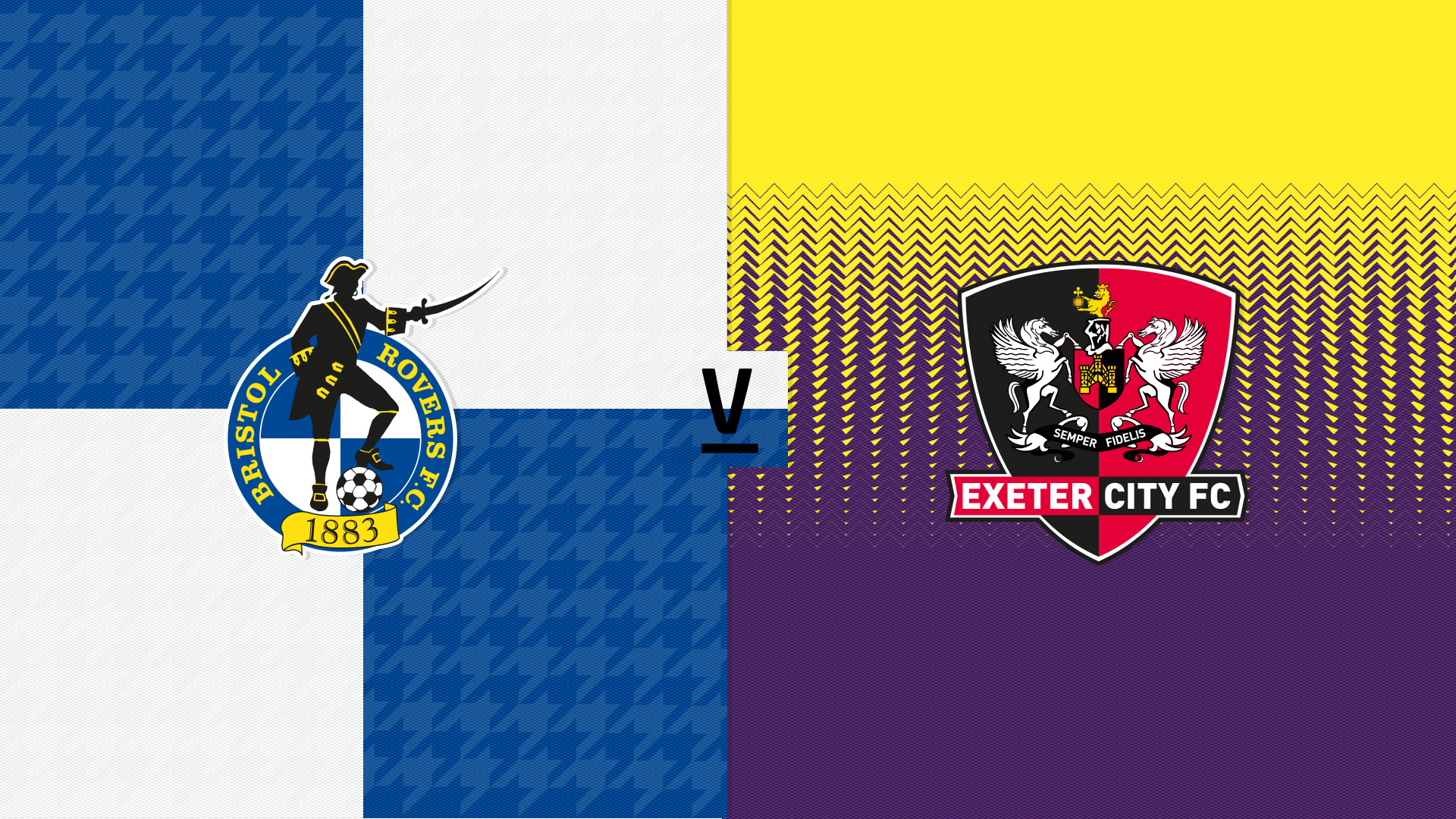 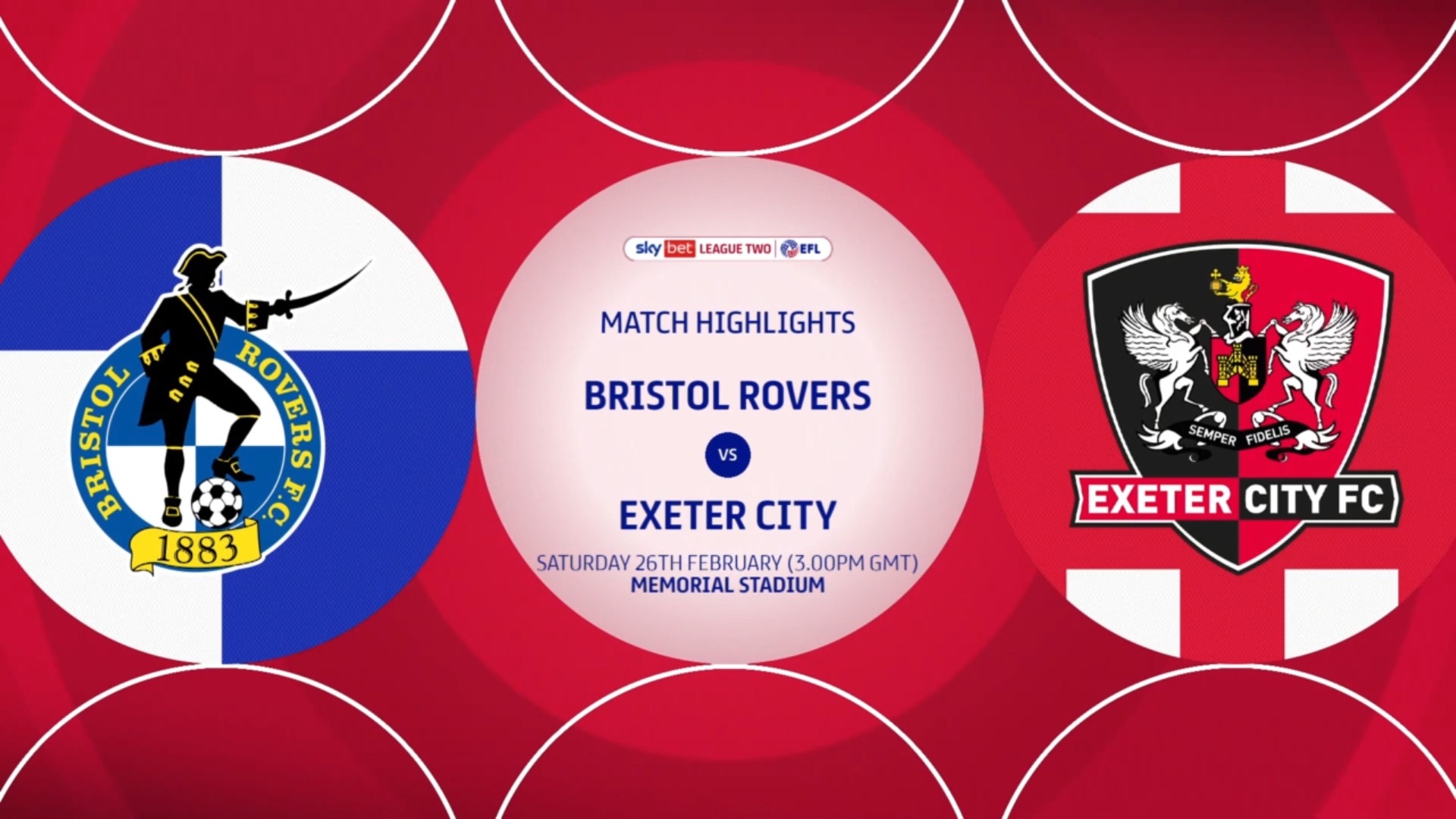 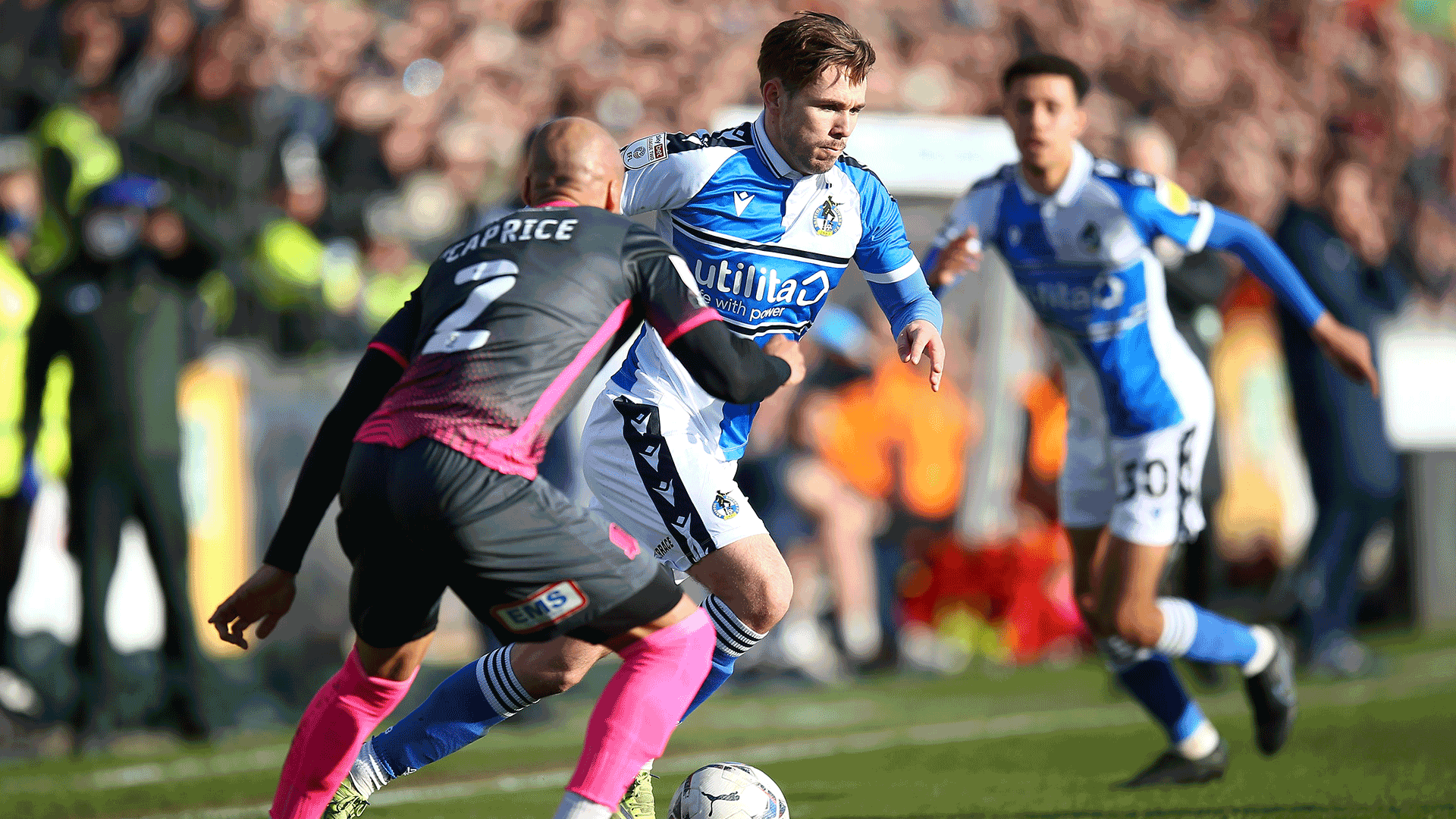