Rovers return from Rochdale with a point.

Sam Nicholson’s first Gas goal set Rovers ahead in the encounter inside the opening ten minutes, with winger getting the deserved reward for relentless pressing from Rovers. Still, with work to do, Nicholson buried a low finish into the bottom corner from the edge of the Rochdale area to put Rovers in front.

The home side drew level midway through the first half, as route one ball forward by McLaughlin was dispatched by Alex Newby.

In a goalless second half, Nicholson had the best chance for a winner, with a powerful strike from the Rovers man forcing Bazunu into making a save low down to his left, as both sides registered a point.

Rovers headed to Rochdale looking to make it three away wins on the bounce, an accomplishment not managed by a Rovers side since the 2015/16 campaign.

On that occasion, it was wins at Morecambe, Hartlepool and Mansfield that saw Rovers return a tally of nine points from three away trips, with Manager Ben Garner hoping to add the tally of six points secured on the road at Lincoln and Shrewsbury in recent weeks.

After a midweek defeat at the hands of the Tigers, there was a single change to the starting XI that had been unmoved in the five games leading up to Saturday’s trip to Crown Oil Arena.

The sole modification to the Rovers starting line-up saw Sam Nicholson introduced for his first start since our EFL Trophy fixture at Oxford, as the Scottish winger replaced Luke McCormick.

The home side included Matty Lund in their starting eleven, with the former Rovers man in fine form, following a brace in midweek against Sunderland.

Dale, who were enjoying a three-game unbeaten run before kick-off, opted to stick with the same team from their midweek draw.

Before the match got under way, both teams observed a minute’s silence for World Cup winner, Nobby Stiles, who sadly passed away this week. 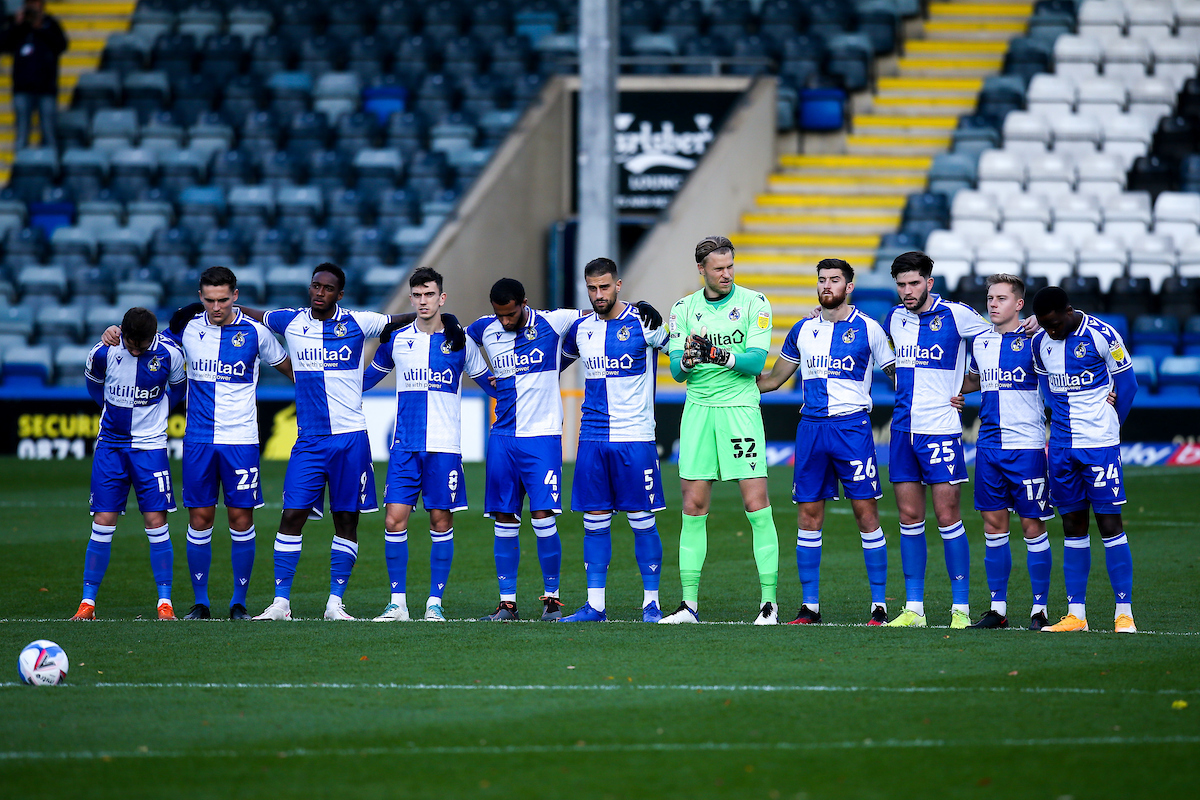 The autumnal conditions have an impact on the early proceedings, as both teams set about adjusting the blustery conditions.

Rovers settled the quickest and a set about asking questions of the Rochdale defence with David Tutonda launching a series of tricky crosses into the host's area.

On the front foot, Rovers were looking to press the home side high up the pitch, a tactic that had positive result inside the opening ten minutes, as Jimmy Ryan was snatched of possession inside the Rochdale half by Sam Nicholson. The winger was returned the ball by a cushioned pass from James Daly and darted towards the host’s penalty area. Hanlan set off on a run to draw space for the winger, who fashioned a powerful, low finish from the edge of the area that swept past Bazunu for the opening goal of the afternoon.

Nicholson’s strike meant Rovers have found the opening goal in their last four games, but they no time to rest on the slim advantage.

A goal behind, the hosts have an immediate chance to bring the scores back level. A set-piece in a handy position was lofted into the Rovers box where Jake Beesley headed narrowly over the crossbar.

The tempo of the first half saw both sides continue to find opportunities on goal. Nicholson had the chance to add to his goal tally when he dragged effort wide of the target on the turn, while Matty Lund took aim from range and saw Jaakkola make a comfortable stop from his effort.

The conditions may well have had a part to play in the home side’s equalising goal that came just shy of the half-hour mark. With time inside his own half, O’Connell launched a hopeful long-ball forward, with Jack Baldwin misjudging his header in an attempt to clear the danger. Newby was on hand to profit, waiting for the ball to sit before poking a first-time finish low out of the reach of Jaakkola.

With the first-half progressing, Rovers had to be alert to threats from the home side. Aaron Morley tried a speculative effort from a wide position, with a curling attempt aimed towards the Rovers goal that glanced off the crossbar.

Rovers looked to restore their goal advantage as the break approached and were awarded a set-piece when Nicholson was tripped inside the Rochdale half. Westbrooke’s cultured delivery from the set-piece picked out Harries, who aimed a looping header towards the target that crept wide of the far post.

In the minutes before half-time, the hosts mounted a final chance of the first-half, as Rathbone aimed a side-footed effort high and wide of the Rovers goal.

Nicholson continued to be an outlet for Rovers in the second half and after a prolonged spell of neat build-up play in the minutes after the interval, the winger saw his effort from outside the area blocked inside the Rochdale penalty box.

O’Connell had a sight on goal, as the Rochdale skipper was picked out by a clipped ball into the box by Morley, but couldn’t finish at far-post under the pressure of both Baldwin and Jaakkola.

Much like the first forty minutes, the game enjoyed a stream of plausible chances at both ends. Bazunu was forced into action, as the Rochdale ‘keeper had to tip a useful effort from Westbrooke around the post on the hour-mark.

As the final twenty minutes approached, both teams continued to commit men forward in a bid to grab a winning goal.

A late chance for Rochdale saw substitute Keohane cut inside from the right and swerve an effort high and wide of the Rovers goal, with the two teams forced to settle for a share of the points.

It’s a quick turnaround for Rovers, who now prepare for the visit of Peterborough United to the Mem on Tuesday, before a trip to Walsall in the Emirates FA Cup next weekend. 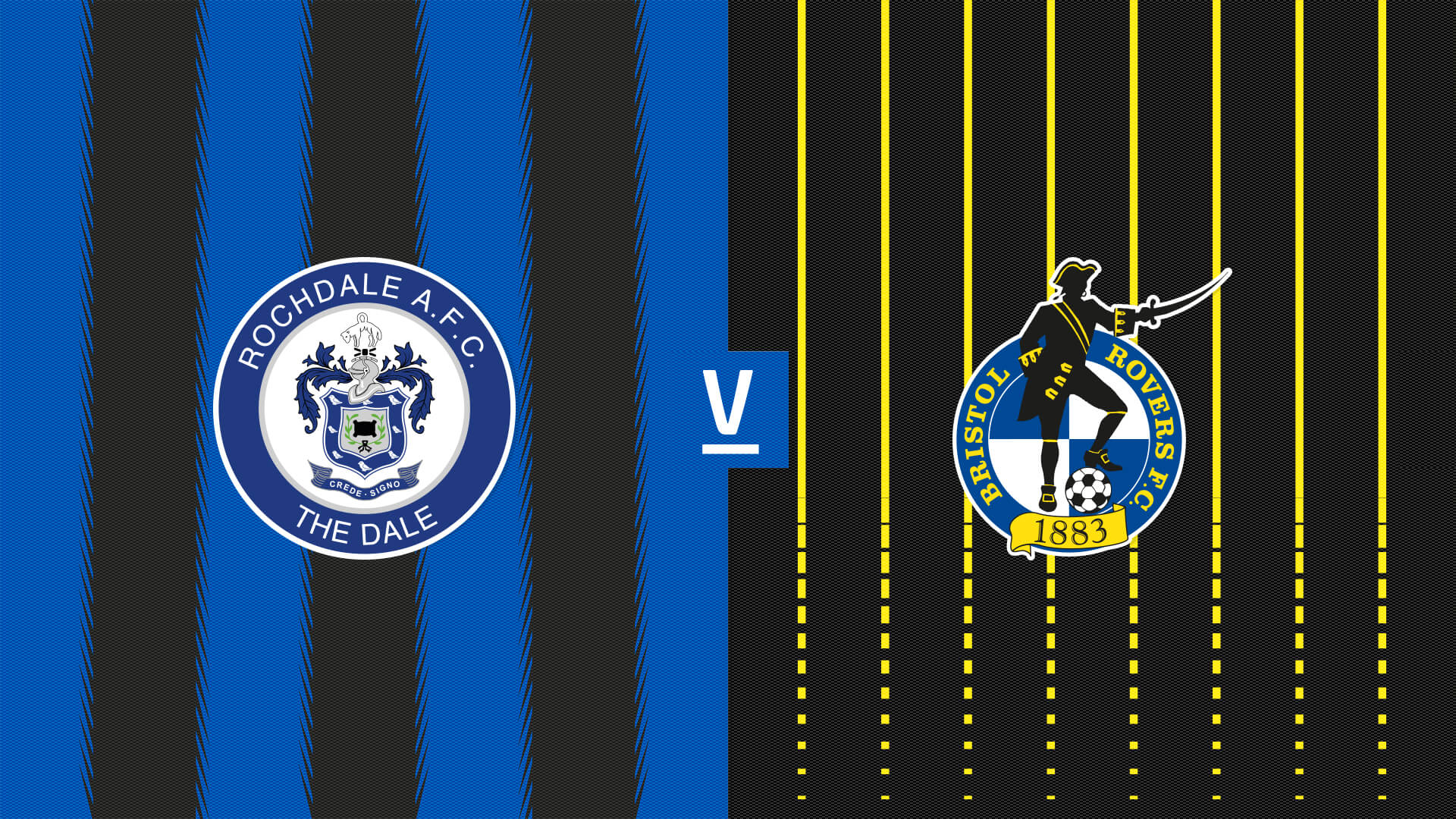 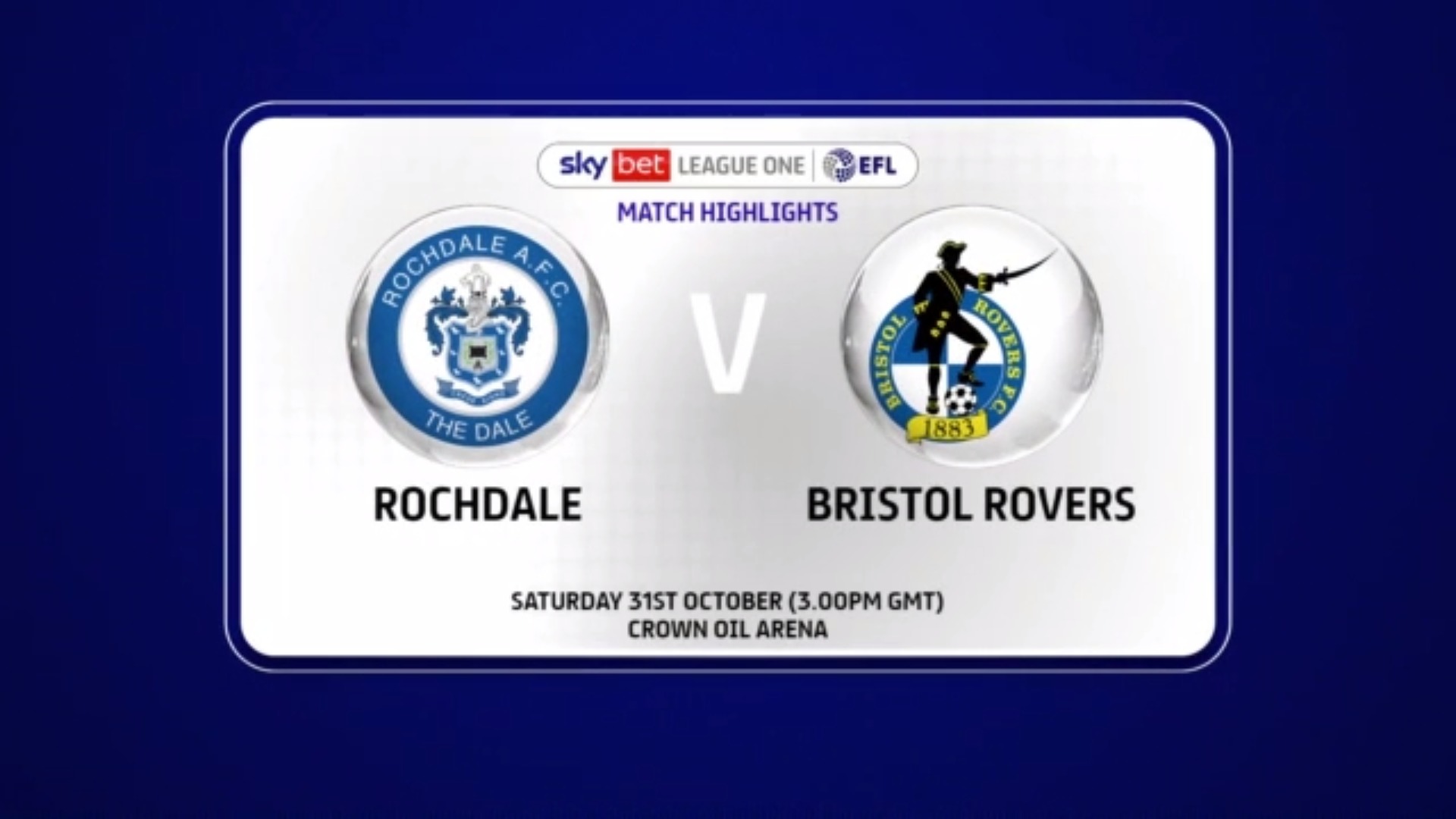 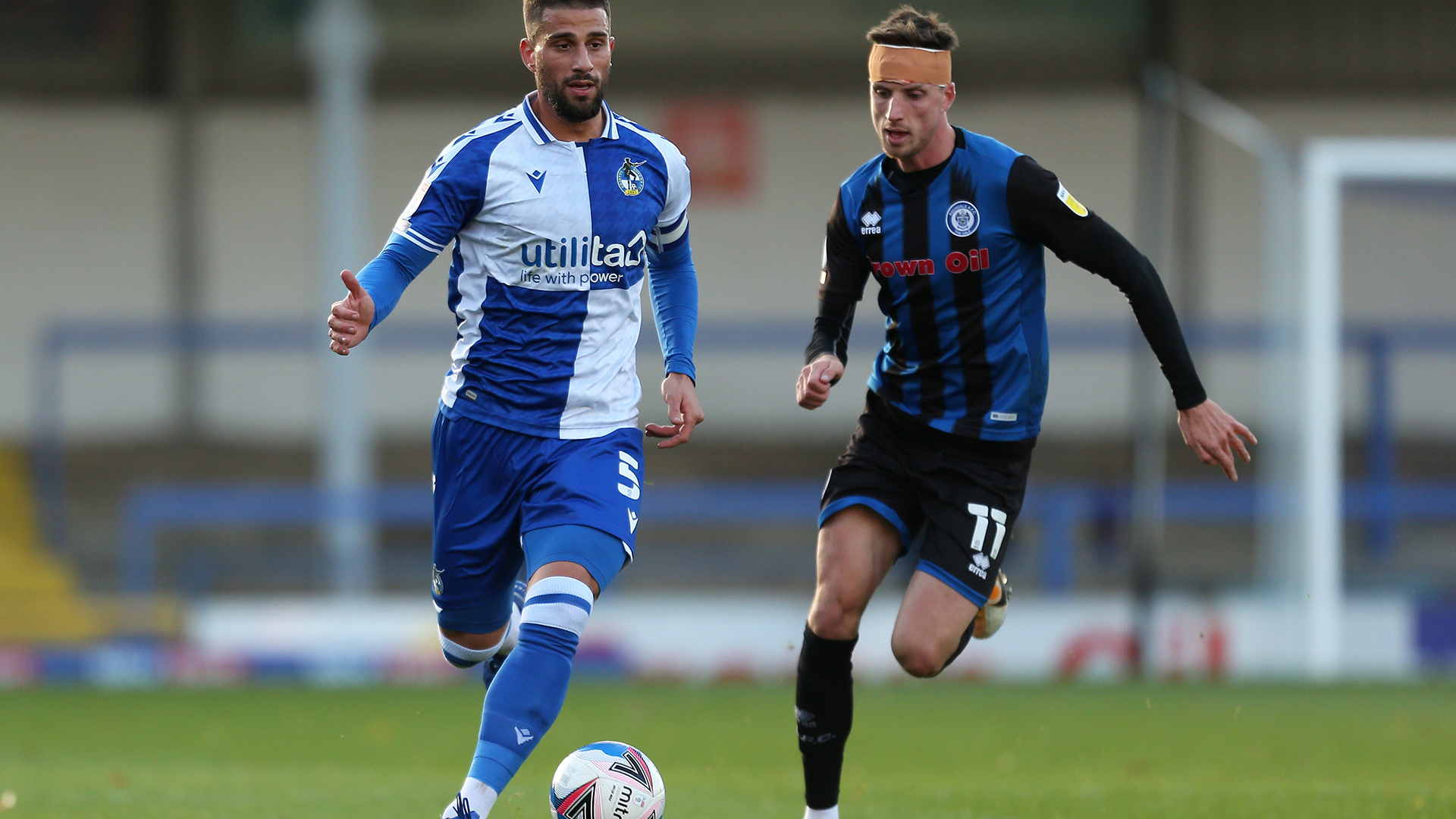