Check out our match preview ahead of our FA Cup 2nd Round tie against Darlington!

FA Cup fever is back in town this weekend as the Gas host their first game in this campaign's FA Cup journey - they saw off Walsall at the Banks's Stadium in the first round, to set up a tie against non-league Darlington in the next stage.

Both sides will meet on Sunday at 1.30 pm having won 2-1 in the previous round, with Darlington dispatching League One side Swindon Town at the County Ground. 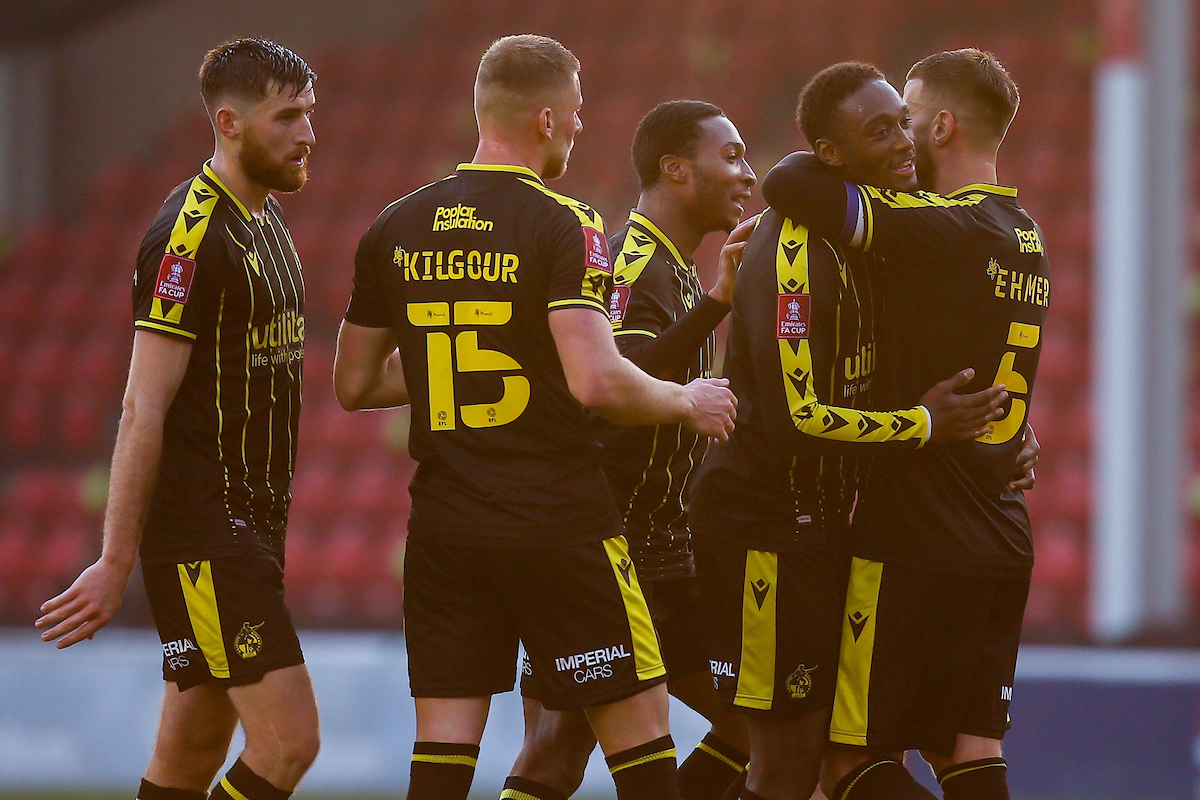 Paul Tisdale took time to chat with the media on Thursday ahead of his side's Sunday afternoon clash with Darlington, catch his full interview in the story below.

Jack Baldwin, a scorer in the 1st round of the FA Cup, reflected on his personal feelings towards the competition when he spoke to the press ahead of the game, saying, "Over the past few years, people have been saying that perhaps it has lost its shine, but as a player, there's certainly still something special about the FA Cup.

"Personally, I have scored a couple of goals in the FA Cup and it's a great feeling, so the aim now is to create more positive memories on Sunday."

Find more from Jack Baldwin through the link below...

Alun Armstrong's side come into the game having completed 4 rounds in the competition already, but the manager has eyes on going one step further, he told Darlington's club site, "To get this far I'm delighted, but the 3rd round is the ultimate goal."

"I've got a lot of homework to do tonight and tomorrow to go through everyone and see how we can exploit their weaknesses and I'm sure they'll do the same."

Darlington come into this weekend's tie following a midweek loss to Bradford Park Avenue AFC with the National League North side building a mixed bag of form over recent weeks. Positive wins over Guiseley and Alfreton will be somewhat canceled out by defeats at the hands of Boston United and Telford, in a stop-start recent spell for the Quakers.

A point on the road at Wigan provides a platform for the Gas to build from in this weekend's encounter, with Paul Tisdale set to see his side host a home fixture for the first time in his tenor. 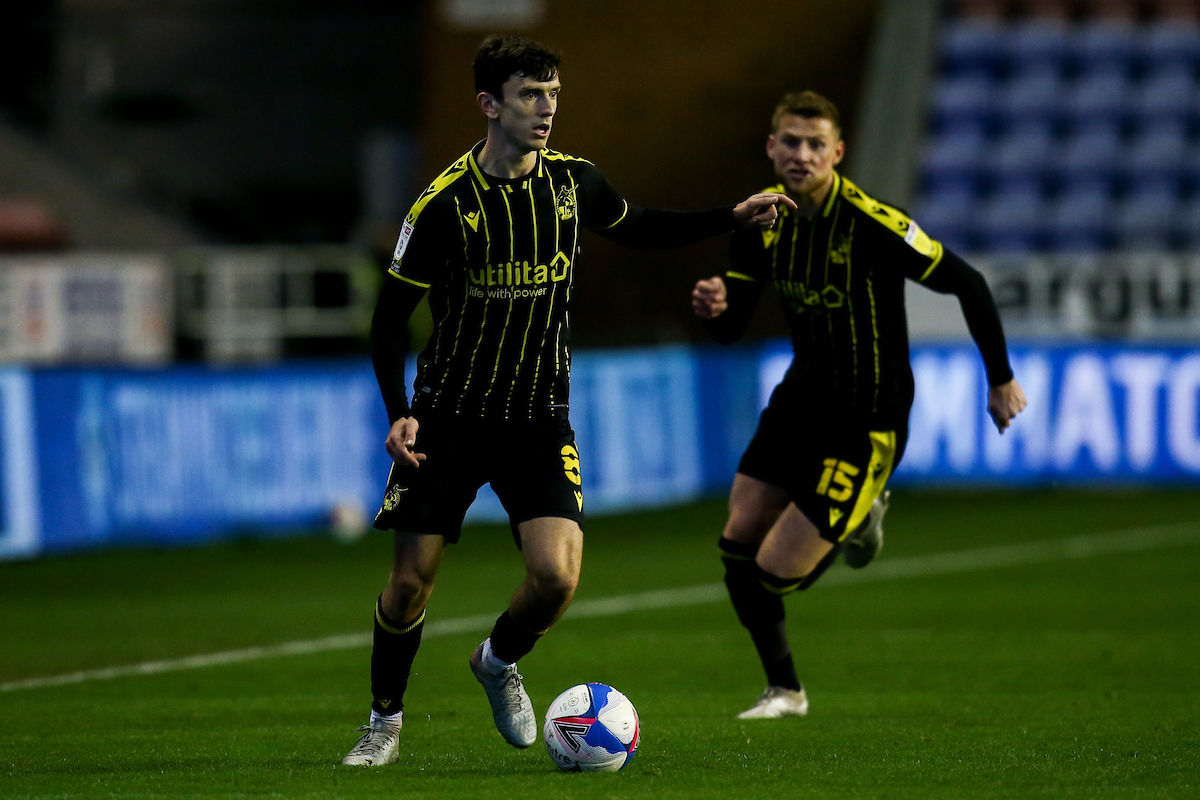 The Gas have not faced Darlington since their reformation in 2012 following financial turmoil but met the original Darlington FC setup in 2010 after the County Durham-based side slipped into the National League.

Drawn against each other in the first round of the FA Cup, it would prove to be a day to forget for the Gas as they fell to a 2-1 defeat away from home. They'll be hoping for better luck this time, ten years on, and on home turf.

This tie has been selected for exclusive BT and BBC Sport four-camera coverage on Sunday, meaning you'll be able to catch the full game with an enhanced viewing experience on BBC iPlayer, the BBC Sport site or BT Sport's digital platforms. Rovers will have good memories of FA Cup clashes on TV from last campaign, winning both of their BT Sport-featured replays on their journey to the 3rd Round.

The game will not be available on iFollow as a result. 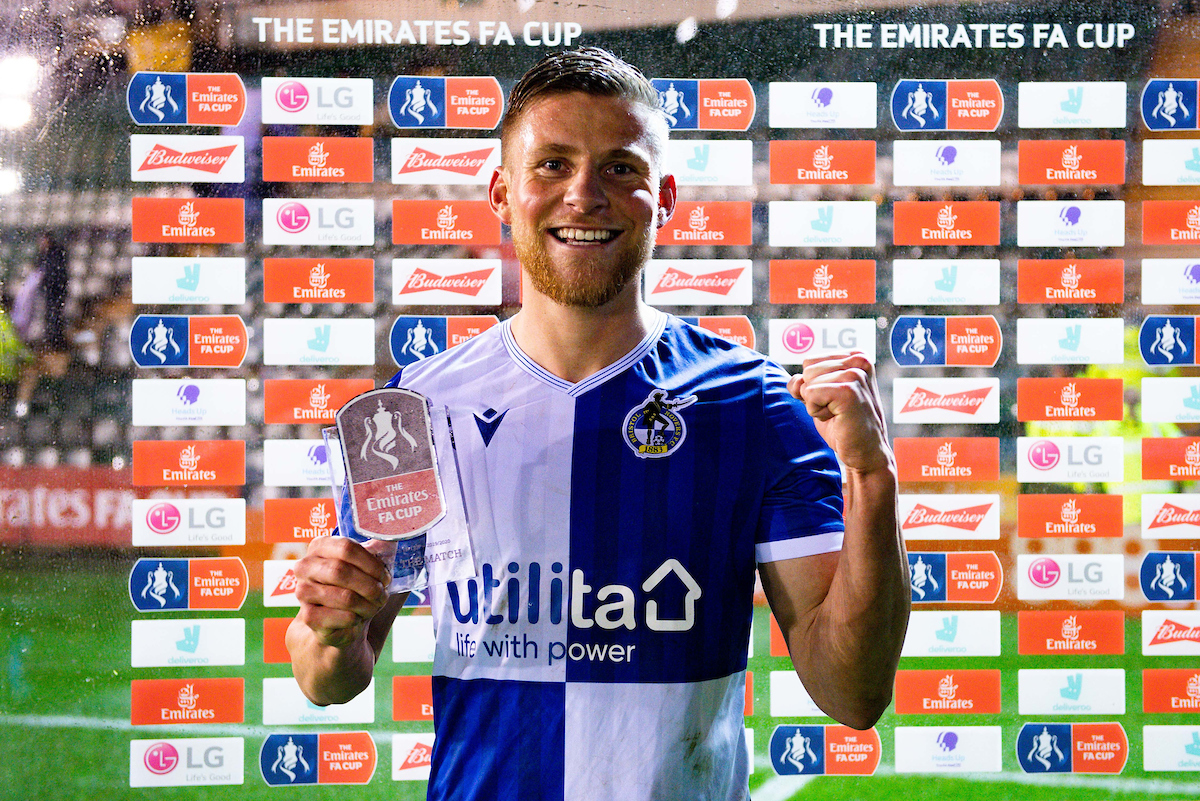 There are plenty of exciting ties lined up in the 2nd round of the FA Cup, with the highly prized 3rd round draw only a step away, bringing with it the opportunity for a big tie. Rovers loanee Pablo Martinez could featured for his Oxford City side against Shrewsbury Town. Barrow kicked off the 2nd round on Thursday night, hosting AFC Wimbledon, which saw the away side win on penalties. Tranmere feature on Friday evening against Brackley Town.

Rovers forced to settle for a point on the road at the DW Stadium.

The Gas and the Latics play out a goalless draw.

Sam Nicholson had the best opportunity of the game in the first half, with the winger’s goal-bound effort stopped on the line by Curtis Tilt.

Luke McCormick saw a long-range strike climb narrowly over the target on the hour mark, as Rovers registered the better chances of the contest.

Late on in the encounter, substitute Josh Barrett saw a measured attempt slide wide of goal, as Rovers returned from the long trip with a point. 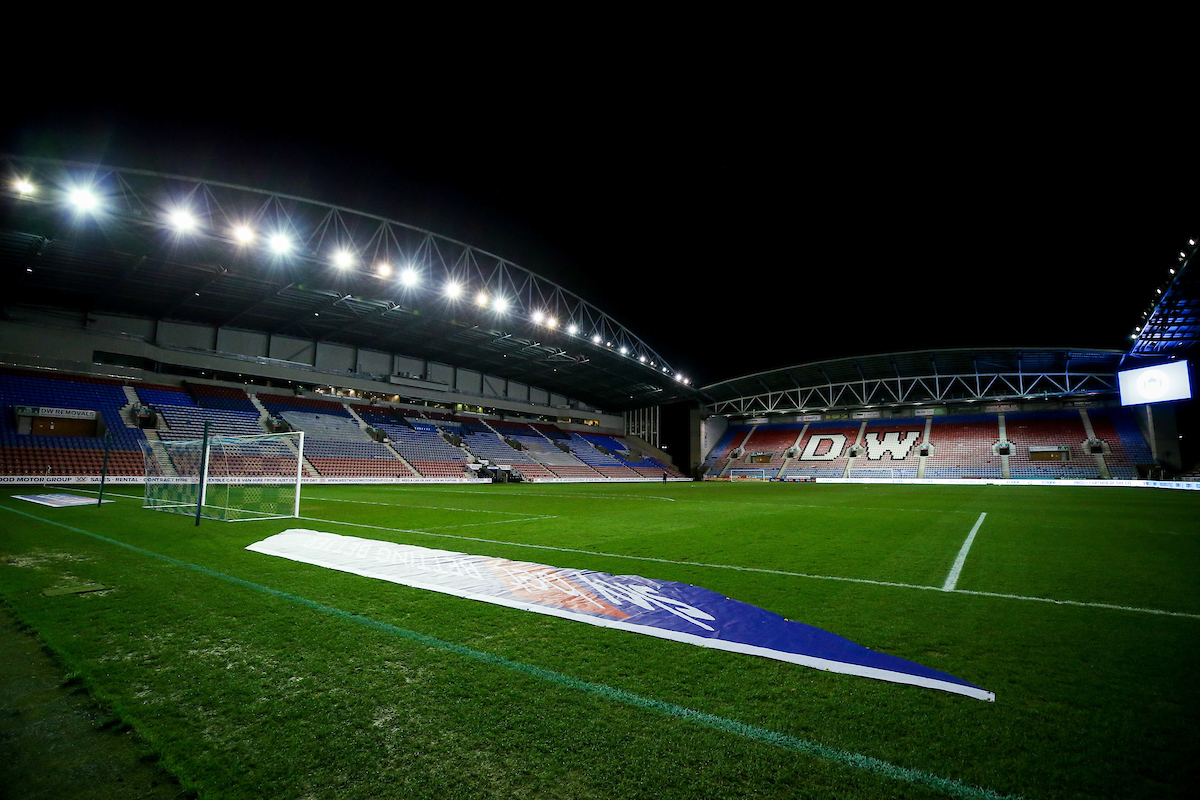 In naming his side for the encounter, Paul Tisdale opted to make four changes to the side that faced Swindon on Saturday.

Kilgour and Harries were named on the bench, alongside van Stappershoef, Ben Liddle, Zaim Westbrooke, Zain Walker and Josh Barrett.

Manager Paul Tisdale confirmed in his pre-match press duties that Brandon’s absence was due to a short-term injury.

Wigan, on the other hand, made three changes to their line-up, following a defeat on Saturday against Oxford United. Saturday’s goalscorer for the Latics, Theo Aasgaard, was included in their line-up, with Adam Long and Alex Perry also introduced to the starting XI.

Rovers were facing a team that hadn't won a league game since early October, with just two places separating the Gas and the Latics ahead of 7pm.

With the league table still congested in its infancy, there was the potential for Rovers to climb as many as six places, if results elsewhere fell in their favour. 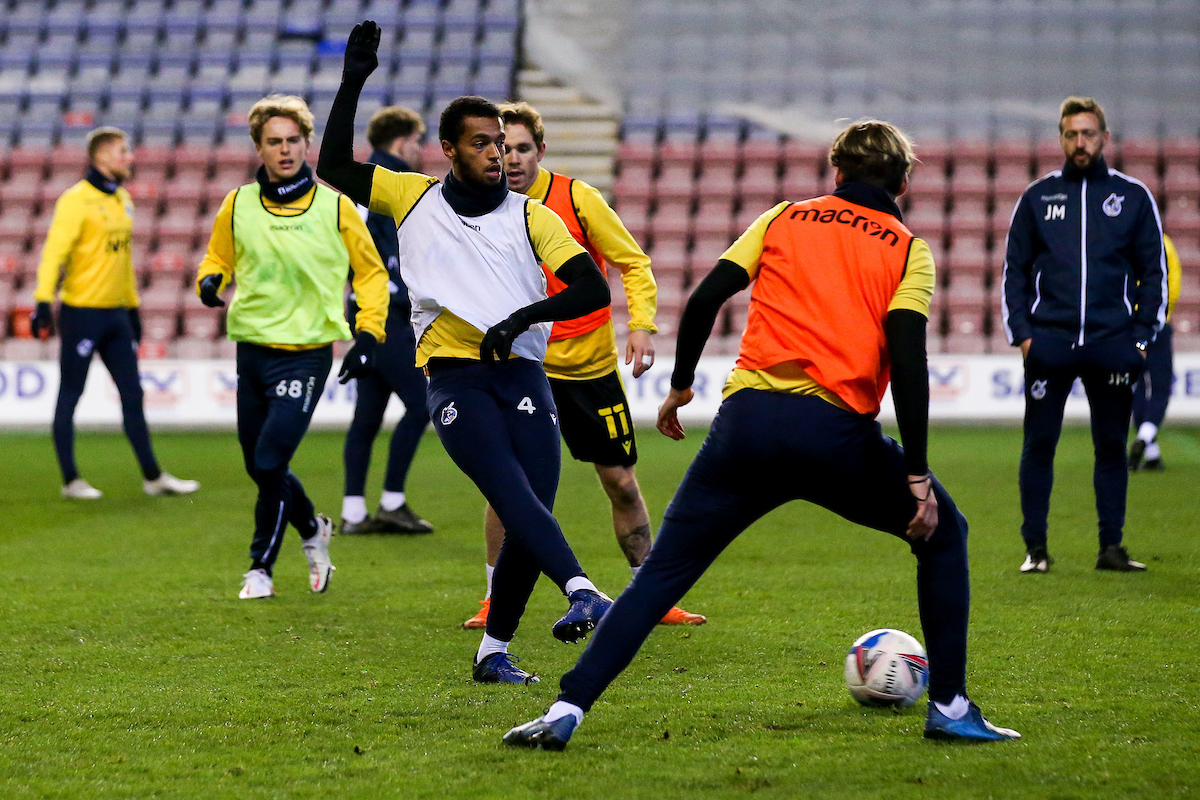 The start of the game was bright from both sides. Tom Pearce launched a high cross for the hosts from the left that swung narrowly wide of the Rovers goal, in what turned out to be the first opportunity of note in the contest.

At the other end, Rovers worked an opening when Ed Upson rode several chances and opened up a shooting opportunity from inside the area, only for his effort to be deflected clear.

The midfielder, who was making his 98th Rovers appearance, played in a useful corner moments later, with the ball bouncing around the Wigan area and not falling favourably for a Rovers shirt to poke home.

Pearce looked lively down the left for the home side and a sweeping cross from the defender swung narrowly out of reach of Aasgaard inside the six-yard box, with the striker only needing the slightest of touches to turn the threatening delivery goalward.

Still within the opening 20-minutes, Rovers responded with the best chance of the half, as Sam Nicholson came close adding to his Rovers tally. The industrious winger did the hard graft, showing a nifty touch to knock a ball over the top around the advancing Jones, who had rushed of his line to clear the danger. With the Wigan ‘keeper out of the equation, the Rovers man kept his head to dummy past a lunging challenge and with just Curtis Tilt to beat on the goal line, Nicholson slammed his finish straight at the Wigan defender, who stayed alert to head clear the rebound.

Rovers continued to thread chances together at the first-half continued. From a narrow-angle, located tight to the byline, Ed Upson managed to aim a driven set-piece to the far-post. Max Ehmer won the aerial battle to meet the cross, but a mistimed header from the skipper sent his effort away from the intended target.

Rovers managed to sustain the attacking intent. A move through the middle, orchestrated by Oztumer, set the opportunity from McCormick to launch an effort on goal from the edge of the area, with his shot curling away from goal, rather than curving towards the far post. 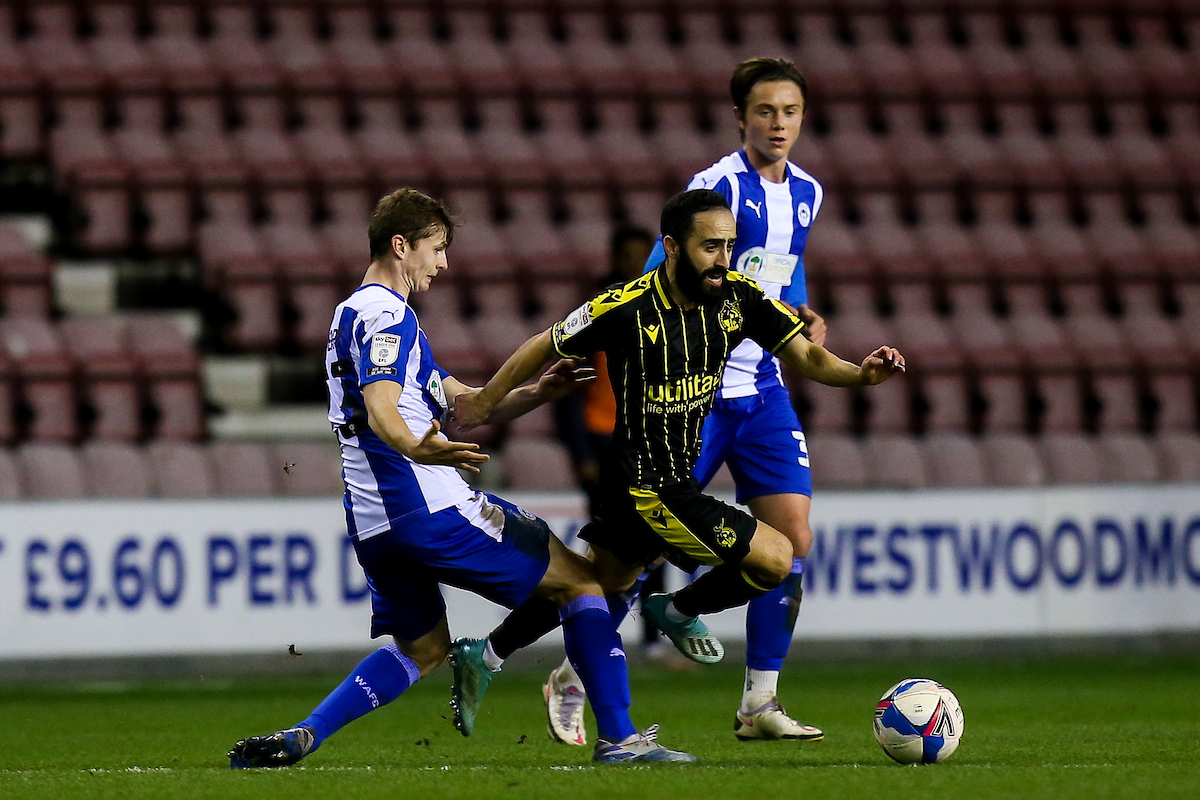 A final chance for Rovers to break the deadlock prior to the break fell to Ali Koiki. The move had started by the youngster, who was playing a slightly higher role, knocking a direct clearance from Jaakkola into the path of Nicholson. Rovers worked the ball wide to Leahy, who dug out a cross to Oztumer at the far post. The Charlton loanee cushioned the delivery back to Koiki on the penalty spot, but his effort on the turn was low and lacked the direction to test Jones, who made a routine stop to keep the attempt out.

With half-time looming, the host’s created a late opportunity to go ahead. It was a threatening cross from the left that crafted the opening. Pearce’s delivery swung across goal and found Tom James, who could only apply a soft header that fell kindly for Jaakkola to gather. 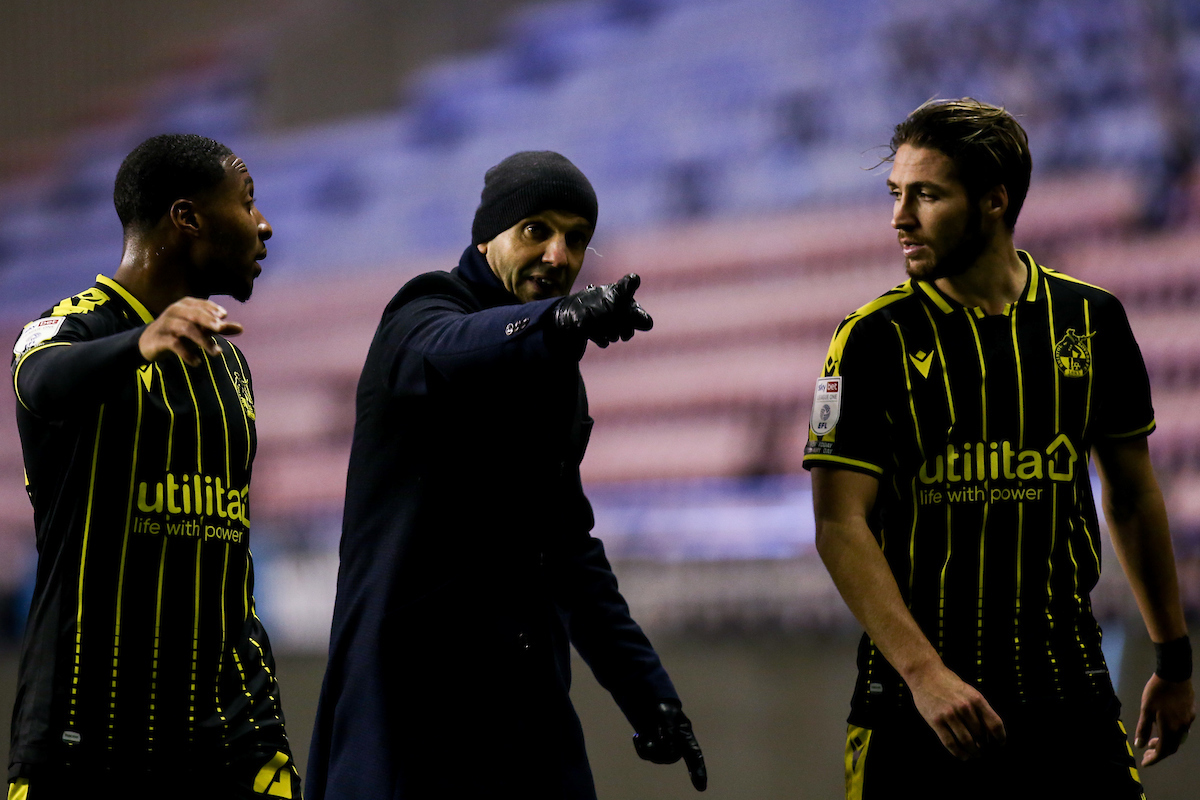 With the final 45 minutes under way, both sides again showed vivid intent to attack from the restart. Rovers worked a chance when Luke McCormick was set free down the right, with the youngster able to break deep into the Wigan area before firing a low delivery across the face of goal that ran just in front of the onrushing Sam Nicholson.

McCormick had an opportunity of his own moments later, lifting his effort from 25-yards out fractionally over the target, with the strike possessing the required power, but carrying a tad too much height.

The home side had their own chance from range as the hour approached. Tom James’ cultured free-kick from 25-yards out reached Jaakkola at an awkward height, bouncing just in front of the Rovers ‘keeper, who claimed the set-piece at the second attempt. 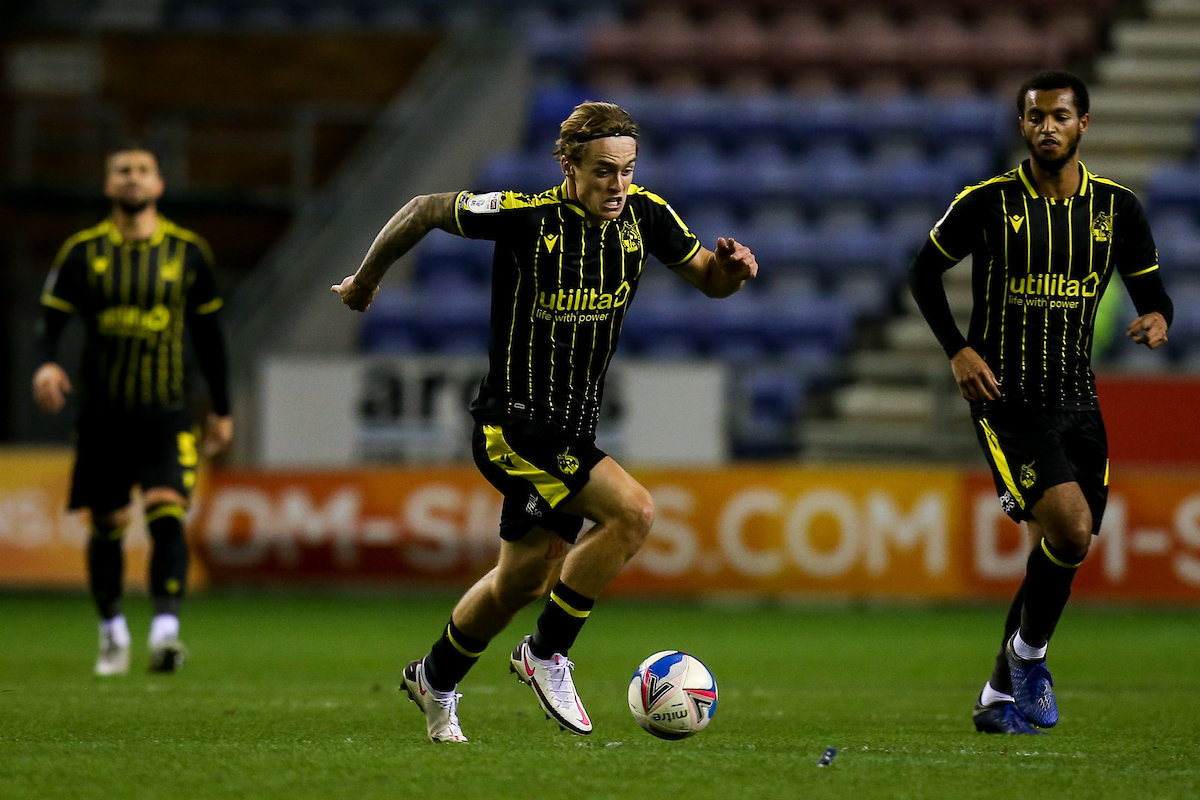 With a little under half-hour remaining, Paul Tisdale used the reinforcements on the bench to make a triple change. Westbrooke, Walker and Barrett all were introduced, with the latter making his first appearance of the season, with Ali Koiki, Erhun Oztumer and Luke McCormick the trio making way.

Barrett looked lively following his introduction, with the playmaker looking intent to make up for lost time, with enforced absence through injury stretching back to the very first game of the Gas’ pre-season.

With the clock ticking down, Wigan came close to testing Rovers as Pearce’s hefty cross to the far post had to be cleared by Luke Leahy, who glanced the delivery behind for a corner in what was a smart piece of defending.

From the resulting corner, Rovers were able to construct a counter, with the Sam Nicholson advancing with the ball deep into the host’s final third. Nicholson set the ball to Barrett, who elected to aim for goal with a side-footed finish that shifted wide of the target.

Neither side was able to find a dramatic late winner, as the two sides had to settle for a share of the points.

There’s a pause of league action for Rovers on the weekend, as they prepare to face Darlington in the Emirates Cup on Sunday. 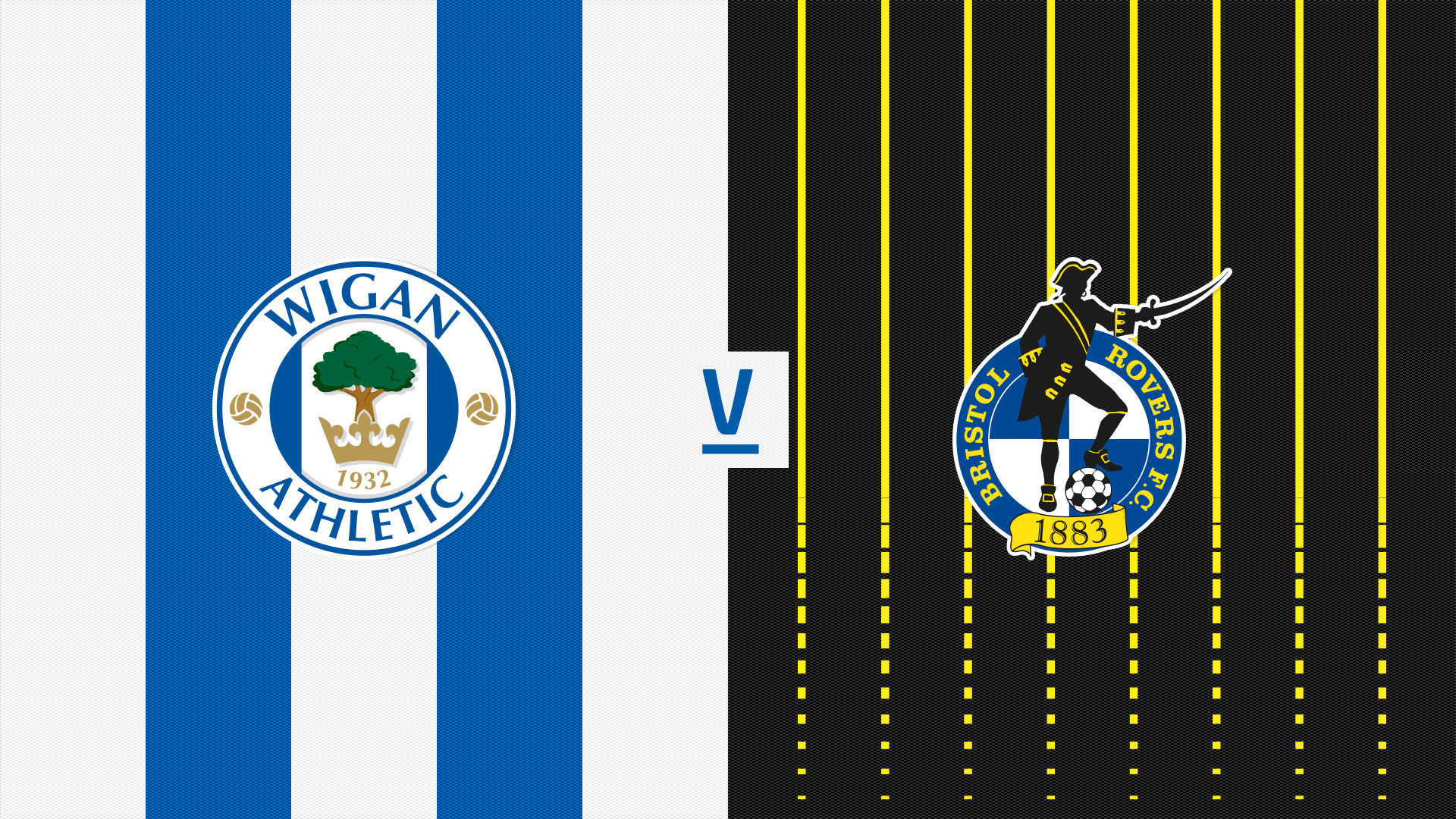 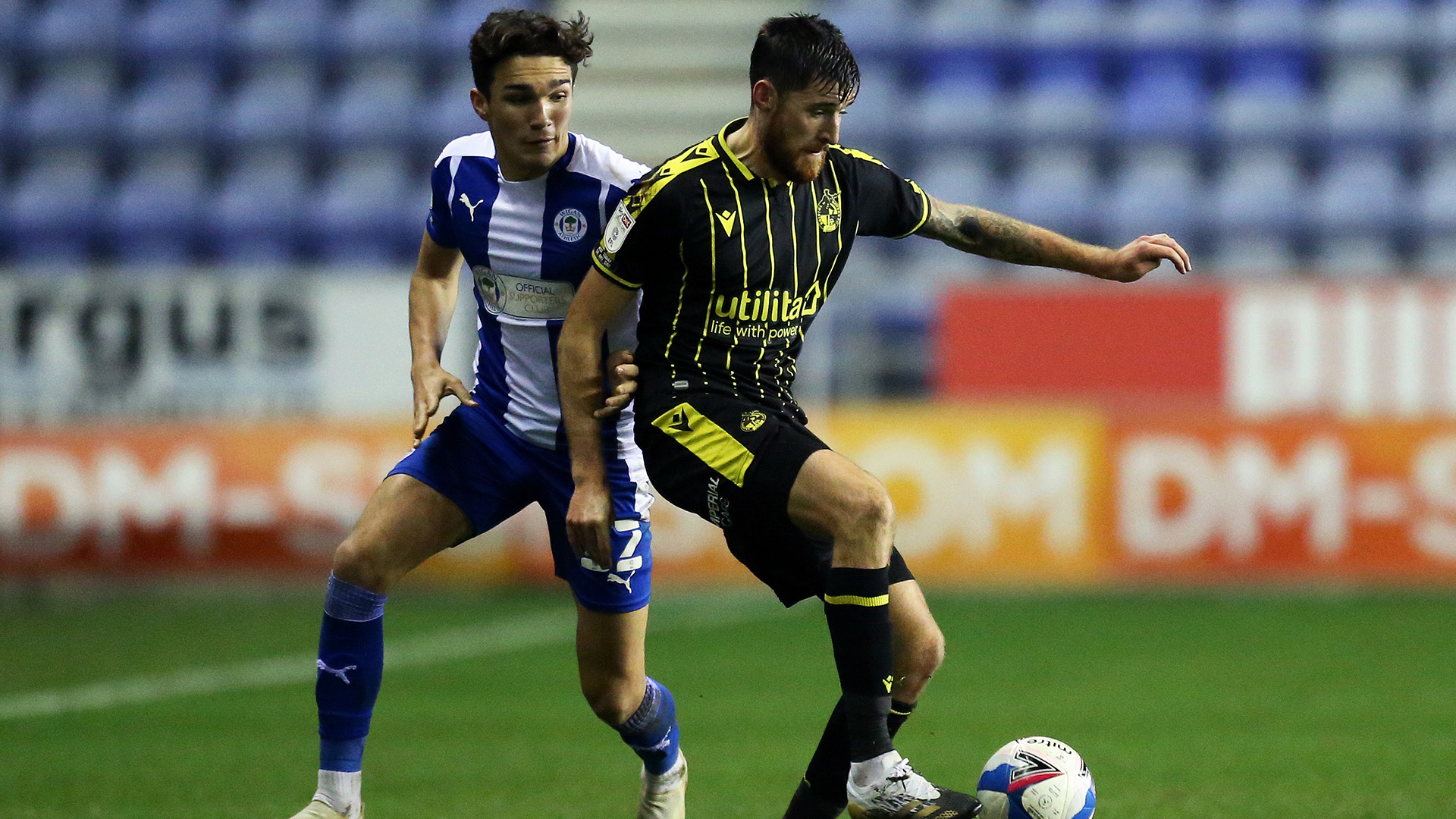 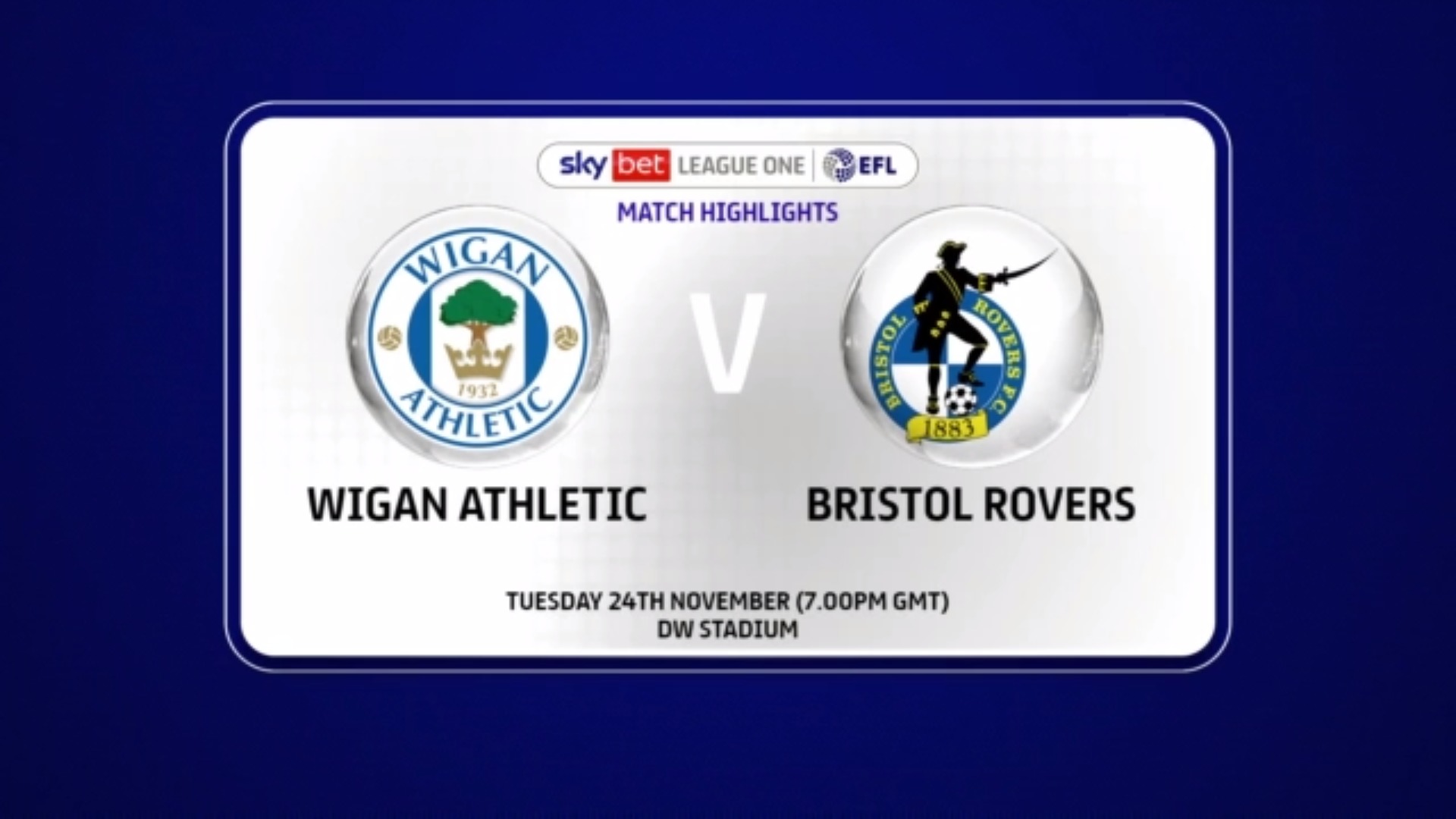