The Gas head on their 3rd away trip on the bounce, taking on Peterborough United on Tuesday evening...

Rovers face a tricky Tuesday night trip, with the Posh in hot form and currently sitting 3rd in the League One table. Their unbeaten streak in the league stretches back to the start of December too, but with a 1-0 win over Ipswich Town their most recent result.

Of course, there will be a familiar face in the Posh's ranks, with Jonson Clarke-Harris in fine fettle following his summer transfer from the Gas.

Paul Tisdale discussed his side's trip to Peterborough as part of his post-match assessment following defeat at Oxford United, ready to move on to the next challenge, saying "I certainly know what I need to do going into Tuesday, and the players need to apply that and commit for the next game at Peterborough."

"It goes without saying, we need a win." 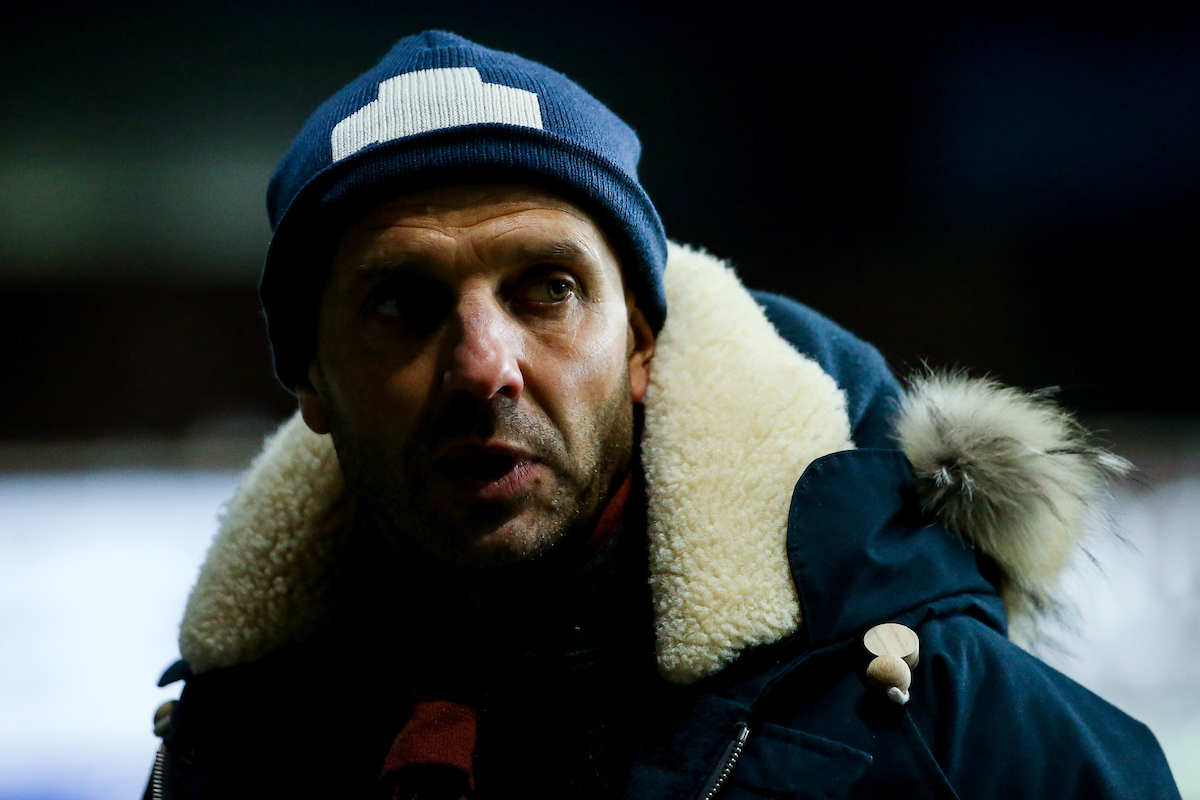 Darren Ferguson sat down with the media ahead of his side's home fixture against the Gas, saying to theposh.com "Paul is a very accomplished manager, he's done well at the clubs he's been at, and he's very good tactically.

"I always try and focus on us, we scrapped out a win on Saturday - it's just about picking up the points." 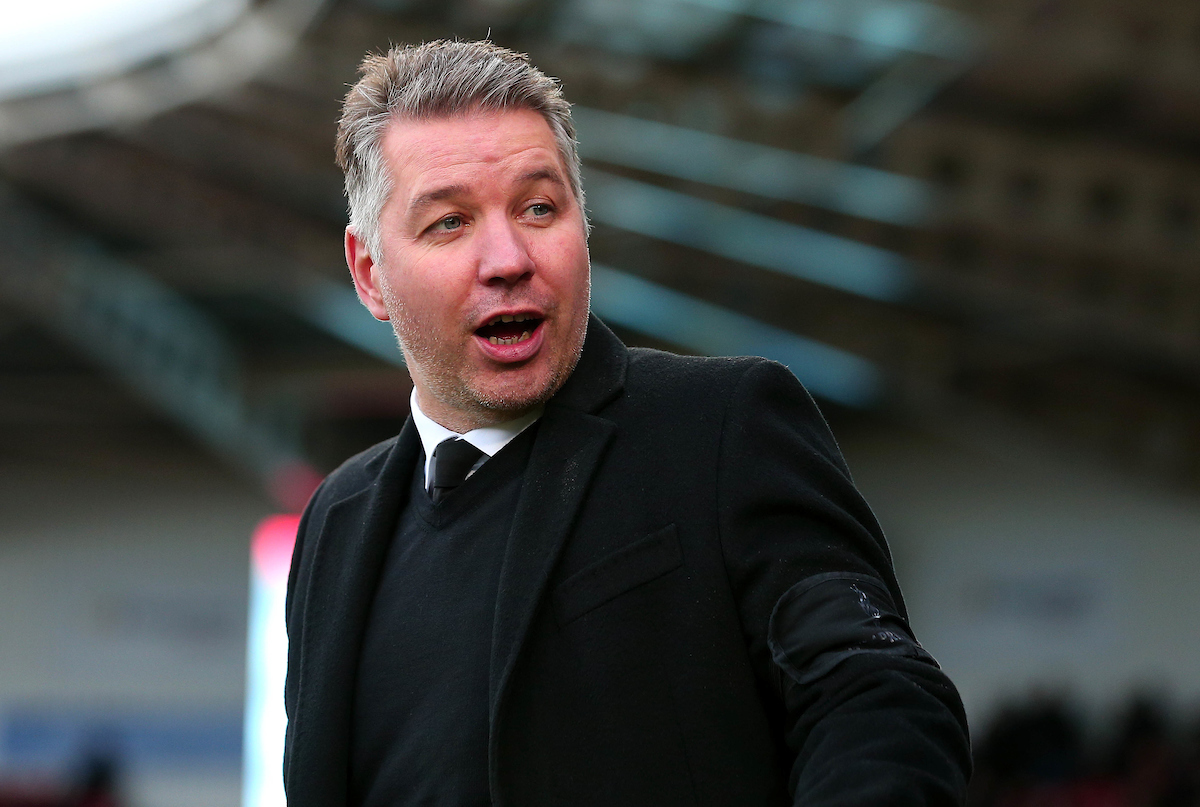 The Posh come into this one following a 1-0 victory over fellow promotion-chasers Ipswich Town down at Portman Road, and prior to that, had shown some classy form. A resounding 3-0 win over MK Dons, followed up by 3 points against Charlton Athletic shows their quality. Peterborough's last defeat came at the hands of Portsmouth back at the start of December.

Supporters can pay to view Tuesday night's game live on iFollow, with a £10 match pass. 80% of the revenue from iFollow purchases goes straight back to supporting the club.
Feature

1st placed Hull City head to Accrington Stanley in an earlier 5.30pm kick-off on Tuesday night, while 4th host 2nd as Lincoln City travel to the south coast to take on Portsmouth. Around the Gas in the league, AFC Wimbledon head up north to face Doncaster Rovers, while Northampton travel to Lancashire as they meet Fleetwood Town. AFC Rochdale host the Gas' previous opponents, Oxford United. 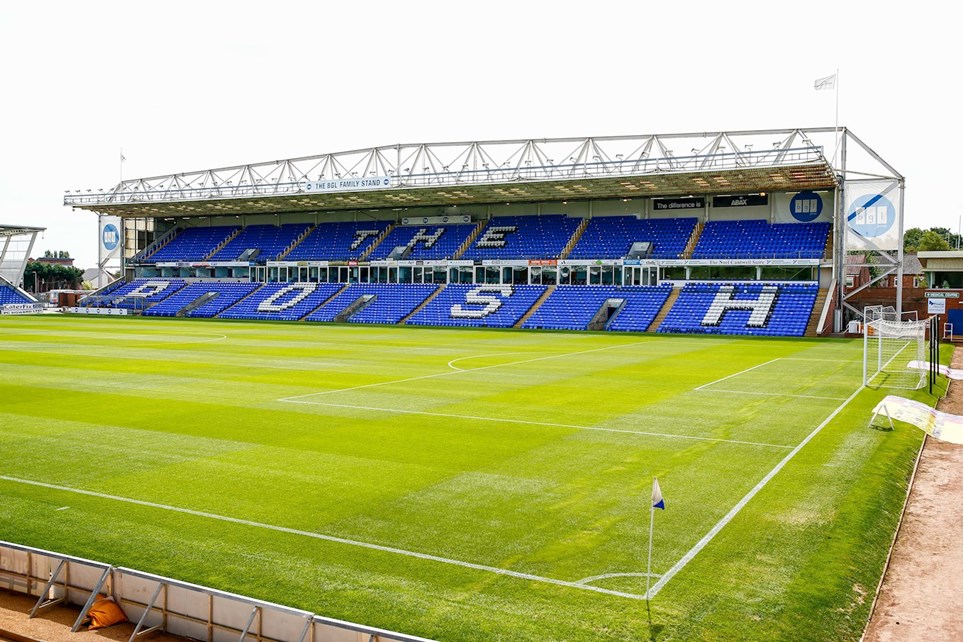 
The Gas' midweek game against Peterborough United has been moved to a 7pm kick-off.

The Gas return from Peterborough United with a point after a frantic 90 minutes at London Road.

A post-bound volley from Sam Nicholson illustrated the intent of the Rovers side in the first 45, with the Gas also doing well to limit the Posh to weak goalward strikes after Clarke-Harris was set through for the home side in the early stages.

The Posh would go closest in the second period, with Siriki Dembele expertly rounding Joe Day before sliding an effort goalwards, but just as he turned to celebrate, saw Kilgour emerge to hook the strike away.

The late stages tested the Gas' resolve but they returned home with a point after battling through to the final whistle. 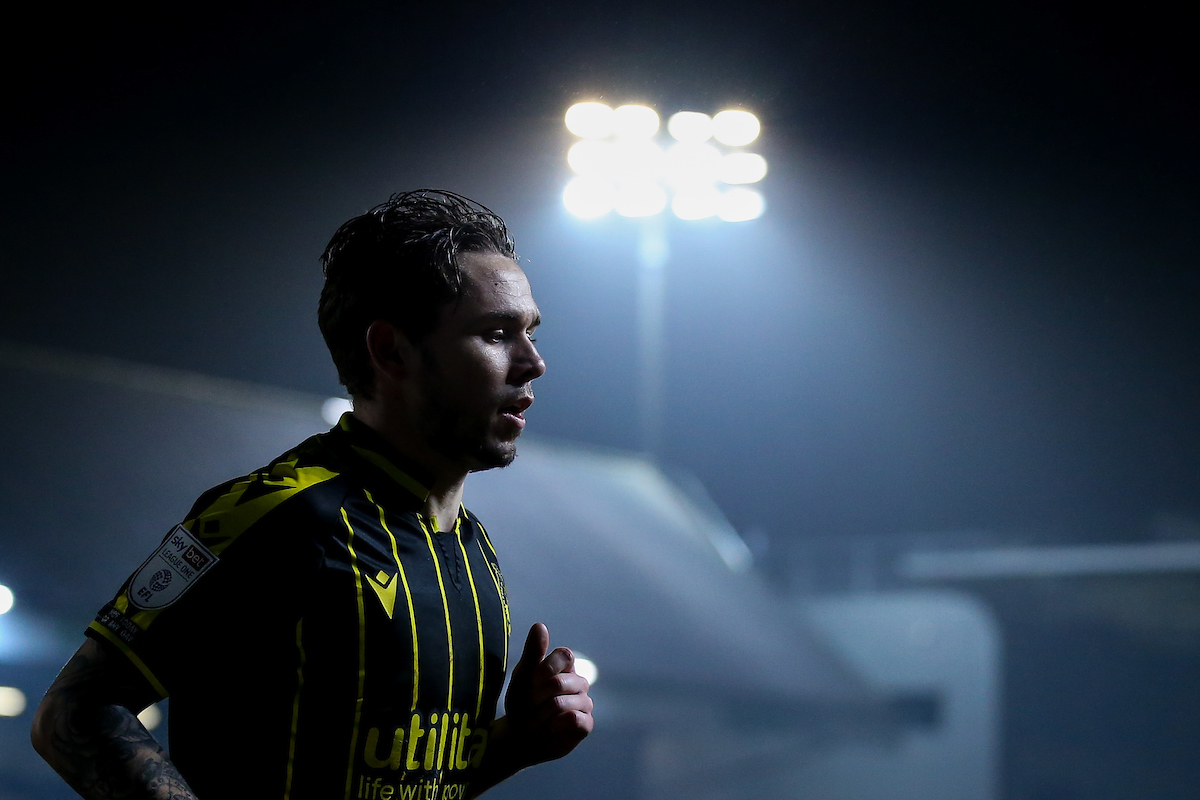 The additions of Nicholson and Oztumer to the Gas' starting line-up brought with it encouraging signs for Paul Tisdale's side, George Williams would also get his first start after signing from MK Dons. 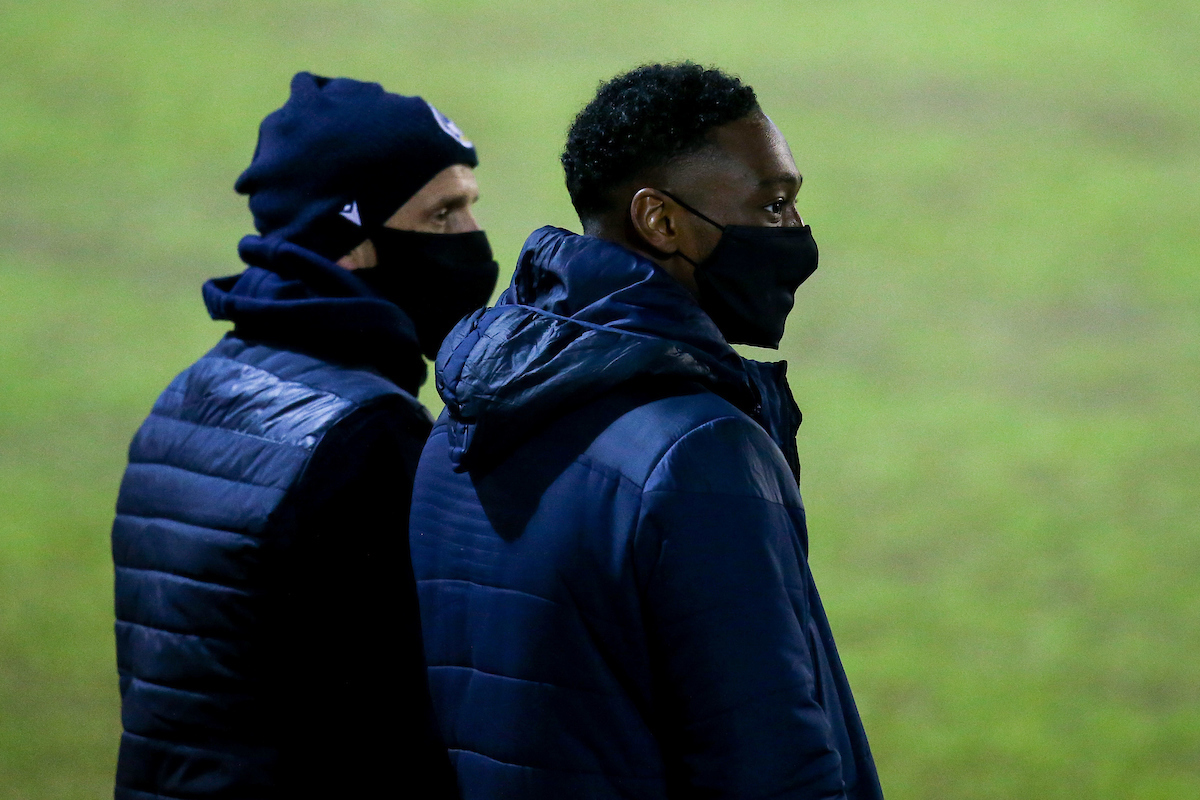 Early warning signs came from a familiar face to the Rovers ranks as Jonson Clarke-Harris was slipped through on the left side of the area, he struck early, but Joe Day was out well to close the angle and make the stop.

JCH's attacking teammate would cause more trouble on the 5th minute as he ran at the defence from deep before sliding a low strike towards goal from 20 yards out. The strike looked central though and Joe Day was able to get a solid glove on the ball, rebounding to the Rovers defence.

As the game approached the quarter-hour mark, Oztumer won, then took a free-kick from just over 25 yards out. Fresh from his return from injury, the dynamic midfielder saw his effort climb over the bar.

Oztumer then delivered a smart corner into the Posh area minutes later, with his cross bouncing dangerously at the first man before arriving at the head of Jack Baldwin. The defender glanced a header goalwards, but Christy Pym was alert to cover and save. 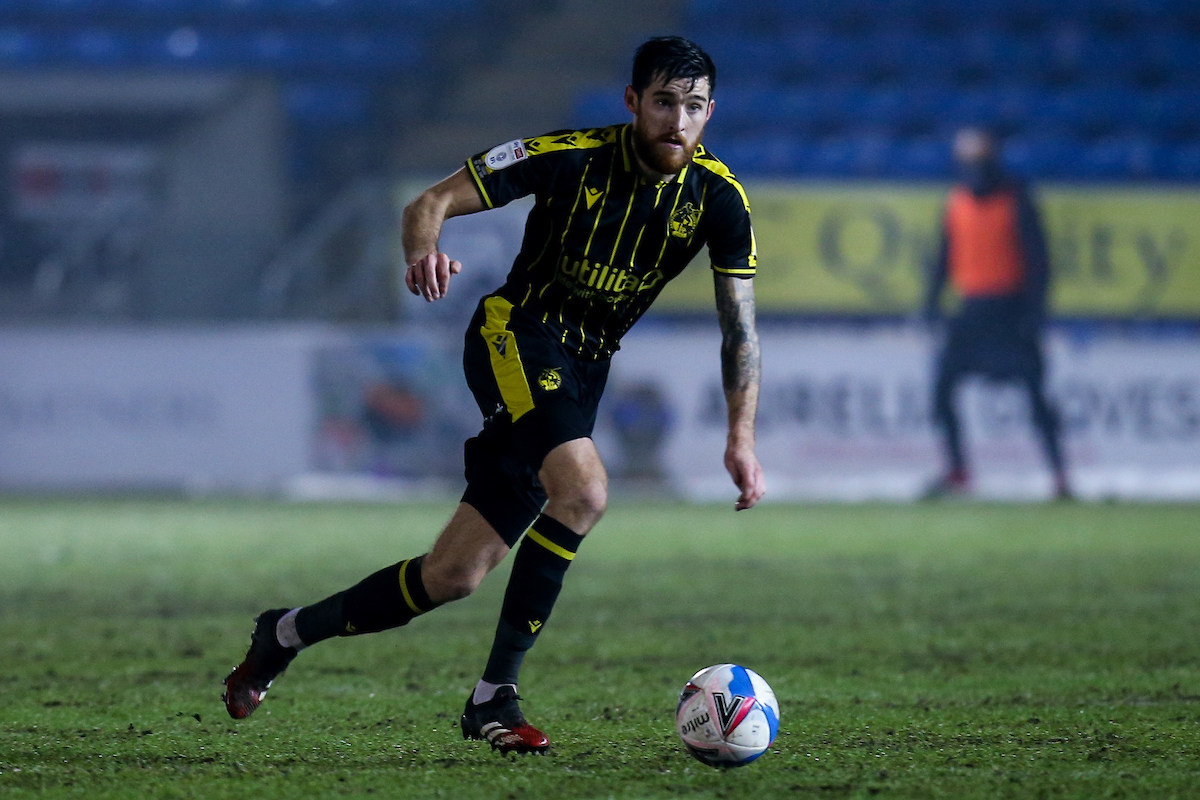 A Szmodics one-two with Brown allowed the attacking midfielder to strike from the edge of the area with venom. However, the strike was once again favourable for Day, who collected in the centre of the goal.

A cross from wing-back to wing-back around 25 minutes in prompted half a chance for the Gas as Leahy smashed a low ball into the area with Williams arriving late at the back stick. He got to the pass, but saw a crucial block at close-range take the sting out of his strike, and the ball trundled through to Pym at his near post.

Moments later, the Gas caught Peterborough United two on two, with Hanlan able to isolate his man and fire on the turn at Pym. The number 9 struck with power, with Pym palming out. Oztumer rushed to the rebound but was shepherded clear by a recovering Posh defender. 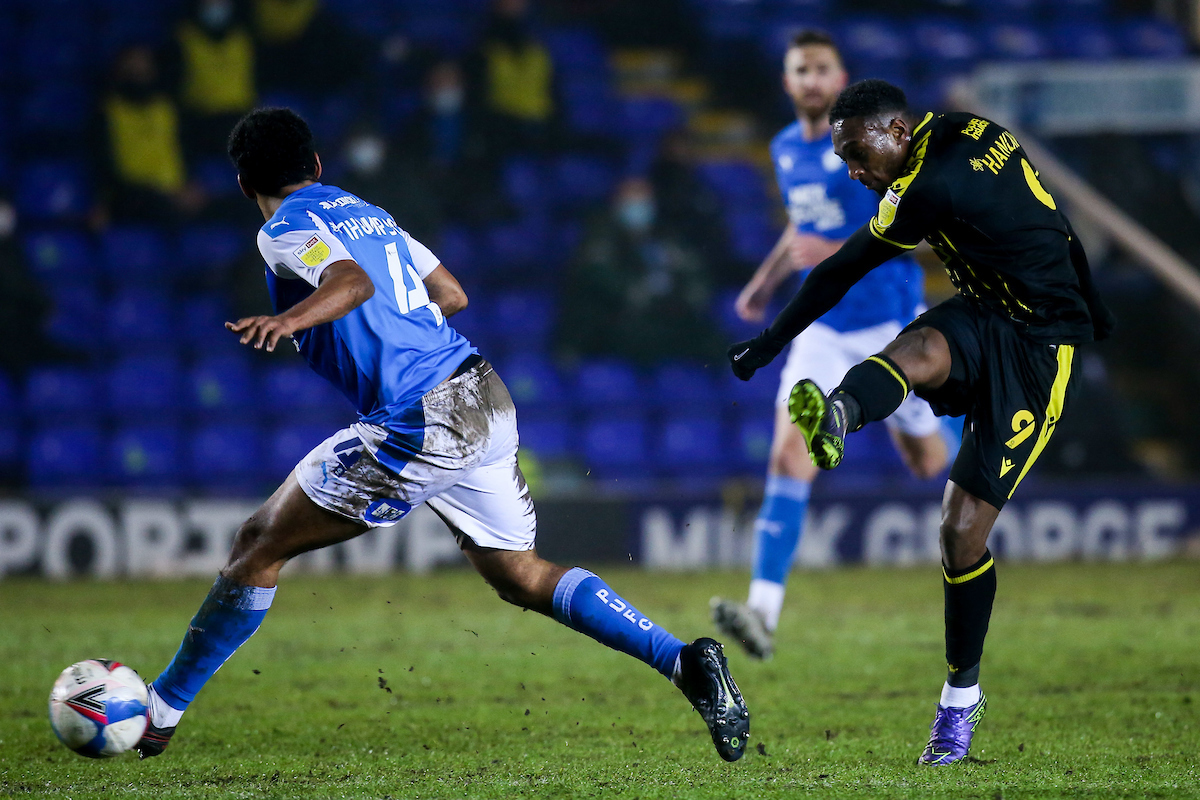 In retaliation, Szmodics took a lofted ball delightfully before swinging a strike on goal with his second touch just outside the area. It clear his marker, but once again Day collected.

Butler would then find an effort on goal for the home side not long after, receiving a lay-off on the edge of the box before hitting it low. It lacked the fierceness needed to cause Day much bother, as the Cardiff-loanee gathered again.

With 10 minutes remaining in the half, the Gas went the closest of either side, with Oztumer spotting Nicholson on the run from the edge of the area. The loanee dinked a phenomenal ball over the top for the Scotsman to run on to, before he produced a powerful volley. It had beaten Pym all ends up, but clattered back off the far post, denying Nicholson a goal on his return.

It remained goalless for the remainder of the half, with Nicholson's terrific strike the closest to breaking the deadlock. 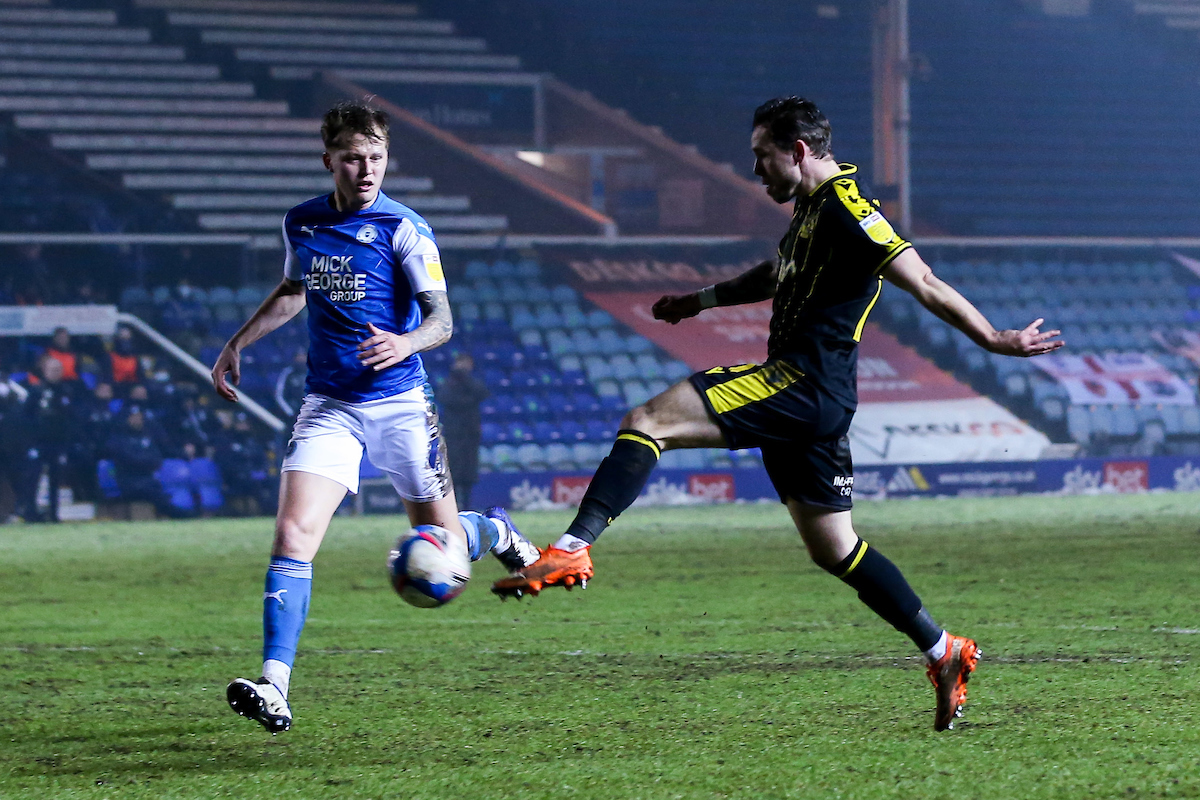 A mazy run from Jack Taylor produced the first opening of the second half, as he cut in and out to find space towards the left apex of the box. He smashed an attempt at the near post but met the fists of Joe Day, who was alert to the danger fresh from the restart in what was otherwise a cagey start to the second period.

Rovers would find the next major chance, almost 20 minutes on with Leahy swinging a delightful ball towards Williams on the byline on the right-flank. He chipped a ball back across goal towards the waiting Brandon Hanlan, but a Posh defender did just enough to flick it away.

Paul Tisdale opted to blink first regarding substitutes, with Oztumer and Nicholson coming back from injury, Tisdale decided to give them a rest, replacing the midfielders with Zain Westbrooke and Jonah Ayunga. 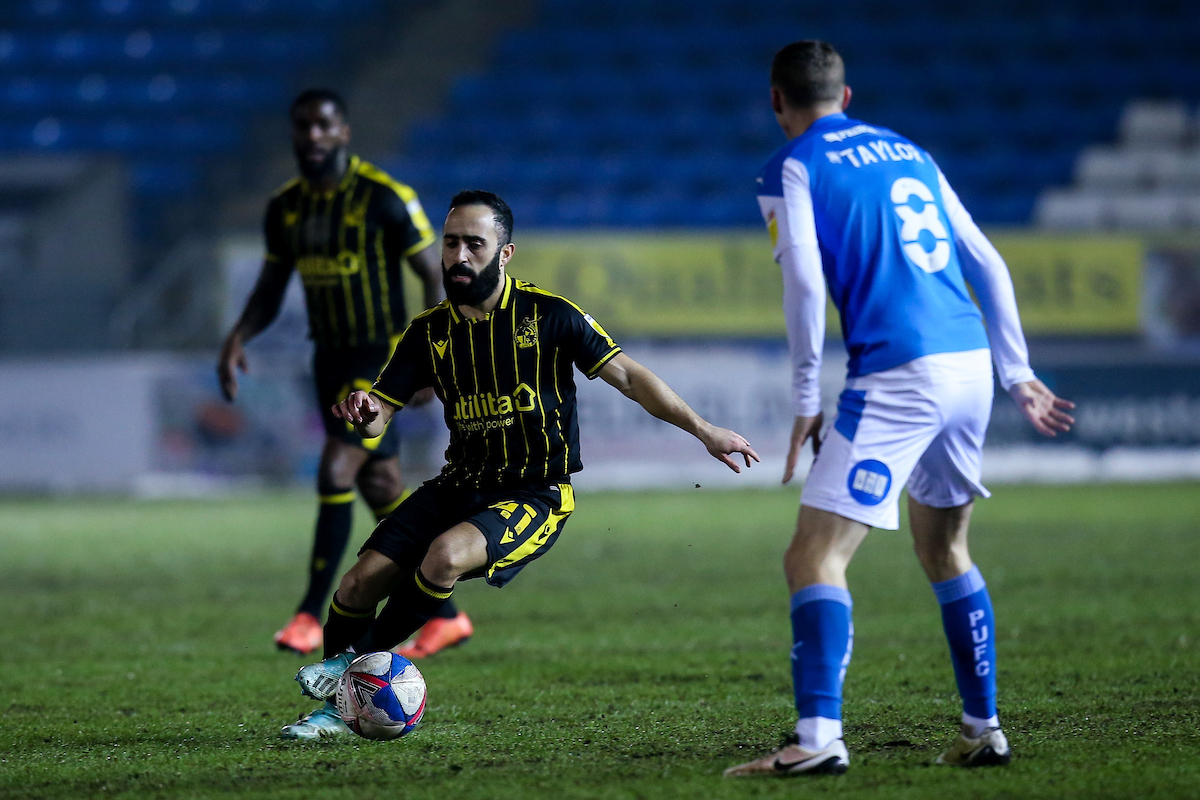 Idris Kanu saw the goal open up for him as the game appraoched 20 minutes to go, laid in just inside the box before firing on goal. He scuffed his shot into the ground though, which aided Joe Day as he collected.

Dembele was then slipped in soon after by Jonson Clarke-Harris before he rounded the onrushing Joe Day. With the goal open, the striker just slid the strike towards goal, but to his shock, saw Kilgour emerge from his peripheral vision and slide the ball clear.

Up the other end a delivery towards Jonah Ayunga saw the former Havant & Waterlooville forward loop up an inviting ball towards Brandon Hanlan. Hanlan attempted to hit an acrobatic strike on the turn but slipped at a crucial moment. Seconds later, the ref' blew up, sighting a clash of heads between Ayunga and a Posh defender.

With just over 10 minutes to go, a loose ball fell to Abu Ogogo who struck a curling effort goalwards. It had Pym scrambling, but he saw a defender head the strike up and over.

In response, Hamilton darted into space on the left side of the area before flashing an effort towards the back stick in a danger zone across the goalmouth. No Posh player was on the scene to tap in, with the effort eventually rolling wide.

The Gas are more than familiar with the threat a JCH free-kick poses, and his strike from a dead ball on the 85th minute tested Joe Day, as it breached the wall before bouncing in his area. However, the loanee was alert, palming the strike clear.

In added time Dembele would test Joe Day again, cutting in and firing at the 'keeper once again, who held firm and punched away once again.

The Gas now host Rochdale at home this weekend.


The Gas' midweek game against Peterborough United has been moved to a 7pm kick-off. 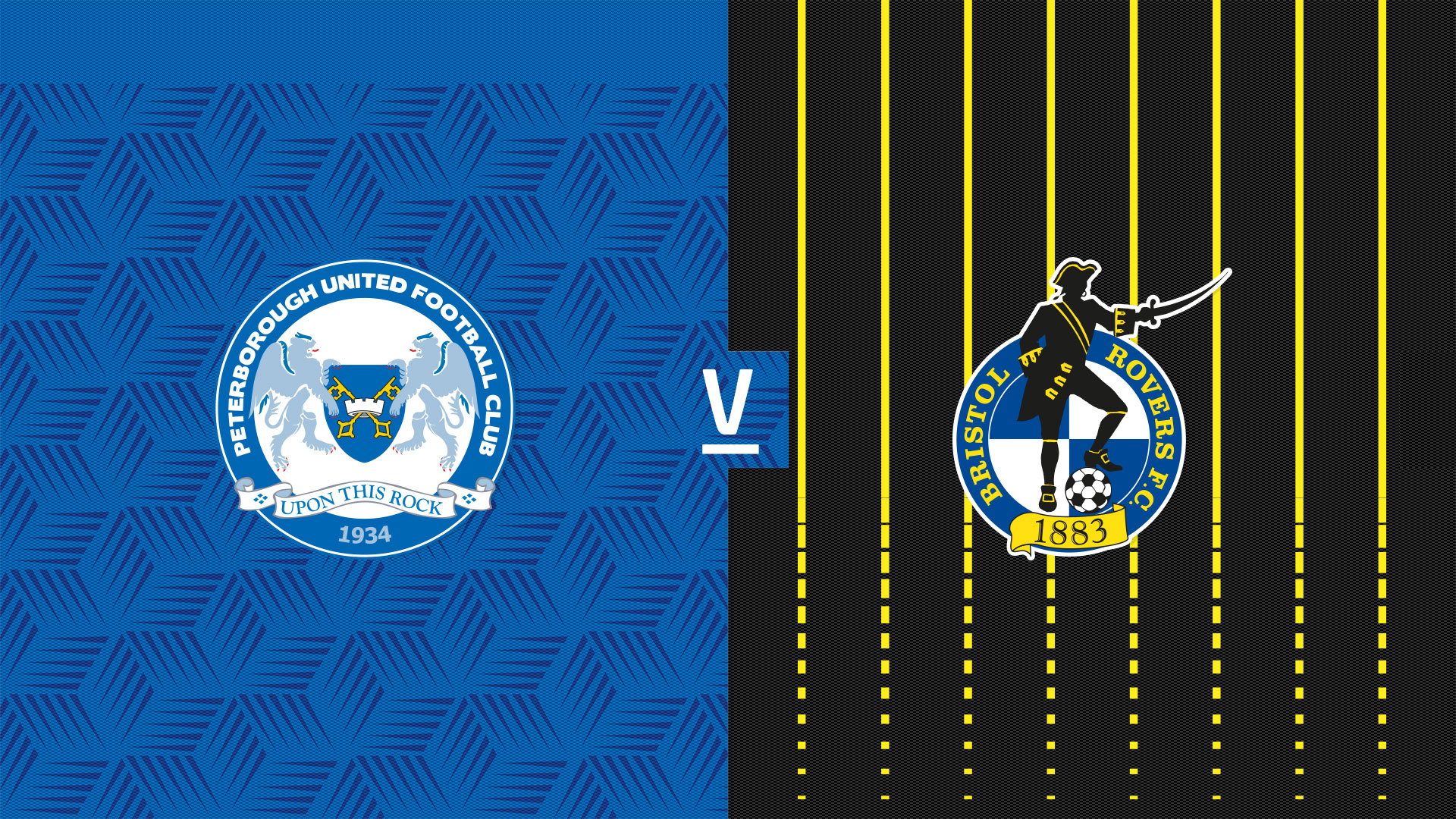 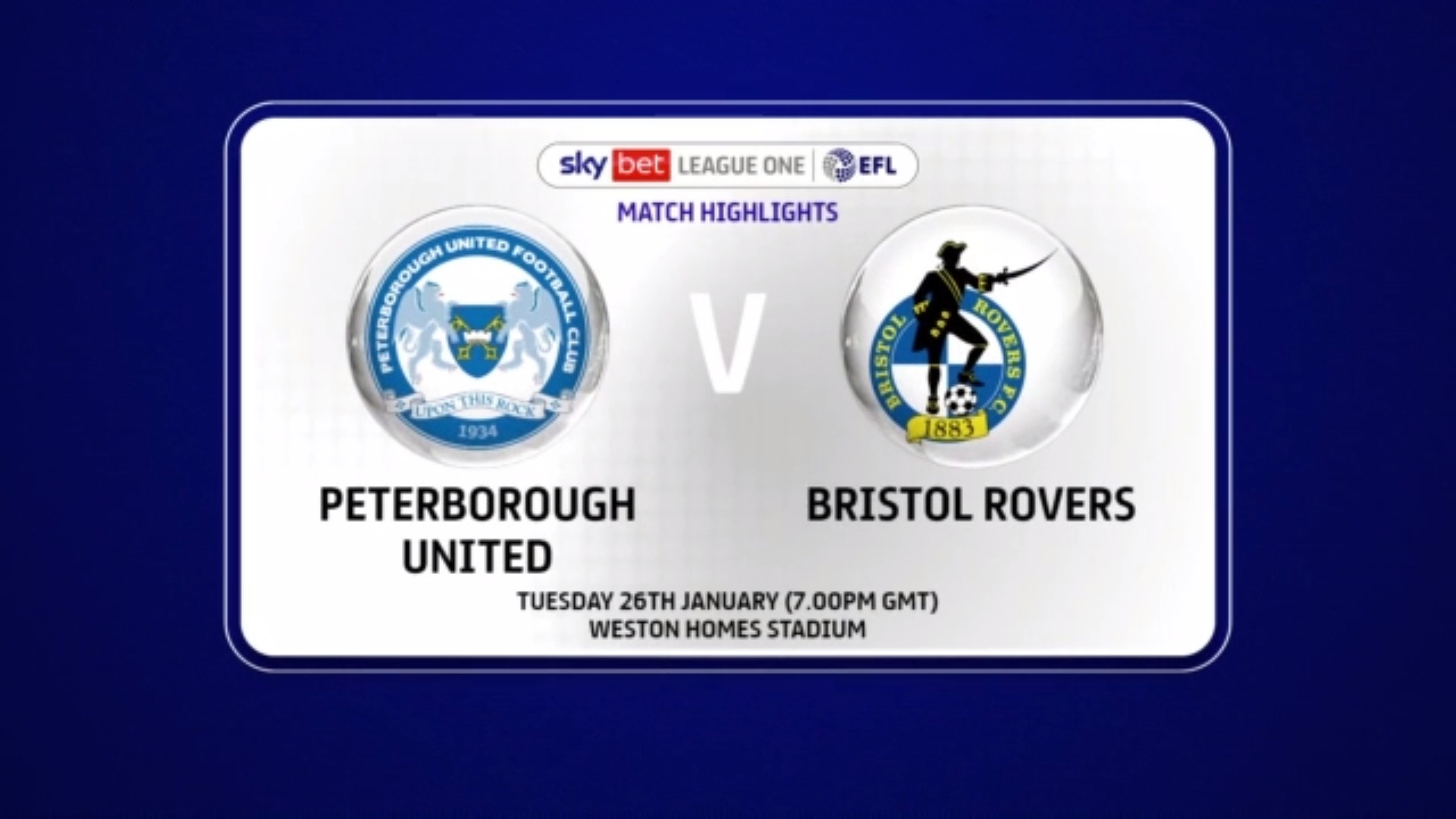