Rovers look to bounce back from a narrow defeat to Charlton Athletic, when they visit Crewe Alexandra on Tuesday.

A bizarre goal seperated the Gas and their visitors on Saturday, with Rovers looking to return to form against mid-table Crewe.

Tuesday's game will the first encounter between the sides for eight years - as Rovers embark on a stretch of three games straight on the road.

Paul Tisdale spoke to the press following Saturday's game to cast attention to Tuesday's trip north. Hear from the Rovers Manager below...

📺 The Rovers Manager looks ahead to tomorrow's trip to @crewealexfc...#BristolRovers pic.twitter.com/1Mjrjz9mUc

Crewe played out a 1-1 draw on Saturday against Plymouth, as Olliver Finney's 7th goal of the season on the hour mark saw Alexandra return home with point.

Speaking ahead of Tuesday's encounter, Crewe boss, David Artell told Crewe's Official website, "I like Paul, I think he's a good guy. He gave us some really nice words in our office when we played Exeter a few years ago and I've always got time for him.

"We know it will be a tough game, they (Rovers) have some good players, some powerful players and they will play with a defined style.

"The results have picked up since Paul has come in and it will be a tough game for us."

Crewe sit in 10th place in the league standings - with a tally of 32 points from 22 games.

David Artell's side last lost a league fixture in November, picking up three draws and two wins in their recent games.

Owen Dale and Olliver Finney both have 6 league goals apiece, with Dale scoring five goals in his last eight games. 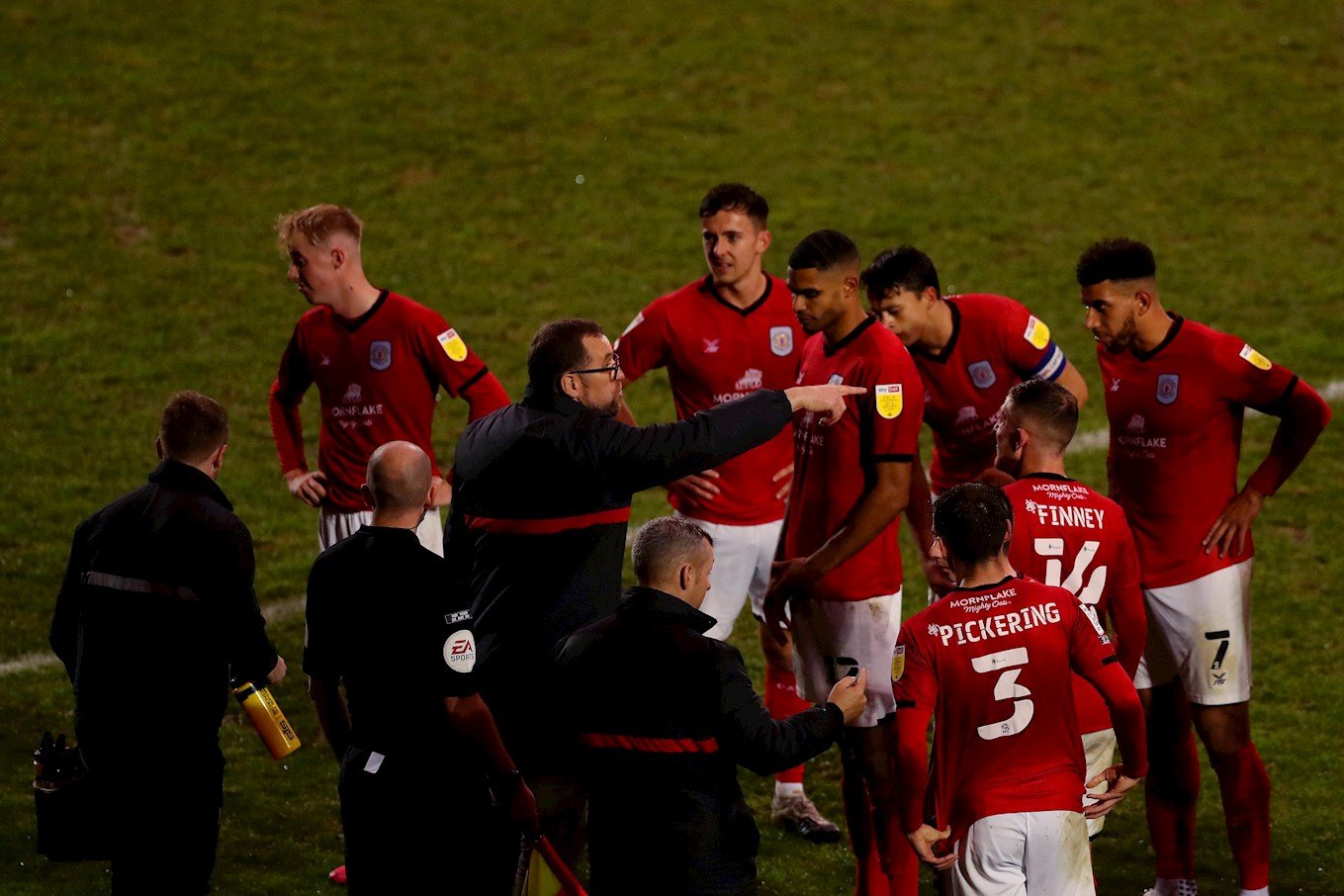 Watch Tuesday's game live on iFollow for £10. Over 1,000 Gasheads tuned in to watch Saturday's game on iFollow, leading to Rovers being inside the top eight sides in the division, based on match passes sold over the weekend. A large proportion of the match pass fee comes back to the football club.

There's plenty of midweek action in Sky Bet League One on Tuesday - with Accrington's trip to Hull City kicking things off with a 5:30pm KO. Peterborough's home fixture against Charlton catches the attention, while Plymouth make the mammoth journey to the Stadium of Light to face Sunderland. Rochdale, who are one place in front of Rovers, face Doncaster, while AFC Wimbledon travel to Portsmouth.

The Gas are defeated at The Alexandra Stadium despite a second-half resurgence.

Two early Crewe strikes left the Gas shellshocked in the first-half against Crewe, but Rovers responded valiantly in the second period, first with Ehmer tapping in at close range, before McCormick curled in a super free-kick.

However, the comeback to 2-2 would make the deadly blow from Crewe even crueller as Lancashire latched onto a free-kick to head in a winner for the home side. 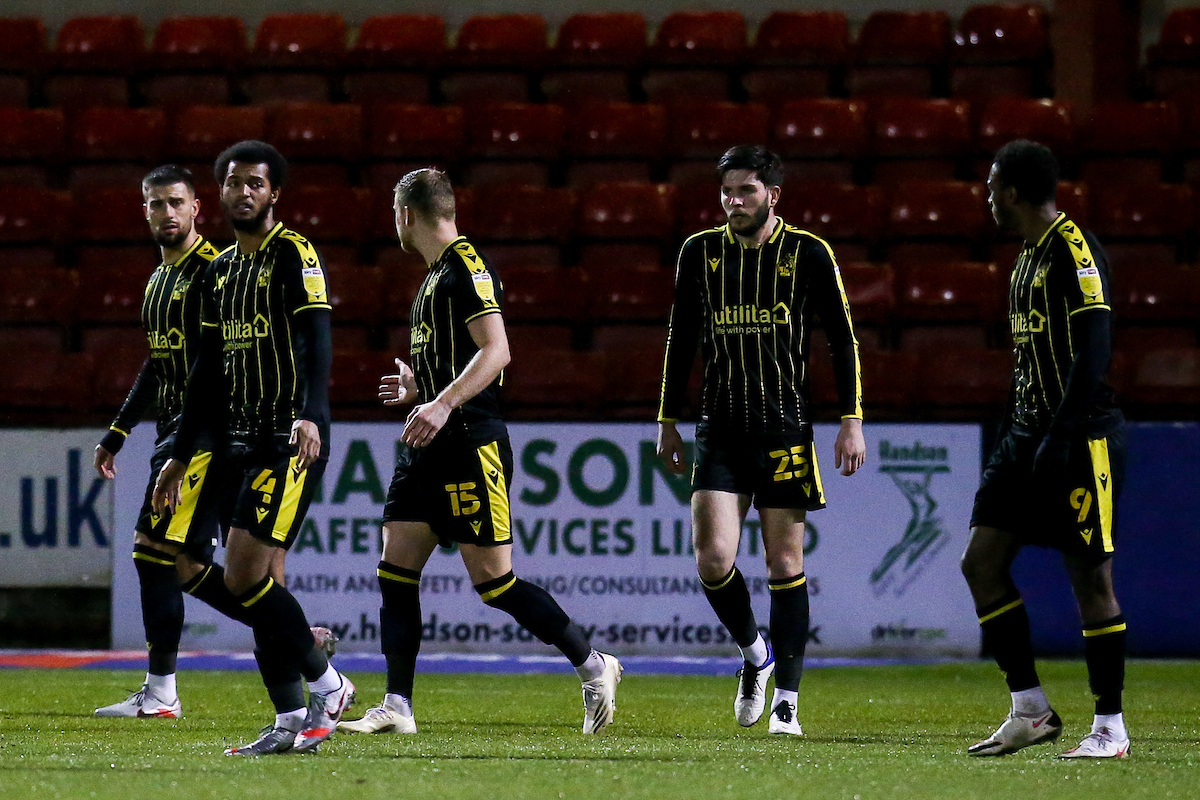 Bristol Rovers and Crewe Alexandra have all but been immovable constants in the English Football League for recent history but despite that, the two sides haven't met since April 2012, when the Gas suffered a 3-0 defeat at The Alexandra Stadium.

Seeking to respond almost nine years on, Tisdale made two changes to the weekend's team, with Max Ehmer returning from suspension, as well as Cian Harries coming in for Jonah Ayunga and Josh Hare.

Dismal conditions, similar to those causing the postponement of numerous fixtures up and down the country, greeted the Gas as they arrived in Cheshire to take on Crewe. 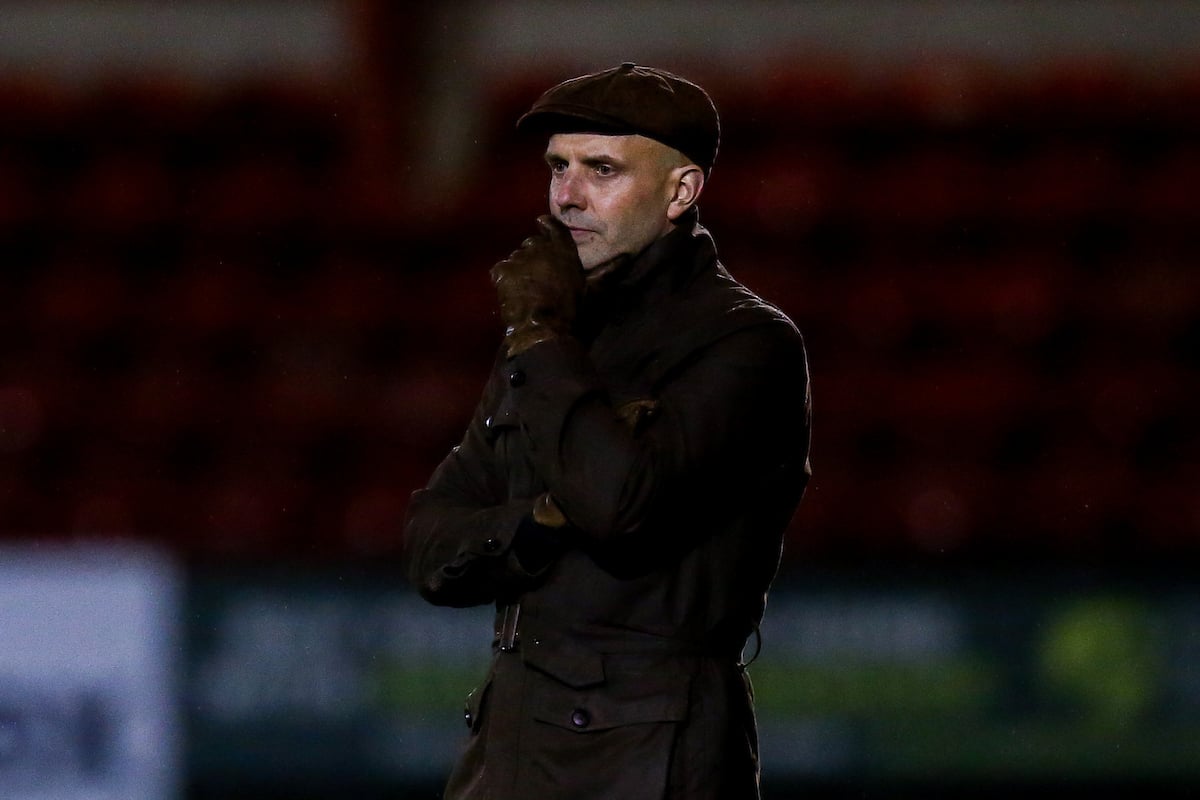 A crunching challenge from Luke Leahy inside a minute set the tone for the early stages, with manager Paul Tisdale acknowledging that in some cases, graft and nerve may be what gets Rovers through this run of hectic fixtures.

A cross early on caused a scare for the Gas, with Kilgour hooking a low drilled ball into the stands from close-range. However, the resulting corner spelt further danger, a neat set-piece unleashed Kirk on the right side of the box, before he toe-poked into the bottom left corner from the angle. An early blow for the Gas.

Rovers' response came through their number 9, with Brandon Hanlan's powerful runs at the Crewe defence causing trouble in Alexandra's defensive ranks. A crucial challenge from Lancashire halted a run that had already evaded Beckles as Hanlan looked to carry the Gas back to level footing.

22 minutes in, Crewe had doubled their lead through midfielder Ryan Wintle. Nicely worked down the left flank, the Alex managed to shift the ball inside to Wintle who worked half a yard in a central area. His shot took a deflection yards in front of him, but it bounced kindly, wrongfooting Day and sending it into the net.

A side-efforted effort from Zain Westbrooke looked to create a response, as he received a lay-off from Ehmer on the right flank. Westbrooke struck it first-time, curling a shot over the bar. 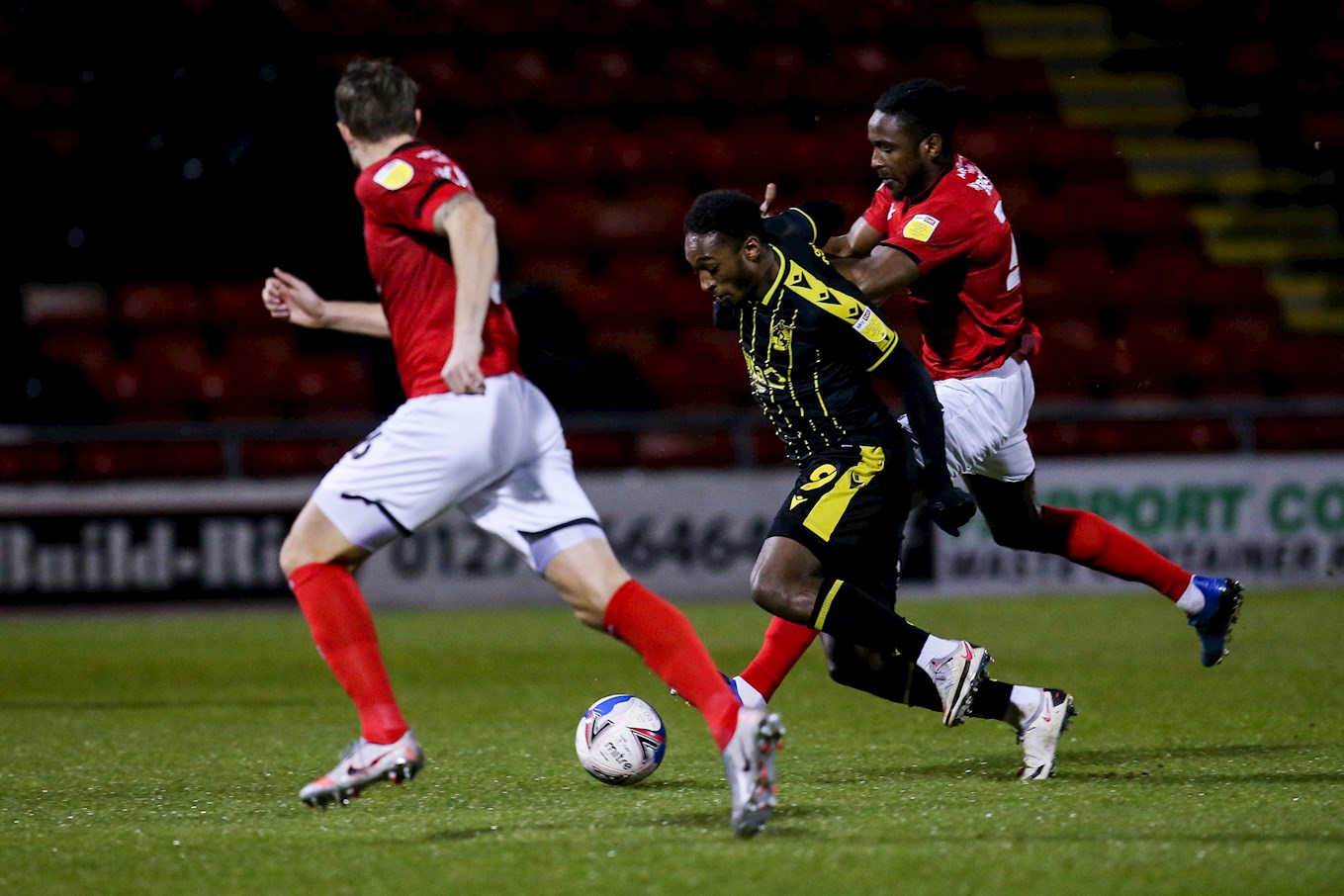 Not long after, Westbrooke worked Richards again, this time from a free-kick around 25 yards out in a central position. It looked to be heading for the top left corner, but a crucial touch of Richards took it wide.

From the resulting corner, the ball was worked out to Josh Grant on the edge who looked to bend an effort goalwards. It possessed enough power to root Richards to the spot but went narrowly wide.

Just before the break, Ed Upson went down in the centre of the park with injury and was promptly subbed off, with Josh Barrett replacing him. An injury to Luke Offord prompted a further pause in play, with 6 minutes added on at the end of the half.

This wouldn't be the end of the action in the half though, as Owen Dale received a venomous pull-back from the byline before diverting towards goal. With Joe Day stranded at the front-post, a vital touch from Jack Baldwin diverted the strike from danger. 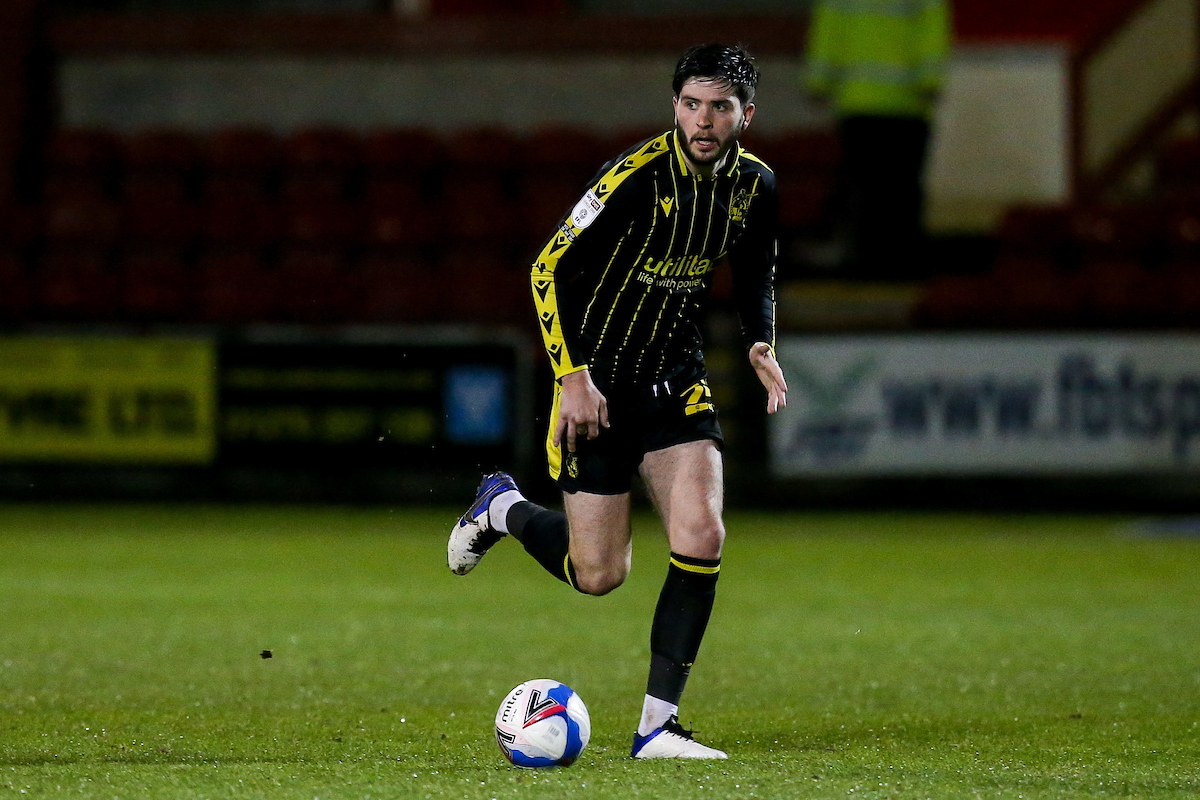 Minutes into the second half, the Gas were back in the game. A lovely delivery from the right corner found Luke Leahy in the centre, and not for the first time this season, he flicked a superb header towards the far post. Max Ehmer arrived and supplied the finishing touch on his return from suspension. 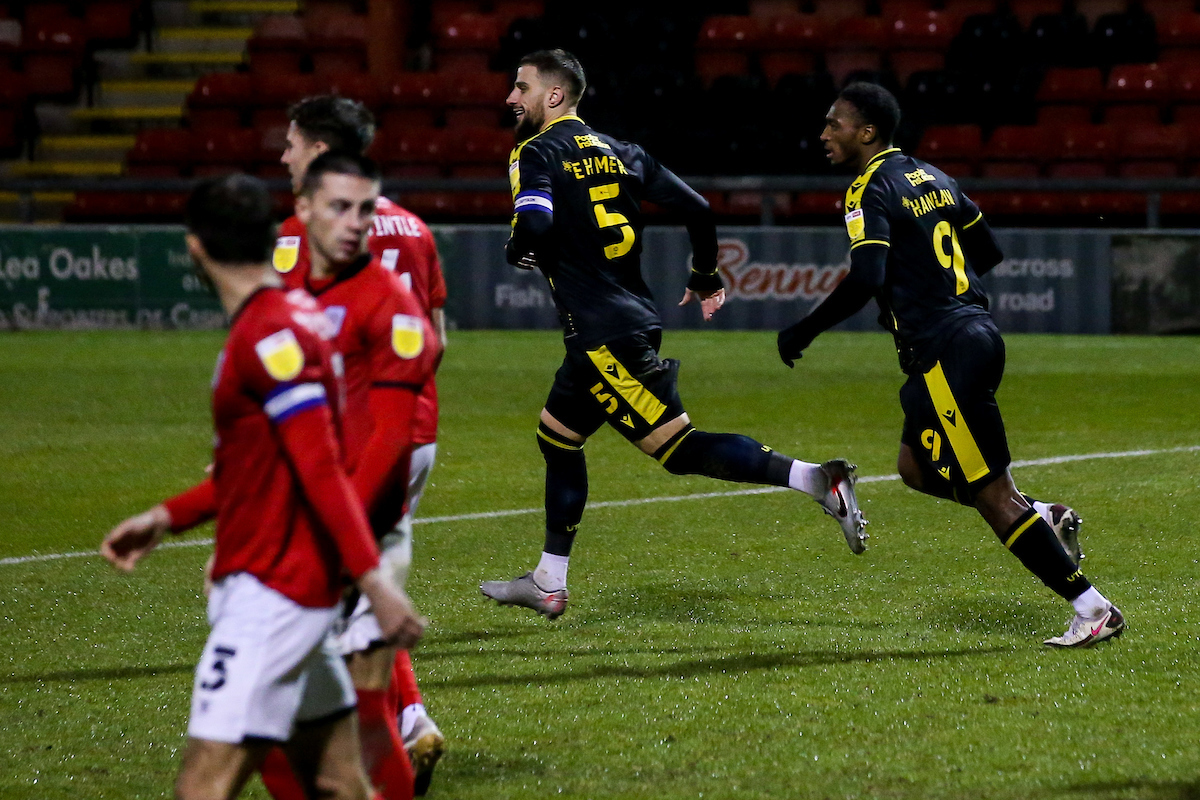 Moments later, Rovers had levelled things up. A foul conceded by Omar Beckles on the edge of the box allowed the Gas an inviting opportunity from the dead ball. McCormick had watched Westbrooke test Richards from a similar chance earlier but allowed the 'keeper no chance with this effort. A delightful curled strike, picking out the top right corner in style. As the commentator said, 'if that had happened in the Premier League, it'd been talked about for weeks and weeks.'

Up the other end, a set-play stung the Gas again. A free-kick from Lowery hit the danger area perfectly, with Oliver Lancashire latching onto it with a diving header into the roof of Joe Day's net, to retake the lead for Crewe. 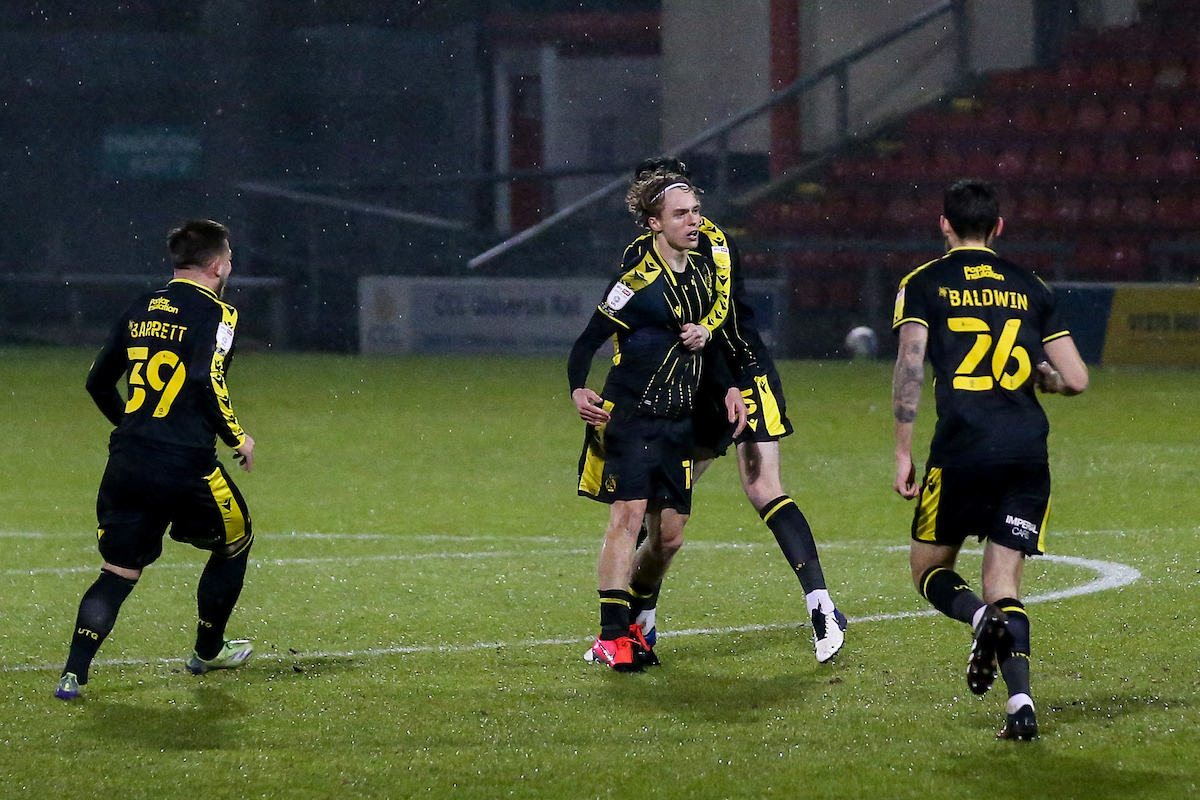 As the game approached the 70th-minute mark, Max Ehmer had the chance to double his tally. A beautiful deep pass from Harries over the top picked out the captain, who attempted to slot in from the angle on the right side, but saw Richards out well to block clear for a corner.

Two changes followed, with Koiki and Rodman coming on, with Leahy and Harries making way.

A weak effort from McCormick didn't cause Richards much trouble shortly after the changes, as Westbrooke headed down to the Chelsea loanee on the edge of the box. It bounced through towards the net, where Richards could collect.

A series of Crewe blocks averted massive Rovers danger as Josh Barrett looked to ghost his way into space before shooting from inside the box after receiving a low ball from Westbrooke. He saw his strike blocked into the path of Hanlan who took a touch before striking from close range, seeing that also closed down well and hoofed out.

Another scramble resulted in Josh Grant scratching his head as he slashed at a knockdown from a corner, seeing his effort roll narrowly wide of the Crewe post.

Owen Dale should've finished the game for his side with five to play, latching on to a lofted delivery in acres of space inside the Rovers area. He opted to head towards the back stick, but watch Joe Day scramble to his right before seeing it past the post.

In the end, the Gas were left frustrated, with their opposition holding firm against a late surge of pressure, sending Rovers home empty handed. 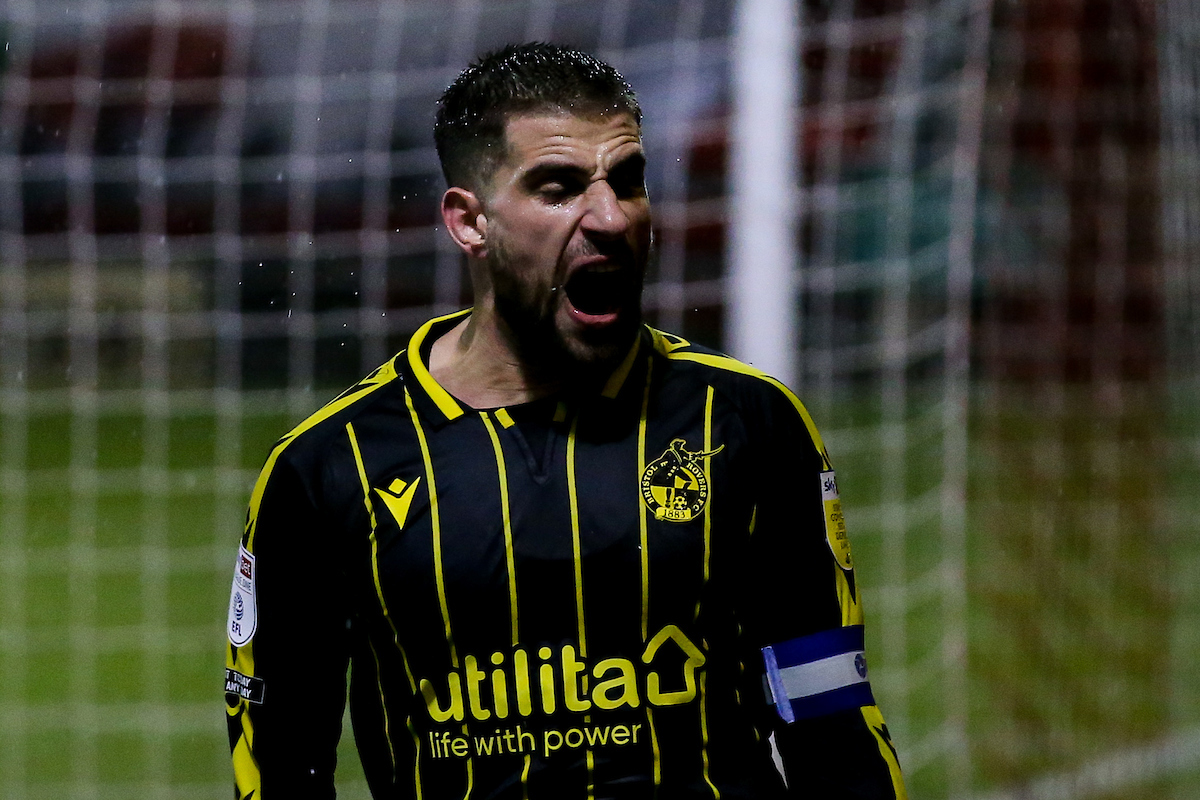 The Gas head to the Kassam Stadium on Saturday to face Oxford United. 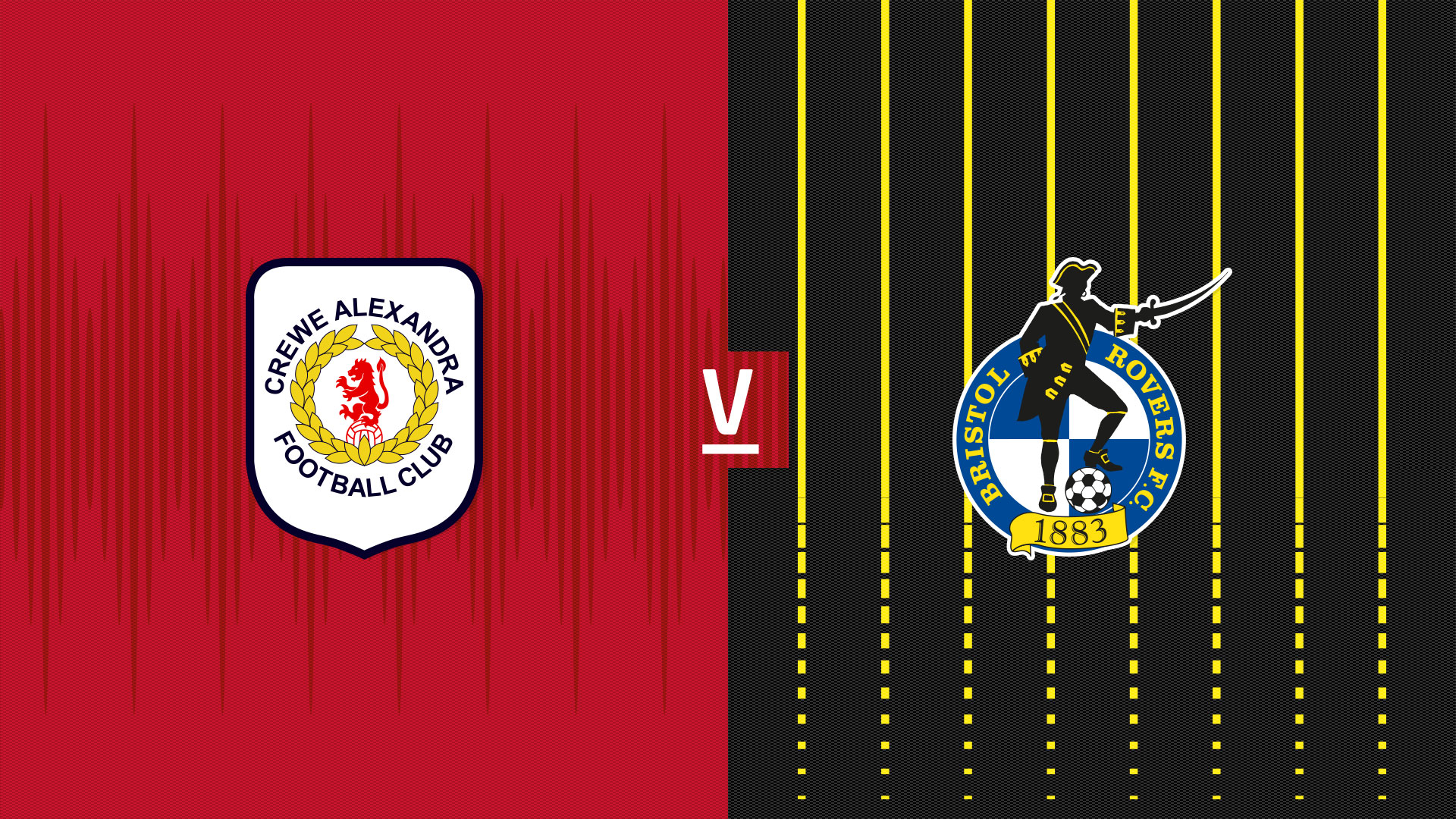 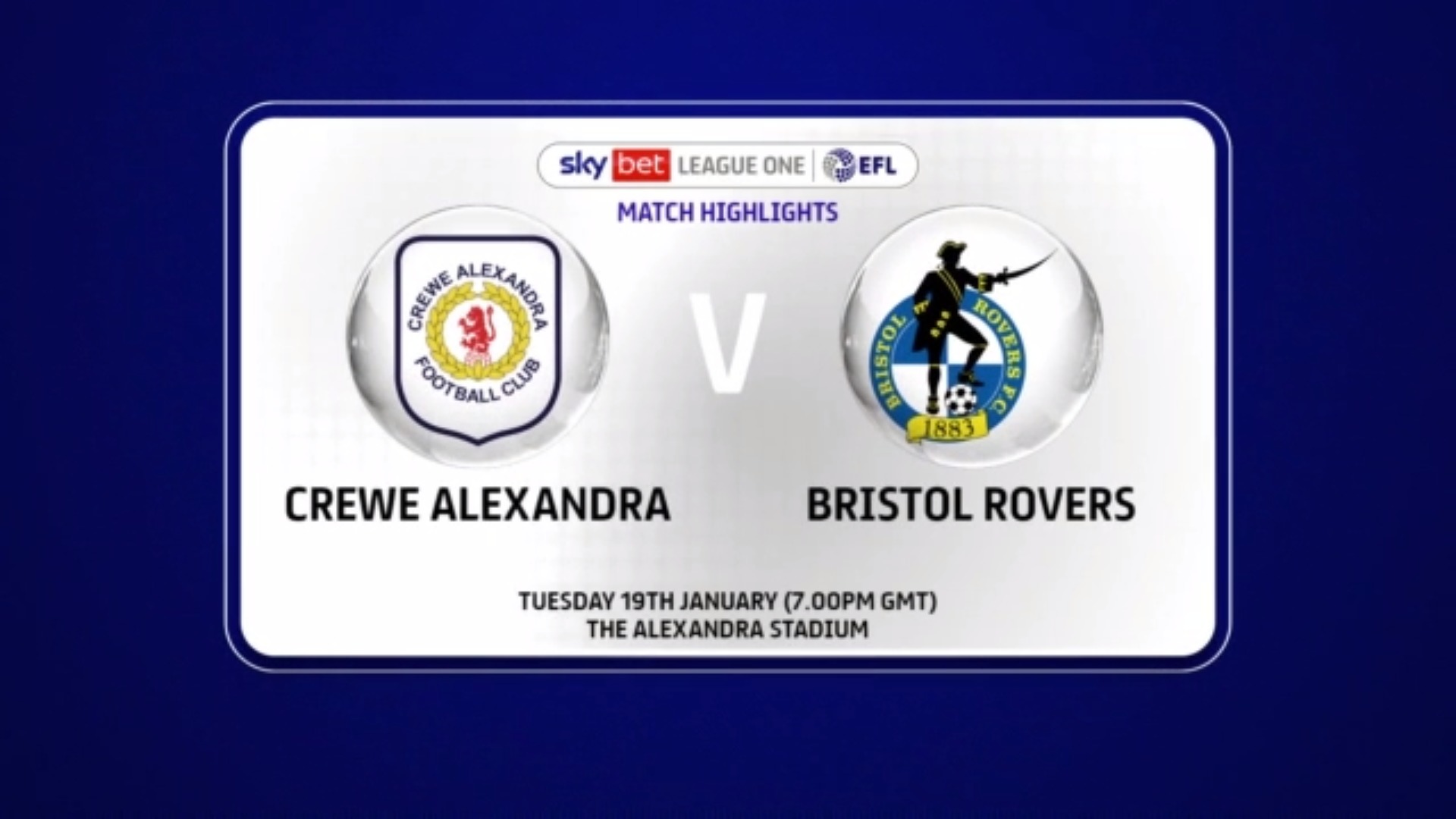 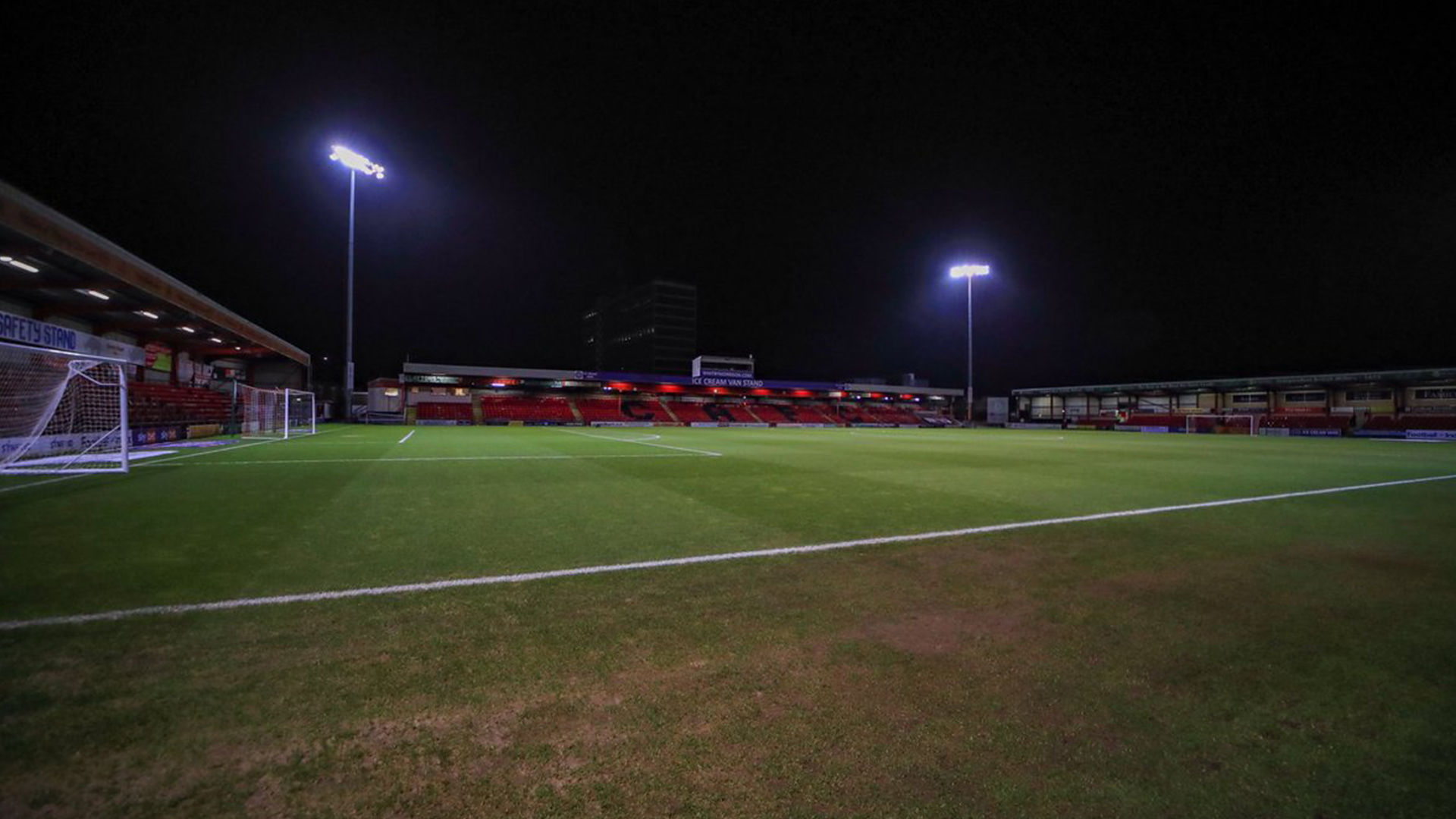