The Gas host Premier League Sheffield United this weekend in the FA Cup 3rd round, check out our full preview below...

Hotly anticipated when the 3rd round draw took place in late-November, the Gas look forward to hosting Sheffield United this weekend as they look to pull off a shock in the world's oldest cup competition.

A victory over Blackpool will buoy confidence after Tisdale's Gas put possible fatigue from their enforced COVID-19 break to bed, securing a 2-1 victory at the Mem on Saturday. The goals from Brandon Hanlan and Sam Nicholson were of outstanding quality, but Tisdale will be hoping his side can be even more clinical in front of goal going forward. 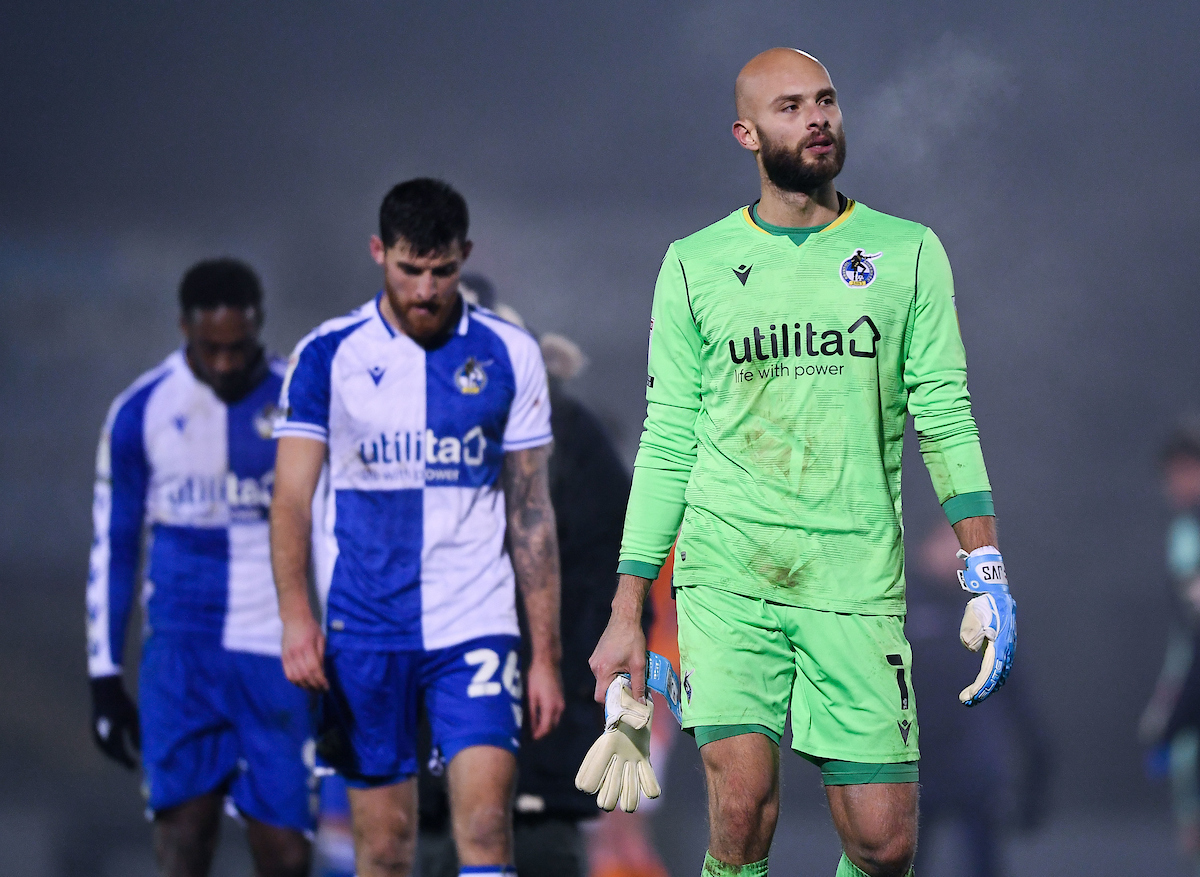 Ahead of his side's cup game, Paul Tisdale spoke to the press and covered topics such as the loan addition of Joe Day, his memories of the Emirates FA Cup and his thoughts on Saturday's opposition.

Blades boss Chris Wilder spoke about his thinking heading into Saturday's tie, saying, “We’ve possibly got 16 outfield players fit and healthy to travel. We have to get back to basics. This is a huge game for us as a football club because of the situation we’re in. We need a win.”

The Gas should not be complacent regarding Sheffield United's well-documented struggles in the Premier League this season, with Wilder's side picking up two points so far this campaign. This United side largely remains one that went toe-to-toe with some of the best in the 2019/20 season, and finished a strong 9th, after flirting with European spots for most of the season.

This season hasn't been a continuation of the fairytale so far, with recent narrow losses against Everton, Burnley, and Crystal Palace pushing the Blades further adrift from Premier League safety. Wilder will likely look to this FA Cup game as an opportunity to kickstart his side's league form, with Rovers expecting a tough game this weekend. 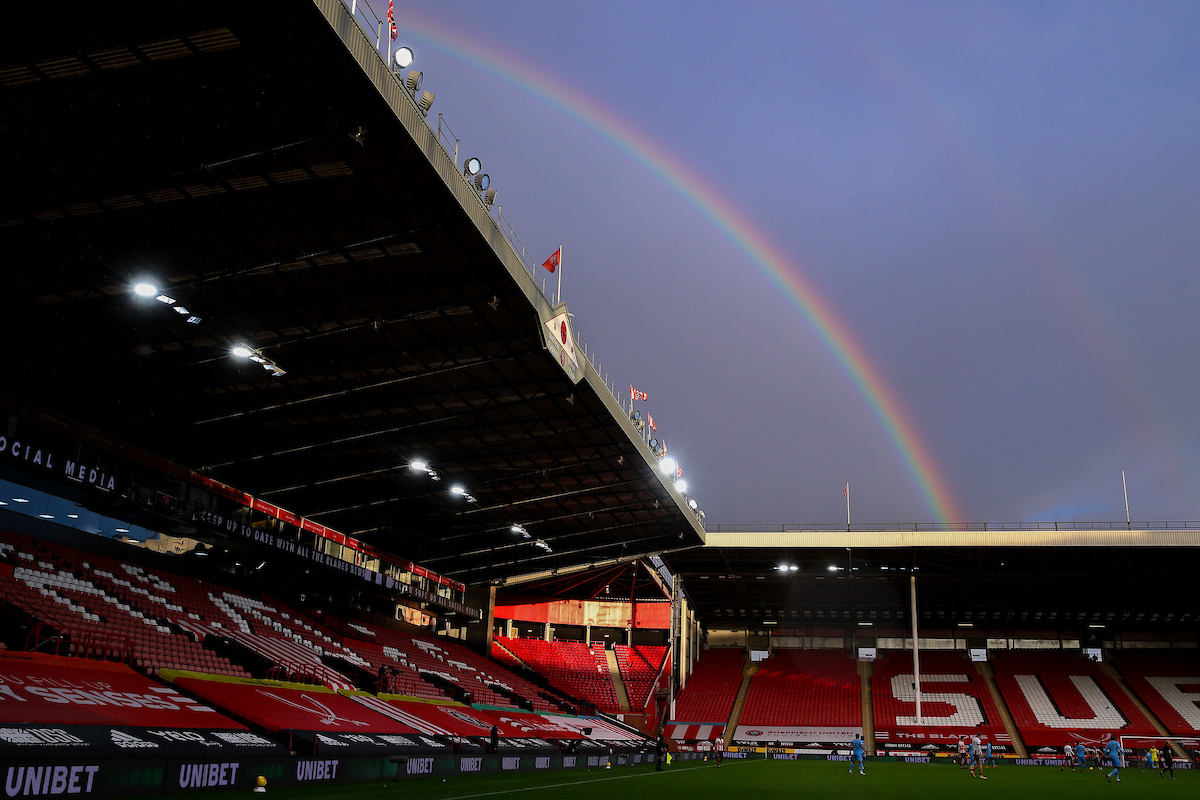 Such is the trajectory of the Gas' opposition this weekend, it's easy to forget that the sides last met in the league in just 2017! In a campaign where Rovers solidified their status in League One following back-to-back promotions, a well-fought 0-0 draw against the title-bound Blades left Darrell Clarke pleased with his side.

This weekend's tie has been selected for live streaming on BT Sport platforms, and is being streamed in over 100 countries around the globe! To find out more about where you can catch the Gas wherever you are, check out the story below.

The FA Cup 3rd Round weekend is likely to bring its usual dose of magic and cup drama as sides from across 8 tiers of English football meet, with some mouthwatering ties on the way. A highlight of the draw has to be Marine AFC's home tie against Tottenham Hotspur, at the time of drawing, the highest rank side in the draw versus the lowest, with Jose Mourinho set to take his squad of internationals to Rossett Park. Elsewhere, Chorley face Wayne Rooney's derby side on Saturday, and Morecambe make the journey down to Stamford Bridge to take on Chelsea. Other noticeable ties include Southampton against Shrewsbury Town, Crawley Town versus Leeds United, and Burnely's home game against MK Dons.

The Gas' FA Cup journey comes to a dramatic end at the Mem...

This game will definitely go down as action-packed, but when Mousset fired in early doors, the Gas perhaps didn't see as much of a spectacle over the next 90 as would later come to fruition, with the Blades in the ascendancy.

Kilgour's header from a well-delivered corner in the first half leveled things up before the Blades would once again take the lead after the break, through Burke. Max Ehmer supplied a rapid response from a corner before the away side would hit a comeback blow of their own through Bogle. The 2nd half goals all coming inside 4 minutes.

The Gas were determined not to go out with a whimper but saw their attempts to break down United batted away in the late stages. 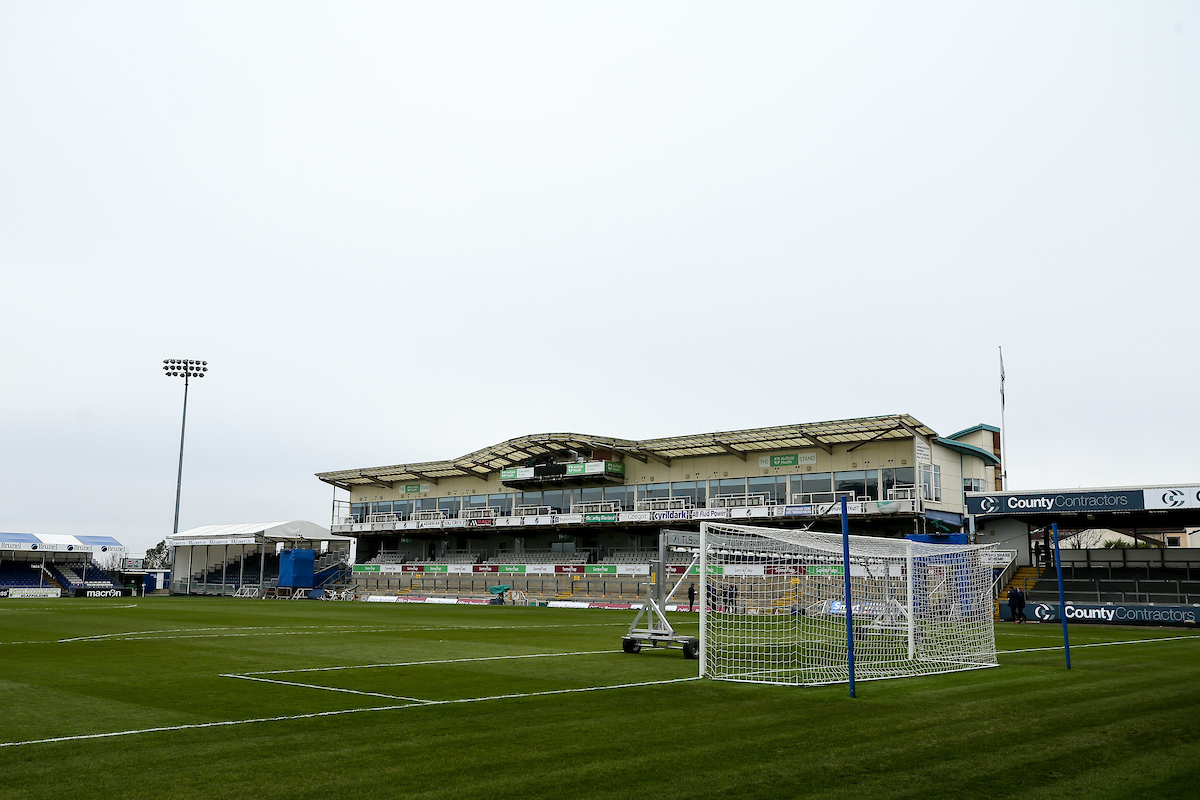 Two changes came from Paul Tisdale ahead of his side's 3rd Round game, as Jonah Ayunga replaced the injured Sam Nicholson, and Joe Day started on his debut, coming in for Jordi Van Stappershoef.

Cagey opening stages were punctuated just after the 5-minute mark as Sheffield United stamped their authority on the fixture with the opening goal. A smart cross whipped in from the left flank found the head of Lys Mousset who expertly diverted into the top left corner. It looked to be cannoning off the bar, but a deflection off the diving Joe Day took it back into the Rovers net.

Sheffield United continued to show their class, halting Rovers' surges forward, while digging out chances of their own. David McGoldrick found space to curl an effort towards Day's goal from outside the box on the 12th minute but saw it go wide.

John Lundstram's lung-busting run into the area was brought to an end crucially by Jack Baldwin 5 minutes later as the Gas looked to fight their way back into the game.

On the 20th minute mark, a bolt from the blue was enough to get the Gas back into it. Zain Westbrooke delivered a superb ball into the area from a free-kick on the right flank, but a lot needed to be done to convert the cross into a chance. Kilgour competed well, leaping highest to get his head on the delivery and convert into the top left, past the outstretched Aaron Ramsdale. Another iconic goal to add to Kilgour's expanding collection.

Shouts came for a penalty on the half-hour mark as Luke Leahy launched a challenge on Jayden Bogle inside the Rovers area, the left-back scooped out the ball cleverly, but the Blades bench voiced their discontent as the ref' waved the penalty shouts away.

McGoldrick would ghost forward soon over, but rocketed his effort into the back of Baldwin, and saw it deflect well wide.

The resulting corner prompted a big save from Joe Day, who palmed John Lundstram's strike on the spin, which looked bound for the top right.

On the 35th minute, the Blades thought they'd taken the league. John Egan climbed above Leahy to head goalwards, but Joe Day's outstretched finger pushed the effort back out. Mousset followed in to stab home, but the ref' had blown his whistle, judging that there had been a foul on Leahy by Egan.

Ed Upson forced a save up the other end, as Rovers broke quickly first through Hanlan, before he found Oztumer. The agile midfielder turned back in the area and played it to Upson who hit an effort first-time from the edge. His effort was goalbound but saved comfortably by Ramsdale. 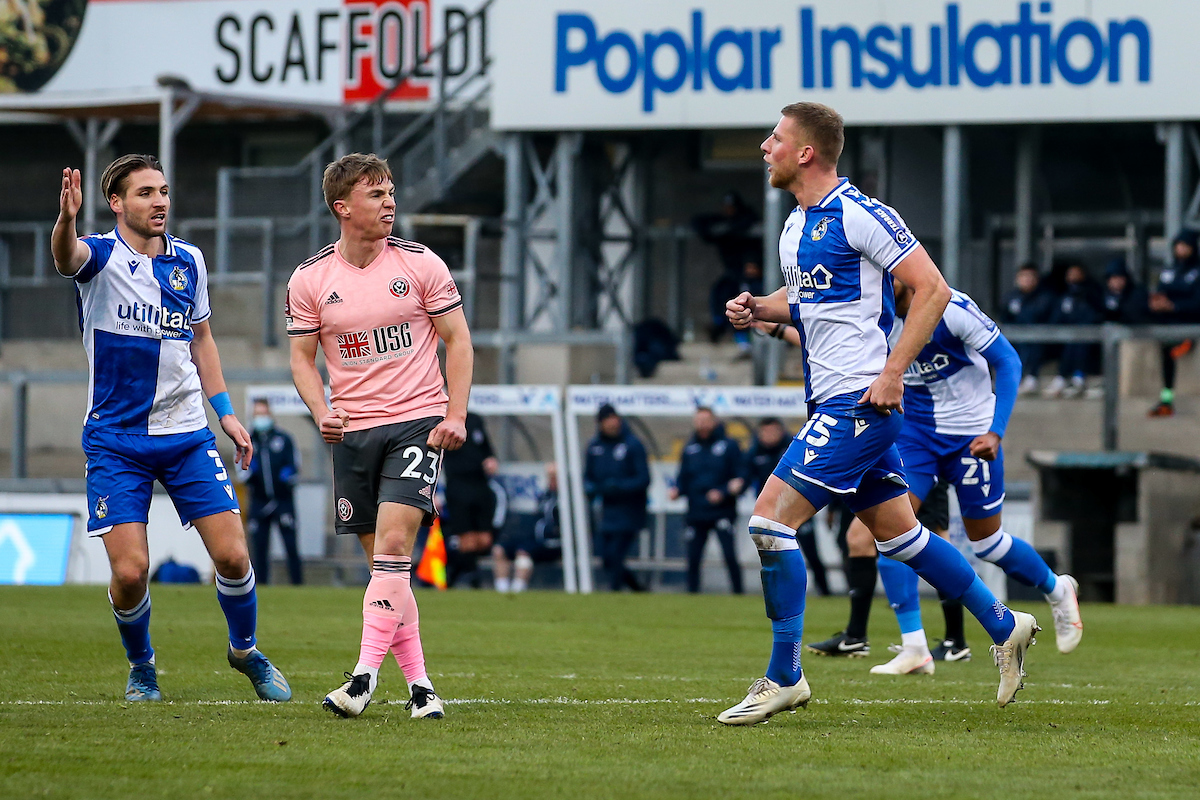 Rovers started the 2nd half well but couldn't carve out a clear-cut chance, whereas United, while on the back foot, found the first chance of the 2nd period, as Bogle controlled a cross before striking from inside the box. Leahy was well aware though, throwing his body in the way to block wide.

Having just come on as the first change of the game Oliver Burke may have got cold feet as he received a pullback around 12-yards out. It looked easier to find the target than miss, but he scuffed his first-time shot well wide.

Leahy seemed a constant barricade between the opposition and the Rovers net as he got another touch on a McGoldrick strike to deflect wide. United would then strike another effort towards the top right corner soon after, with a touch from Joe Day needed to take it over.

On the hour mark, Sheffield United set through Oliver Burke on the breakaway, with Rovers furious a foul wasn't given on Baldwin in the build-up. Oliver Burke made no mistake in the one on one though, converting past Day to put the Blades back in the lead.

Seconds later, Rovers were back level, a superb corner came into the area from the right side. Jack Baldwin arrived onto it, flicking a header back across goal, with Max Ehmer then arrived to prod home and level things up from close-range. 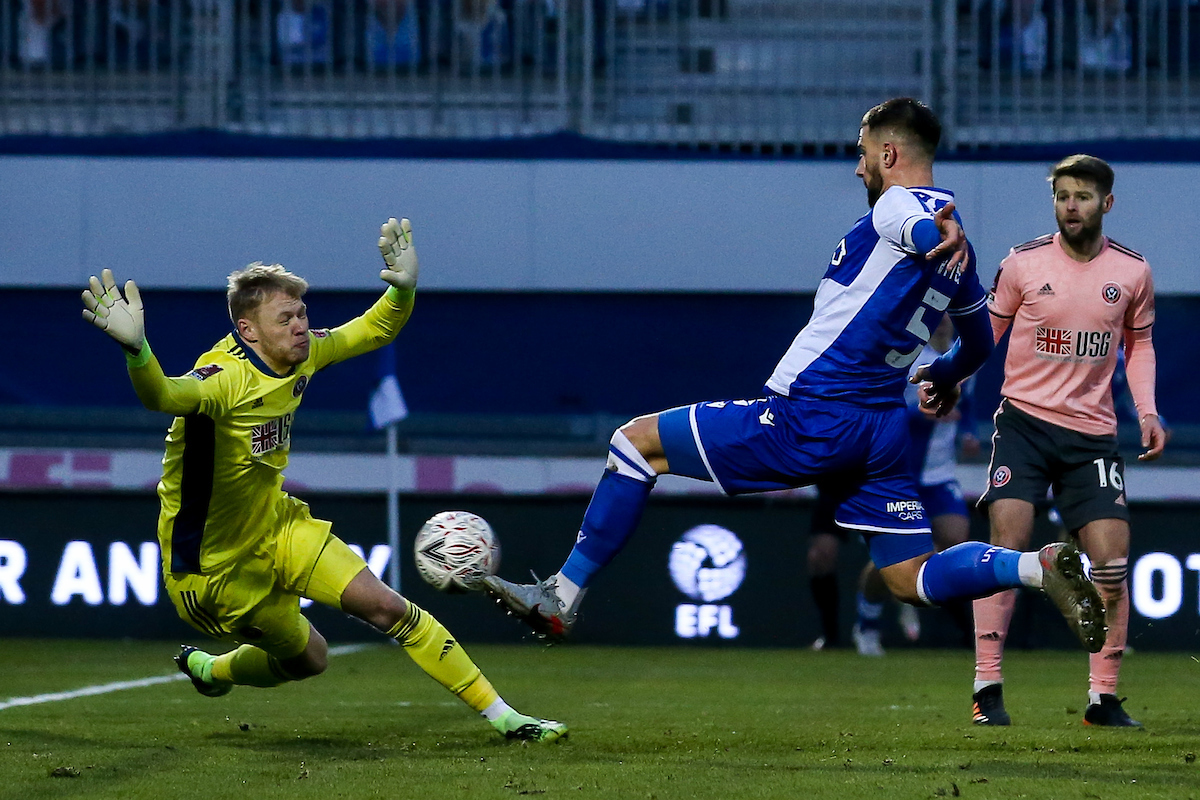 The goals weren't over there, with the Blades then responding with one of their own as Jayden Bogle found space at an angle inside the Rovers box. He ghosted his way in on the right side of the 6-yard box before firing low past Day to recapture the lead.

Oliver Burke had the defence unlocked again on the 67th minute, rounding Kilgour before rolling a strike past Day. This time though, the post was on hand to save the day, ricocheting the ball back into the path of Baldwin who worked it clear.

5 minutes later, Ben Osborn would have another opportunity for the Blades as the Premier League side looked to put the game to bed. He arrived at the back post to a venomous cross and transferred all its power into his strike on goal. Aiming to find the near corner, he misfired by fractions, going into the side netting.

Oliver Burke would attempt another strike with just over 12 minutes to play, as he spun away from Alfie Kilgour as he slipped. The Scotsman wound up and curled a powerful effort goalwards, but narrowly cleared the bar.

Alex Rodman, freshly on from the bench, saw his effort dragged wide of Ramsdale's right stick from the edge of the box with just over 5 minutes to play.

4 minutes were added on, with Luke McCormick coming closest as a Josh Grant cross was chested down in his direction. He struck on goal with the ball bouncing, but Ramsdale collected well. 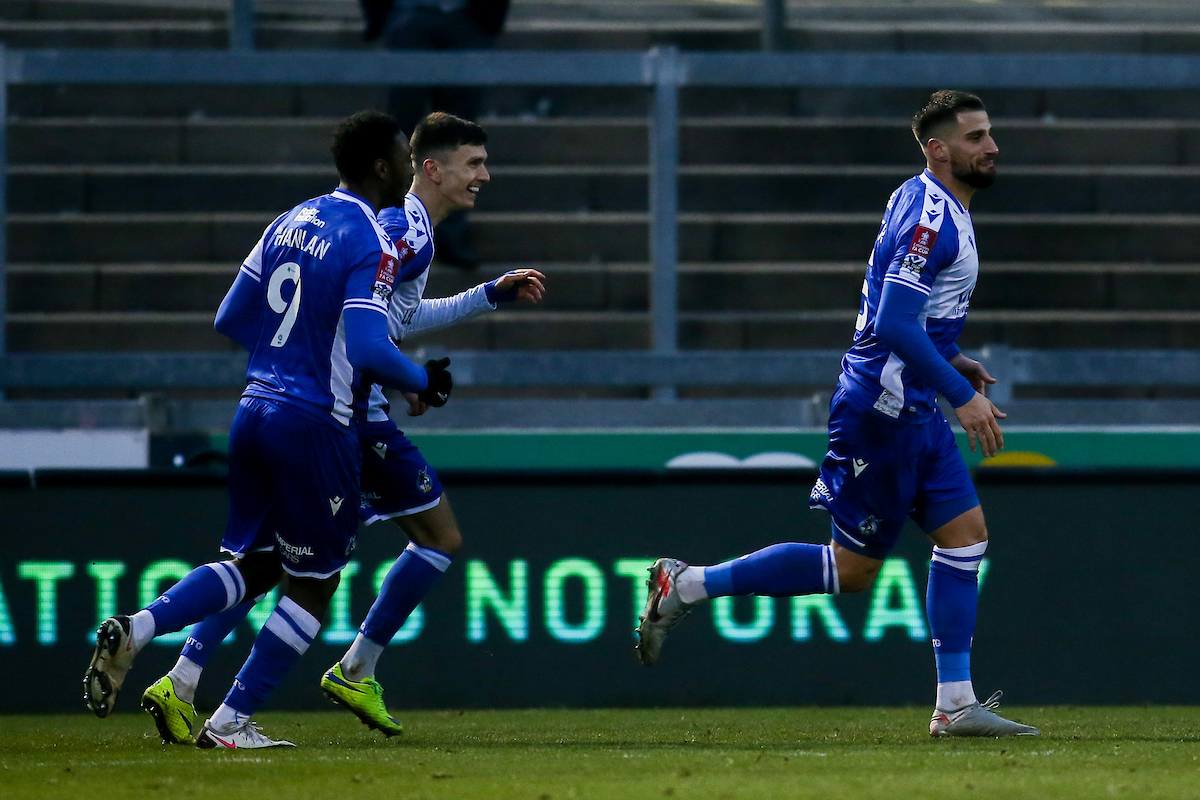 The Gas now host AFC Wimbledon in the Papa John's Trophy in midweek.