Rovers record a pre-season victory at Twerton Park - as Rodman and Little provide the goals in an apt test against Bath City.

With the majority of the playing squad banking 70 minutes on Saturday at Kidderminster, the rest of the squad had the opportunity to grab more playing time at Twerton Park in Rovers' latest pre-season outing.

As he did on Saturday, Rovers boss Graham Coughlan rotated the squad midway through the second half, in what was a competitive outing against our local neighbours.

Rovers enjoyed a positive start to the encounter - scoring inside five minutes thanks to pinpoint volley from a Michael Kelly cross that marked the first goal of the evening.

The home side twice struck the upright - with both efforts coming from set-pieces from Tyler Harvey, as the forward was narrowly denied in each half.

Ten changes in the second half allowed the full squad to get minutes under their belt - as Jordi van Stappershoef was left to complete the full 90 minutes.

With a little over ten minutes remaining, substitute Luke Leahy provided an accurate cross to assist Mark Little, as the defender thundered a close-range header home. 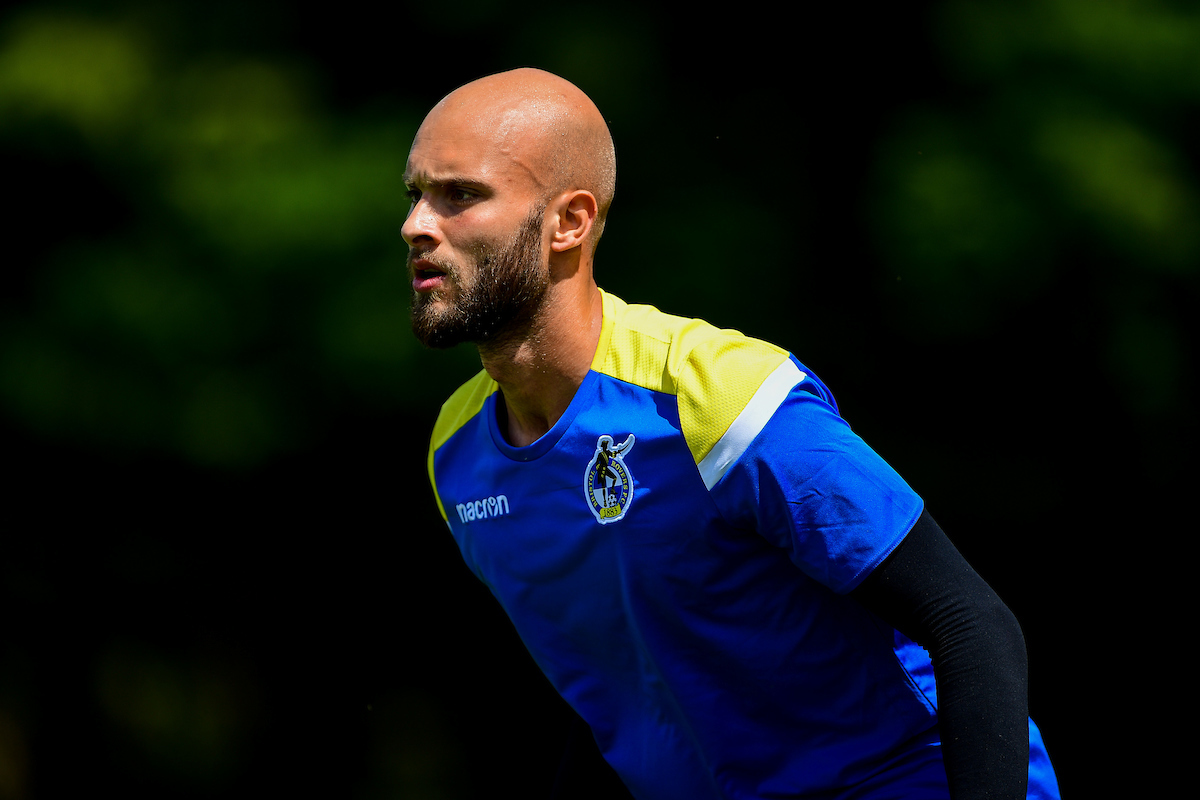 After completing 90 minutes on Saturday, Anssi Jaakkola gave way to Jordi van Stappershoef in goal, as the 'keeper was included on a teamsheet that included Josh Hare, Rollin Menayese and Tom Davies along the backline.

Up front, Deon Moore paired Gavin Reilly in attack, with the duo looking to build on a healthy goal return accumulated in pre-season.

In the early stages, both sides tussled to register the first opportunity on goal. A pleasant phase of play in the final third led to Michael Kelly being given the opportunity to whip a low ball into the box, but after producing a tricky delivery, the defender was flagged for offside.

In a similar position moments later, the defender was again able to produce an inviting delivery to the back stick, where this time Alex Rodman was in prime position to fire home a low volley that gave Clarke in the Bath goal little opportunity to make the save.

The game had a good tempo throughout the first half, as the hosts thought that they levelled the encounter when Tyler Harvey forced home from close-range after a set-piece fell to the forward inside the box, but the lineman's flag on the far side was promptly raised to rule out the goal.

A steady stream of chances kept presenting themselves, as a well-directed corner from Liam Sercombe darted towards Tom Davies at the near post, but the defender met the ball slightly off-balance and guided his header wide of the target.

Gavin Reilly found himself with the opportunity to add to Rodman's goal as the 20-minute mark approached, as the striker latched on to a ball over the top and was able to dash in front of his marker to produce an opening on goal. The striker took a touch inside the area and arrived at goal with a narrow shooting angle, as Ryan Clarke spread his frame wide to deflect clear the effort from Reilly.

Reilly and Clarke went head to head again minutes later, as the Rovers striker was allowed space to turn inside the area, poking a low effort towards the bottom corner that Bath 'keeper Clarke did well to get an outstretched hand to, which proved to be enough to push the ball wide of the target.

The home side did prove to be a constant threat and came close to levelling the game midway through the first, as curling set-piece from Tyler Harvey bounced back off the inside of the post. The rebound deflected the ball across the face of the goal, as Tom Smith followed up the effort, but saw his close-range attempted ushered wide.

As the midway stage approached, Liam Sercombe provided a number of inviting crosses into the mix, but the handful of yellow Rovers shirts inside the box were unable to make a connection with the deliveries into the area.

Shortly after the interval, there was a scare for Rovers, as Tyler Harvey again looked to make good of a free-kick in a handy position. After striking the post on the first half, Harvey again found the upright with his side-footed set-piece that bounced wide off the outside of the post.

Rovers responded with two half chances, as a flat corner from Liam Sercombe glided towards Menayese, but the defender couldn't adjust to glance his header goalwards. The ball was recycled back into a dangerous position by Tom Davies, who cut out a chipped ball into the box that found Reilly, but with his back to goal, the striker's header lacked direction and ran wide.

Sercombe had the opportunity to test Clarke in the Bath goal on the hour, but from the very edge of the area, the midfielder's free-kick climbed steeply over the target.

Bath still set out in search of a goal to level the contest, as a low strike from Joe Raynes had to be dealt with by van Stappershoef, who produced a fingertip save to push the effort around the post.

As full time edged closer, both sides stuttered to amass chances. Adam Mann fired into van Stappershoef's arms after breaking inside the Rovers area, with his effort lacking any direction to form a test for the Rovers shot-stopper.

It took a top-quality cross from Leahy to breach the host's second-half defence to allow Rovers to double their lead with ten minutes to play. Leahy's swinging cross picked out the Little, as the defender was able to set himself steady to power home a header that flew into the net.

Rovers' next test in pre-season sees the squad head back to the Mem on Saturday afternoon, hosting Championship side, Birmingham City.