Rovers are back at the Mem on Saturday to take on 7th placed Walsall after two consecutive away trips to the north.

Darrell Clarke's side managed to pick up two points from their ventures to Bradford City last weekend, then Rochdale four days later, keeping clean sheets in both fixtures.

Those results mean Rovers are unbeaten in their last four games and have conceded just one goal; in the 3-1 victory over Coventry City just under a fortnight a.

Despite that, the table could read better with the Gas sat 18th with 10 points, however a win could push the side up to 14th if other results go their way.

Here's all of our pre-match content ahead of the clash at BS7.

Gaffer's View: Darrell took a session on Friday afternoon at the Mem in preparation for tomorrow's game and had a chat with press pitchside afterwards.

Player's View: Liam Sercombe has successfully made his return from injury and started the last two games, so we asked him to preview tomorrow's match.

Opposition: Walsall will be pleased with their start to the 2018/19 season, sitting 7th in the table with five wins and four draws from the opening 11 games. Last time out they were held to a 0-0 draw by Shrewsbury Town at home and prior to that had suffered defeats at the hands of Accrington Stanley and Doncaster Rovers, either side of a 2-1 victory on the road to 23rd placed Oxford United.

Last Time We Met: Rovers visited the Bescot Stadium in December last year for the reverse of this fixture and there wasn't much to write home about following a 0-0 draw in the Midlands. Both sides had chances to win the game, particularly when Tom Nichols was played in with a superb ball over the top by Liam Sercombe, but was denied by a strong save.

Tickets: There is availability on the day, but we do advise fans to purchase in advance to avoid queues. Online tickets can be purchased up until midnight on Friday, 5th October. To buy online click HERE.

Keeping Up With The Game: As usual, we will have updates throughout the game on social media. If you can't make it to the Mem on Saturday, supporters based abroad will be able to watch the game on iFollow. For more information about iFollow - please click HERE.

Rovers were dealt a late blow on Saturday afternoon as Walsall scored deep in stoppage time to steal all three points.

Ollie Clarke had the best of the chances for Rovers in the contest, as the midfielder saw a close-range effort cleared off the goal line in the first half and tested Liam Roberts from distance during the closing forty-five minutes - as Rovers almost found a late winner as a free-kick from Sam Matthews bounced off the post.

Rovers looked to be heading for their third successive draw and clean sheet, but were cruely denied their point when substitute Kieron Morris fired past Jack Bonham in the 93rd minute.

In the build-up to the fixture at the Memorial Stadium, Manager Darrell Clarke opted to make four changes to the starting XI that faced Rochdale on Tuesday evening.

Into the line-up came Daniel Leadbitter, Joe Martin, Gavin Reilly and Tom Nichols - as the attacking duo of Nichols and Reilly were deployed for the second home fixture in a row.

There were early anxious moments for Rovers, as inside the opening sixty seconds, Morgan Ferrier broke free into space inside the final third and tested Jack Bonham with powerfully struck attempt that the Rovers keeper pushed gathered on the floor.

With the game opening with a quick intensity, Rovers managed to craft chances of their own in the early stages. A well-weighted forward pass by Ollie Clarke almost ran into the advancing run of Gavin Reilly and forced Liam Roberts to race off his line to clear the danger. Roberts was again called into action to tip away an inviting free-kick from Chris Lines that had swung into a threatening location.

It looked like Walsall had grabbed the first goal of the contest as a ball into the Rovers area quickly turned into a melee of attempted shots and clearances before Luke Leahy bundled the ball home from close range. The goal was quickly disallowed as the referee deemed Leahy had committed a foul in the process, in what was a let-off for the home side.

Bonham showed his qualities again to deny the visitors, as an inswinging corner from Leahy threatening to curl towards the target, with the Brentford loanee staying alert to punch the ball clear underneath the crossbar. 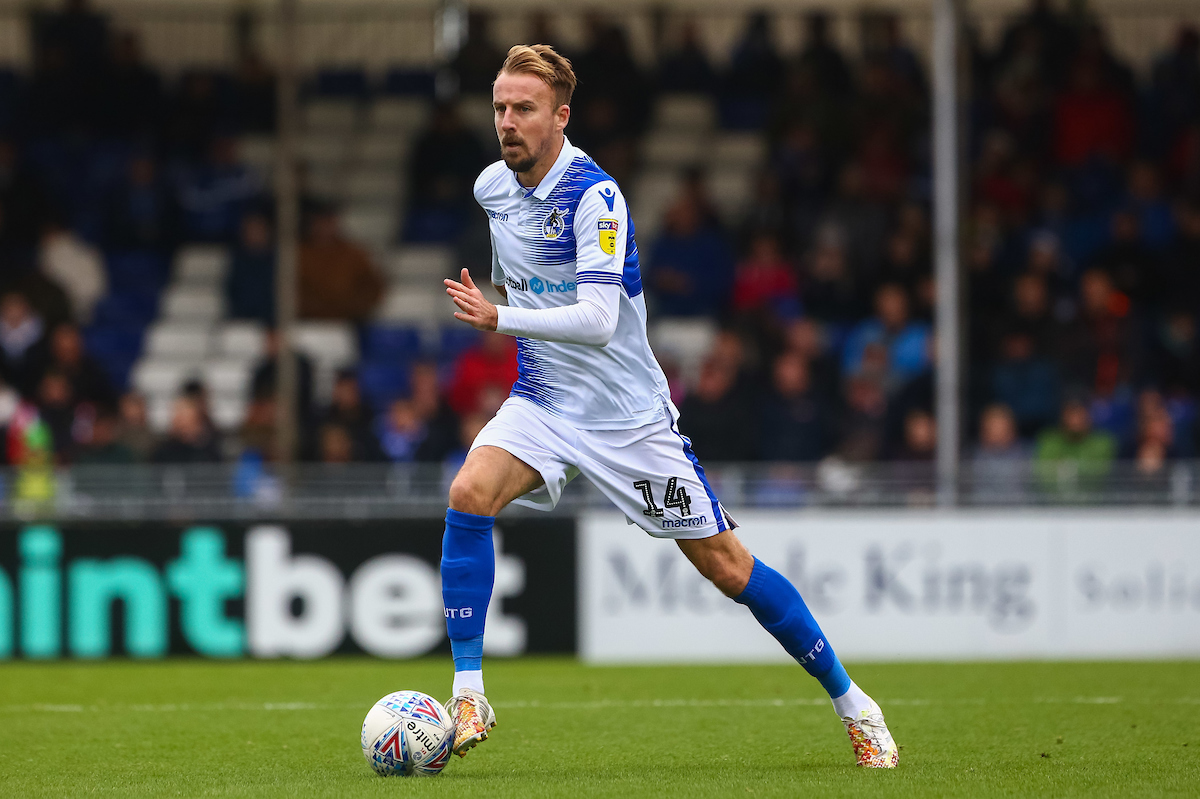 Lines' delivery into the box proved to be a constant avenue for Rovers to mount the attacking play. A set-piece from a wide right position was whipped into a congested six-yard area, as Ollie Clarke broke free to head towards goal - but the close-range header was touched wide as the ball flew sailed wide.

There were more routine saves from Bonham to clutch as close-range header from Andy Cook, as the hosts again threatened from a corner as Ferrier found himself free at the far post but was quickly flagged for offside.

With the interval approaching, a short corner routine for Rovers unlocked the Walsall defence. The move allowed Kyle Bennett to fashion a delivery across the face of goal, as Ollie Clarke managed to poke the ball towards the target, only to see his effort blocked on the line. As Walsall attempted to clear, Gavin Reilly went to ground under a hefty challenge, but the appeals for a penalty were quickly dismissed.

Rovers returned for the second half, they enjoyed an early prolonged spell of pressure inside the Walsall half. A series of sidewards passes from the attacking players constantly shifted the Walsall defence - as the phase of the play ended in Tom Nichols bending a right-footed shot that held its line as it bounced wide of upright.

On the hour mark, Manager Darrell Clarke made a double change, as Liam Sercombe and Alex Jakubiak were welcomed from the bench, with Kyle Bennett and Tom Nichols made way.

Walsall had chances of their own, as the visitors again tested Bonham. This time it was the turn of Andy Cook to make the Rovers shot-stopper work, as the striker recycled a slack clearance from the home side and launched a volley towards goal that was met by an impressive stop by Bonham, who dived to his left to produce one-handed save.

Rovers still looked to carry men forward in attack and almost broke the deadlock as Ollie Clarke produced a swirling shot from twenty-yards that Roberts in the Walsall goal had difficulty tracking. The goalkeeper could only push the ball back into the six-yard area, as Gavin Reilly reacted the quickest to attack the loose ball and saw a header glance just wide of the goal.

In the final change, Stuart Sinclair was replaced by Sam Matthews, as Rovers looked to explore more attacking options inside the closing ten minutes.

Matthews was immediately involved, as a bursting run forward saw the winger edge the ball to Gavin Reilly on the fringe of the Walsall area, but the striker's eventual shot was blocked and deflected away from goal.

The substitute didn't have to wait long for his next involvement as a low cross from the right from Daniel Leadbitter picked out the winger, who couldn't steer his first-time effort towards the goal to test Liam Roberts.

As the clock ran down, Rovers continued the intensity as a low effort from Ollie Clarke was almost touched towards goal at close-range by Gavin Reilly and a last-minute free-kick from Sam Matthews glanced the post.

How different it could have been, especially when Walsall charged up the other end with just a minute on the clock and Cook set the ball to Morris and midfielder fired low underneath Bonham to steal a late win. 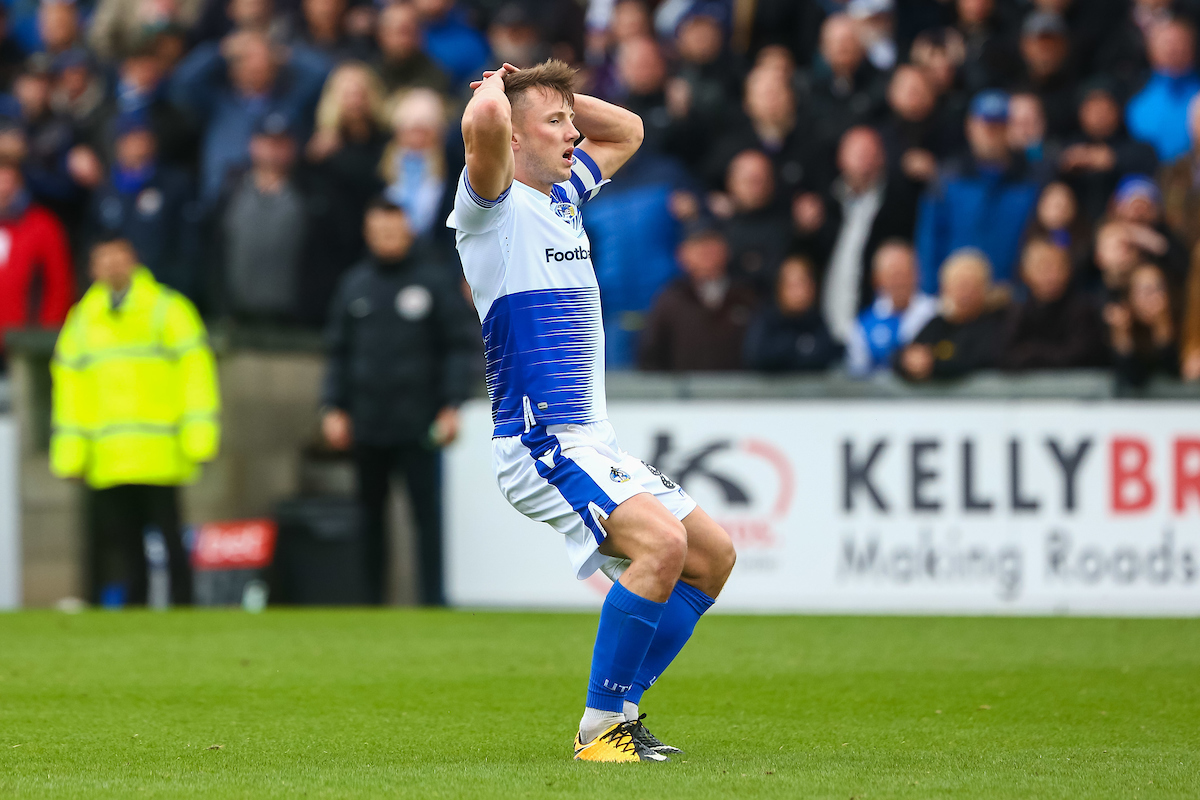 Tickets for our upcoming Sky Bet League One fixture away at Burton Albion will now be available on the day from the Pirelli Stadium.

Rovers travel to the Pirelli Stadium on Saturday, 13th October - for a 3pm kick off.

The Club has been informed that the fixture will no longer be all ticket.

Please note that all tickets will increase by £2 on matchday. 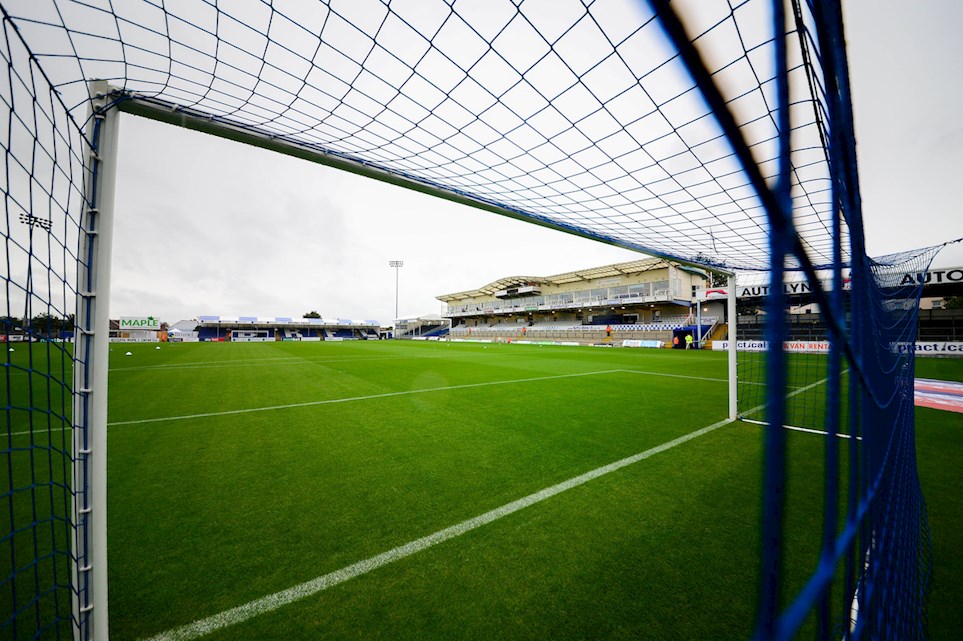 
Fans are advised to purchase tickets in advance of Saturday's game against Walsall at the Mem, to avoid queues.