The Rovers left-back talks to the press ahead of Tuesday's Sky Bet League One fixture against Doncaster Rovers.

An eight-game unbeaten run away from the Mem for Rovers came to end under the lights at the Keepmoat Stadium on Tuesday evening.

Early goals from James Coppinger allowed Doncaster to race to a two-goal lead - before a strike from Mallik Wilks put the home side three goals ahead before the half-time interval.

Seconds after the restart a long-range effort from Kieran Sadlier flung into the top corner for a fourth goal for the hosts. Jonson Clarke-Harris converted a penalty with just over twenty minutes remaining but weren't able to make any further dents in the host's lead.

With three games in the week, Rovers boss Graham Coughlan opted to freshen things up on the teamsheet on Tuesday night, making three changes to the side that drew in Devon on Saturday.

There was a return to the heart of the Rovers defence for Tom Lockyer, as Gavin Reilly and Alex Jakubiak were also given starts after impressing in the late stages of Saturday's draw at Home Park.

The home side settled into the contest the brightest of the two teams, with an early ball into the box almost picking out the unmarked Wilks, but the midfielder couldn't connect with his header and the far-post.

Grant McCann's side did mark the game with an early goal just four minutes in. This time it was Marquis' delivery into the box that did the damage, as the cross from the forward fell into the path of James Coppinger. The veteran midfielder turned and poked an effort towards the Rovers goal - with Jack Bonham getting a hand to the attempt, but not enough to keep the ball out of the net.

The 38-year-old helped the home side reach a two-goal cushion just minutes after - firing a low effort from 25-yards that looked to take a slight deflection that took the ball out of the reaches of Jack Bonham and saw the shot dart into the bottom corner.

Two goals behind, the Gas had to withstand further spells of pressure from the hosts. A tricky run into the Rovers area from Mallik Wilks saw the Leeds loanee jinx around the challenge of Tareiq Holmes-Dennis before forcing a shot that was swept away on the line by the covering Tony Craig.

Doncaster did get their third goal on the stroke of the half-hour mark. The speedy Mallik Wilks chased down a ball forward and was able to break to the ball ahead of the chasing Holmes-Dennis before the winger checked back on his run and coolly fired past Bonham for the host's third goal of the afternoon.

In response, Rovers had created chances to reduce the deficit in the final stage of the first half. Jonson Clarke-Harris saw a header held by Marosi, as Gavin Reilly raced through on goal and saw his well-placed finish stopped by the outstretched arm of the Doncaster 'keeper.

With the break looming, Clarke-Harris navigated his way to meet a delivery into the box from Ed Upson, but a deflected shot from the striker was pushed away by Marosi, with Andy Butler on hand to prevent the rebound falling kindly for Clarke-Harris. 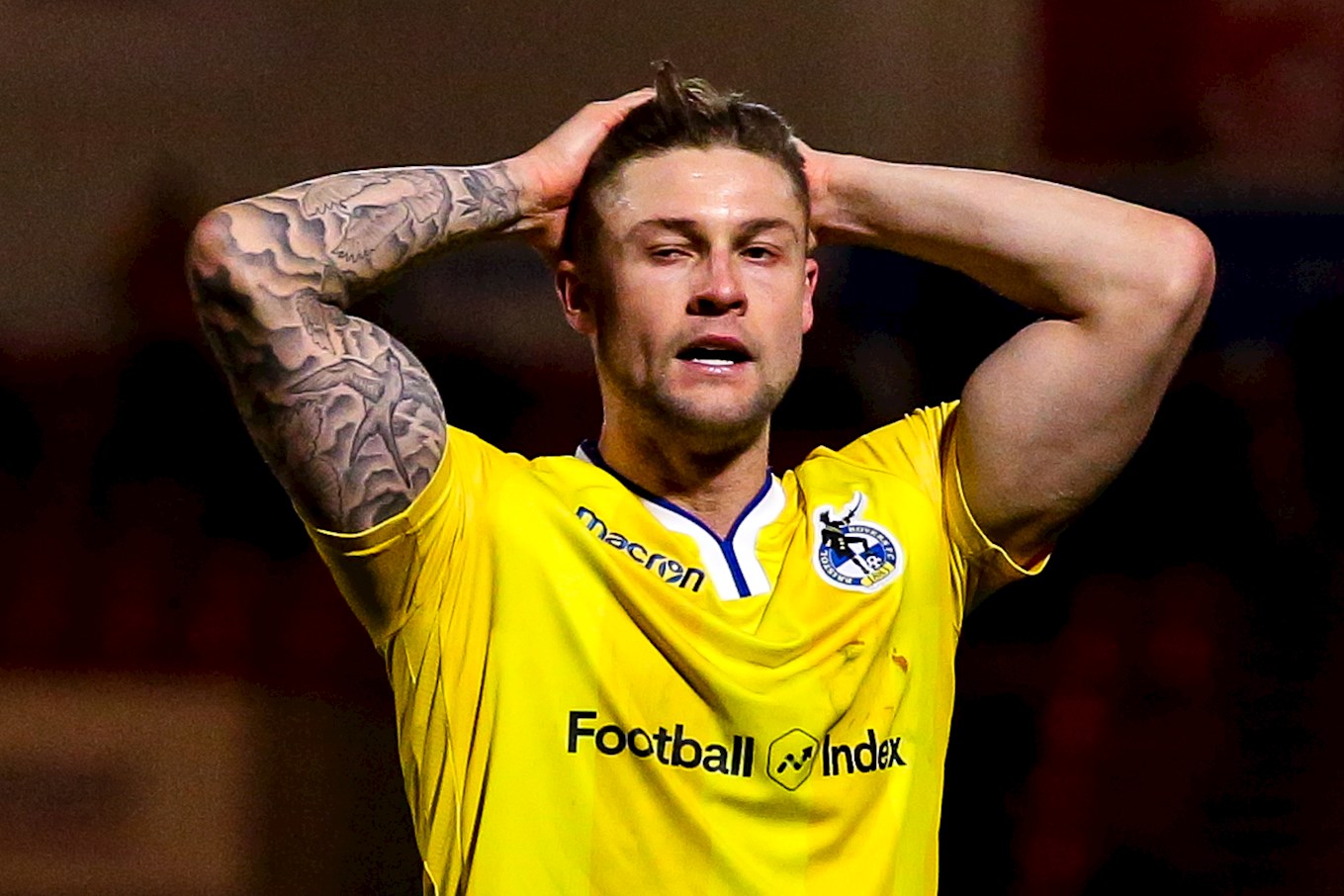 The second half was moments old when Doncaster grabbed their fourth goal of the evening. A break forward saw a loose ball settle for Kieran Sadlier to hit and the midfielder curled an effort from thirty yards into the top corner, with little chance for Bonham to prevent the shot reaching the target.

Jakubiak had an opportunity to reduce the gap as the hour mark approached, but a low shot from the striker from outside the area lacked the power to threaten Marosi, who was able to make a routine stop to claim the attempt.

Graham Coughlan's men were awarded a penalty shortly after, as James Clarke was shoved down in the penalty box following an adventurous run forward by the right-back. Clarke-Harris was tasked with taking the spot-kick and direct the ball in the opposite direction of the diving Marosi to register Rovers on the scoresheet.

The flow of the game slowed somewhat inside the final fifteen minutes, with James Clarke header coming the closest to pulling Rovers further back into the game, but the defender was denied by a fine stop from Marosi, who flung himself across goal to tip the effort wide.

Deon Moore was introduced from the bench in the closing stage, in what was the final change from Manager Graham Coughlan, with the striker making his first league appearance for Rovers.

Rovers' next fixture sees Luton Town travel to the Mem on Saturday. 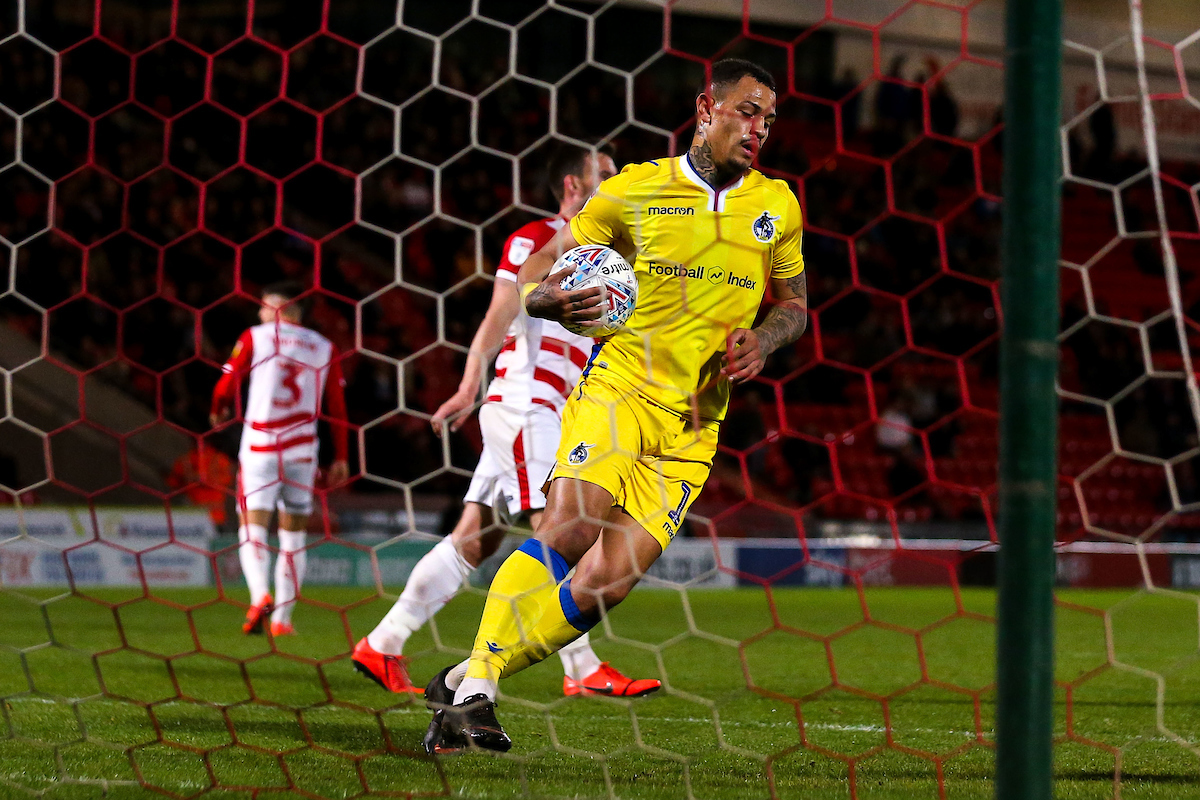 Tickets for our trip to face Doncaster Rovers are now on general sale.

Rovers travel to the Keepmoat Stadium on Tuesday, 26th March for a 7:45pm kick-off.

Ticket sales will be available on the day, subject to availability and these will be sold from the Club Doncaster Academy (next to the away turnstiles), two hours prior to kick-off.

Advance tickets for the fixture will not be available online, with purchasing options for supporters being offered in store or by calling, 0117 9096648 (extension 1) - these will be available up until 5pm on Monday, 25th March. 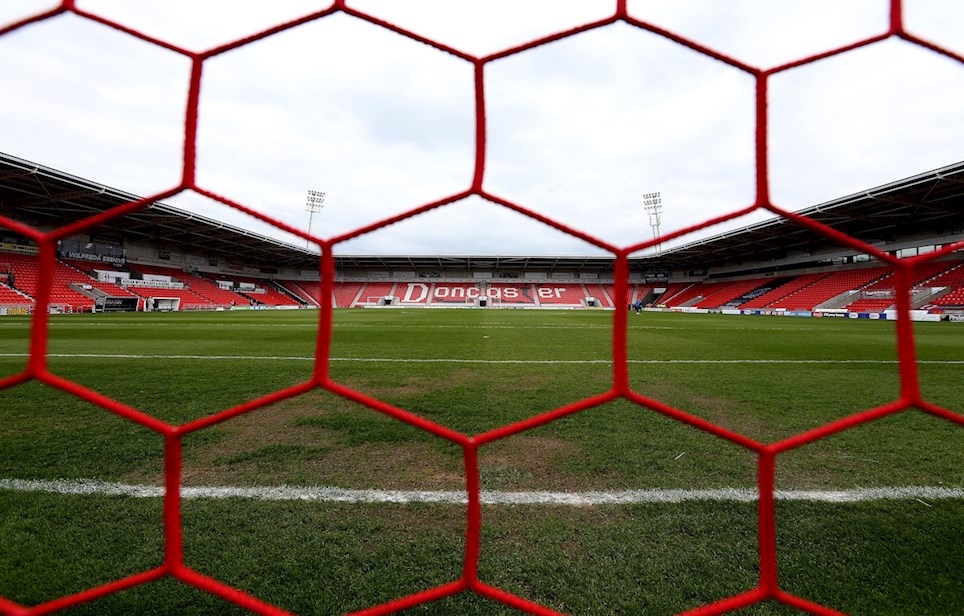 
Tickets for our upcoming trip to Doncaster Rovers are now on general sale.