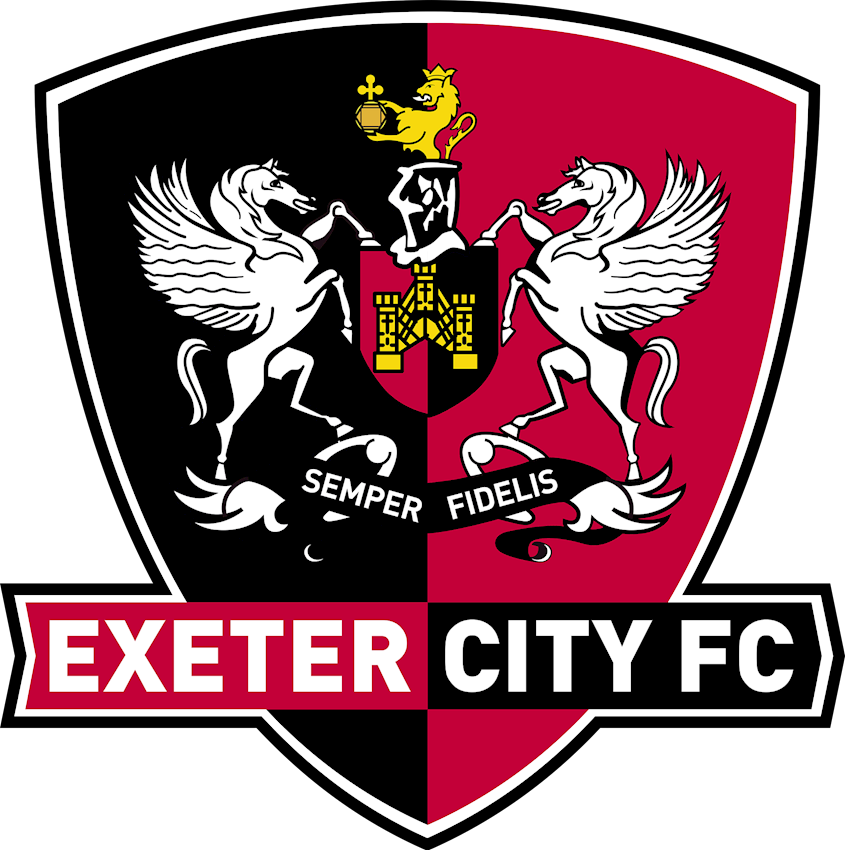 Rovers were humbled by Exeter City in their final game of pre-season, losing 4-0 at the Mem on

The Grecians led 3-0 at the break thanks to goals from Jonathan Forte, Dean Moxey and Hiram Boateng, before Troy Brown rounded off the scoring in the second half.

Darrell Clarke made four changes to the side that won in Holland, with Bernand Mensah, Ollie Clarke, Michael Kelly and James Clarke dropping to the bench to make way for Daniel Leadbitter, Tony Craig, Sam Matthews and Tom Nichols.

Rovers started the brightest, with Matthews pulling strings from out wide right and picking out two superb balls across to the left for Alex Rodman with the opening 10 minutes, on both occasions his shot was blocked.

Kyle Bennett went exceptionally close 12 minutes in, carrying the ball well about 20 yards towards goal before jinking inside and past two men and almost finding the bottom left with a curling finish but missed by a matter of inches.

The hosts were certainly enjoying the majority of possession inside the first 30 minutes, moving the ball around nicely in the opponents half but credit to Exeter they were defending firmly.

However there was a slight scare at the other end when a mix up between Slocombe, Lockyer and Broadbent almost saw Forte lift the ball into the net, but it bounced just wide.

Rodman had been very active down the left and had a great chance from a corner, making a run to the near post and almost turning in a volley to the far post but just missed the target!

Despite the host's dominance, they found themselves trailing just before the half-hour mark, with a rare Exeter attack coming down the right as Pierce Sweeney whipped in a low cross to the near post and it was turned in by Forte.

Three minutes later and Rovers fell further behind, as they struggled to clear a looping cross and the ball fell to Moxey at the back post, with the wide man sweeping it home on the volley.

To cap off a nightmare 10 minutes for D.Clarke's men, it was three with five minutes left of the half, as Boateng picked the ball up 25-yards from goal and curled what has to be said was an excellent strike right into the top corner.

The break saw two changes, Adam Smith and J.Clarke on for Sam Slocombe and Tom Broadbent.

There was little in the way in improvement after the interval despite again Rovers seeing more of the ball, and if four on the hour mark, with Brown stabbing home at a corner after the ball ricocheted around the penalty area.

Immediately after the goal there was a further two changes, Bennett and Nichols coming off for Gavin Reilly and Mensah; the latter straight into the action as he controlled Ed Upson's chipped pass nicely on his chest before volleying at goal, but it deflected just wide.

Shortly after that there was a fifth change, O.Clarke replacing Matthews.

Reilly featured for the first time this pre-season since the win at Melkhsam, and had a reasonable sight at goal when get got his head to Rodman's whipped cross but saw it loop over the bar.

Rovers then made yet another change, with skipper Lockyer making way for left-back Kelly.

The hosts only two real chances to score in the second half came within seconds of each other, first as Mensah did well to release Reilly down the right, the Scotsman drove into the area and found O.Clarke five yards out but he was somehow denied by the keeper.

As a result to ball ricocheted out to Upson on the edge of the box and he attempted to curl it into the top corner, missing by the finest of margins.

Rovers seemed to liven up following the introduction of Mensah and Reilly, with the former going close with a curled effort from just outside the box the was just over the bar.

However they weren't to find a way through as the game ended with a 4-0 defeat in Rovers final pre-season game.

Tickets for our upcoming pre-season fixture against Exeter City at the Memorial Stadium are now on sale.

The North Terrace, North West Terrace (Formerly Family Terrace), West Stand and West Terrace will all be open for the fixture.

Tickets are now available instore from the Club Shop at the Memorial Stadium or online by clicking HERE.

On the day, tickets will be available from both the match day ticket office and on the gate.